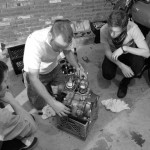 Also, each piston has 3 rings on it… bottom is oil ring, and top  2 are compression rings. So… the middle ring on each piston was “stuck”. Meaning that it didn’t have any free play in it.

We re-assembled the engine on a tuesday night. Then put the engine back into the frame on saturday.

After several kicks, it fired right up and runs awesome. No more smoking. Did the timing and points. Rode it around fairmount park for a bit on sunday. It runs awesome!!! 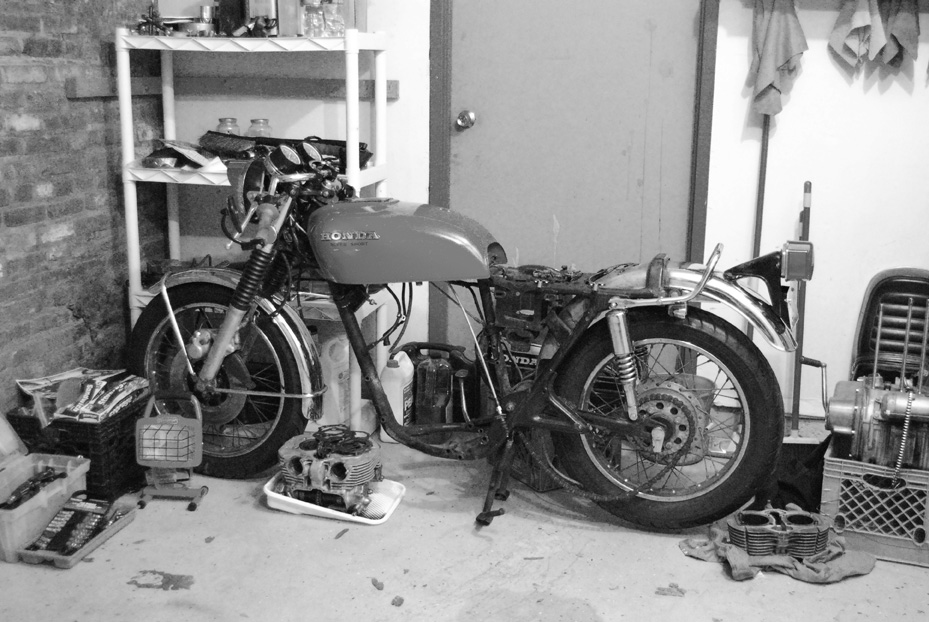 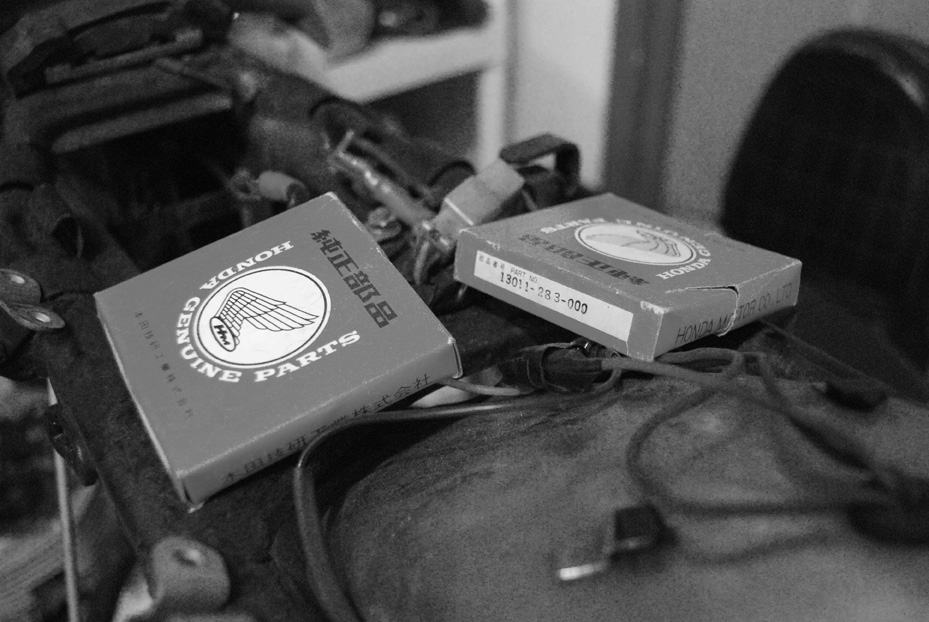 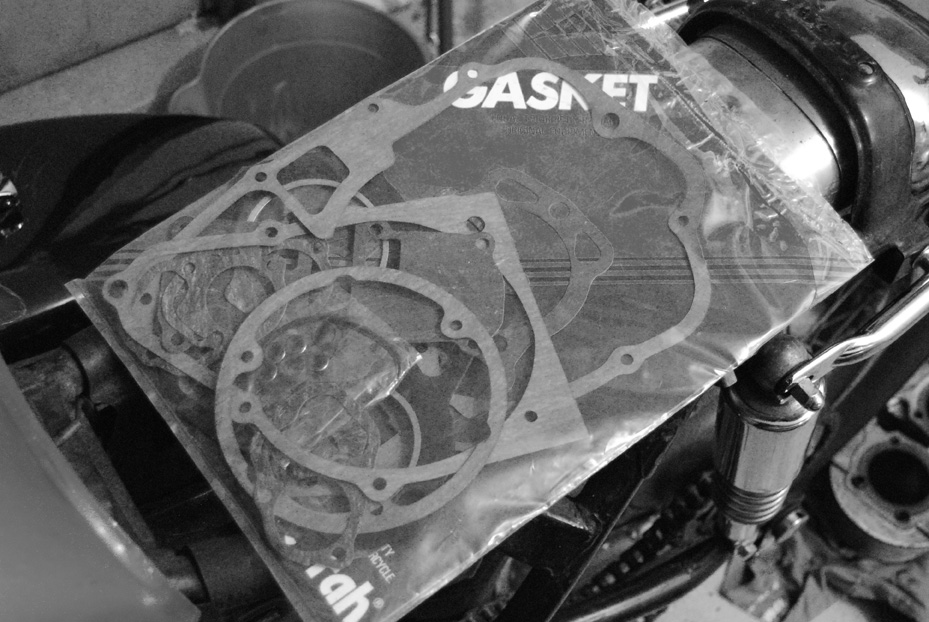 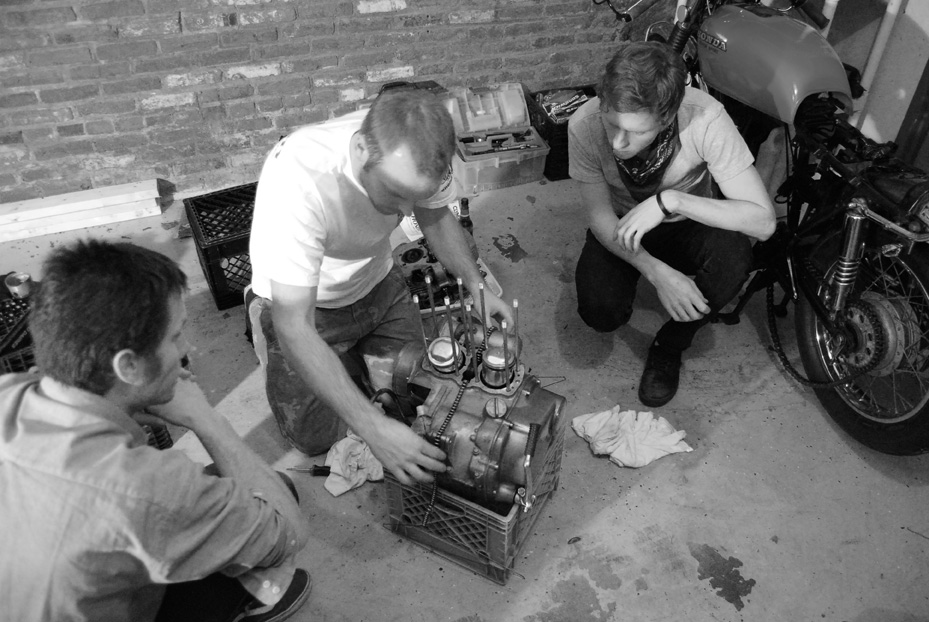 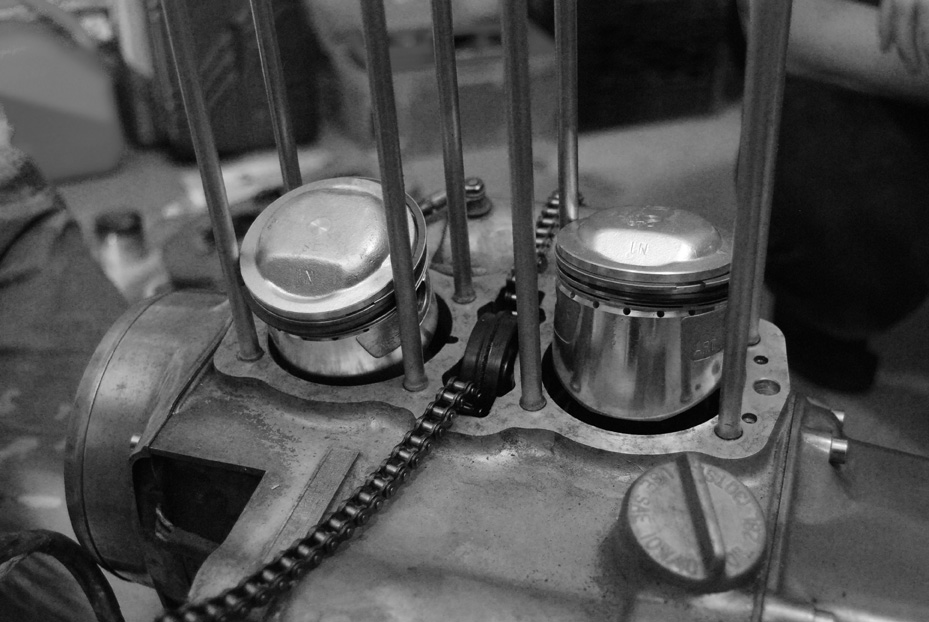 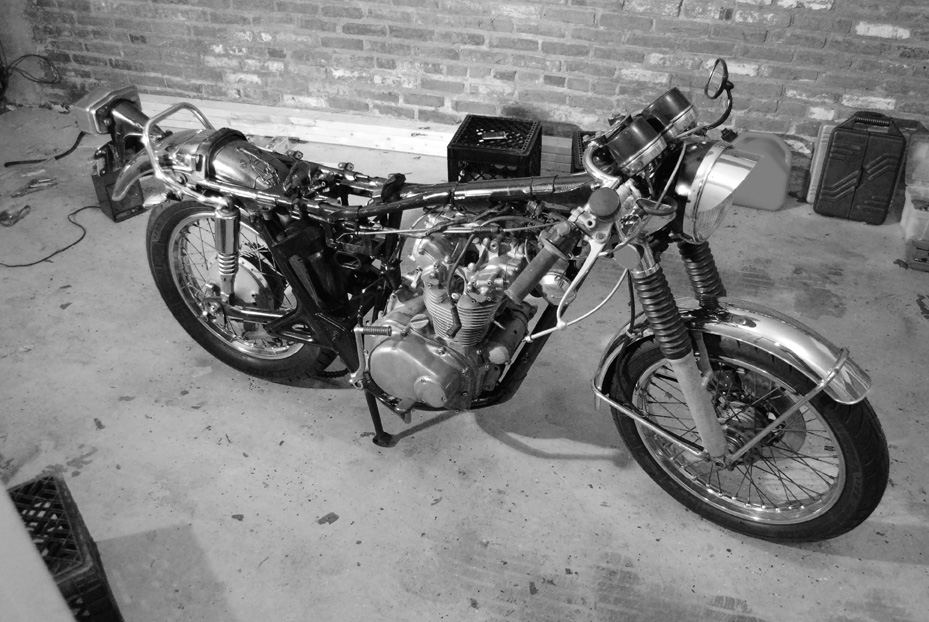 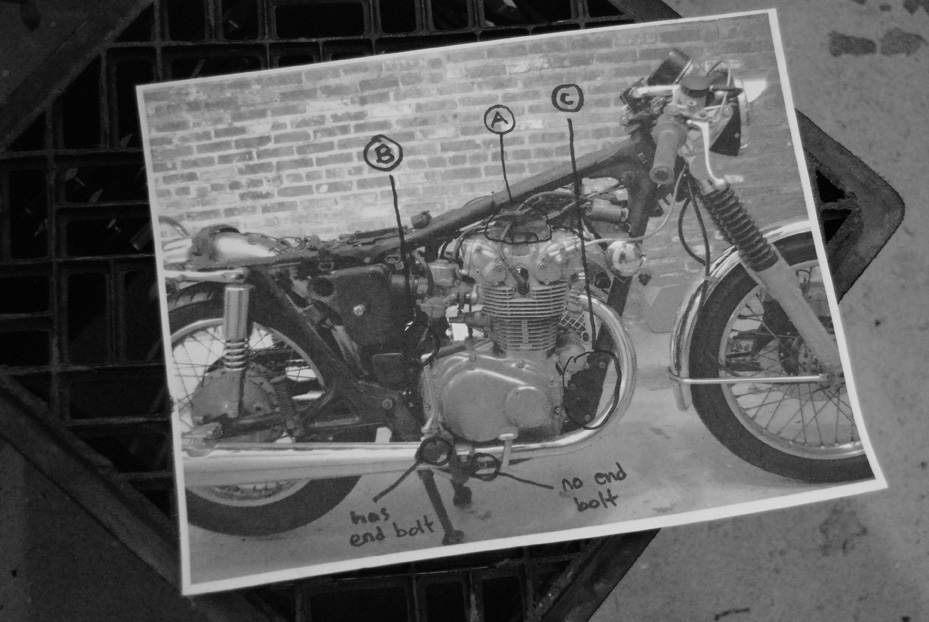 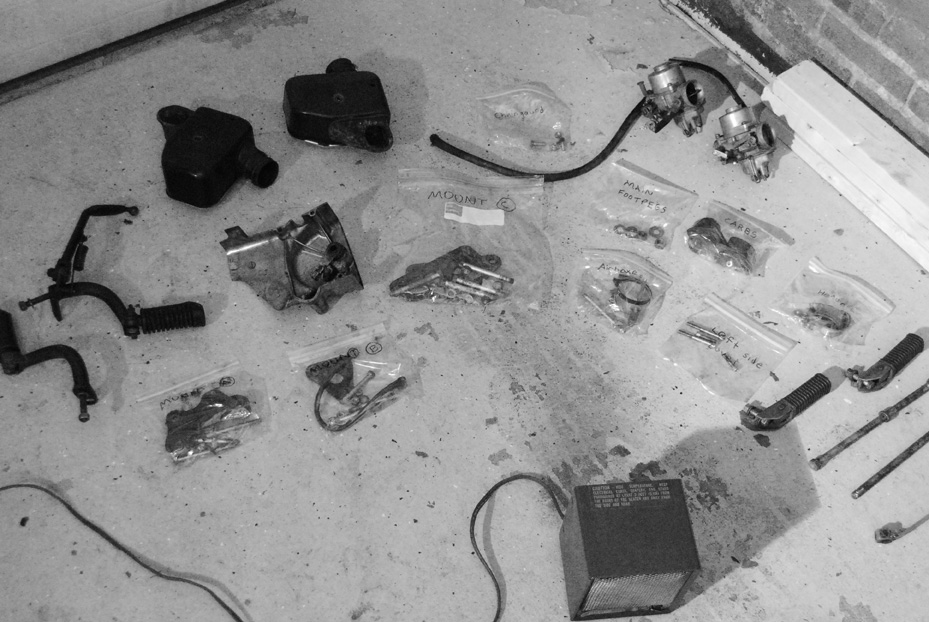 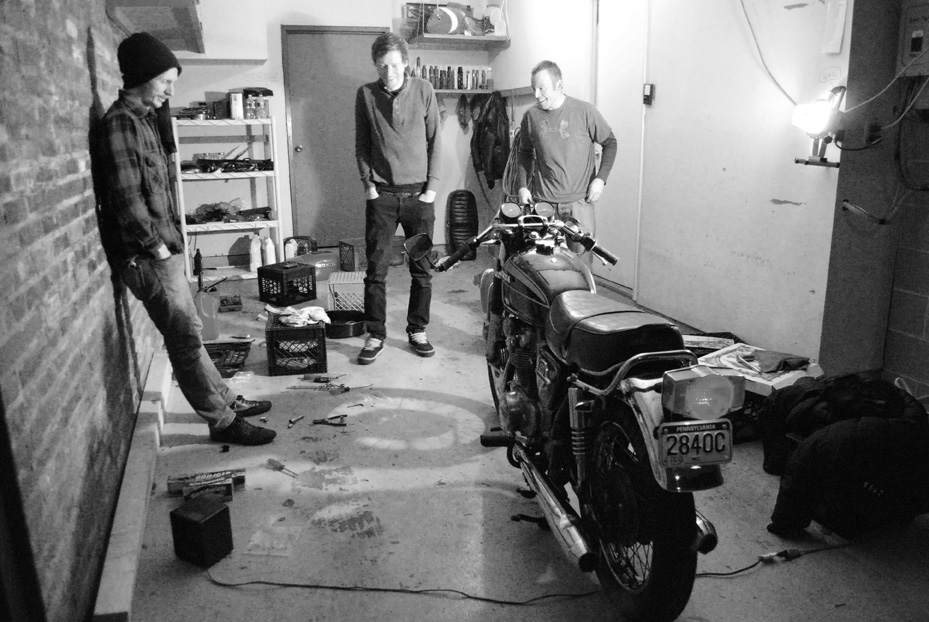 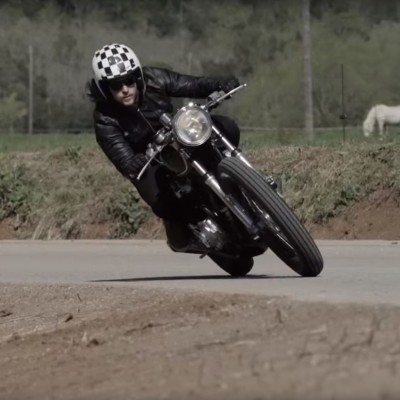 Sergio Layos has been one of my favorite riders for a long time. In fact, I still ride his signature Pantera frame that I mainly got because it’s his frame. It’s awesome to see this guy is still riding better than every with fast lines and the cleanest brakeless/pegless style. Watch this video even if […]