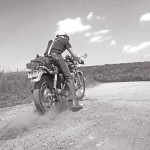 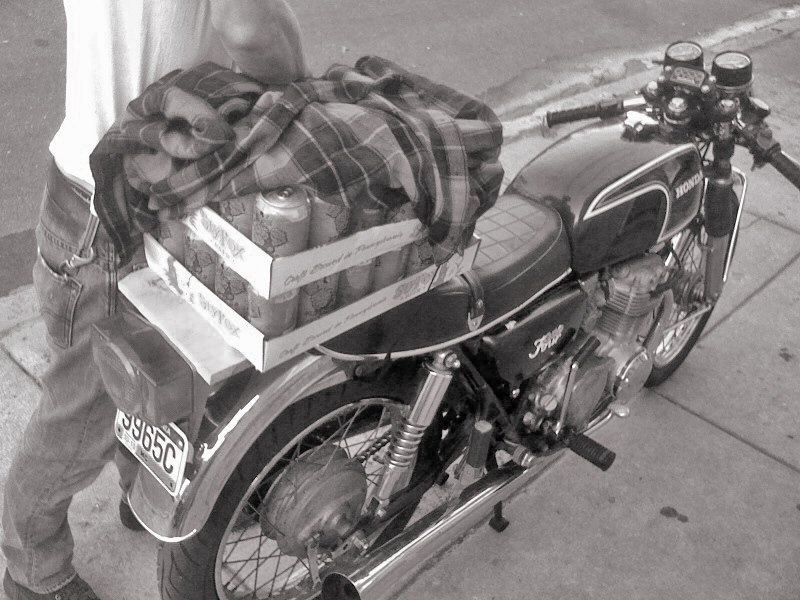 Ricky and I set out hungover from Friday’s bike show (see above) to traverse the back roads of Central Pennsylvania. On the backs of ’72 Honda Fours, we hightailed away from Philly using the highways, eventually steering into the hills outside of Reading. With little traffic in front of us we opened up the throttles, soaring down hills into rolling banks, surfing the slab of the back-country. 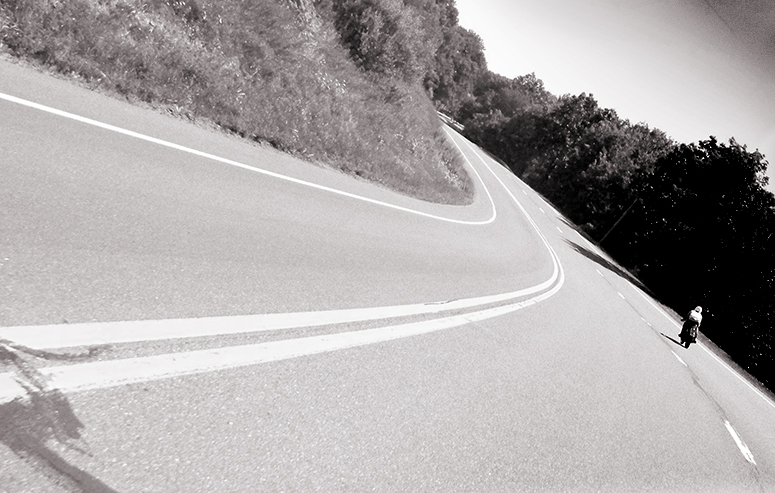 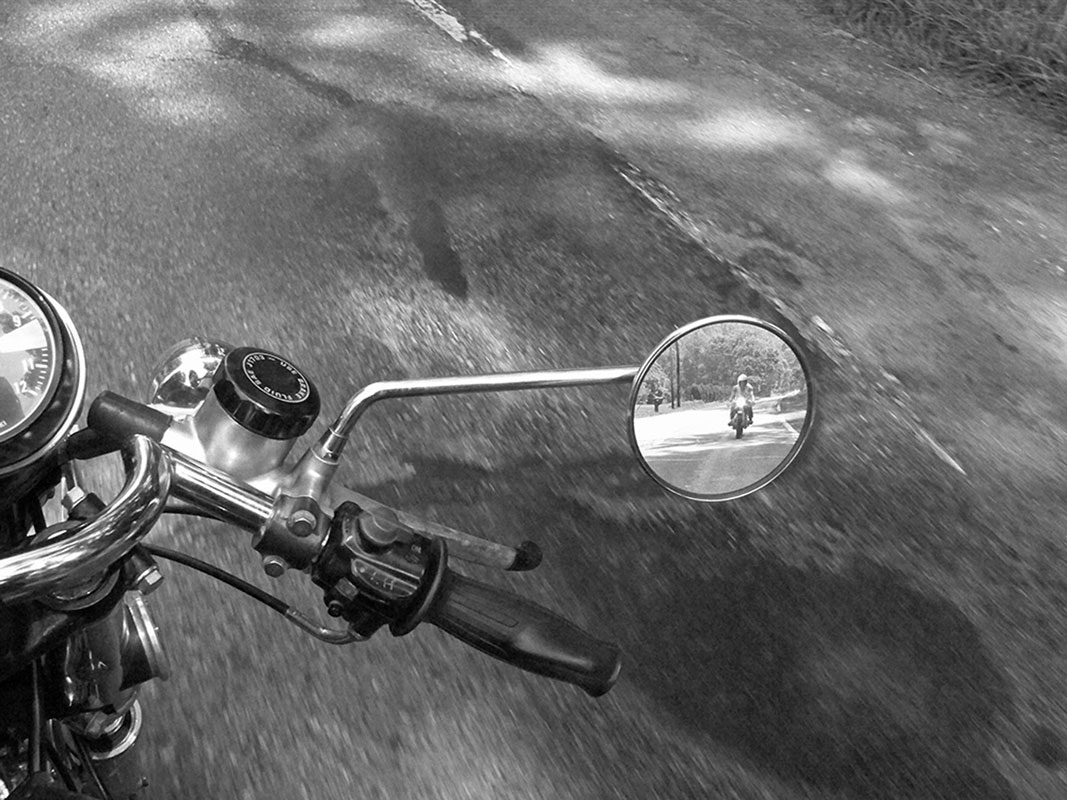 We grabbed food at a biker bar and continued up the first ridge of the Appalachians. Ricky was at a disadvantage with the 350/4, finding out he had to maintain high speeds up the steep inclines of Hawk Mountain if he wanted to keep up with the 500/4. 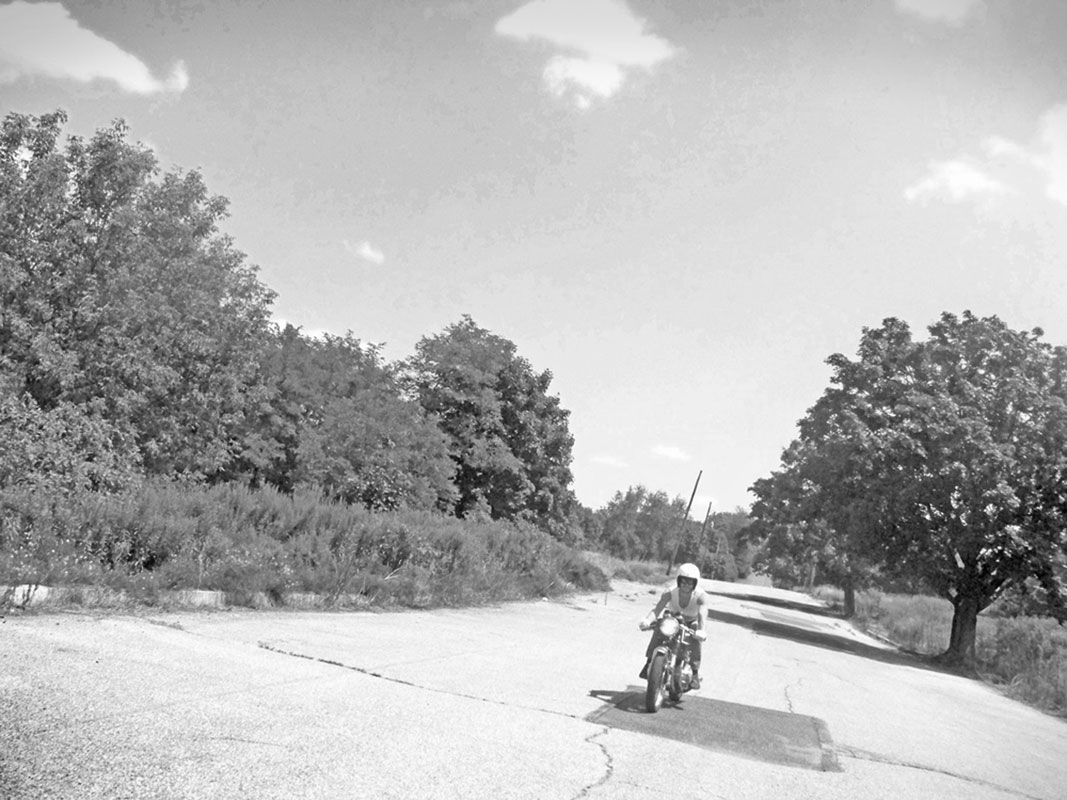 The two-lane blacktop of Route 61 winds up the more north and into the mountains you go, but that didn’t stop us from an exciting session of sweeping turns at sixty to eighty miles-an-hour on our old cycles. We stopped to fuel up every 80 miles or so, taking in the sites of REAL America — small towns ram-shackled into the countryside, complete with true-blooded, no-bullshit honest Americans. They’d glare at us and our bikes, with the occasional thumbs-up. “I like those old bikes and they’re so quiet.” I guess our bikes were different than the usual “thunder” rolling down main street. “No, they’re not quiet, they’re tuned.” -Ricky 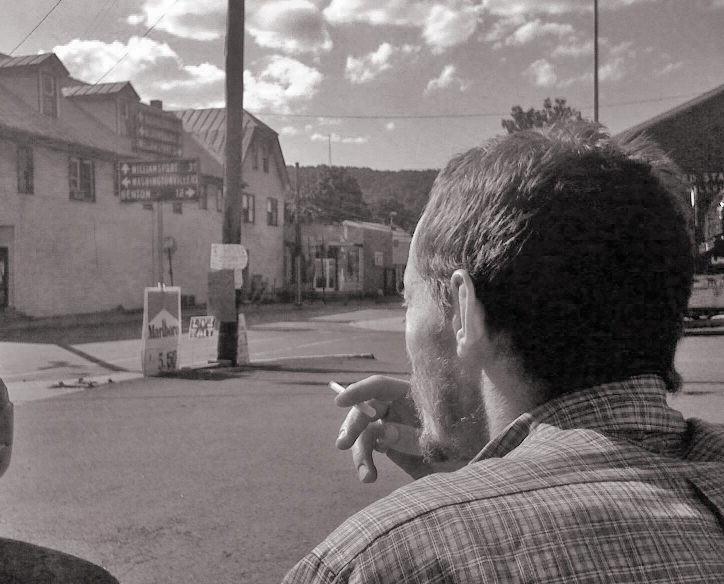 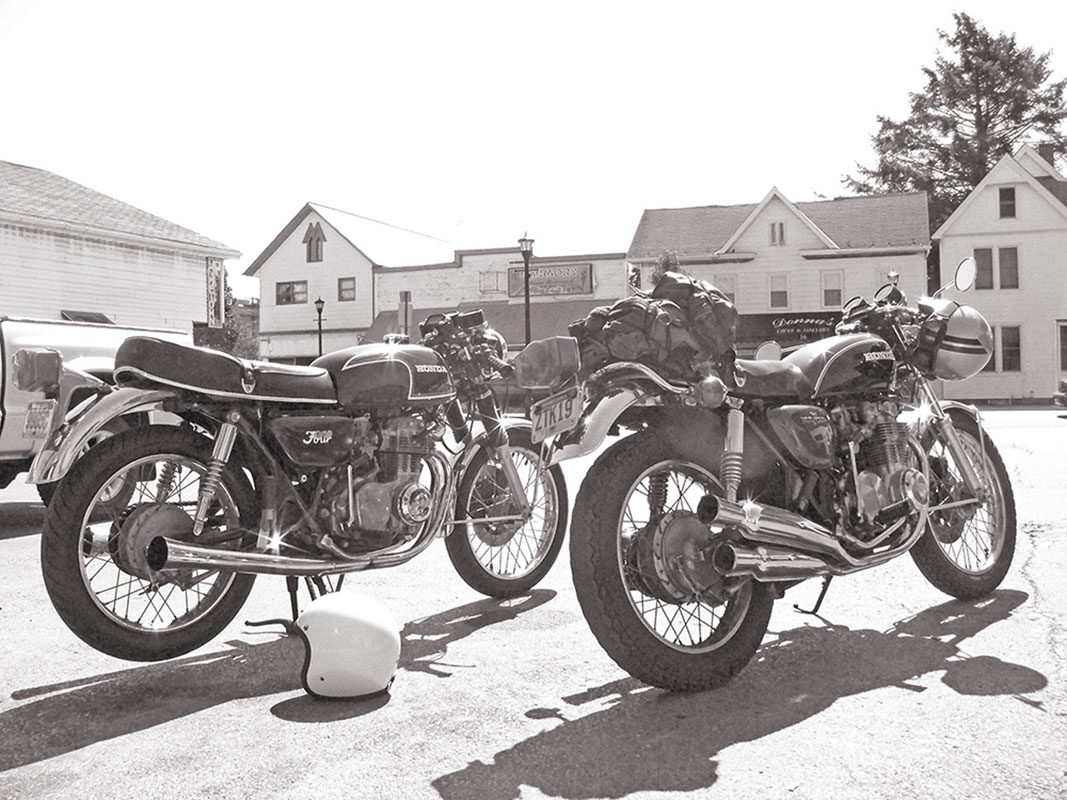 We made it up to Aaron’s house in Hughesville after 6 hours of being leaned over our tanks. We were greeted with beans, dogs, watermelon and a keg. There was fierce competition at the poker table and Ricky walked away top-dog with $15 in change after a 4-of-a-kind sweep. 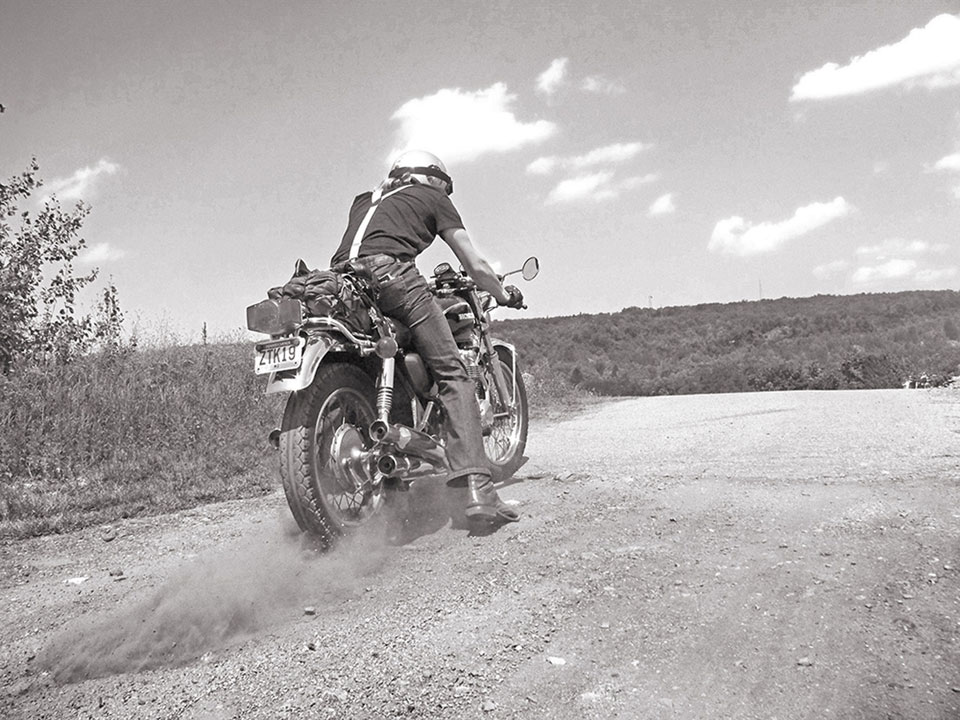 After digging into breakfast burritos, Ricky and I said farewell and got back onto the road for another 200 mile trek back to Philly. We stopped through the ghost town of Centralia to explore the vacated streets of this once prominent mining town consumed by underground fire in the late 60’s. The story has it that an exposed vein of coal caught fire and spread to the bulk of anthracite below. The ground eventually started caving into hot, billowing holes of carbon dioxide, resulting in that section of Route 61 and the town being shut down by the state. 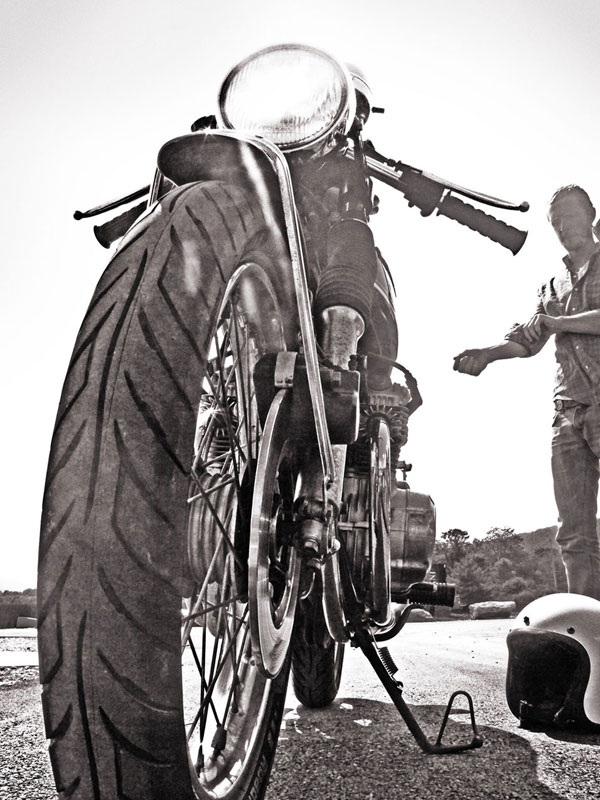 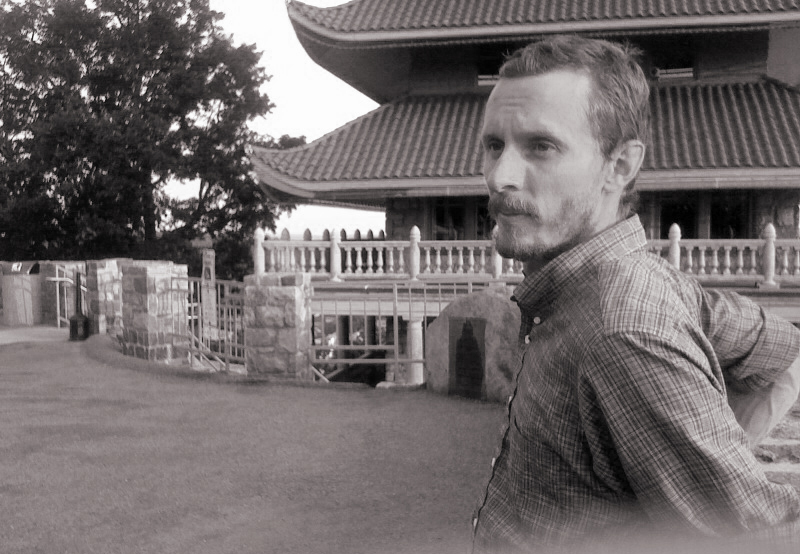 Hitting the slab again, we took a different route eastward towards Tamaqua. We toured the main streets of several small towns before stopping at Mauch Chunk lake outside Jim Thorpe. Pinning it over fresh pavement, we headed towards Reading, taking Ricky on the infamous Duryea Hillclimb before lugging back to the highway towards Philadelphia. 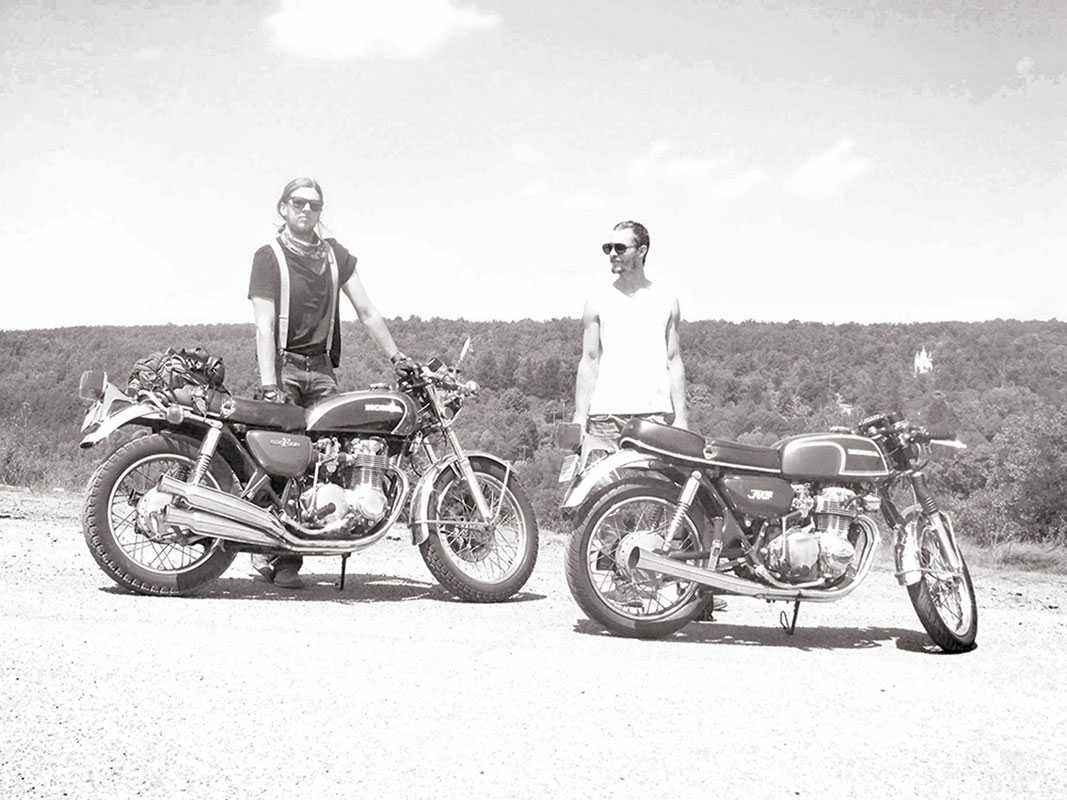 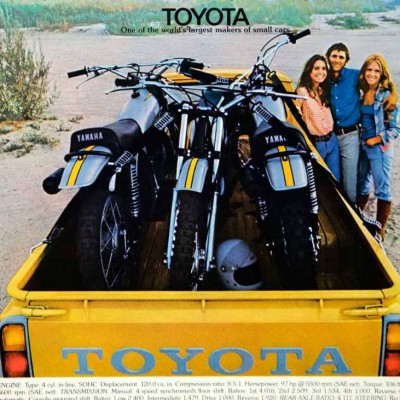 While doing Yamahauler sticker research I fell into an internet hole of old toyota pickup advertisements. I love everything about the old Toyotas. I like that they were just called ‘pickup’ and were basic small trucks with great colors options and even better graphics. The new trucks just don’t have that same cool look as […]