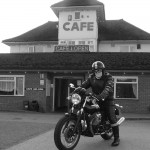 Returned from the UK

Well, I’ve been back a few days and have settled myself in, so thought I’d post some photos of my trip. All were taken the last couple of months, except the photos of Jacks Hill Cafe and the 59 Club, but I thought they were fitting for this post.

Overall my trip was great, as always. A little more rain this year, but it’s typically a misty rain, so doesn’t really interfere with riding much. Starting things out at The ACE Cafe
on September 10th, 11th & 12th for their Annual Rockers Reunion. We had a lot of fun hanging out, looking at bikes and meeting new people… needless to say, the amount of drinking done that weekend was monumental. And yes, the two Chin-on-the-Tank T-shirt photos were posted before, but they needed to be posted again. We can never have too much of that! 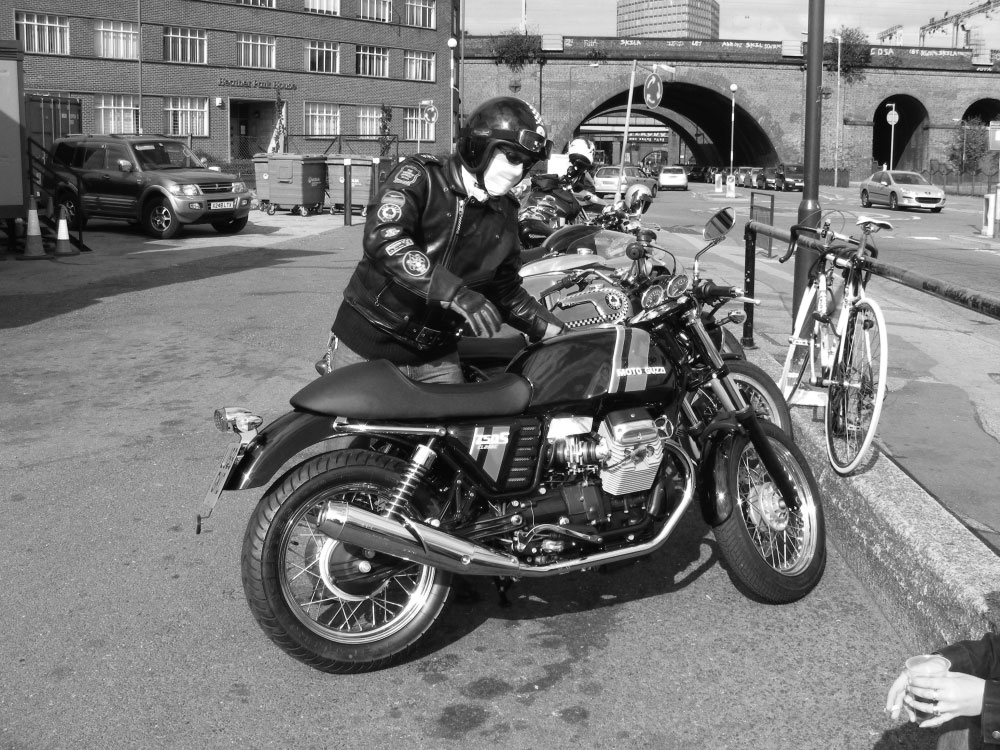 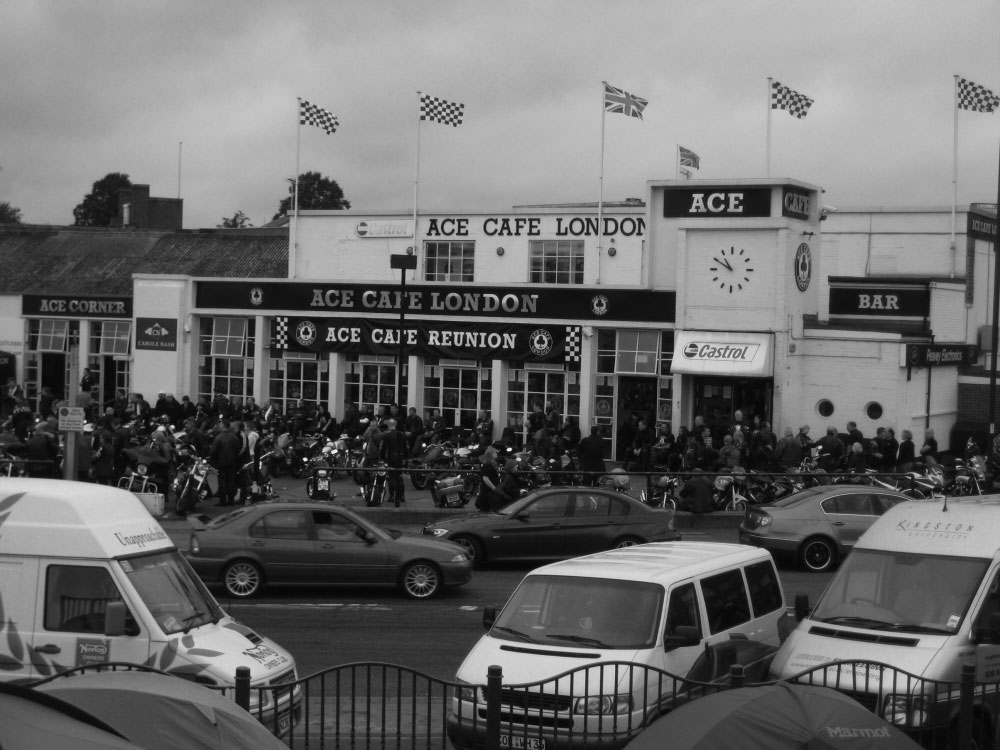 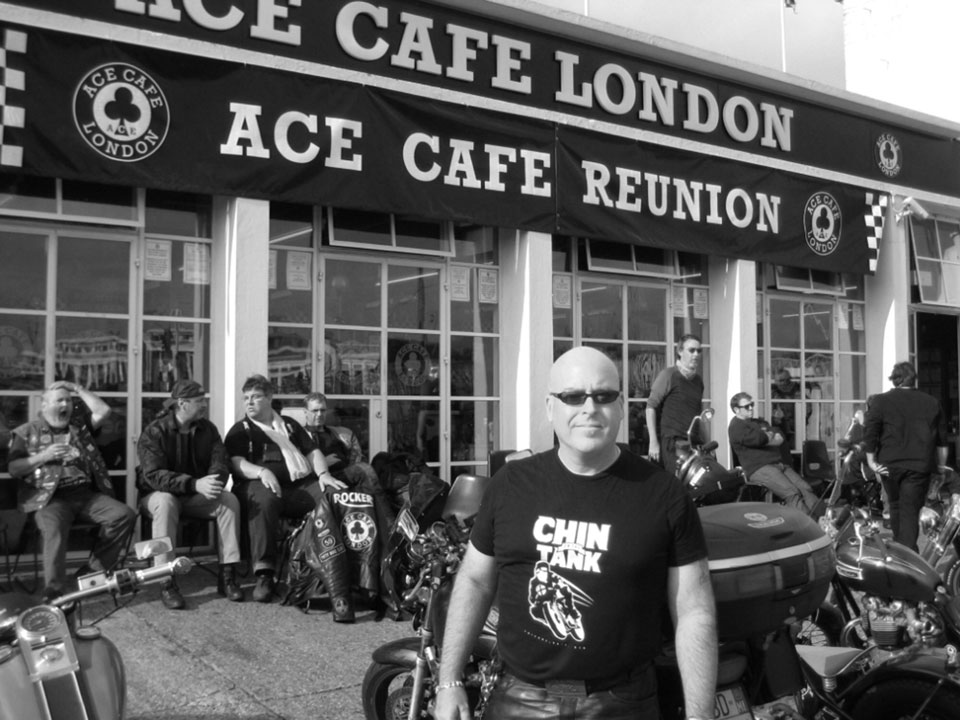 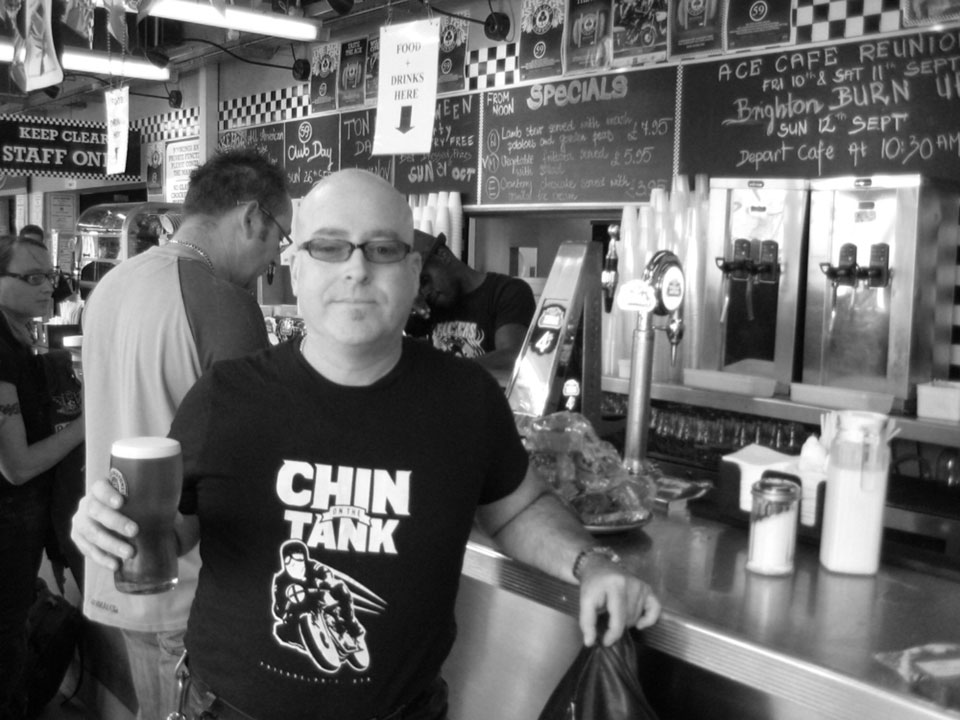 Then a ride down to Brighton on Sunday to take part in the Brighton Burn-Up. This ride commemorates the brawls between the Rockers and Mods back in the 60’s. There are motorcycles and scooters everywhere! 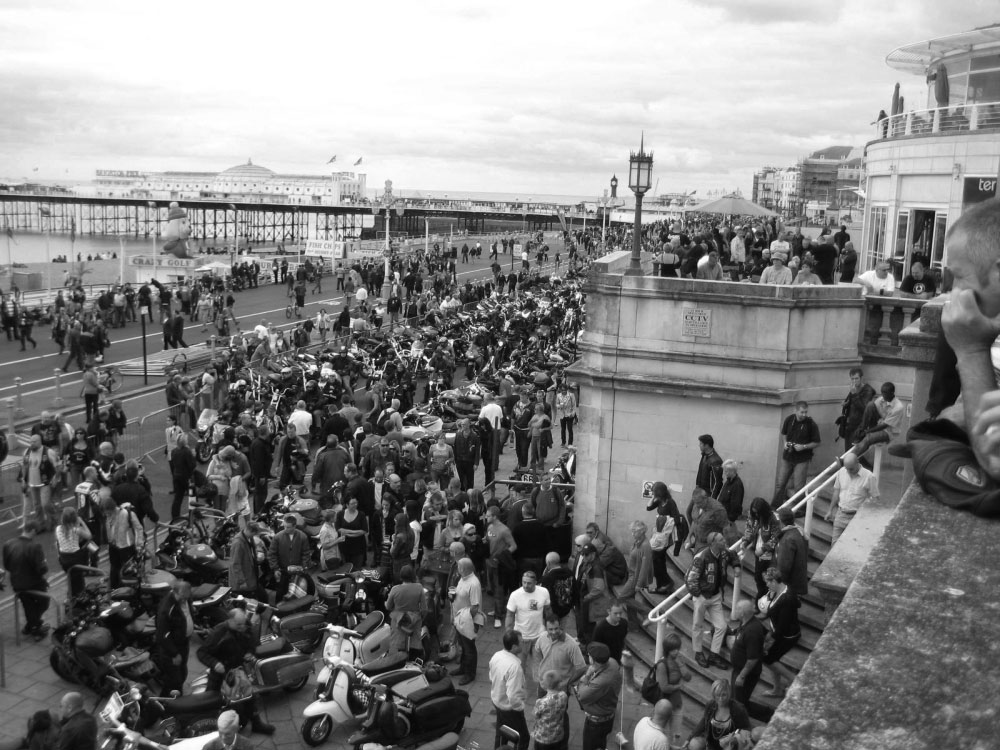 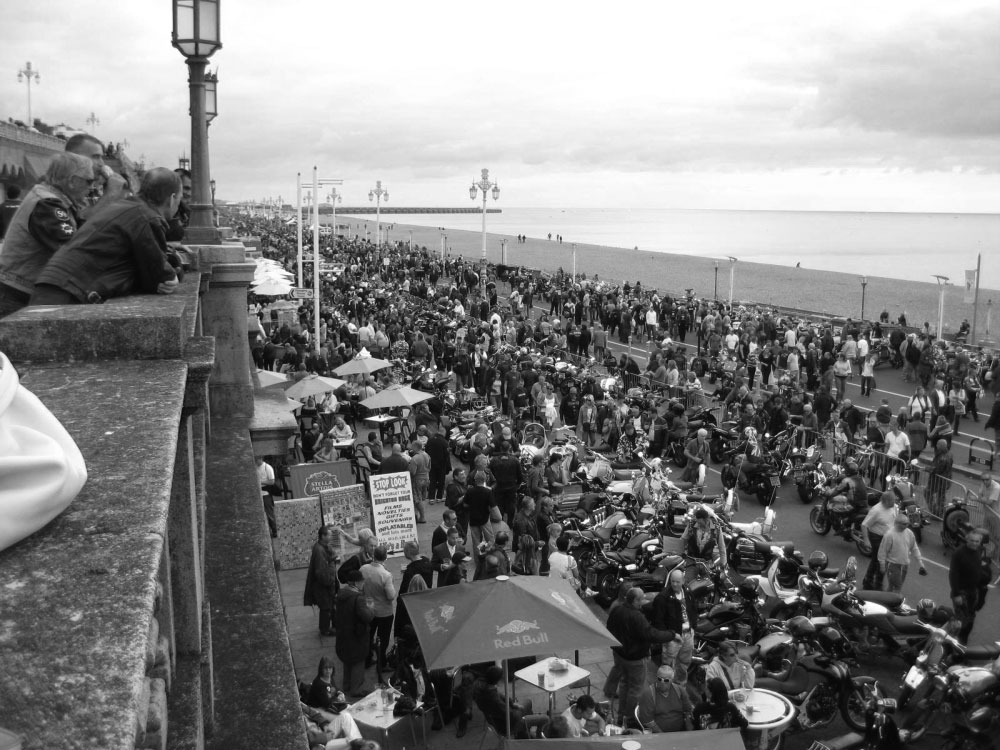 Then on our ride back to London, we come to a complete halt! All traffic in both directions of the M23 had stopped and the motorway was closed. Evidentially, a car hit a motorcyclist in our lane, sent him in to the oncoming traffic lane and was hit again. Sadly, he was pronounced dead at the scene! We waited there for a couple of hours until the authorities had us all turn around and drive the wrong way to the nearest exit. 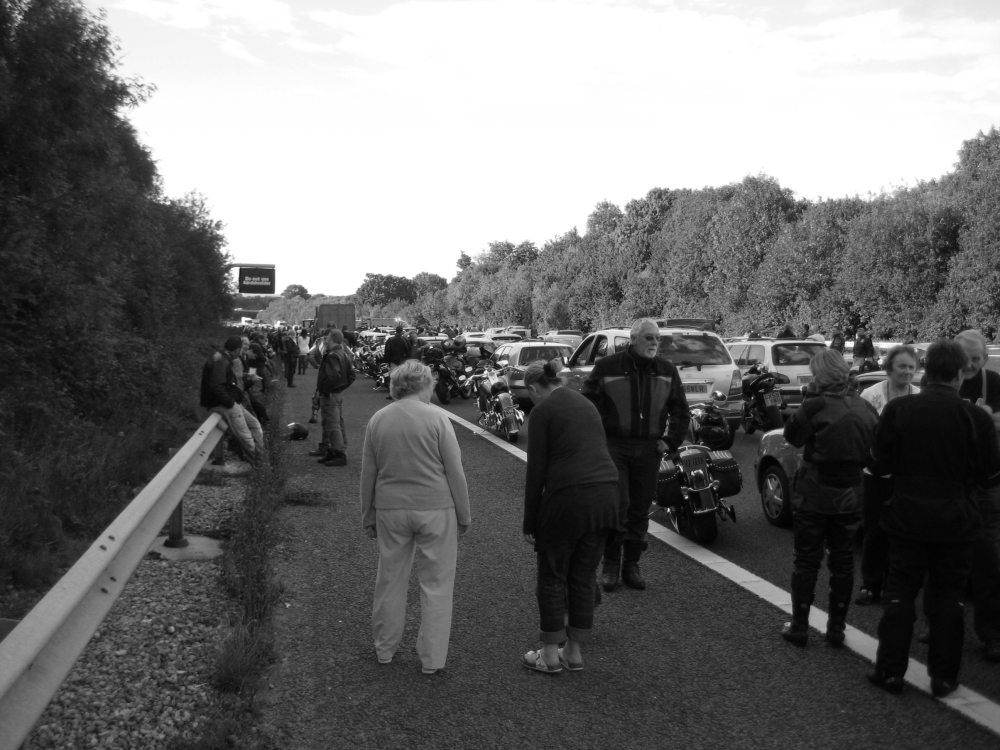 The 59 Club in Plaistow, London. 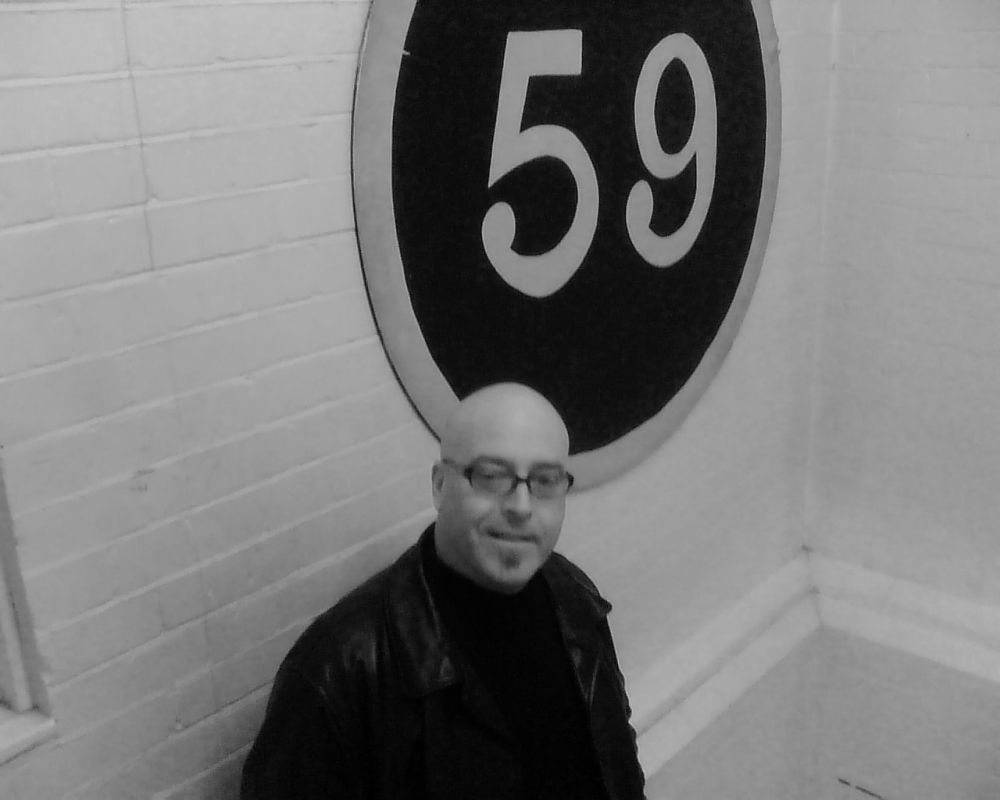 Jacks Hill Cafe in Towcester, a common meeting place and hangout for motorcyclists. 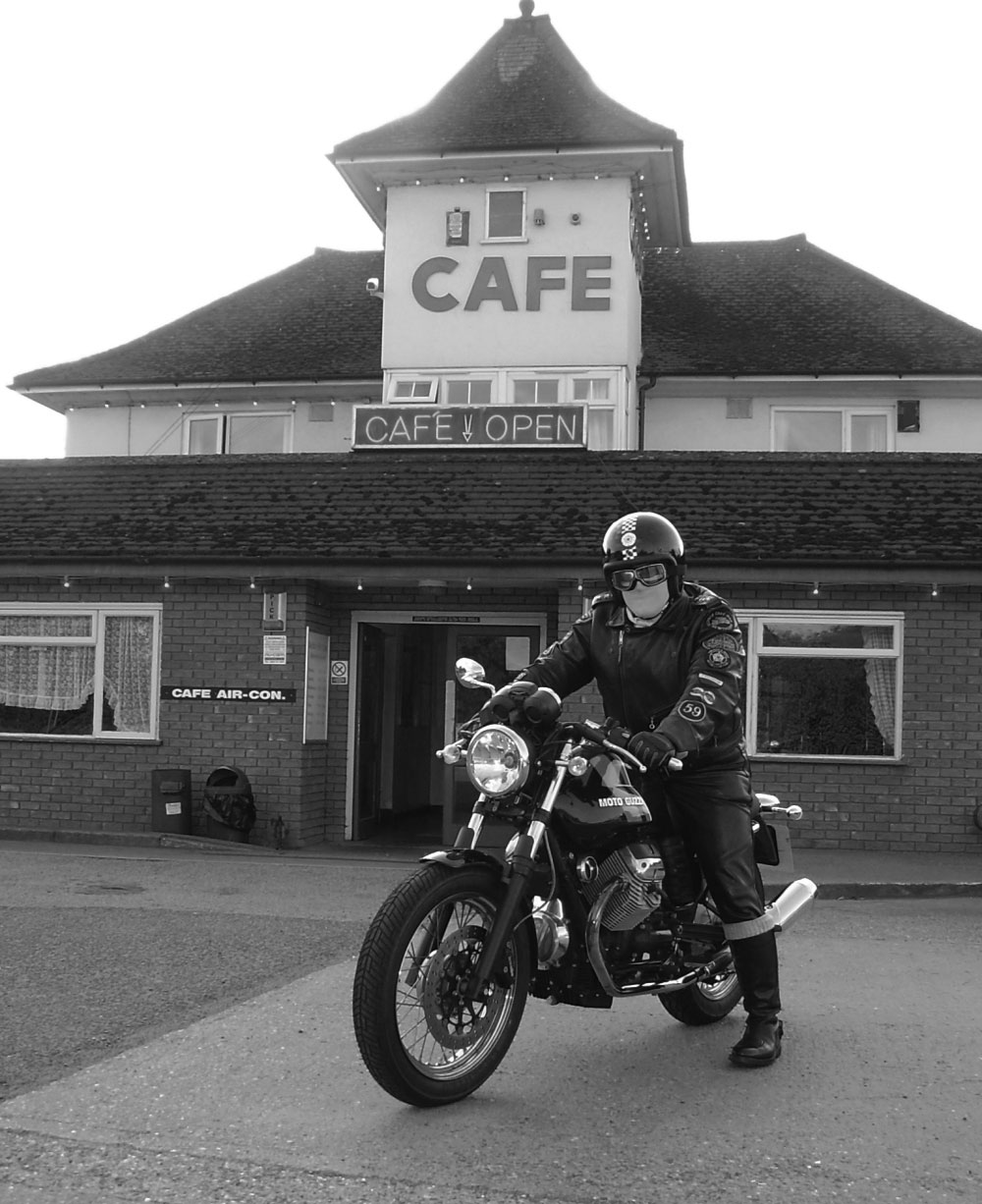 And for you Dracula fans, a photo of my Guzzi positioned in front of Whitby Abbey. Whitby, North Yorkshire is supposedly where Count Dracula’s coffin washed ashore when the ship he was sailing on wrecked and the Abbey is where he is rumoured to have been buried. There used to be a grave stone that was marked Alucard (Dracula spelled backwards), but it’s no longer there. The curators claim it was only a legend and was never really there, but I saw it many years ago, so know they are talking nonsense! 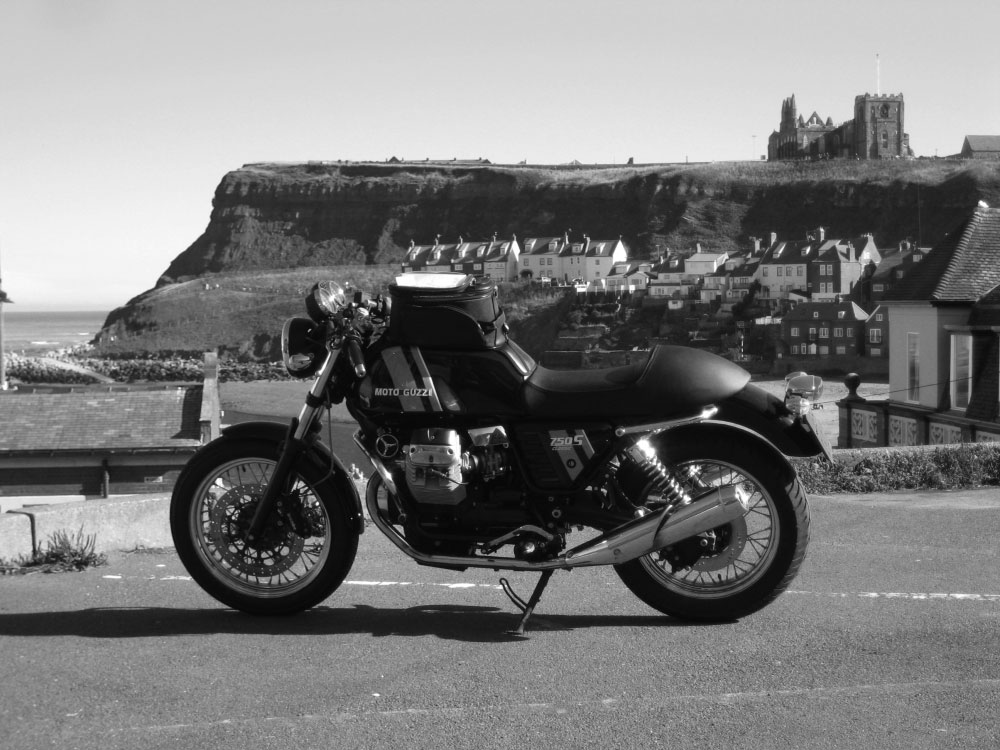 And what ride to Whitby would be complete without riding through Werewolf country? A photo of me and the Guzzi in The North Yorkshire Moors on my way to Squires Cafe Pub before heading back to my Aunt and Uncles house. 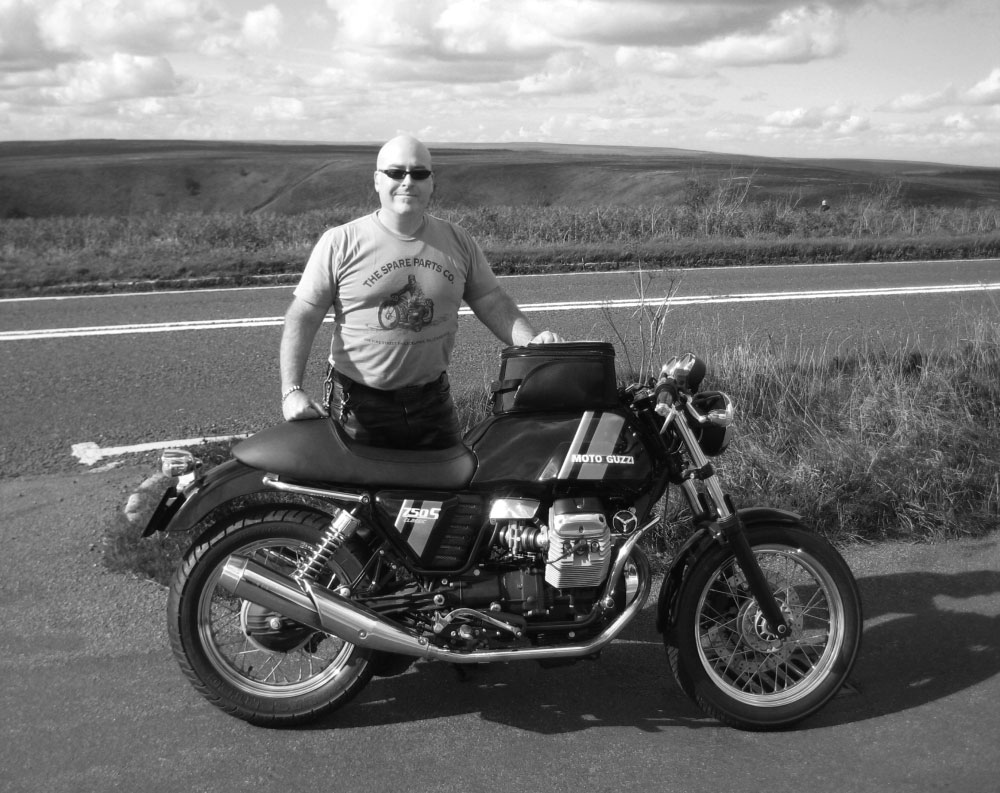 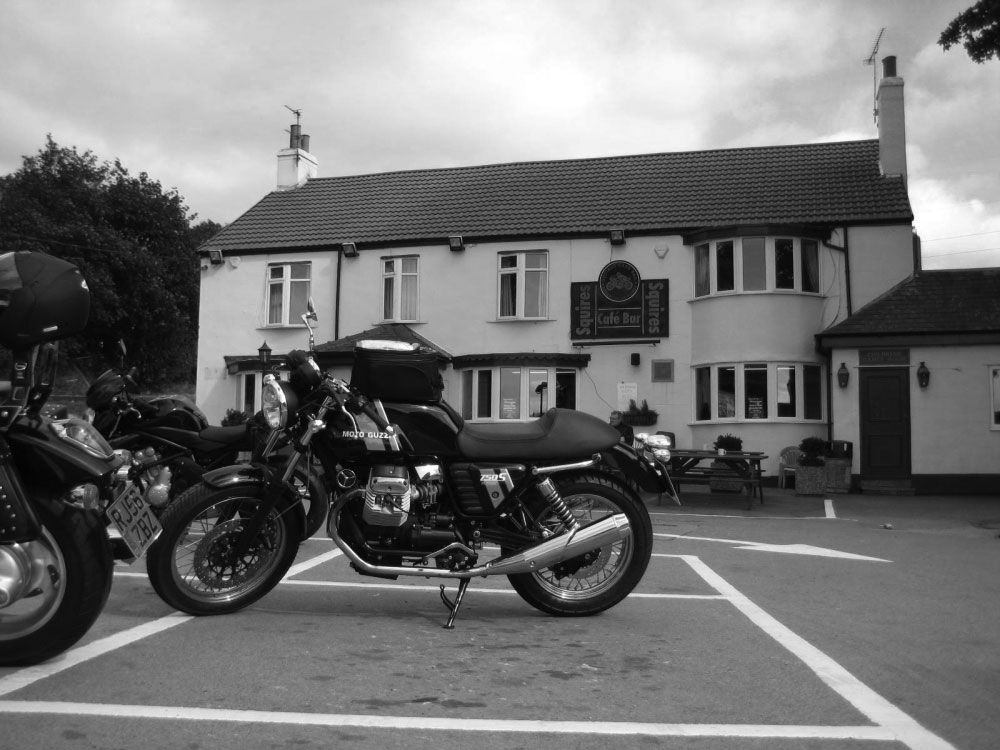 8 responses to “Returned from the UK” 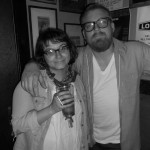