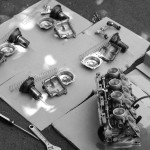 1) Get all the plastic shit off 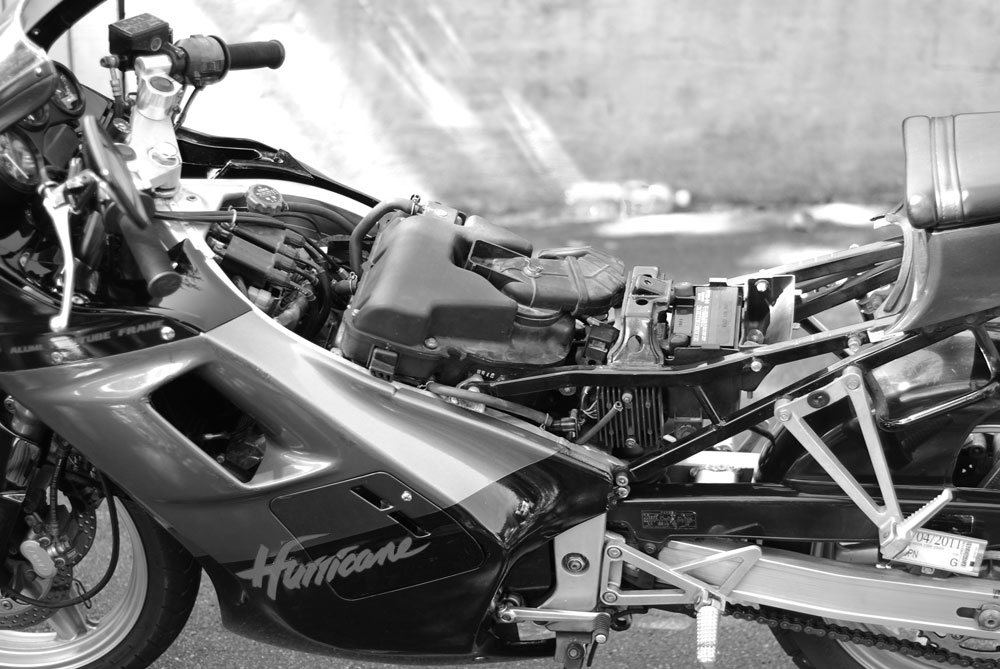 2) Get the carbs out. Man that shit looks different, Never seen carbs under the tank before. 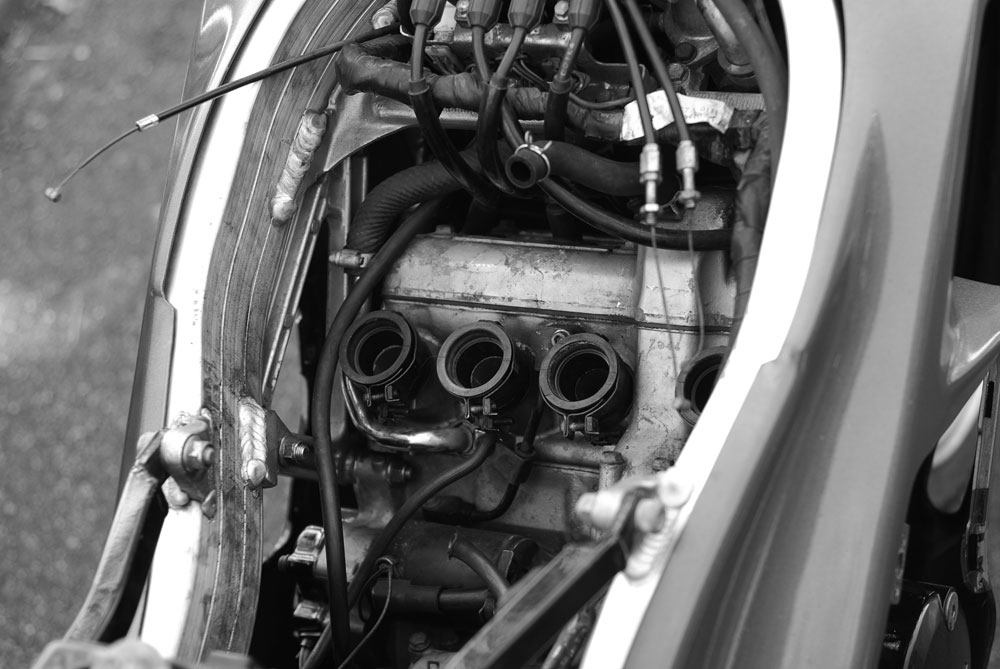 3) New OEM air filter. That old one was seriously black as shit. 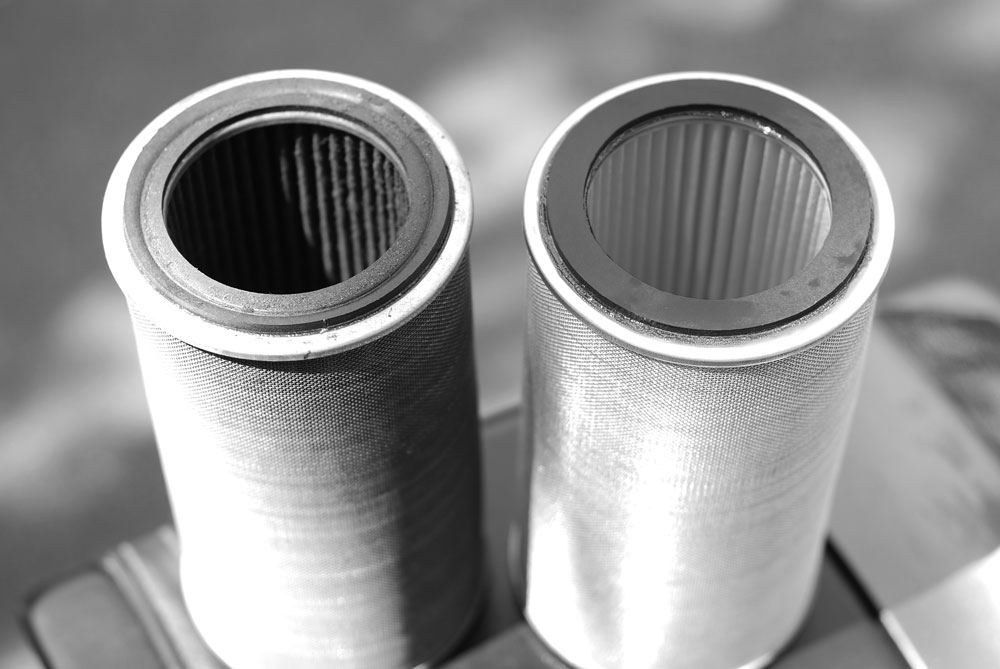 4) In-line fuel filter had a ton of rust in it. Fuck… So, I took the tank and washed it out with Muriatic Acid. That was a whole job in itself. Then I cleaned the petcock. Tank should be good now. New in-line fuel filter just in case. 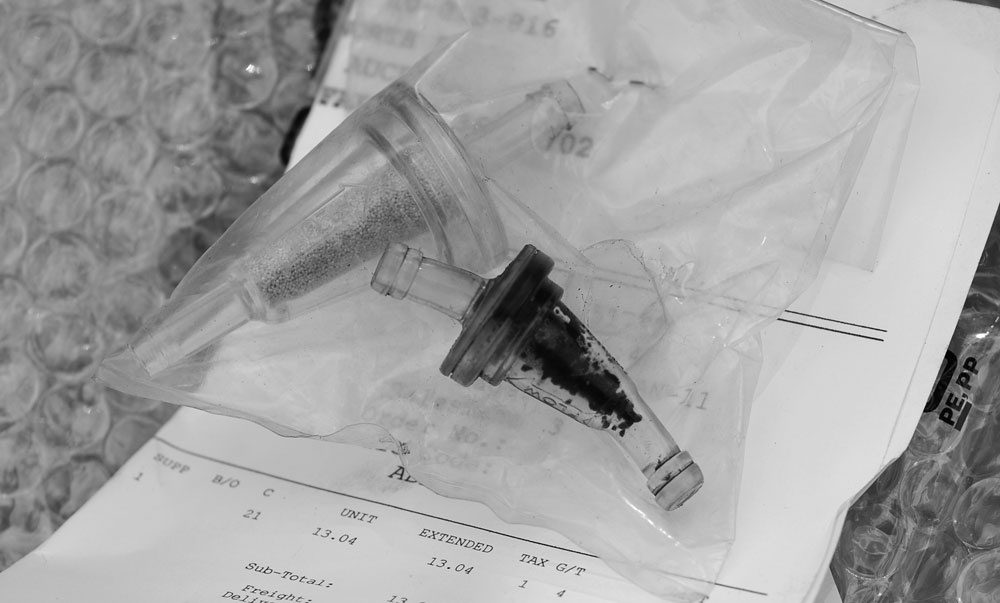 5) Get those fuckers dialed in. Basically the exact same as my cb650 carbs… just a little different (and CV slide, not Mechanical slide). 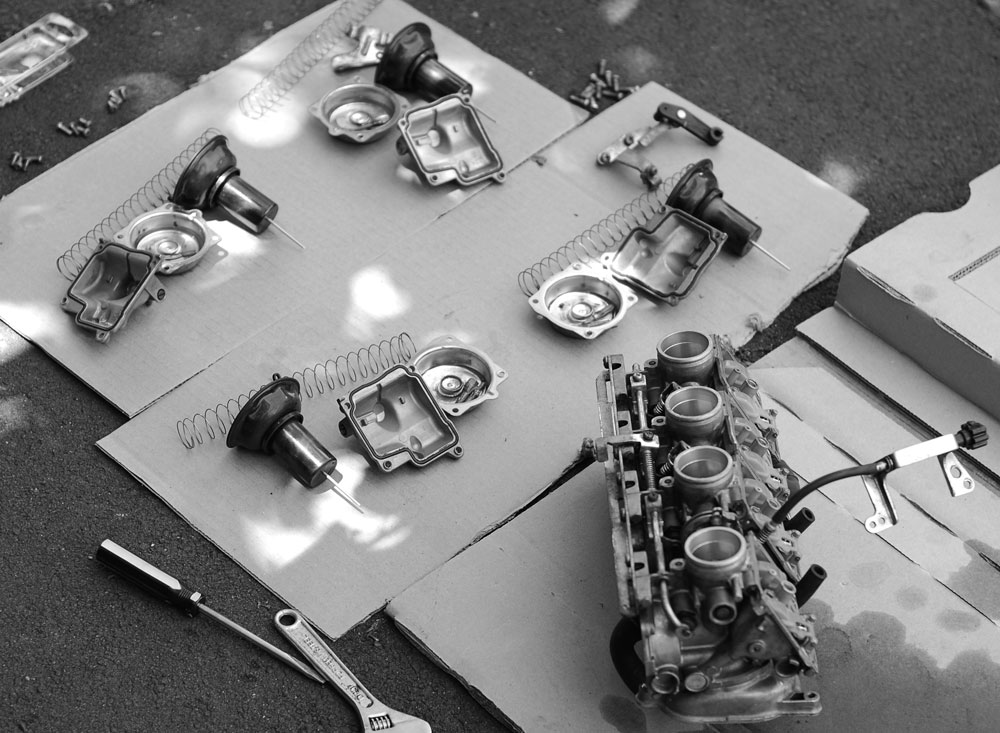 6) All back together now. Took me about 12 hours total including cleaning the tank. Shit. 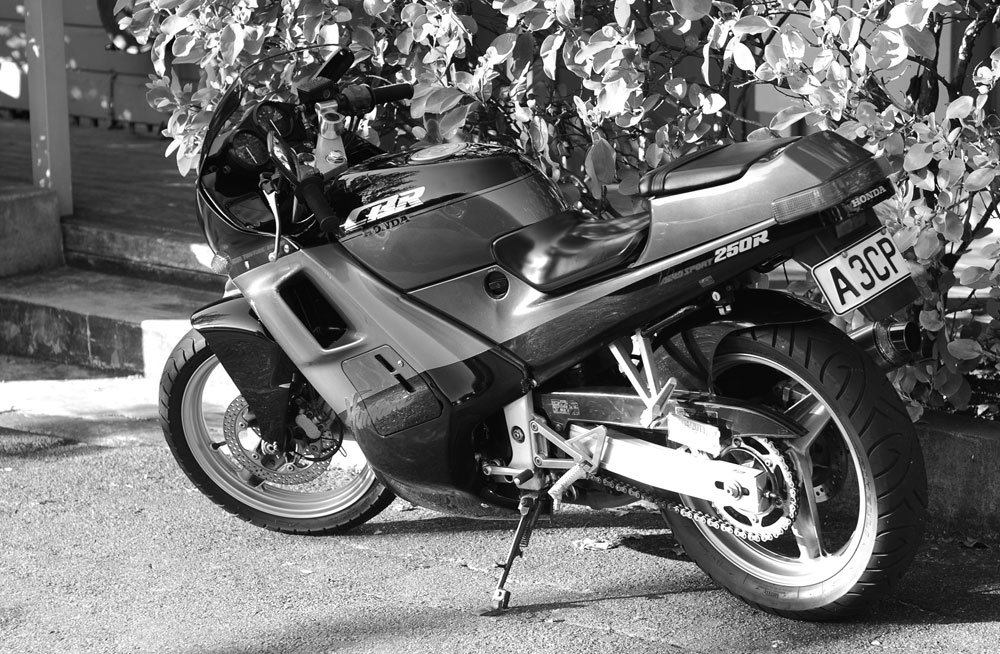 So,  when I got it all back together, at first, it was running a bit “boggy” on the main jet, or 3/4 to full throttle. I dunno what the issue is / was. I’m anal about doing carbs so I’m positive everything is together correctly. I thought maybe there was a little water left in the tank when I topped it off with fuel, so I bought some “gas treatment”, and increased the octane. After an hour of riding it, Its all good now, running solid and smooth. Revs to 18 grand furiously. Maybe it was a little water left in my tank, and thats all it was? Not 100% sure.

Anyway, what a pain in the ass doing carbs on a fuckin crotch-rocket. I miss my 70’s Hondas back in Philly. I’m flushing the coolant tomorrow. That “should” be a quick job. And don’t even get me started on changing the spark plugs… I had to drop the radiator to do them. Shit. 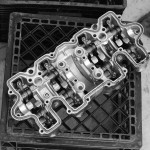 I’m rebuilding my 79 cb650 engine. The engine leaked a shit ton of oil from the rubber o-rings around the head gasket. (Common 4cyl problem on old Hondas.) My engine fins have always been completely covered with caked on oil, grease and dirt. If you didn’t already know, the engine fins are what cool your […]