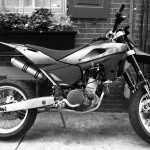 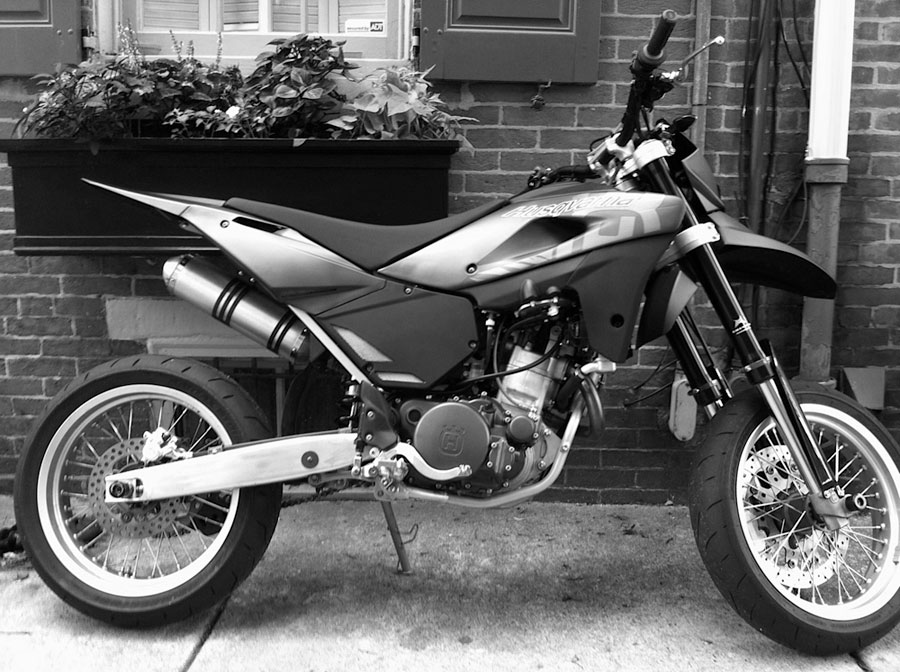 So, anyone who knows me knows that I go through motorcycles faster than most people go through shoes – I’ve had four in the last year. I get itchy feet and am forever on the hunt for my perfect motorcycle. In keeping with that tradition, I recently sold my 2007 Speed Triple to buy a 2008 Husqvarna SM610. I’ve always wanted a Supermoto, and this one came along at a price I couldn’t resist, so I pulled the trigger.

If you don’t know about Supermotards, they’re basically a dirt bike that has sport bike wheels and stiffer suspension. The class was started in the late 70’s as a sort of mash-up for professional Superbike and Motocross riders to race each other on a bike that somewhat melds the two worlds. Since, the Supermoto class has gained a ton of success and has a pretty respectable international racing class today.

Aside from the crazy hybrid bike design itself, Supermoto’s handle quicker and are typically faster than most other bikes due to their Horsepower/Weight ratio and distinct riding style – they do a lot of sliding/drifting on asphalt. My Husky weighs 290lbs, has 55 horsepower, and 44 ft.lb. of torque. If you do the math, the HP/Weight ratio is nearly unbeatable (until about 80mph).

I took the bike out for a decent ride this weekend through Chester County’s tightest to feel it out. This thing is hands-down the funnest motorcycle I’ve ever driven. It rips, it turns, it runs over shit, road surface means nothing, mid-corner gravel is now fun, it’s comfortable (the seat sucks after about four hours), it sounds like a chainsaw on steroids, and it’s just plain quick as hell. I can’t wait to get it on the track… 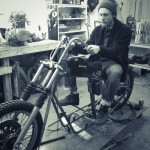 Rick and I stopped by Kevin’s shop to pick up mighty fest tickets (2 posts below) and see how the XS is coming along.