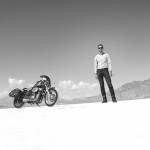 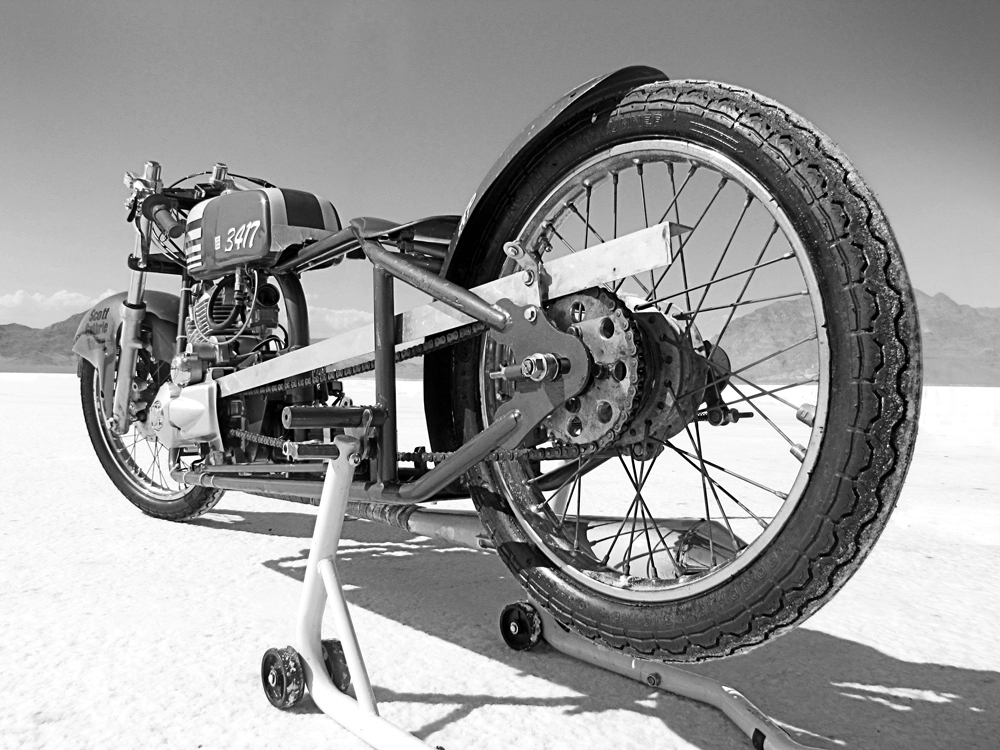 I’m cruising on Interstate 80, descending through the jagged, brown peaks of Nevada, when I first set eyes on northern Utah. In an instant the landscape changes from the familiar desert to barren white flats as I cross the border. It’s fucking wild! Then came the sign for Bonneville International Speedway — I slammed on my brakes and dipped off the highway.

I passed the row of tents set up on the side of the road before the main gate — I was now completely surrounded by white under a clear blue sky. I pulled up to the gate and realized I couldn’t pay the $20 fee, so I told the guys my story and they let me in for free. I followed the cones into the distance until I reached beginning of the track. There was a two-lane line formed of hotrods and motorcycles and one-by-one I got to watch these guys launch down the line. 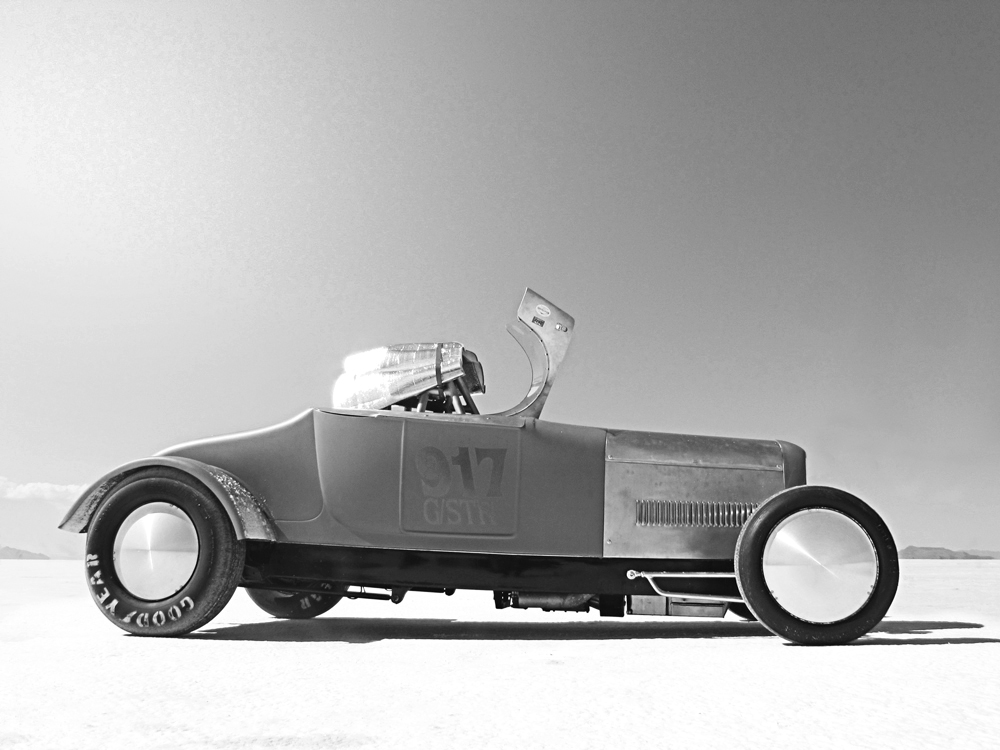 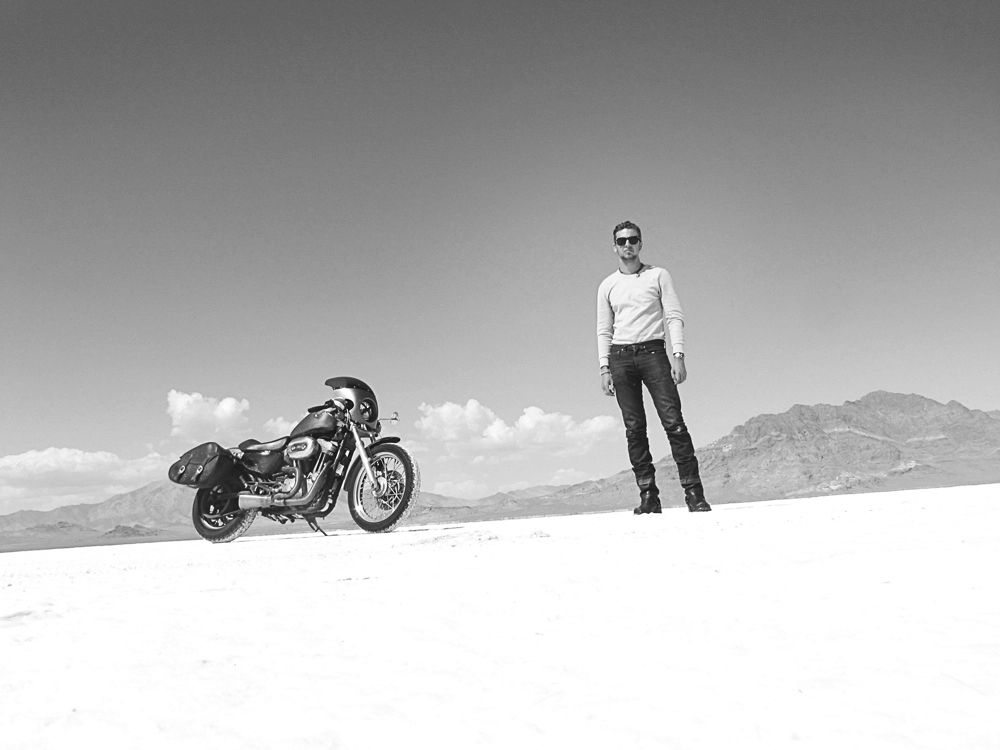 “The Bonneville Salt Flats — a vast expanse of hard salt crusting a slightly curved 30,000-acre patch of earth in the state of Utah — is one of the most bizarre places on the planet, alien to the eye, nose, and skin. Life is unsustainable on this barren wasteland — unless you’re talking about life as it is known to the speed-freak nation. As it turns out, that cruel, saline environment, some five feet thick at the core and stretching nearly forty-seven square miles along Interstate 80 near Utah’s border with Nevada, is God-given perfection for long, mashed-pedal, automotive speed-record runs. A need at the very core of our being, we would say.” 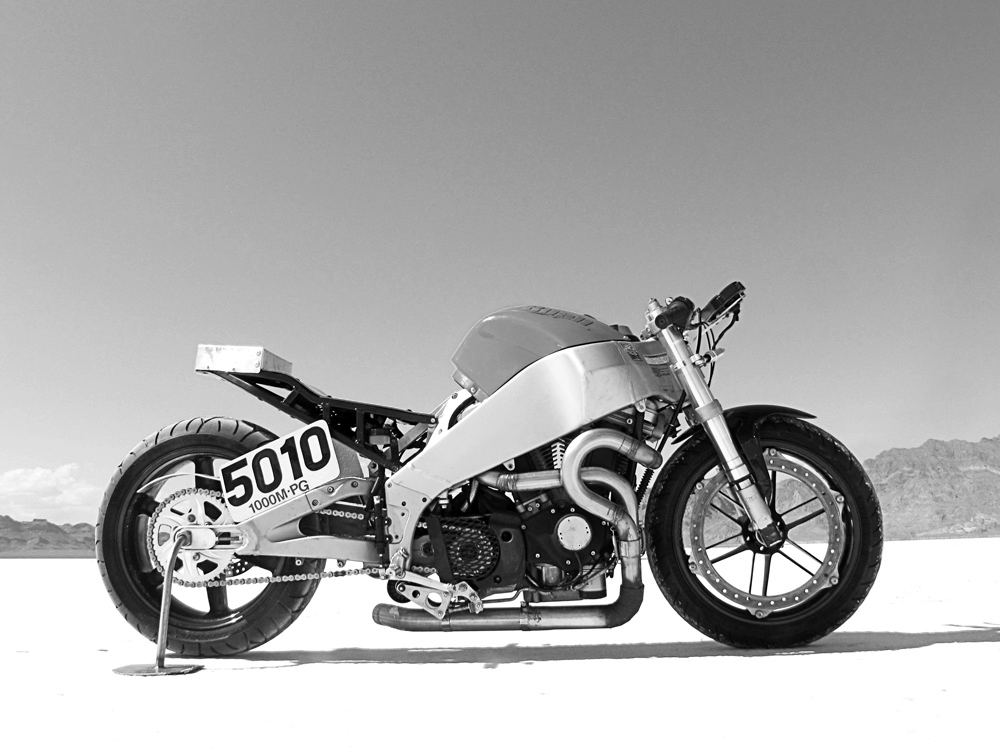 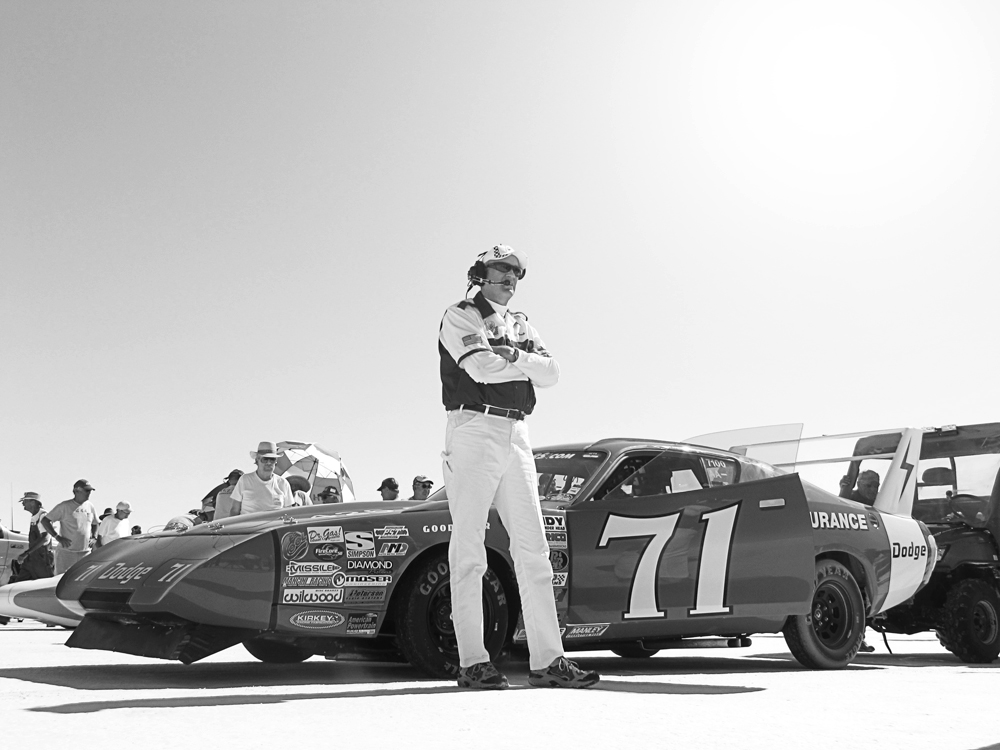 “As Indianapolis is to the open-wheel racing driver, as Pomona is to a Top Fueler, the Bonneville Salt Flats is mecca to speed demons who’ve been bringing their cars and cojones here to test since 1914, when “Terrible” Teddy Tetzlaff broke the world speed record of 142mph in the famed Blitzen Benz. Only it wasn’t official. That honor went to Sir Malcolm Campbell and his monster Bluebird in 1935, when he set the first documented Bonneville record of 301.1 mph.” -Jean Jennings 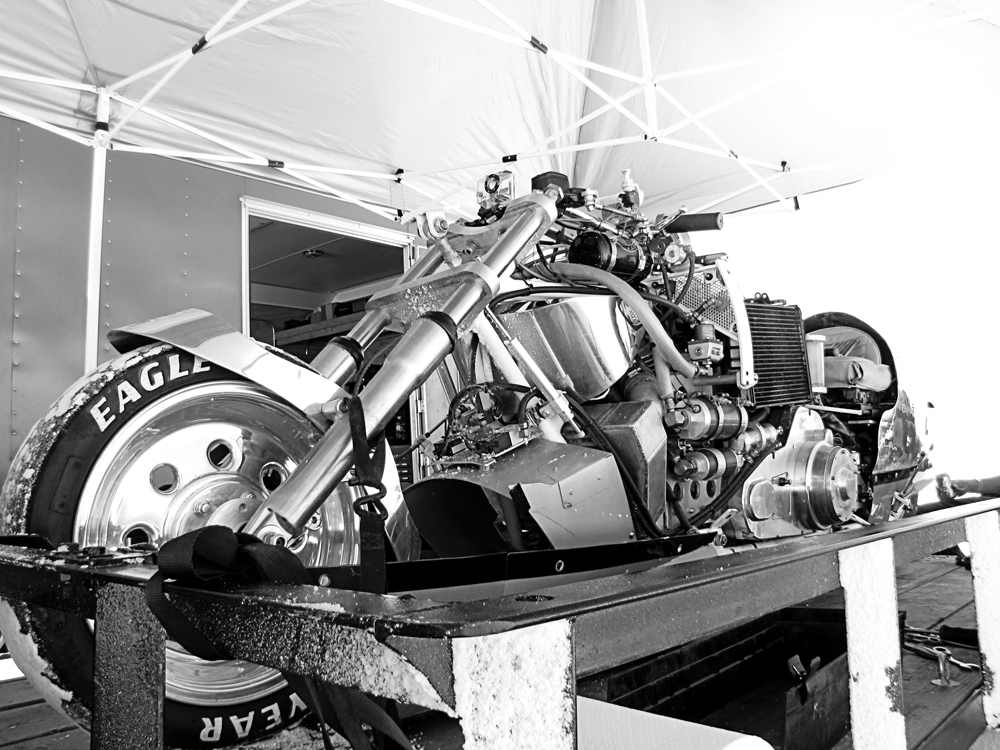 Cruising the pits I did a double take on one of the bikes being worked. The Brother Speed MC had built one sick cycle over the past decade and I got the chance to hang with these guys as they prepped it to do a 250+mph run. They called it the Bonneville Bullet. 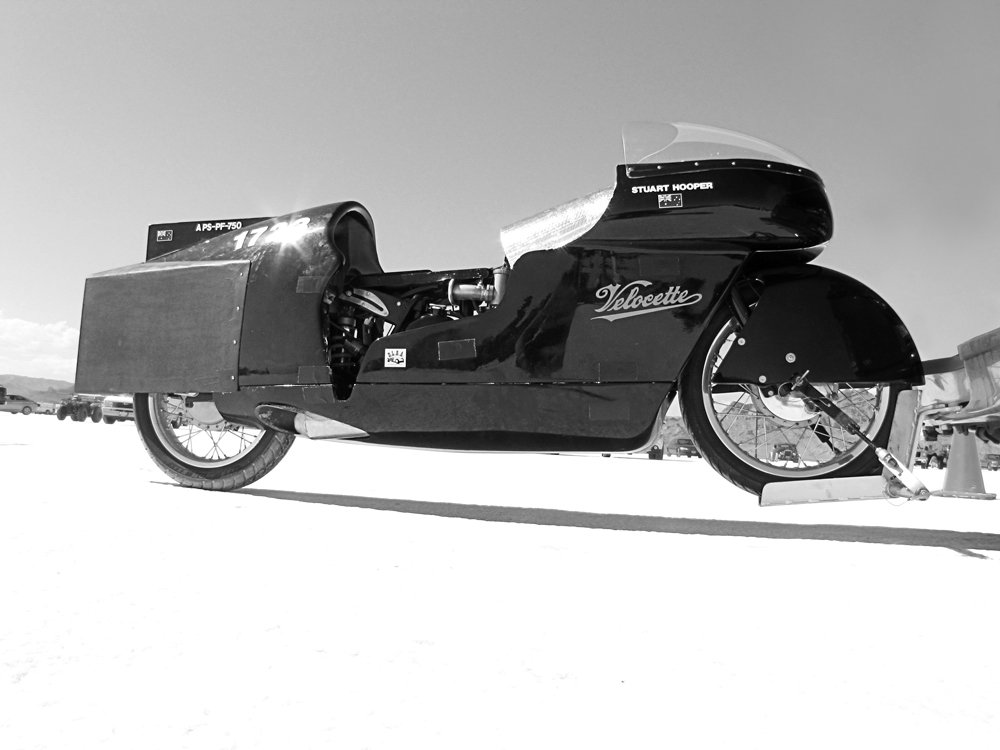 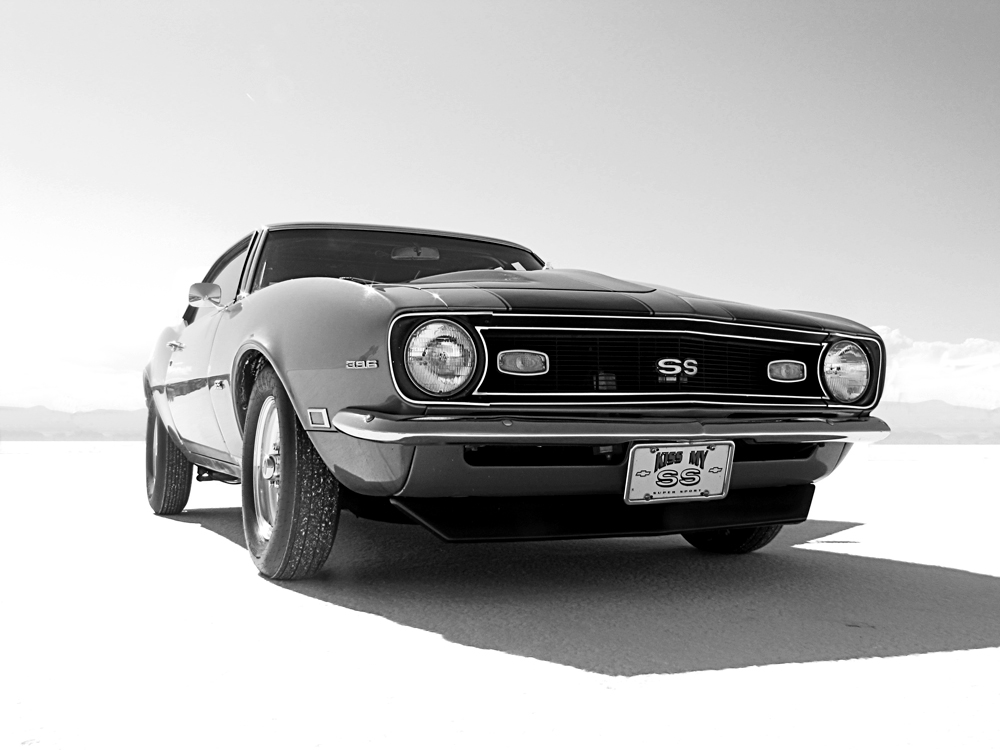 I couldn’t stay long. I was trying to cross Utah and most of Wyoming that day and the temperature would go down into the high 40s later that night. I’m going back there for Speedweek in August next year. It’s a solid 4 days of riding from Philly. Who’s coming? 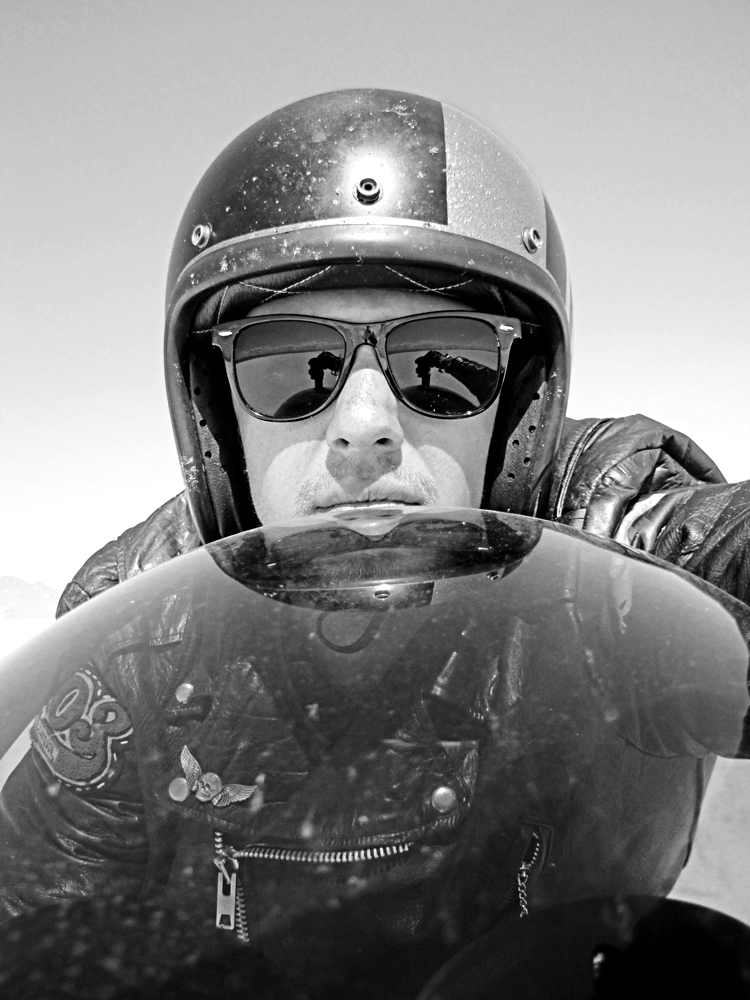 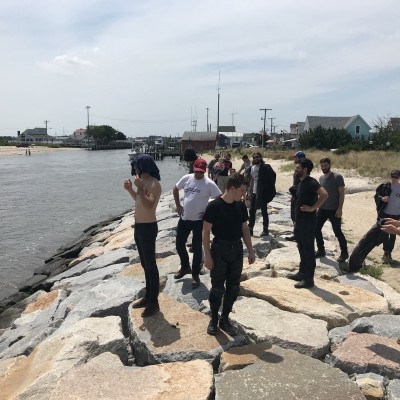