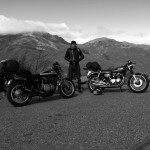 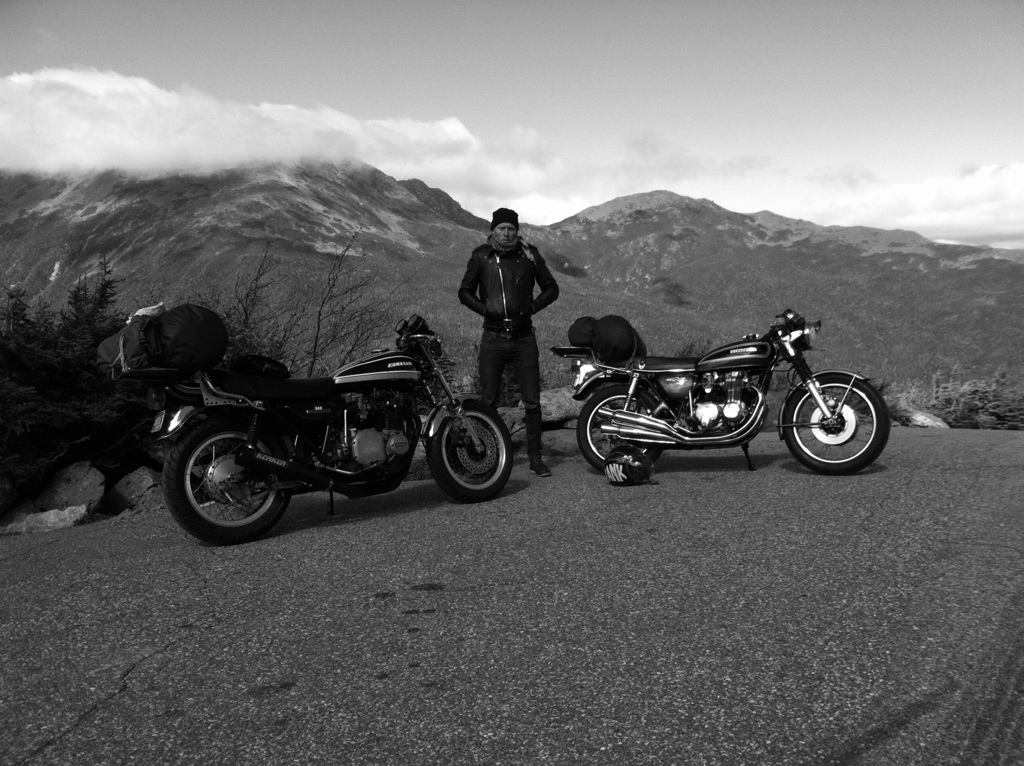 – after seeing too many homeless people we left Portland
– headed to mt. Washington
– climbed it like champs
– kinda a big workout for an old bike
– cold as shit at the summit. 30 degrees
– headed to George’s land in s.e. Vermont
– you know George… Burly guy with the cb500 four
– blasted the ton for a while
– on the way met some older gent who’s ridden across country on old bmw’s
– he’s also ridden across country on a 125cc Vespa
– Andrew Watson met us for the night on his cb500 four
– sitting by campfire now catching up
– Adams goatee beard is coming in real nice 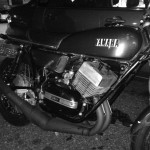