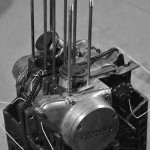 It looks like I’m not putting a 450 head on the 500t cylinders.
Everything on the 500t is in way better condition so I’m going with it. 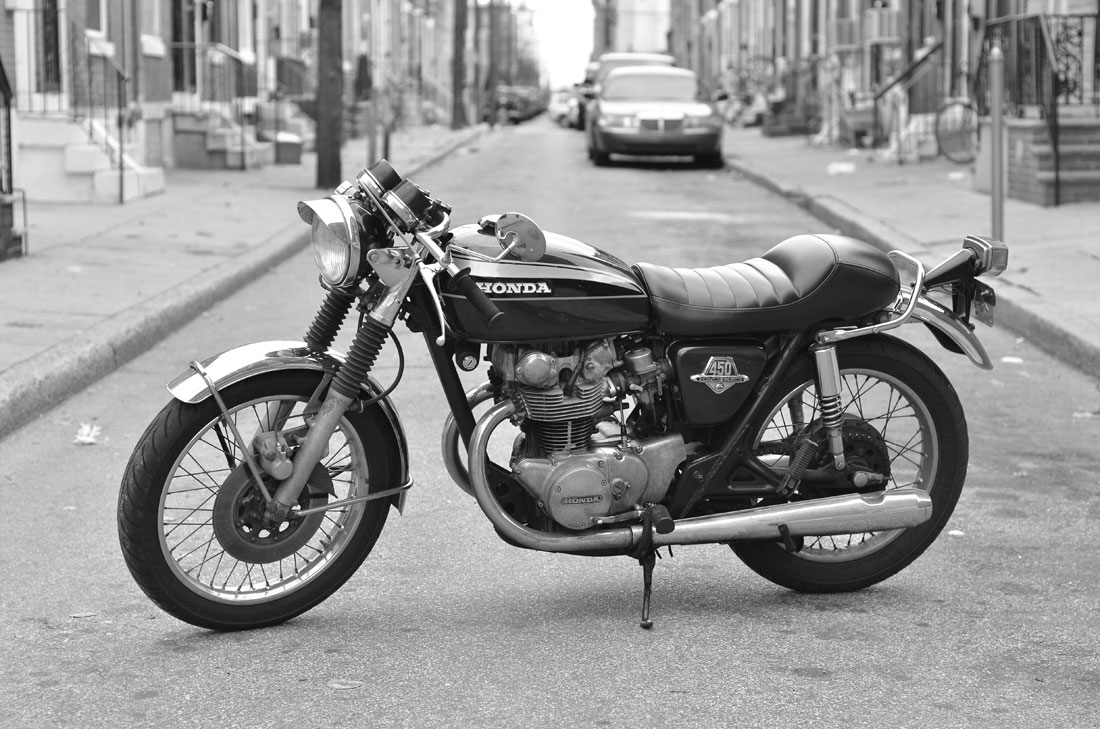 Rip all the shit off it. 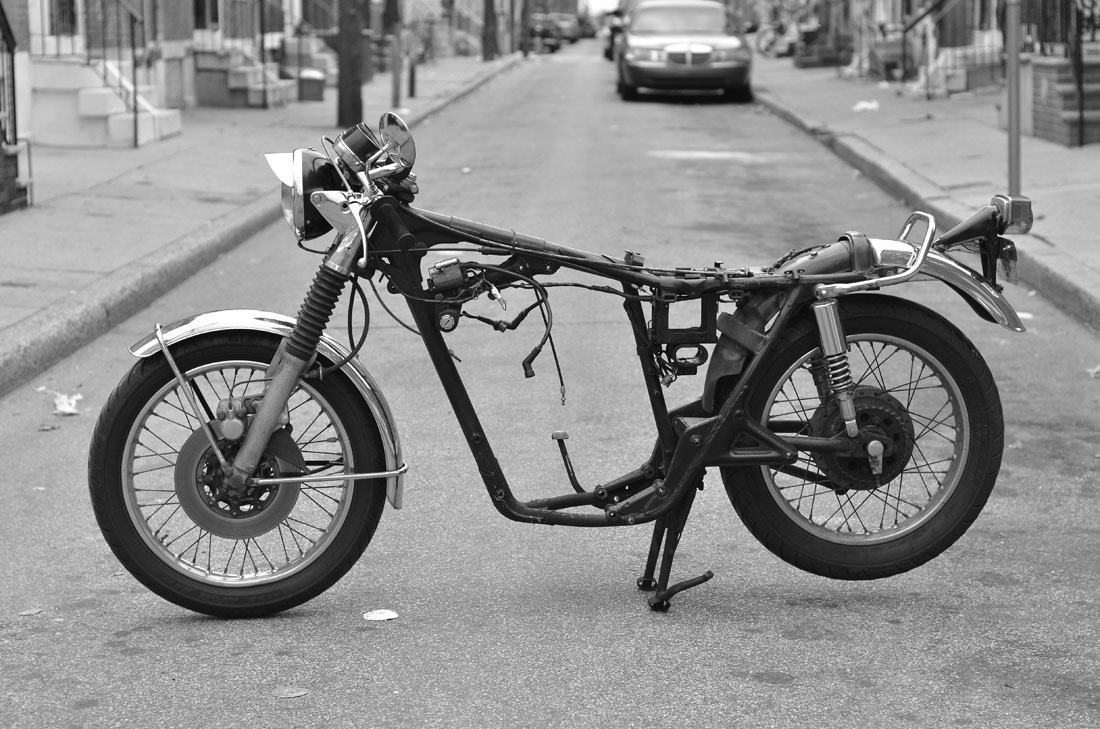 Get the engine top end apart. 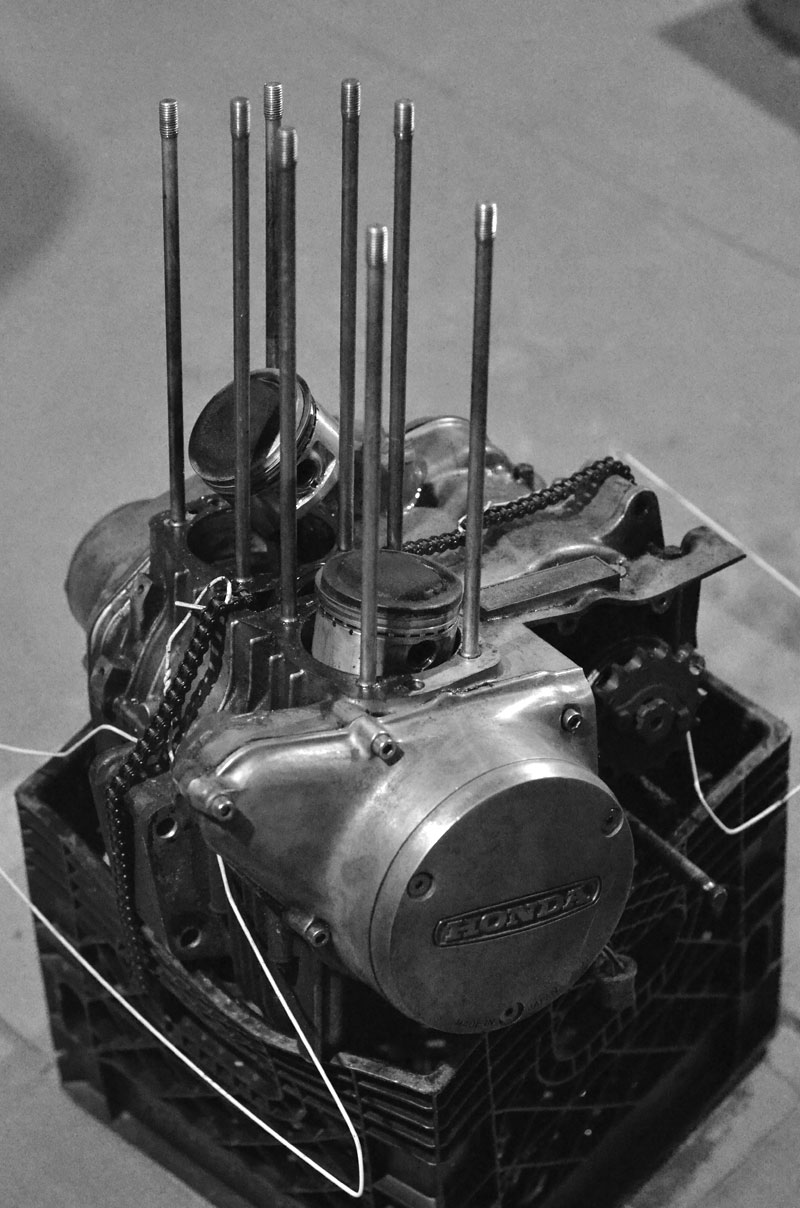 The 500t combustion chambers are in way better shape then the 450’s were. 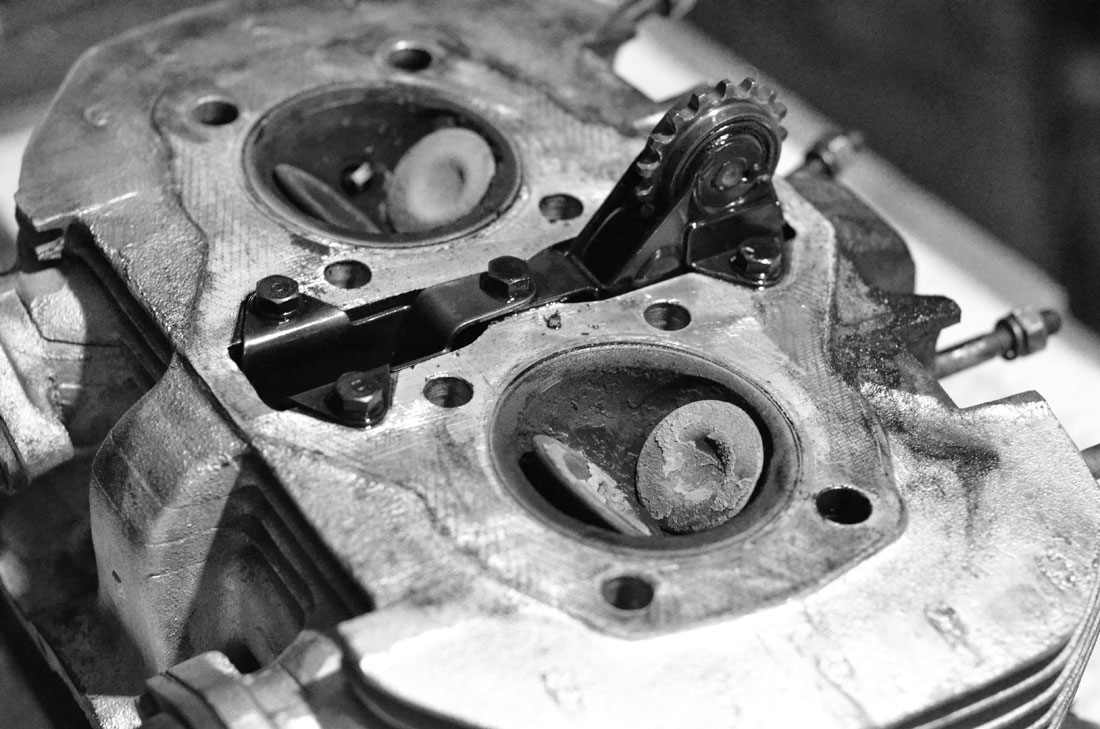 Cam followers are worn a normal amount I suppose, but they’re definitely not dished inward like the 450’s were. See the 450’s here. I’m not sure if I have to fuck with these? Seem okay I guess. 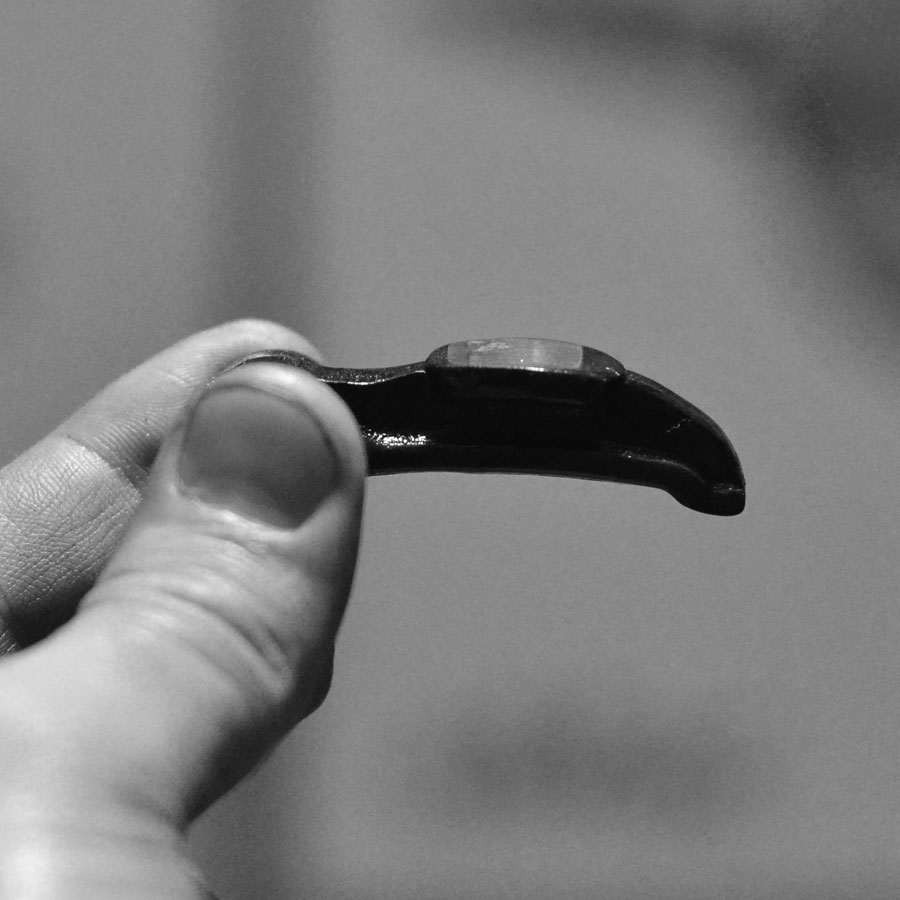 The cam has a tiny bit of pitting on the lobes, but it’s pitted inward and overall seems smooth. If the cam followers are smooth and not dished inward, I’m guessing the cams are fine too? 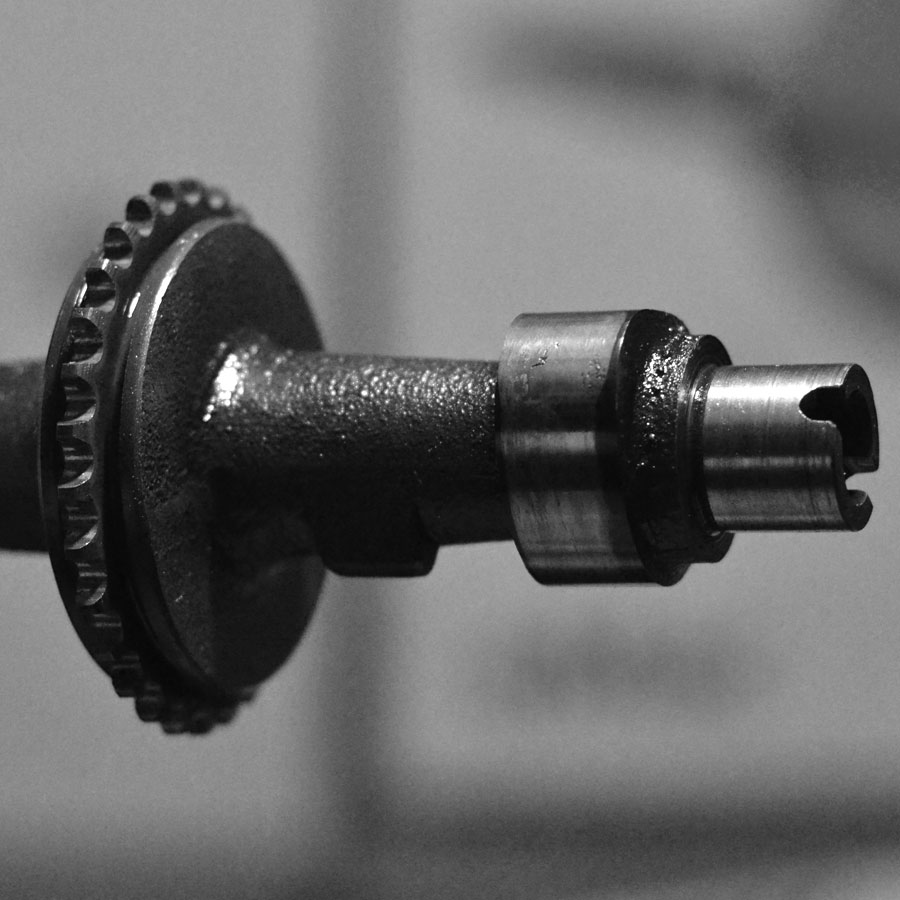 Valve seats look decent. I’ve never lapped valves before, so that should be interesting. I’m going to make a post about it. Hang tight on that one. 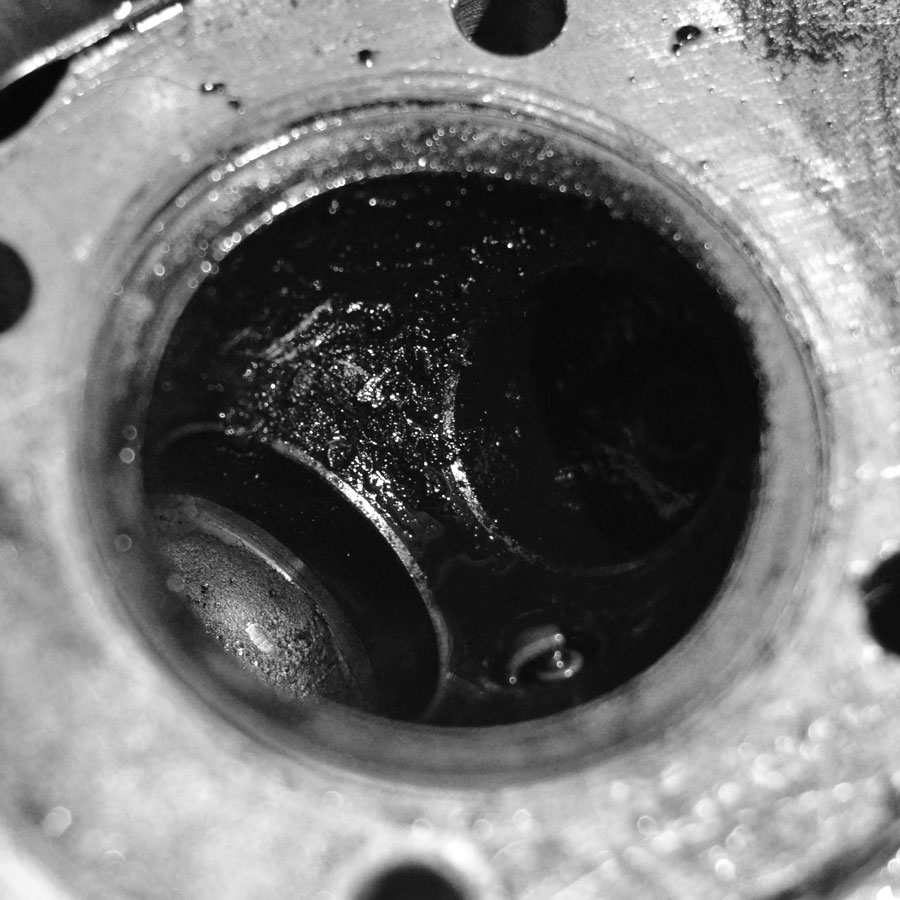 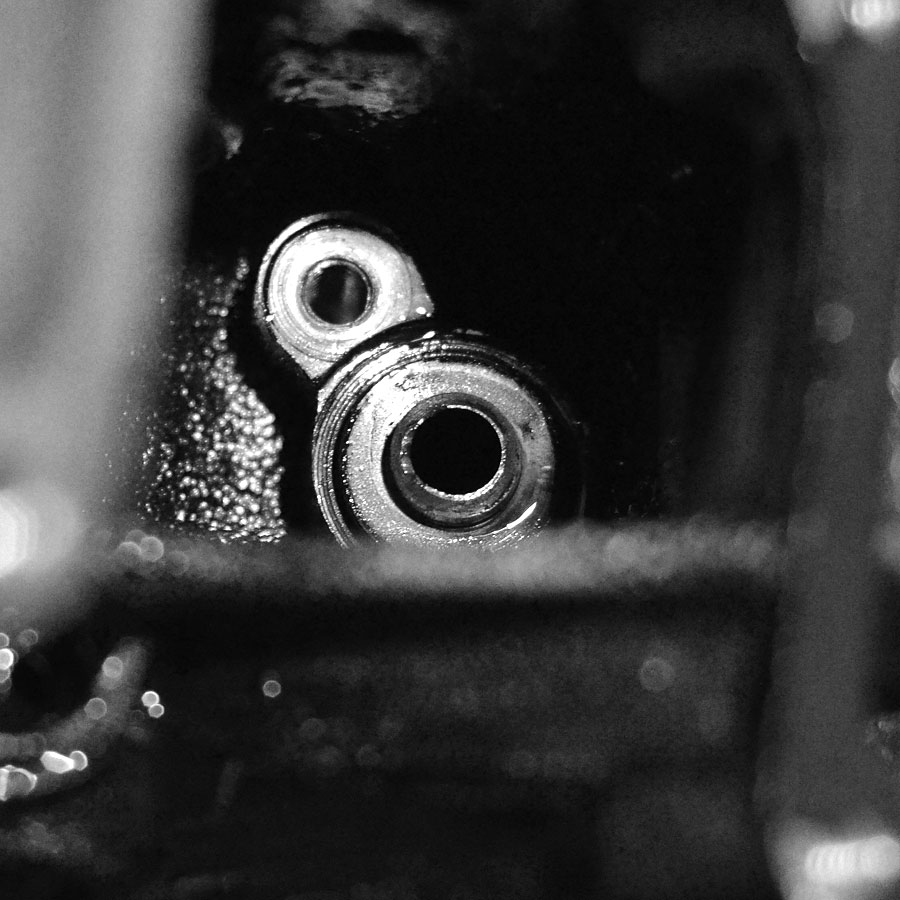 So far everything has gone smoothly except the valve seal removal, which… I might have a problem here. The picture above is after the valve seal removal. I practiced removing the seals on my extra 450 head, and they came out super easy. piece of cake. So… then I went to do it on the 500t head, which is the head I actually plan on using, and they would not come the fuck out. WTF. Took forever. Seemed like they were glued on there?

Looks like I nicked the top of the bronze valve guides. Fuckkkk. I looked closely with a flashlight and the inside looks smooth. The concern is that the valve going up and down a million times on something that may not be perfectly smooth could put a groove line on the valve and then put wear on the rubber seal, and then allow oil blow by into the combustion chamber, then I’ll throw the bike off a cliff 3 months from now, or do the rebuild all over again.

Here is what I’m thinking…

I don’t know if it is bad enough where anything would be affected on the valve operation. The inside looks smooth. I inserted the valve and it feels smooth going up and down. I could run some 2000 grit sandpaper on the inside of the guide to clear any burs (if there are any). Not sure if that’s a good idea though. The guide is bronze right? and valve is steel. Bronze is way softer than steel right? So I don’t see, even if there was a hypothetical bur, I don’t see how it would score the valve. Seems the valve would just smooth it out and it’d be fine?

Not sure if I want to have new valve guides pressed in because i’d almost certainly have to get the valve seats re-cut. I think…

Below see the seal cap getting damaging while removing the seals. I have extras of these from my other head and they’re perfect. The only concern is the guides. 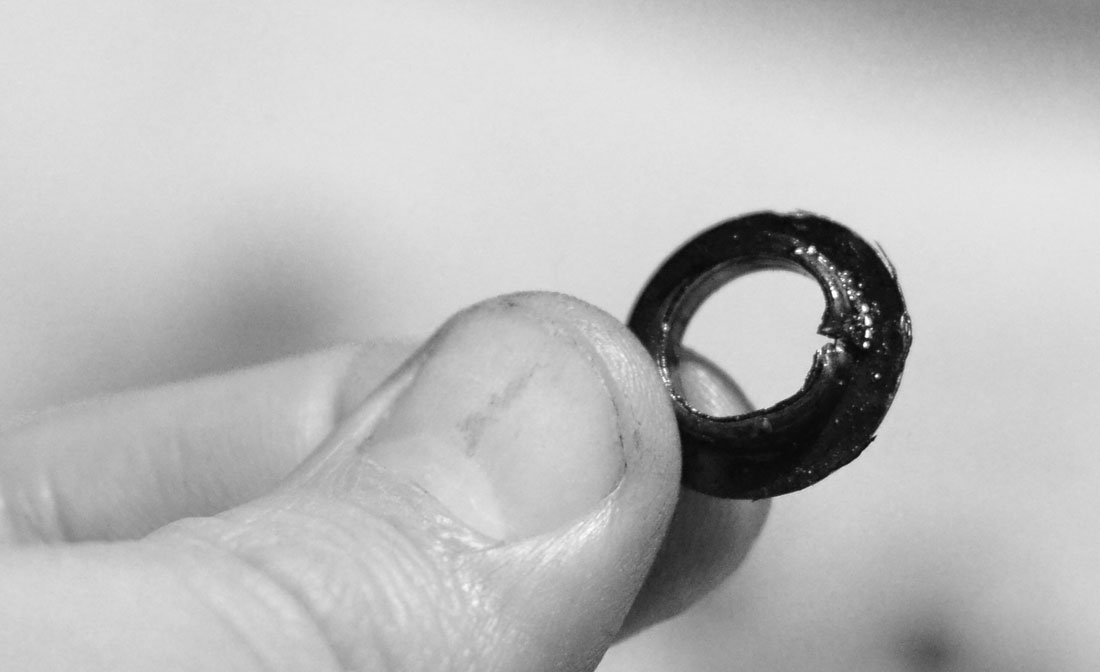 The engine build is going okay so far.

Bike should be pretty quick when I’m done with it. Or blow the fuck up. We’ll see… 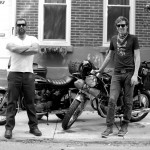