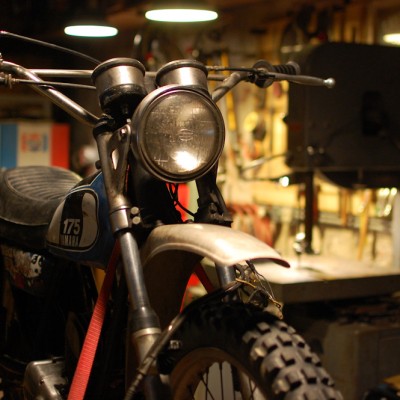 Last year I met an older guy at Ride 2 Skate. Ed and I had rode our dirt bikes down to the show and this guy was pumped on them. He said he used to build and race flat track with the DT’s back in the day. He explained the hot setup was to use the earlier model DT’s with dual rear shocks and swap in a motor from a later model mono shock DT / MX and that it was a direct swap.

Well this got me pumped so at some point last year I picked up this 1981 MX 175 cheap with a solid motor, no title, and a bit rough around the edges. It was perfect candidate for the motor swap. However, after a few hours of disassembly and attempted reassembly the motor doesn’t swap over clean. Motor mounts kinda line up but more importantly the chain line is about an 1/8″ off so basically it would need all new mounts to correct everything. So the swap is possible but currently more work than I’m looking to invest in it. I had to try it for myself and this post is for anyone (probably few but..) who has thought about doing this. 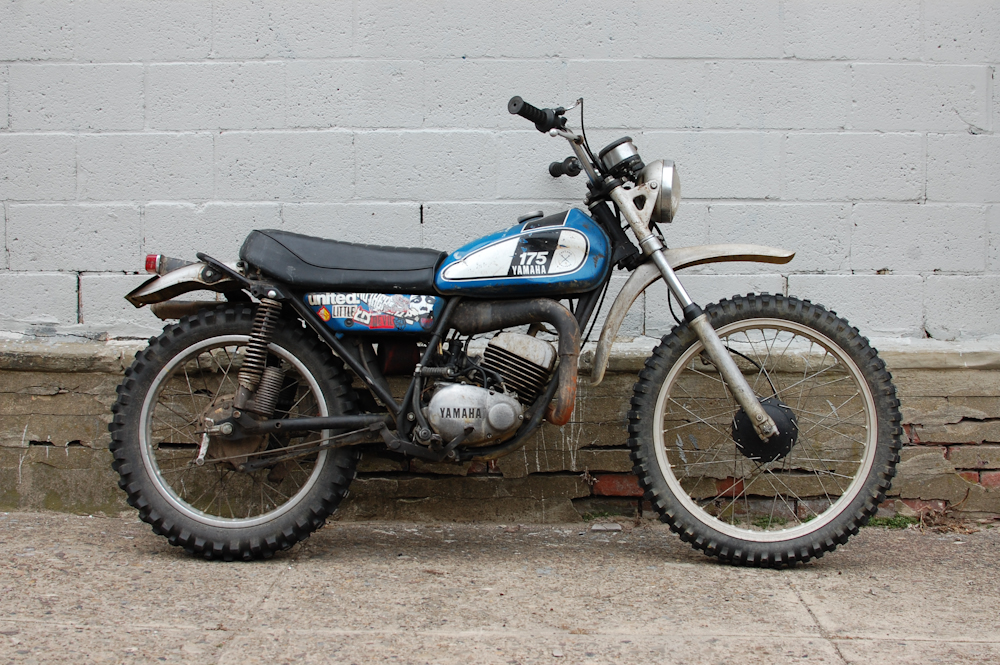 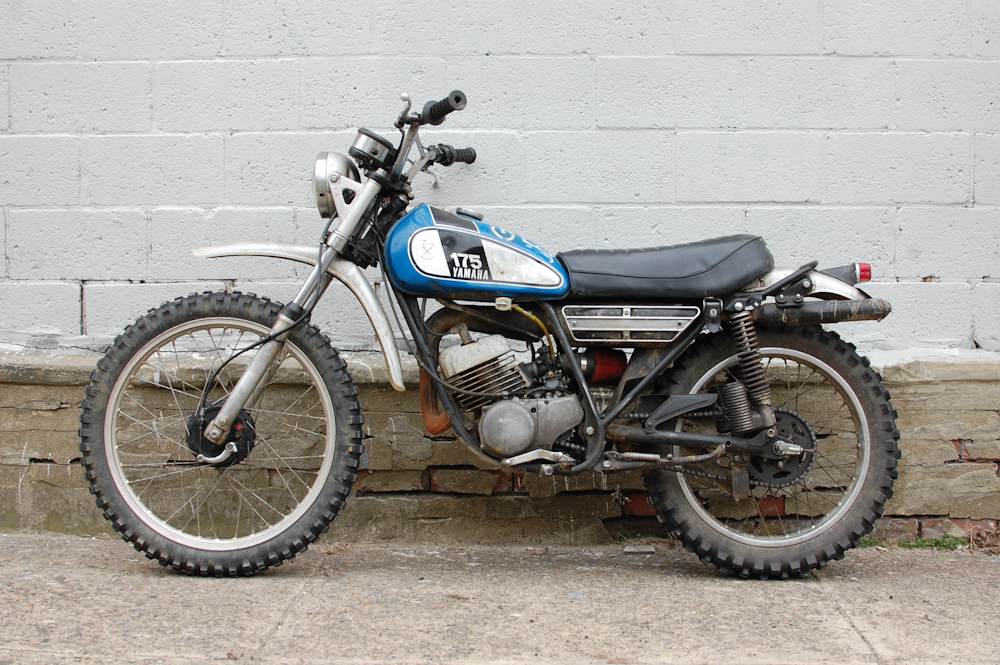 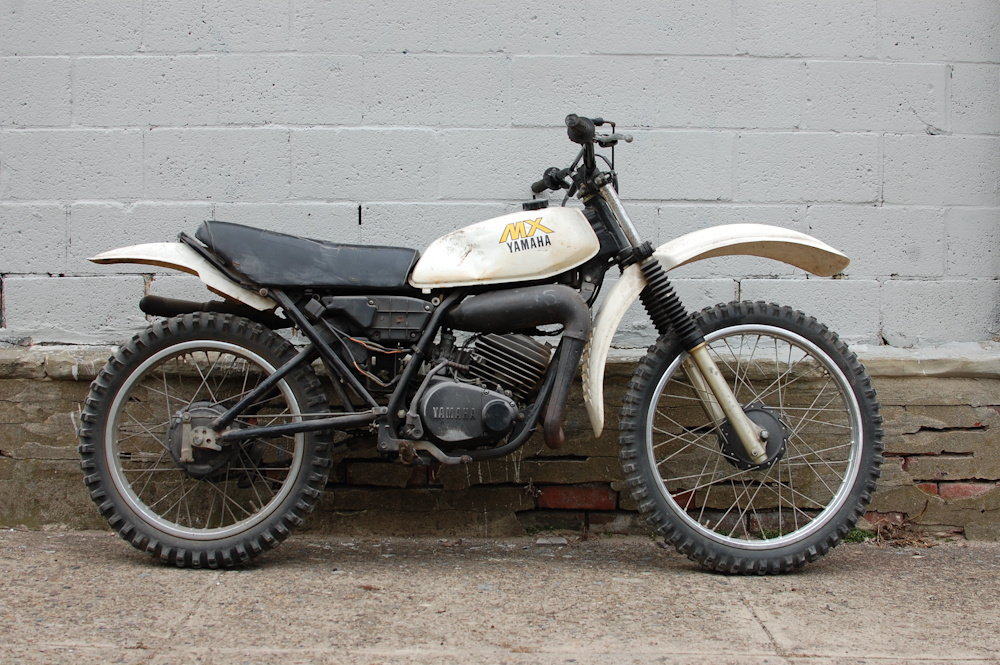 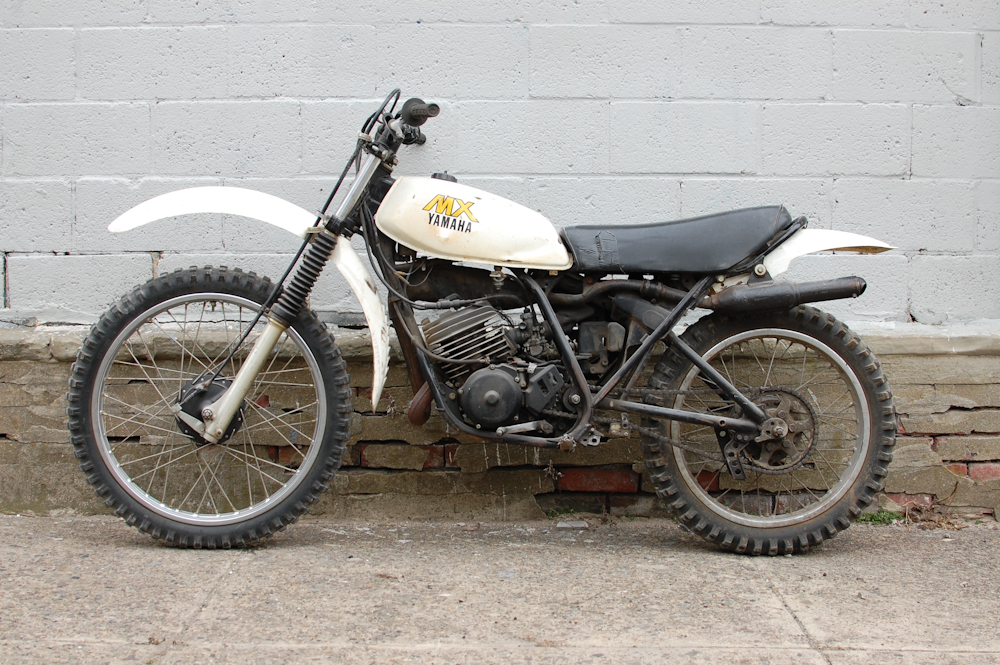 MX motor piston is still standard bore which is good. 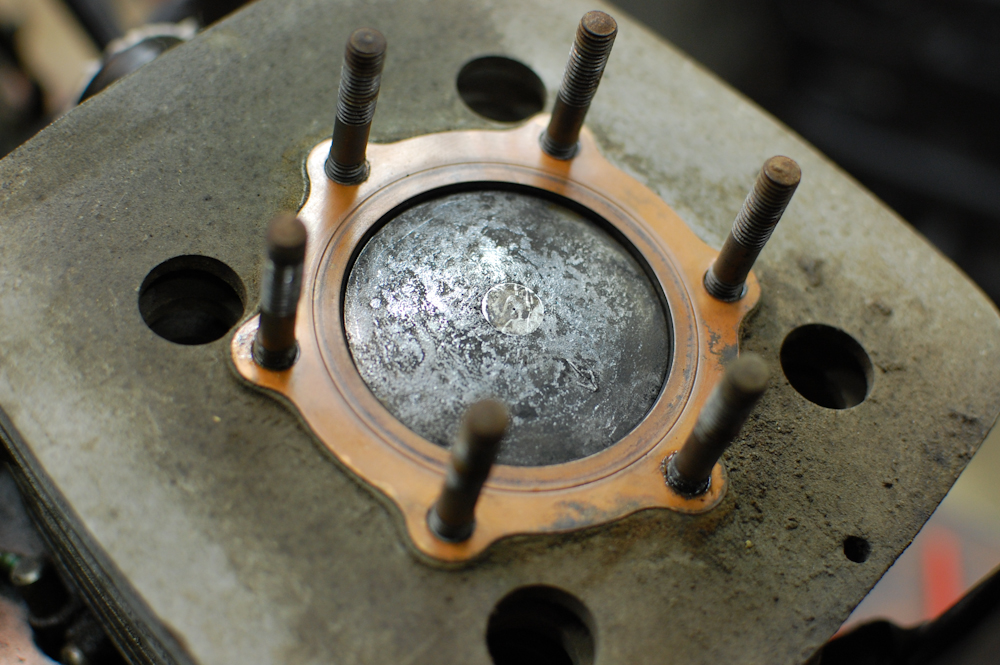 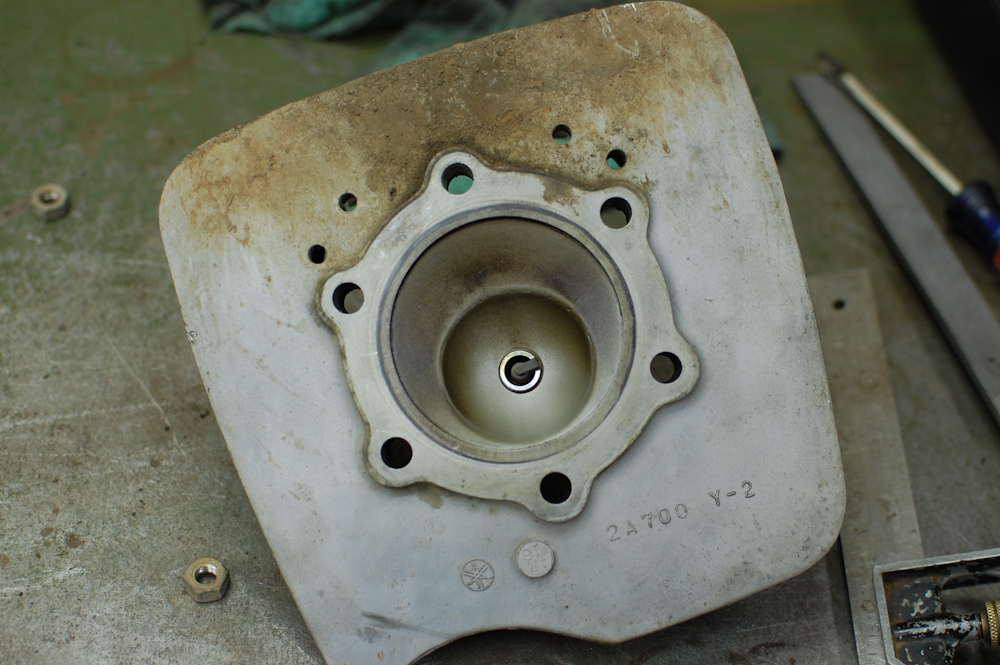 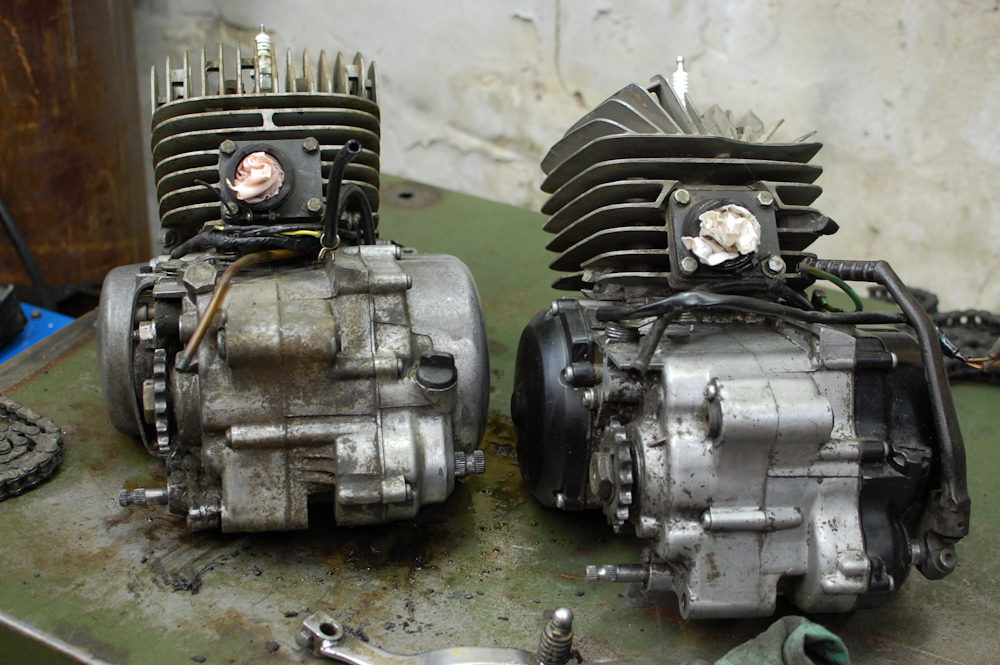 MX motor in the DT with just the bottom right bolt engine bolt. 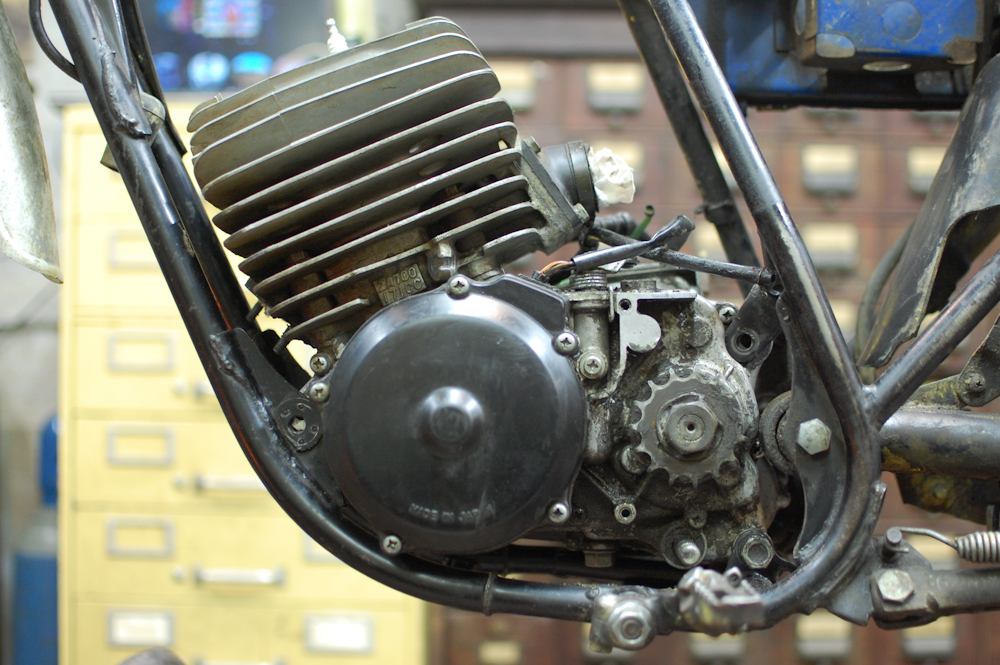 DT motor in the DT 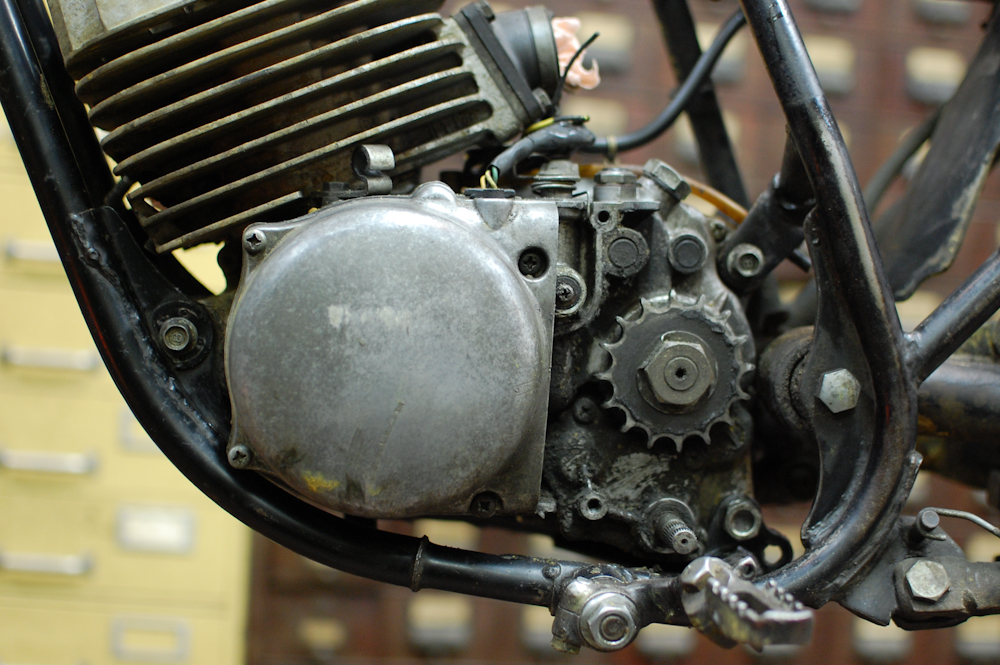 DT will stay stockish for now. I have an early model MX175 exhaust that I’m going to try and fit on. Supposedly a power upgrade but we’ll see. 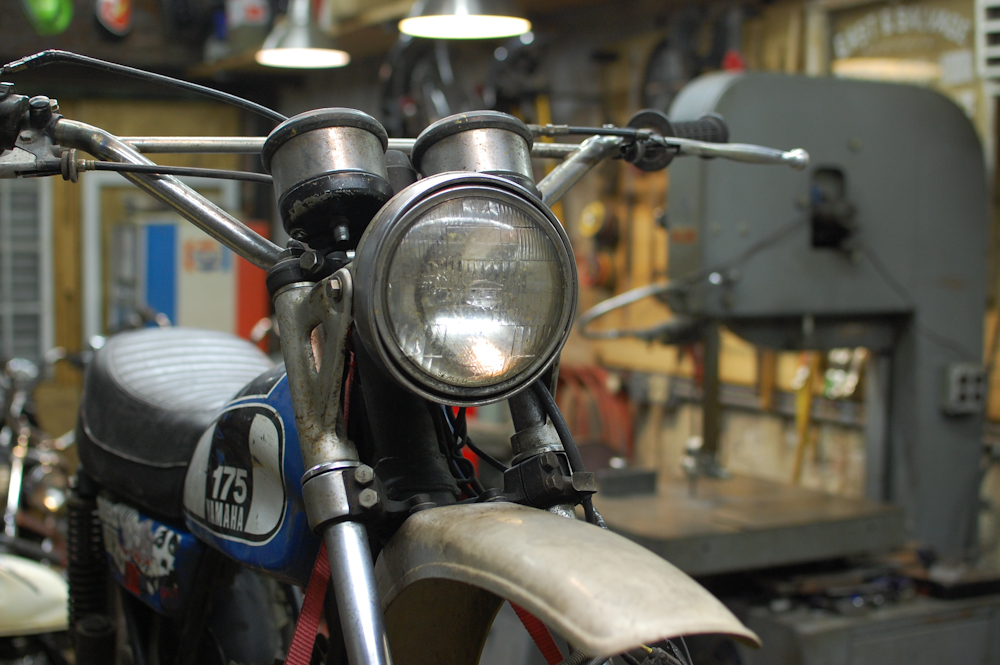 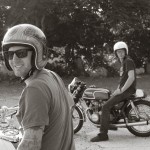