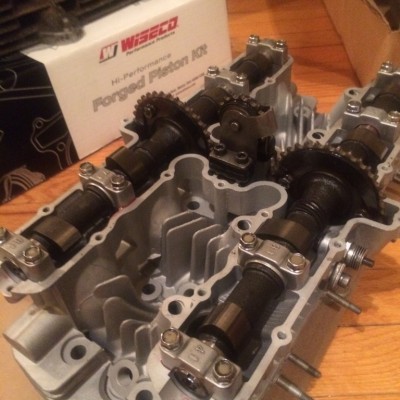 If you’ve ever taken a look at a KZ650 and researched its history you will know that it was produced to be faster, lighter, and more powerful than any other 650 and 750 during the mid-to-late 70’s.  For that reason I had desired this bike for awhile.  I spotted one on craigslist for $500 and jumped on it.  What thrilled me the most over the course of this project is what had been discovered inside the engine. 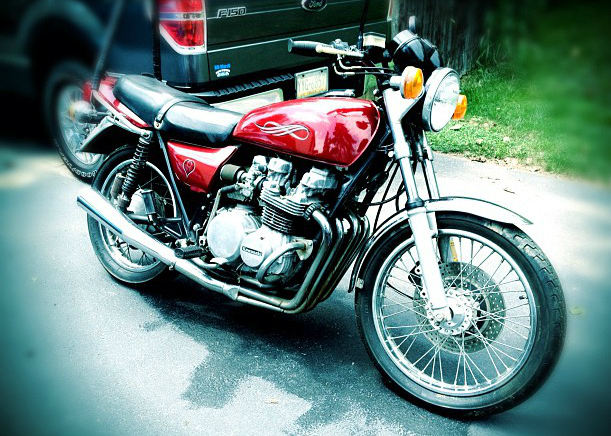 It was found in a shed sitting for over 15 years.  Naturally some things would be wrong with it.  It had dry rotted tires, a frozen master cylinder, oil leaking out of the engine halves, ugly decals, and a hideous sissy bar.  First things first, lets make sure it runs.

GOOD LORD!  That’s certainly not the sound of a stock engine.  Later on I had discovered this KZ has been highly modified with 65mm pistons (+3mm over stock), Andrews #20 Cams (.350 lift vs .304 stock cams), and a Martek 440 electronic ignition system.  All of which screamed to the tune of a Kerker 4-1 exhaust.  It was now time to tear down the engine, frame, and rebuild her with some additional performance upgrades along with a new look. 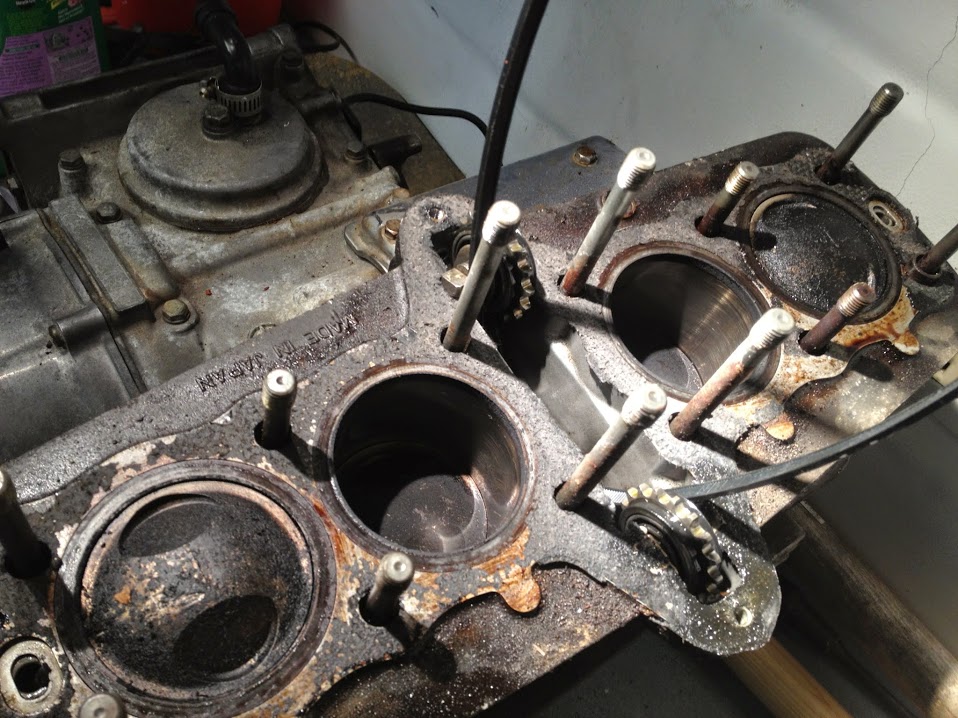 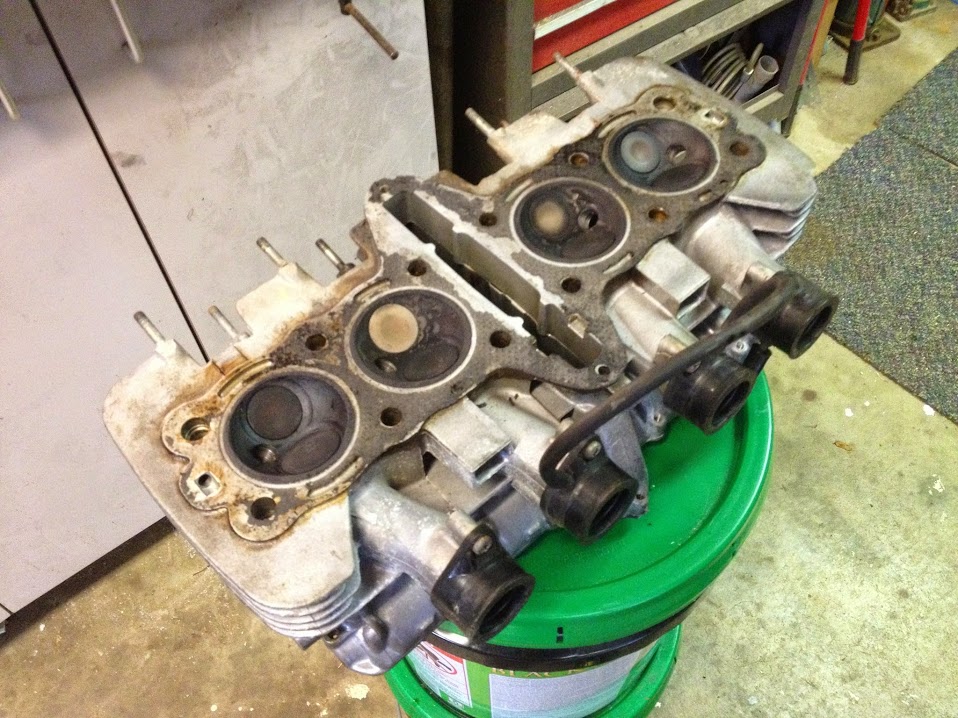 Opps I managed to chip the piston wall during removal of the circlip .  This is going to suck. 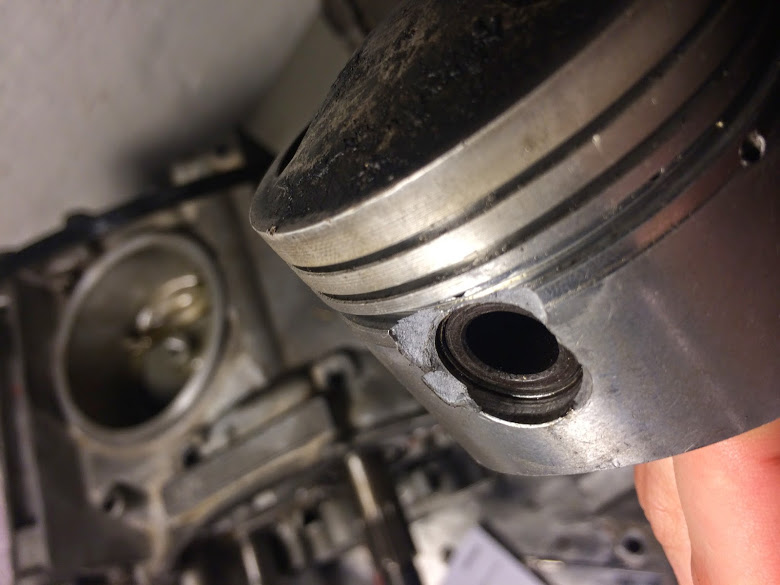 It’s just my luck that Wiseco no longer makes the 65mm kit.  Instead I had to take a small step backwards if I was going to stick with the Andrews Cams.  So I purchased Wiseco’s 64mm kit and a used stock cylinder block on eBay.  Cylinders were bored out by PowerSeal USA and fitted to the new pistons.  Since this is Part 1 of this project I am still working on reassembling the engine.  At this point I continued with the tear down of the motor. 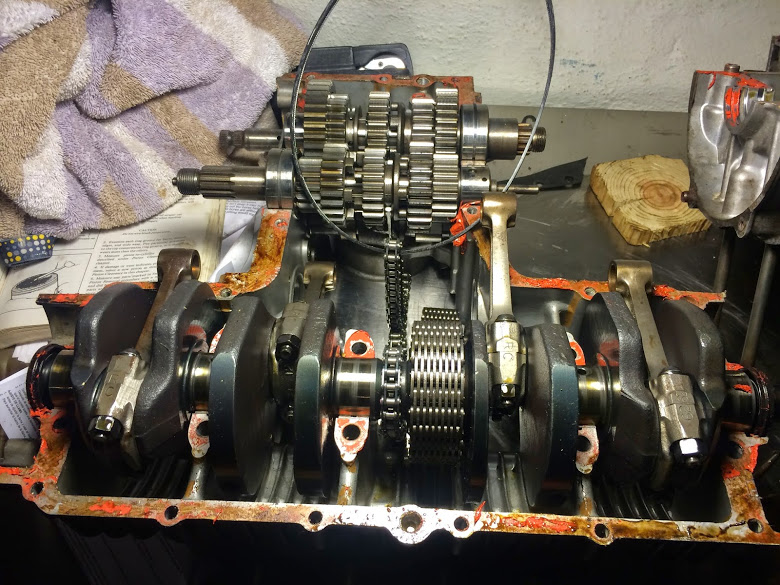 Lucky me, more upgrades!  Those are performance springs installed on the clutch.  I couldn’t be happier. 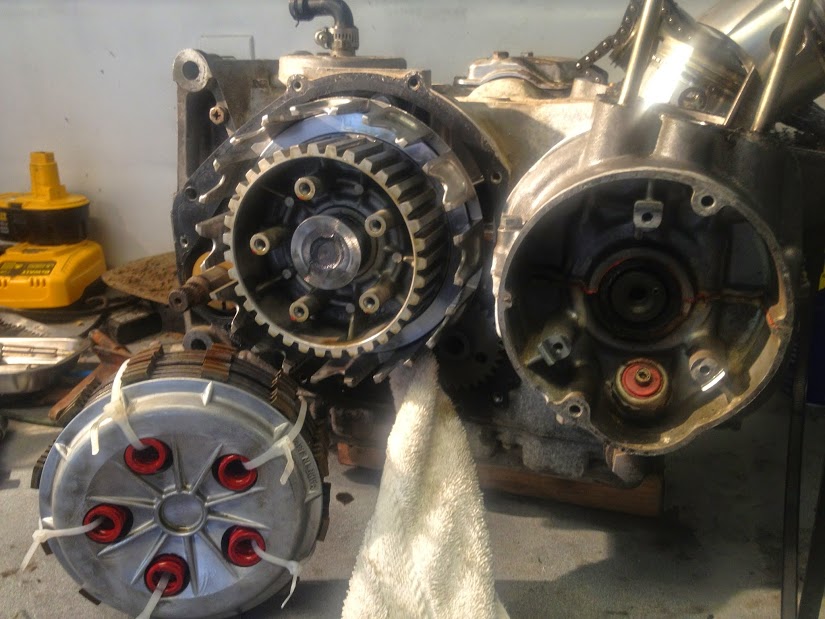 With the engine torn down I began the restoration process.  First with vapor blasting the engine. 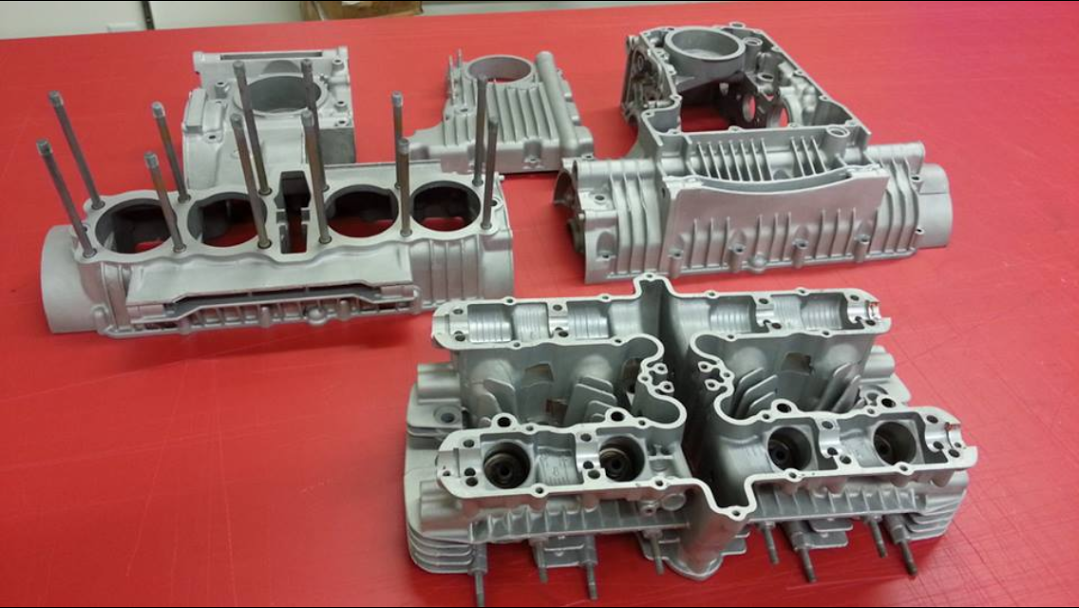 Following that I had the frame and miscellaneous parts powder-coated.  This was my second time using Prestige Powder Finishing in Newark, Delaware.  They primarily work on industrial contract jobs but they will do frames on the side.  Here is the before shot. 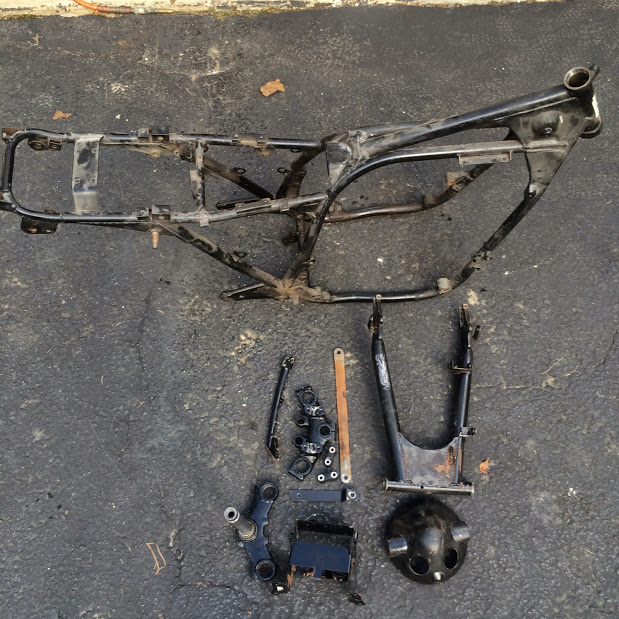 And here is the after shot.  The finish is ‘Satin Black’. 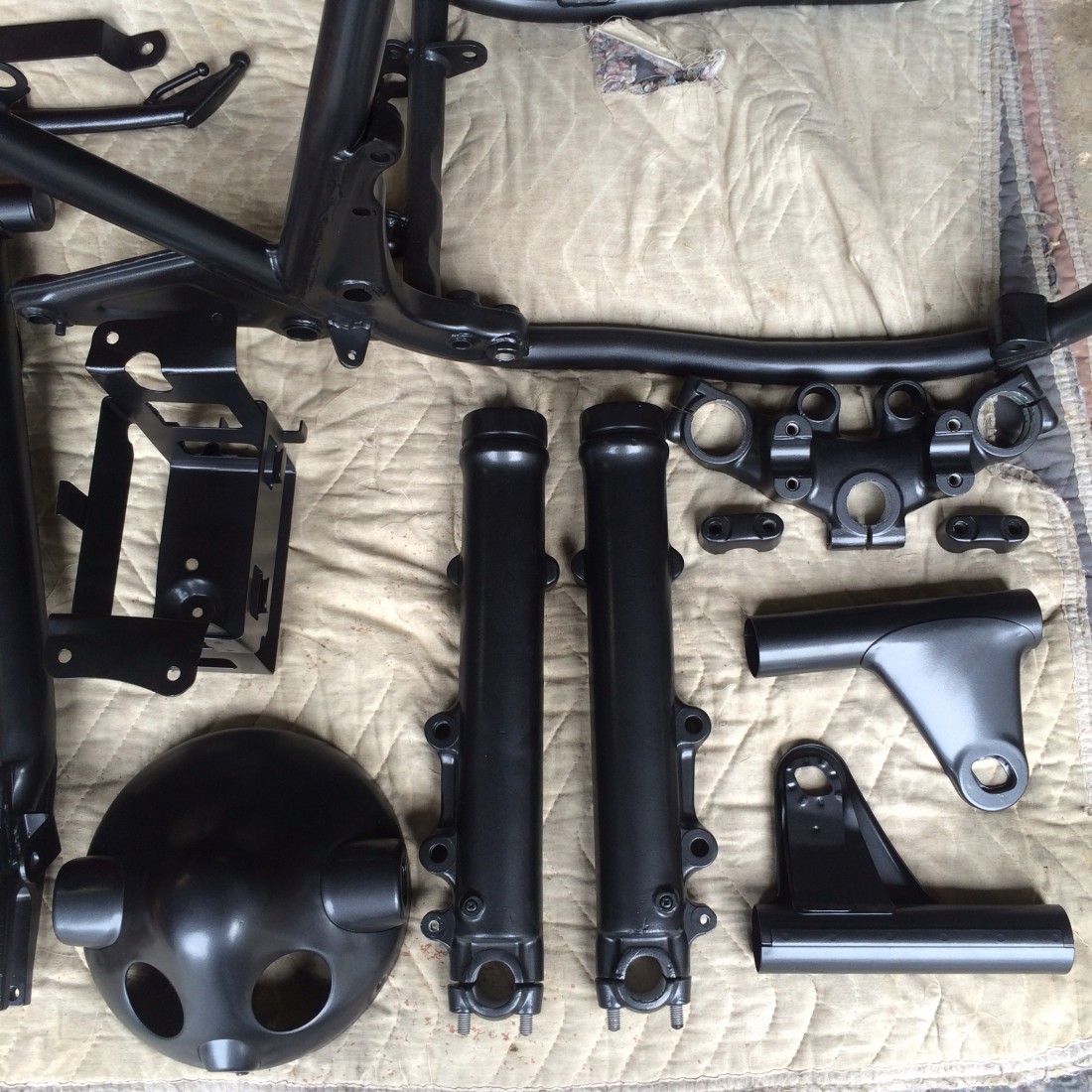 The head was rebuilt by MAR Automotive.  Thanks to Ed for the recommendation. 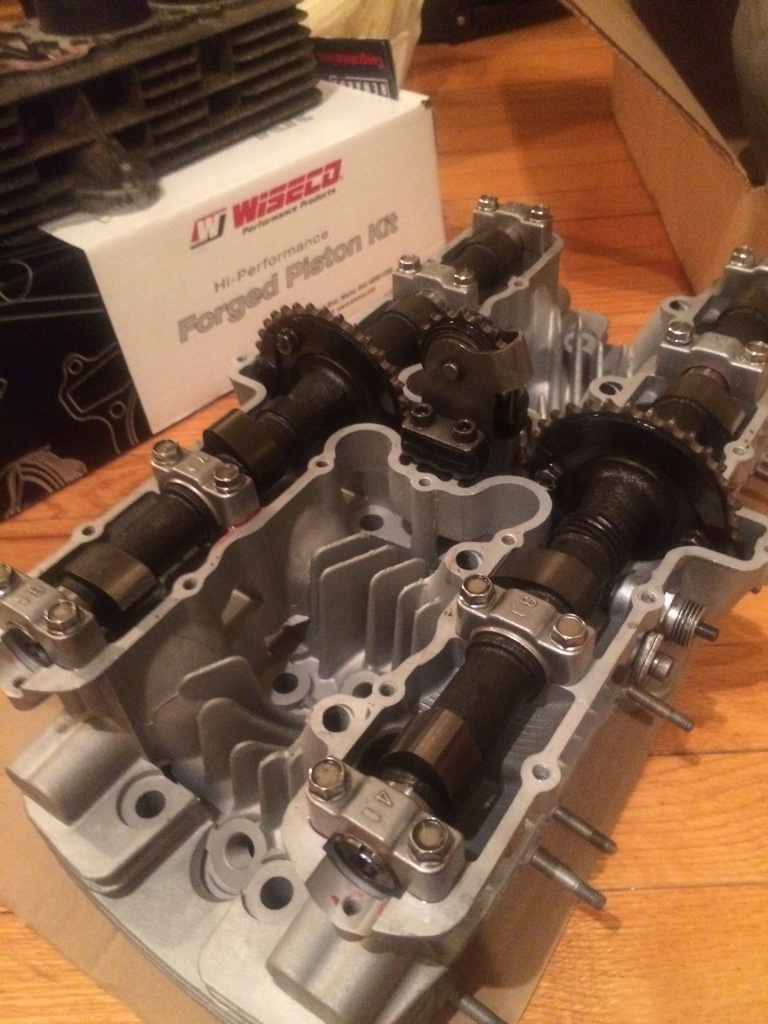 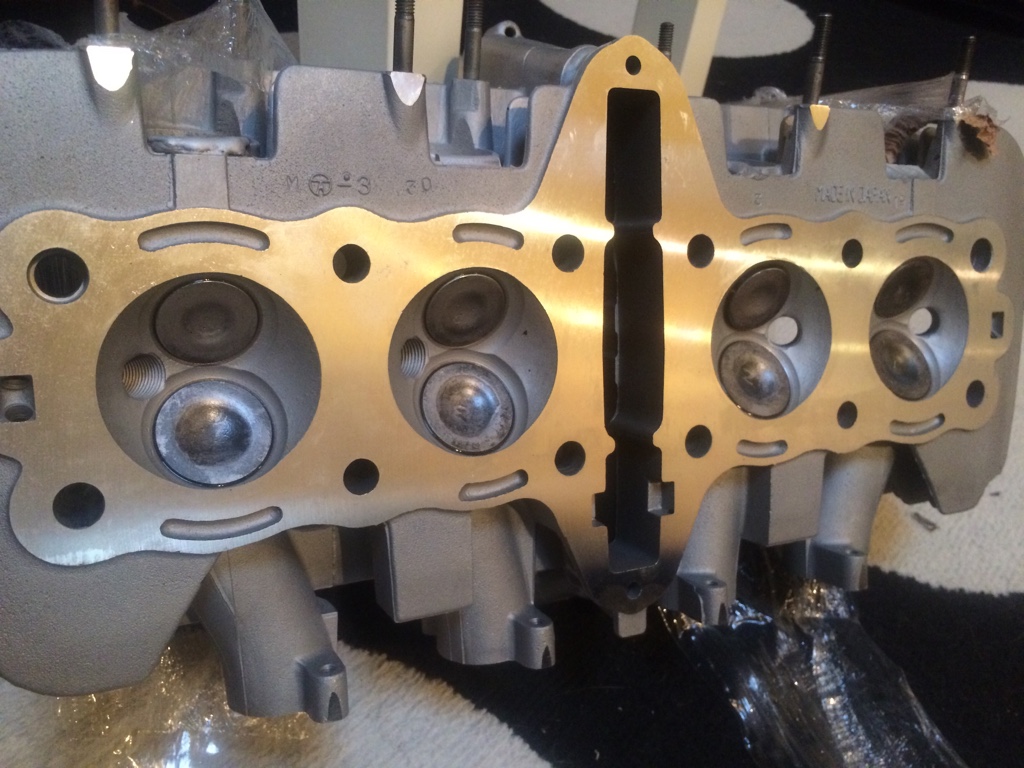 The dirty carbs kept bugging me so I gave them a good wash using an Ultrasonic Cleaner and Simple Green.  Clean on the left, dirty on the right. 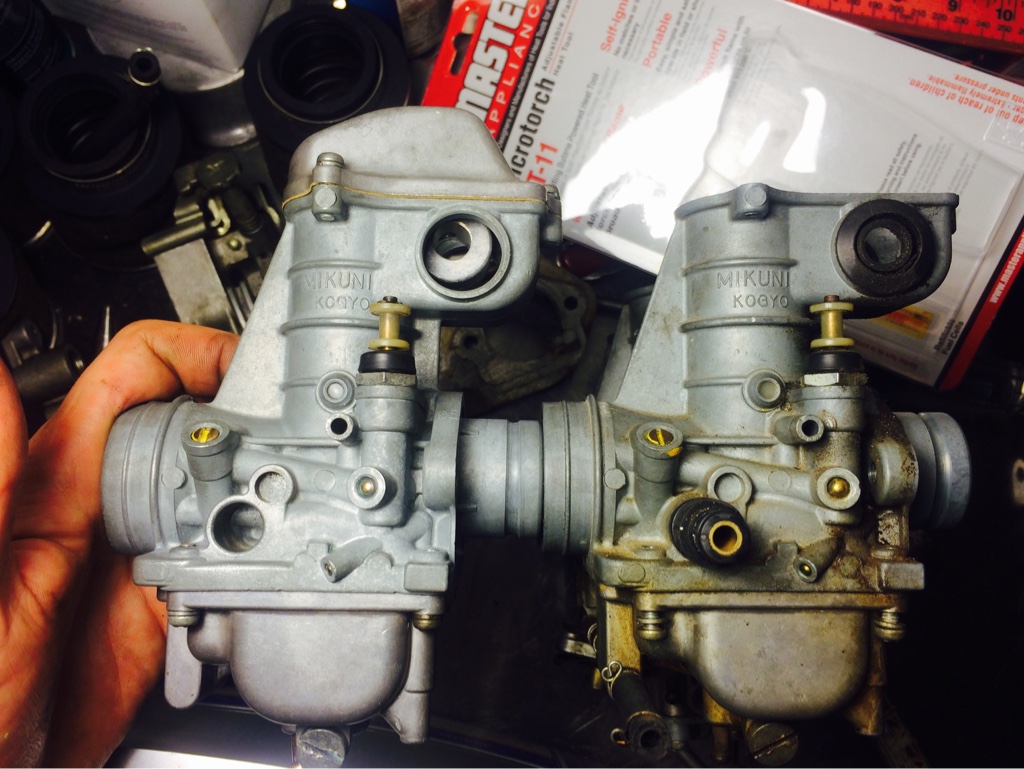 Keeping in mind that air-cooled bikes are not particularly fond of hot summers and stop and go city streets I thought it would be proper to add an oil-cooler to the KZ650, especially with all this extra heat I’ll be packing.  Oddly enough there is a simple solution.  A direct oil sump swap from a 84 GPZ750.  You’ll notice the exchange for the oil cooler at the top.  KZ650 on the left, GPZ750 on the right. 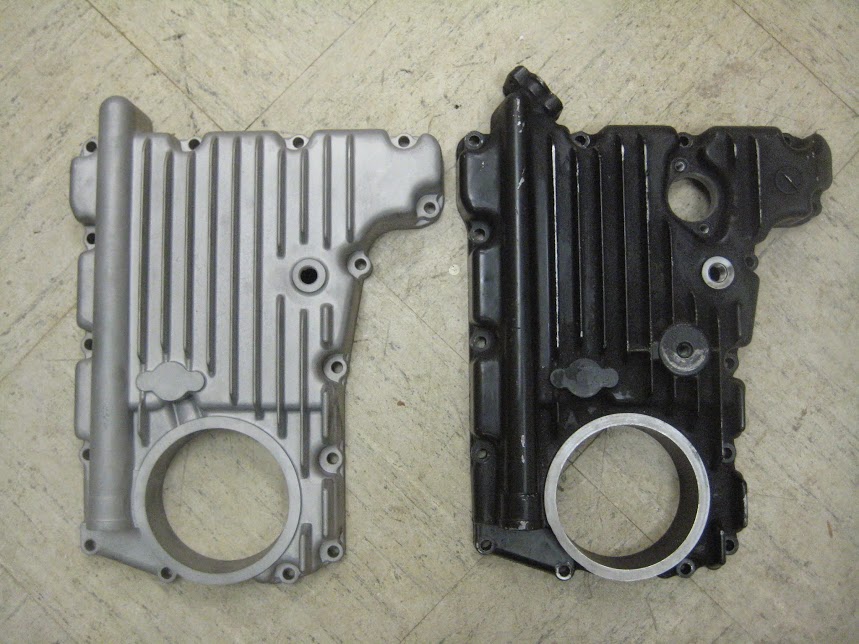 Time to get back to the frame and wheels.  Black spokes, polished hubs, and Avon Roadrider for tires. 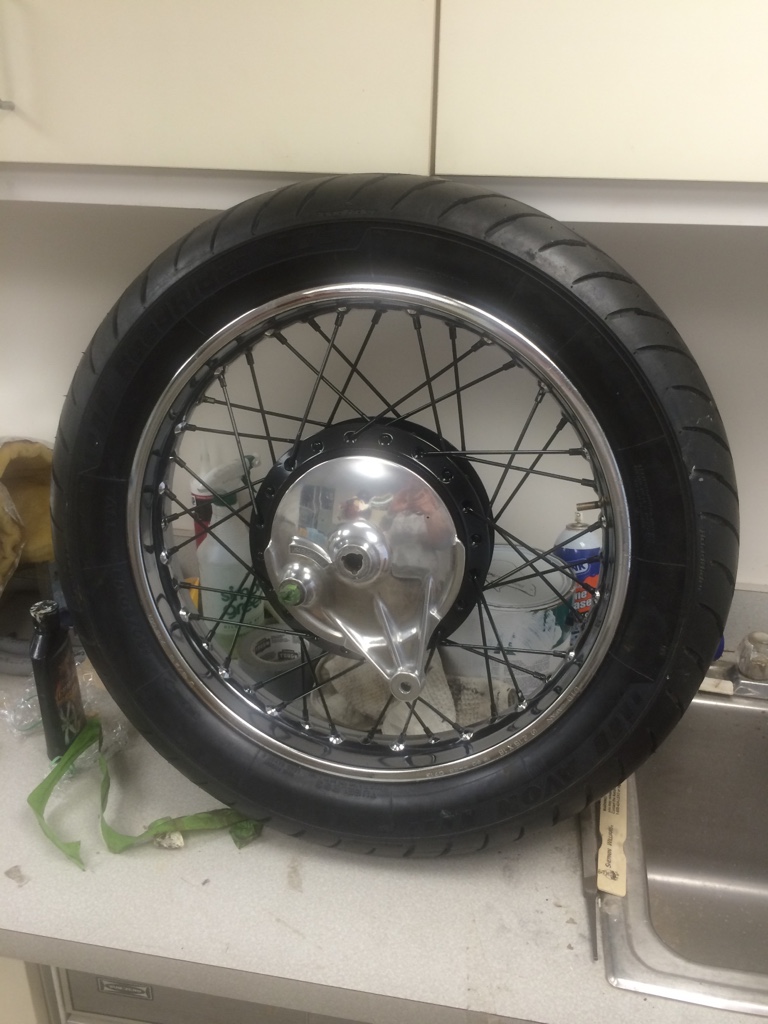 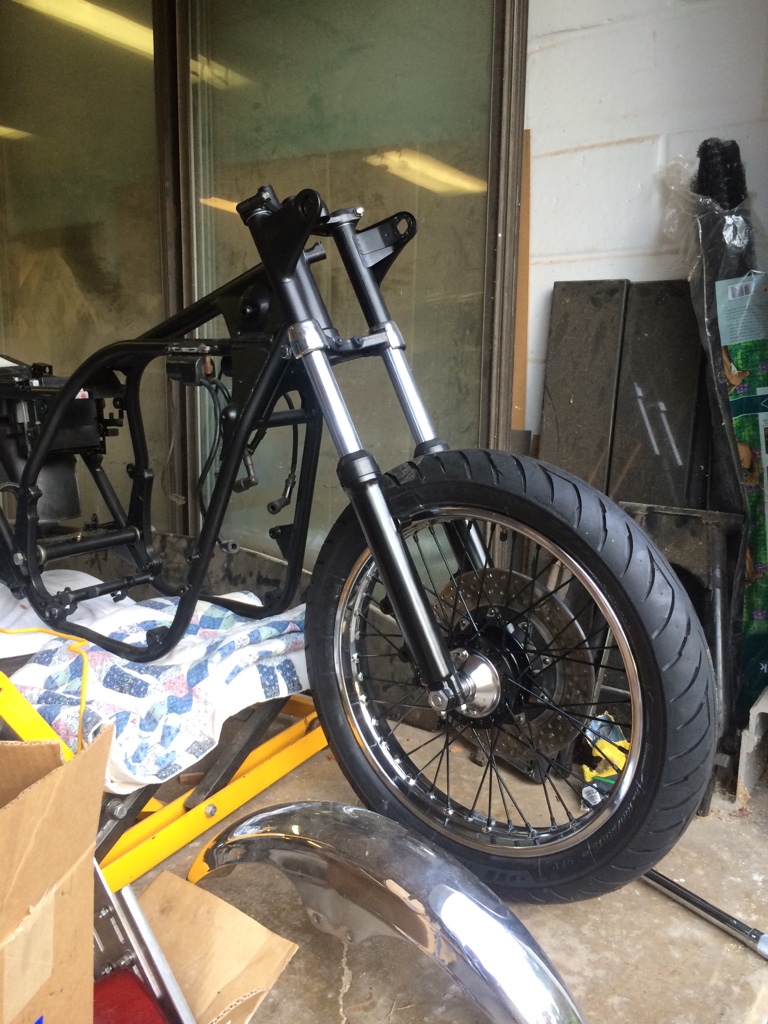 I replaced the fork seals and added performance springs with 15w fork oil for better dampening.  I also added a Tarozzi fork brace for better handling. 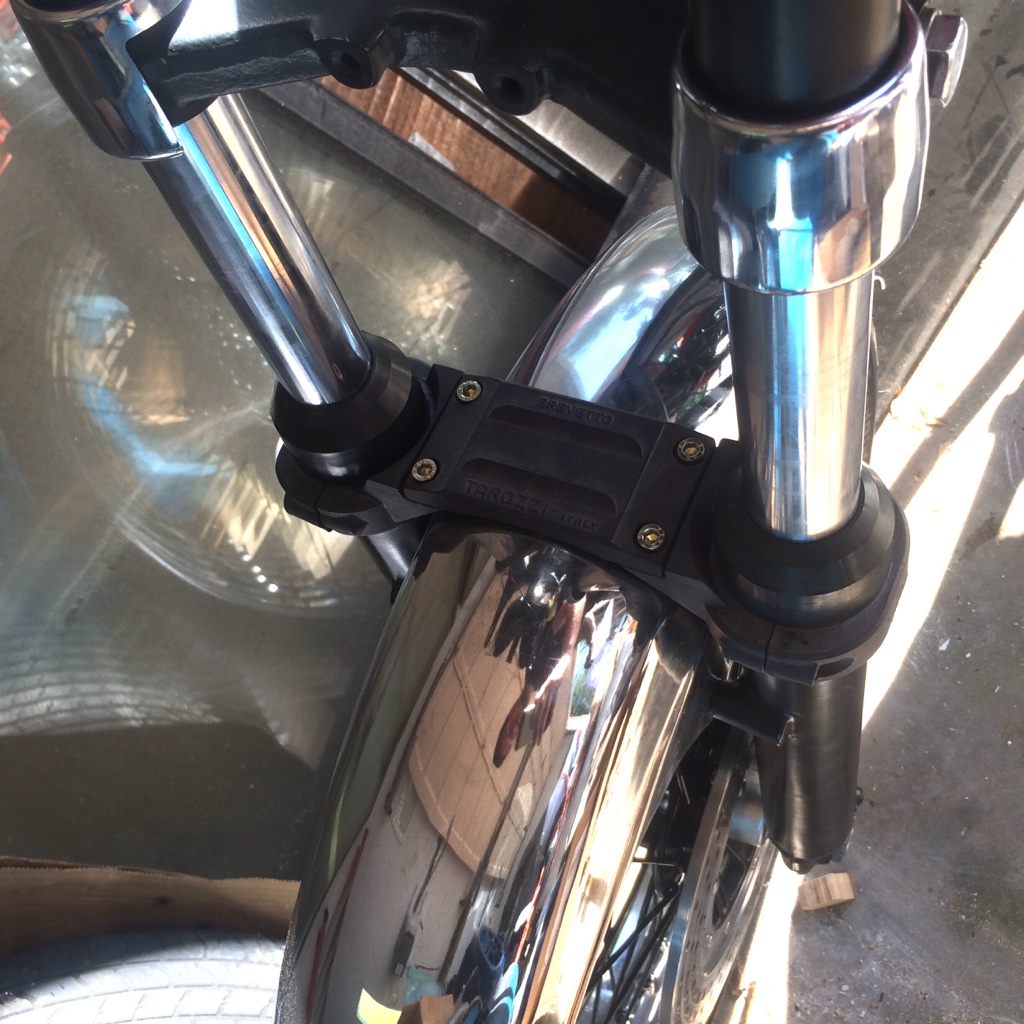 I continued with handling upgrades by installing Progressive Suspension on the rear. 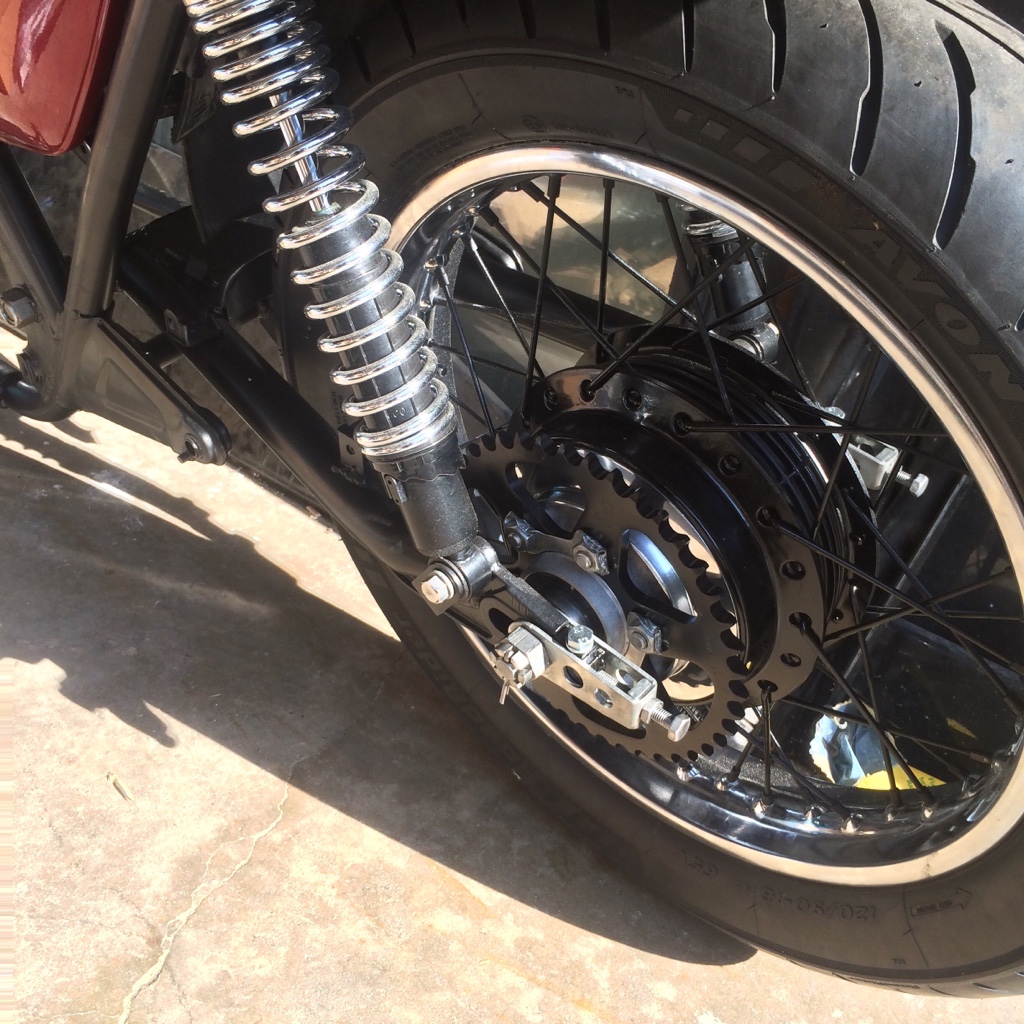 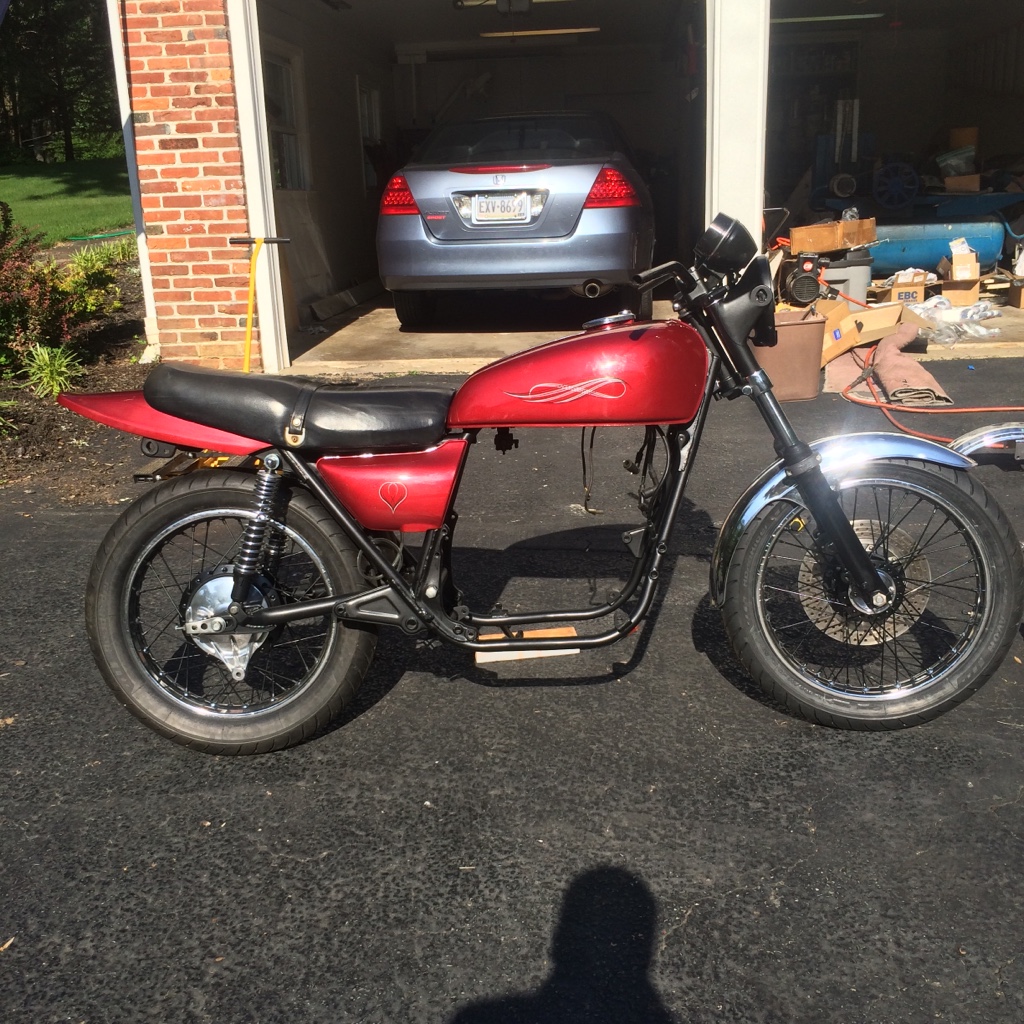 I am using a KZ900/1000 front fender.  It looks better and wraps around the tire to prevent slinging rain and rocks.  Aesthetically you’ll notice I blacked out some pieces and added black euro style handlebars.  I also added LED turn signals. 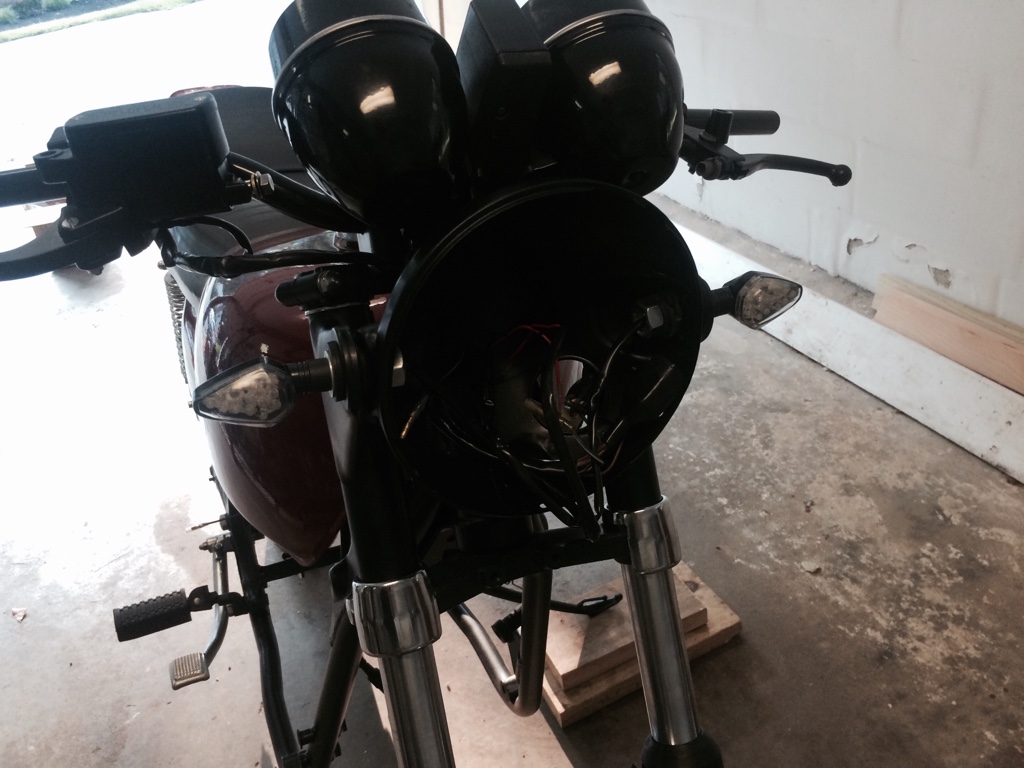 I found a rough design for a Fender Eliminator on a KZ650 forum.  I purchased an aftermarket LED taillight and began drafting up a template. 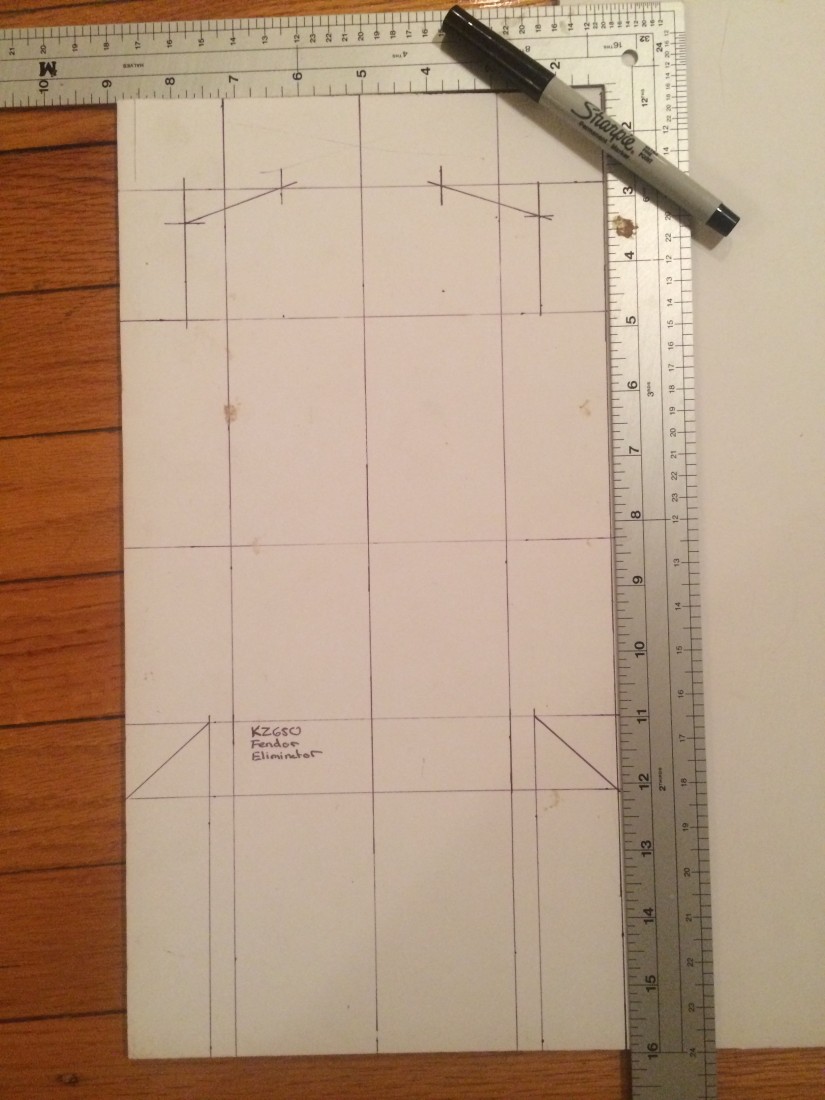 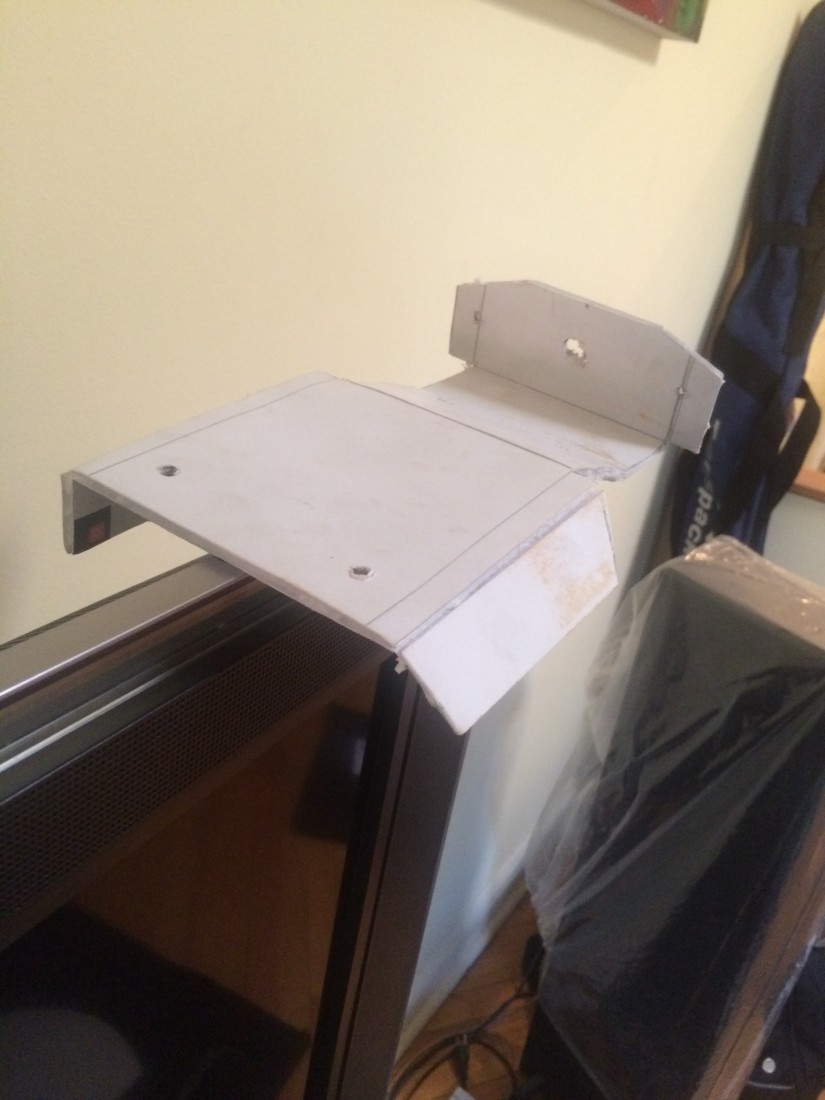 I then tried it on for size.  Once I get the fitment right I’ll then go ahead and fabricate the final version. 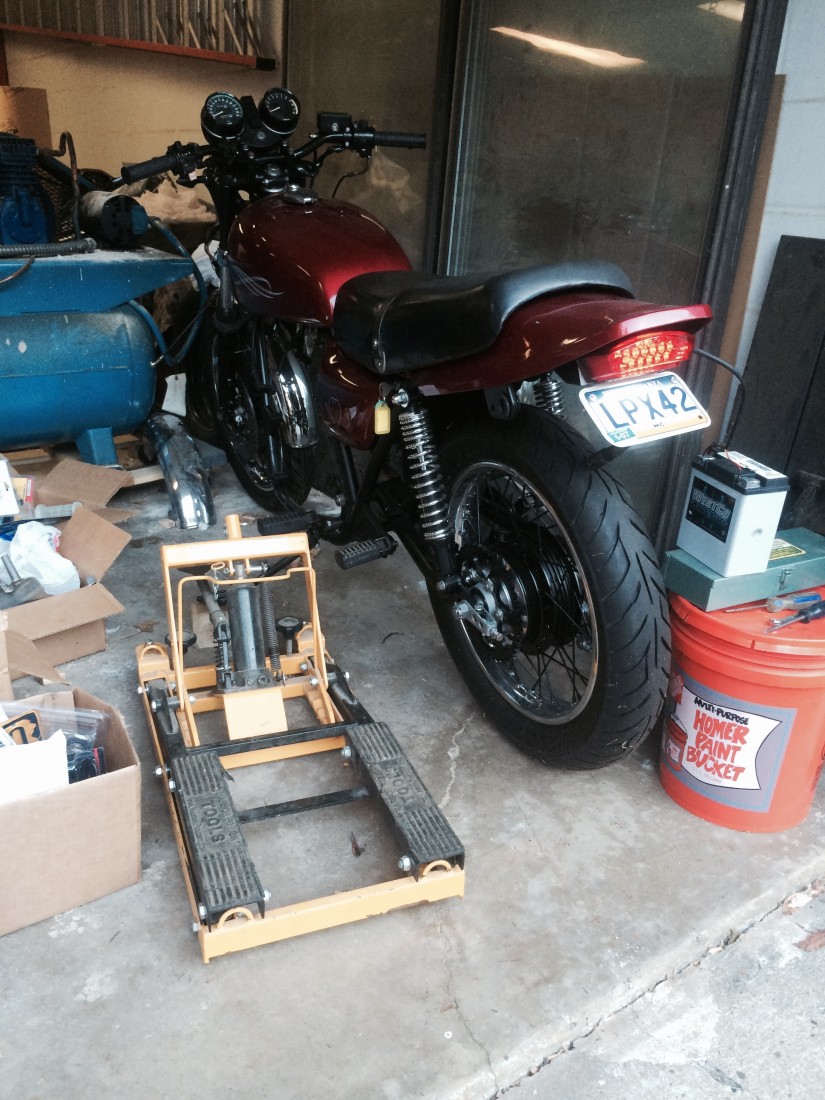 Currently this is all I have to share at this time.  I am in the midst of polishing my engine covers.  I hate polishing at times but love how it looks in the end.  Philadelphia’s own Bill Becker has agreed to assist me with my engine assembly and after that I should only require a fresh paint job.

Hope you enjoyed reading this.  Stay tuned for Part 2. 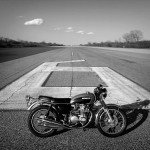 My 500 has been running pretty solid, but over the last few weeks I’ve been fine tuning it. I pulled the carbs last week and did a bench sync, which helped a lot. This morning I did a full tune up and then decided to take her out for a ride. I was on my […]