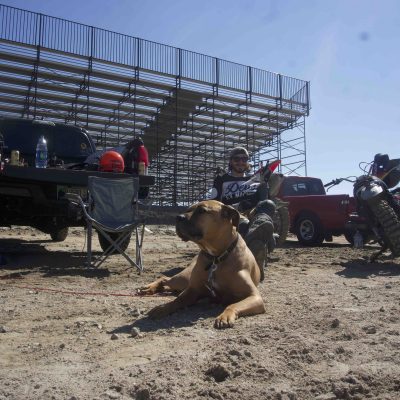 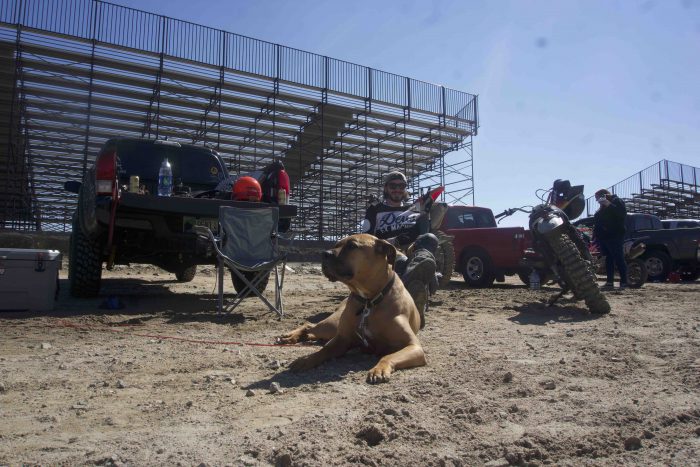 I have never raced in any kind of organized structure other than rubbing handlebars with my knucklehead friends in Philly. I am the definition of amateur, but none of that mattered on Sunday when a couple of relocated Philadelphia jabronis decided to show up at the Hell On Wheels TT at Glen Helen race track on Sunday.

For those who don’t know, Hell On Wheels was started out here in SoCal by a guy affectionately called Meatball as a way for anyone and everyone on a motorcycle to get out and have some fun in the dirt. No matter what your skill level or what you ride, there is a class you can sign up to race in. From Harleys to kids on PW50’s to Vintage MX bikes, and even two KTM factory flat track riders who were there for a few practice laps and a good time.

Luke, Sam and I showed up right after the gates opened at 8:30am and found ourselves amongst the first to land in the dirt lot behind the bleachers. We unloaded my 1974 XL350 and the CRF150R I bought my girlfriend, pitched some camp chairs and had a few breakfast beers as we waited for the riders meeting and practice laps to begin. 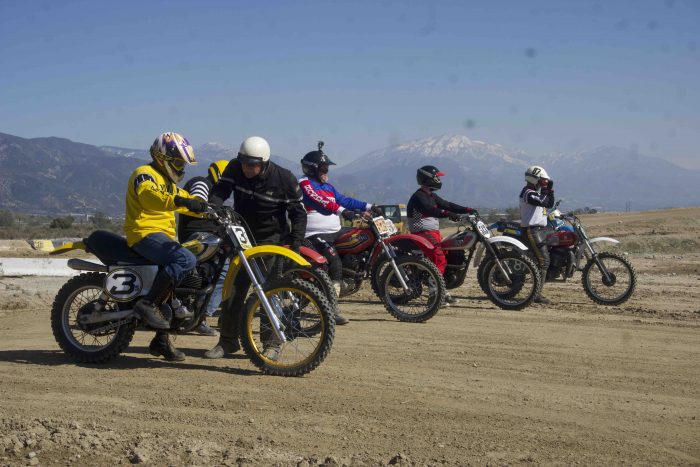 After we got the lowdown from Meatball and the guy waving the flags, we headed out for a few practice laps on Glen Helen’s Truck Track. The track itself was super wide, akin to a Flat Track TT track, which made navigating the course for a first timer pretty easy and hitting the big tabletop in front of the grandstands less intimidating.

A few more beers and a couple tweaks to air pressure and my shift lever we were ready to line up. I raced my CRF150R in the Mini Class and Luke ran my XL350 in the Vintage Class. With the Minis up first, we lined up on the first hill for the start. With my palms sweaty, knees weak and arms heavy, might have been some vomit on my jersey already, mom’s spaghetti, we revved our minis with the anticipation of the flag drop. 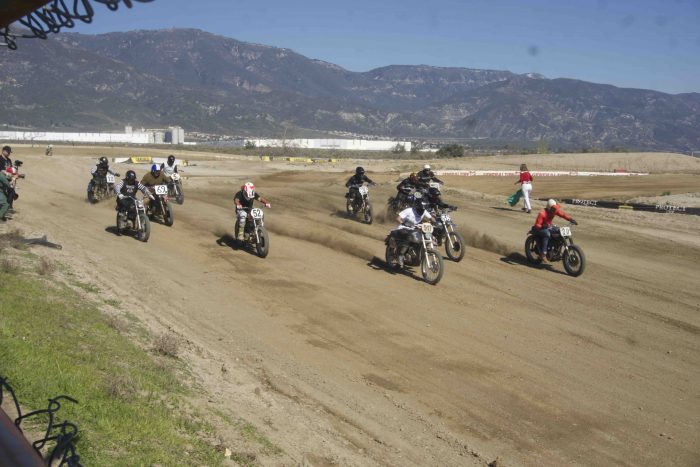 My first moto was all a blur. Ripping that 150 as fast as I could around the course, sliding into corners and keeping pace with the top 3 riders. Navigating the course strewn with ruts and rocks with tiny tires on a bike that is WAYYYY faster than it should be was A LOT tougher than I had imagined. My arms were jello after the 5 laps of trying to keep that little 150 upright and I was ready for another cold Coors when I sailed over the tabletop for the last time on lap 5. 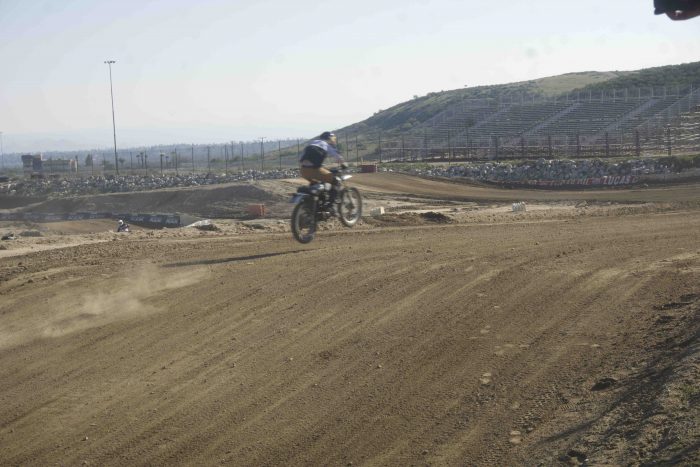 The second moto went completely wrong. With a burning desire to win a meaningless trophy already clouding my focus, I was hot on the heels of the 2nd place rider when I came into turn 2 on the second lap too hot and slid out. I got the bike up and started again and promptly slid out again trying to make up time a few turns later. With my dreams of a podium dashed and my riding gear a tad dirtier than when I started, I finished the moto and headed back to the pits with a grin on my face that stretched from one crusty side of my face to the other. What a fucking blast! 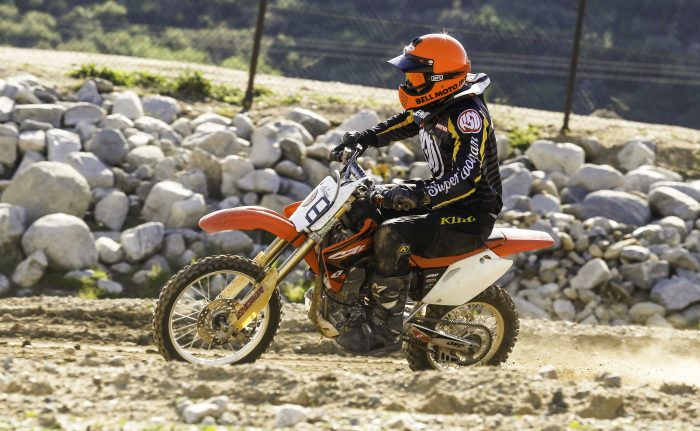 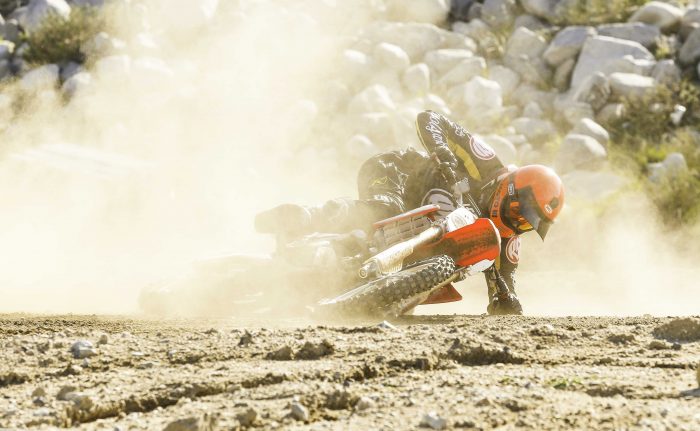 For those of you who might be on the west coast I highly recommend attending one of these events. There’s no judgment here and everyone is always helping each other out, cheering on their friends and exchanging high fives. What more could you ask for on some random Sunday in February? I already cannot wait until the next one.

More info on Hell On Wheels events can be found HERE 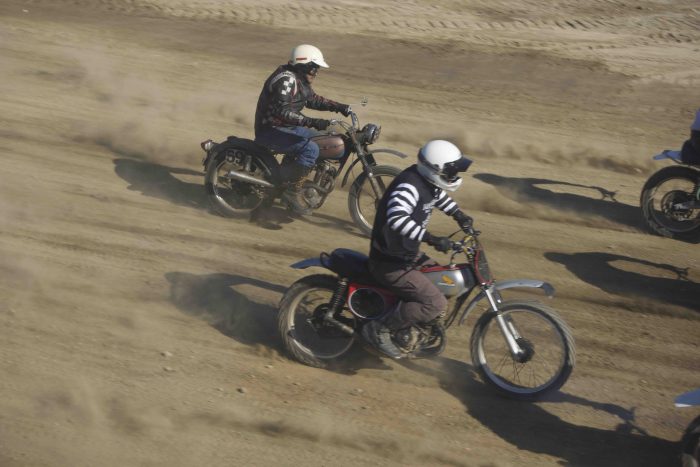 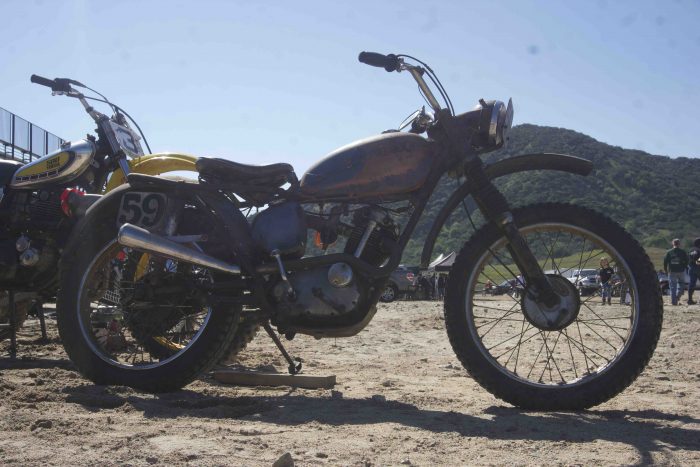 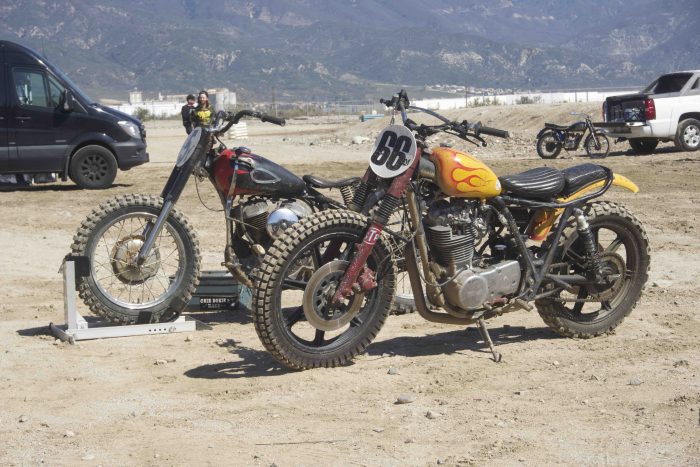 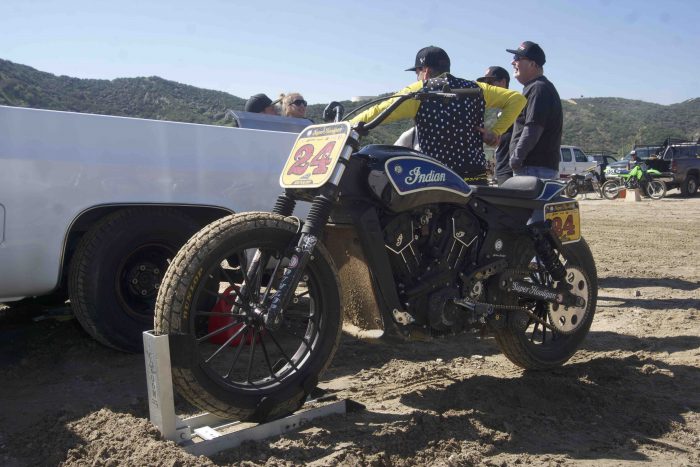 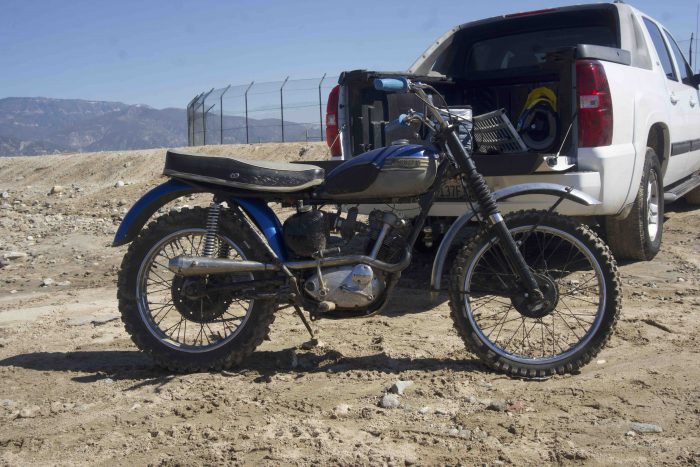 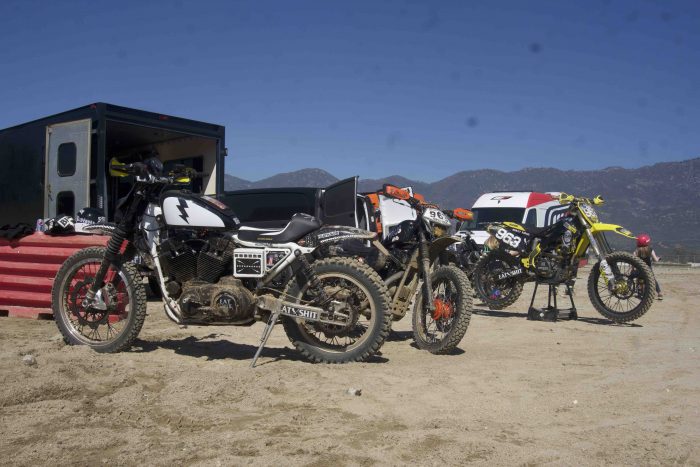 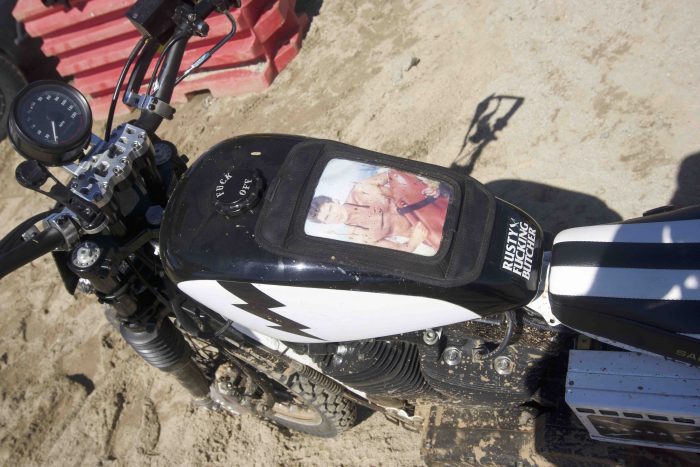 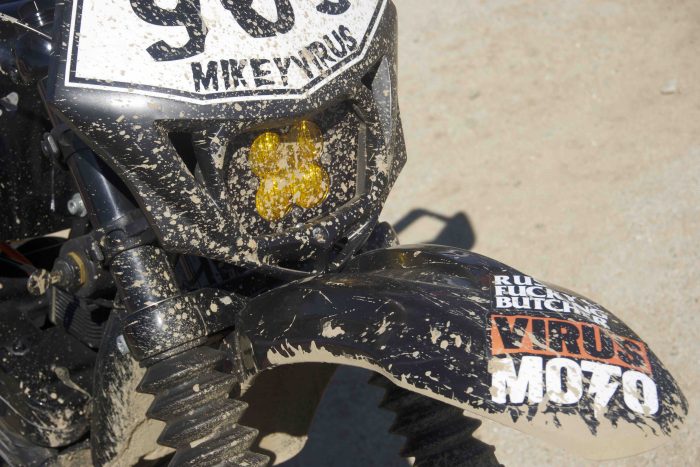 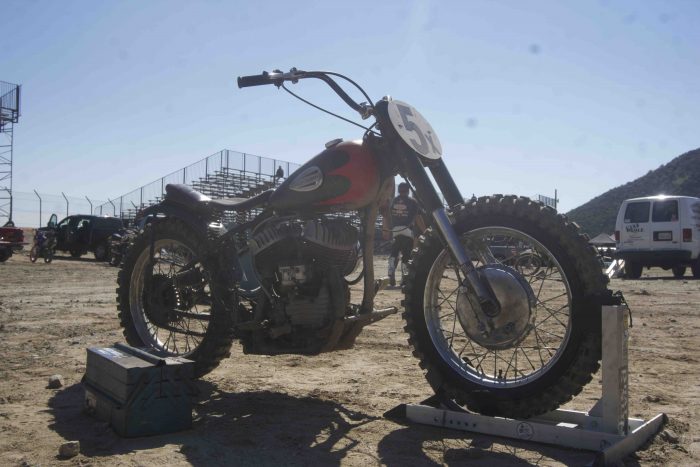 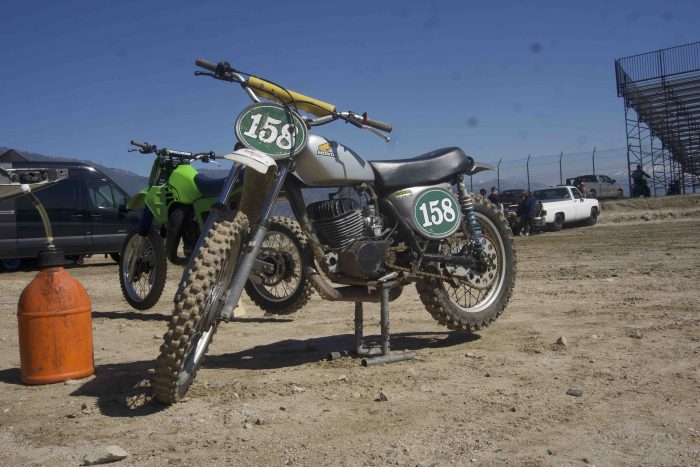 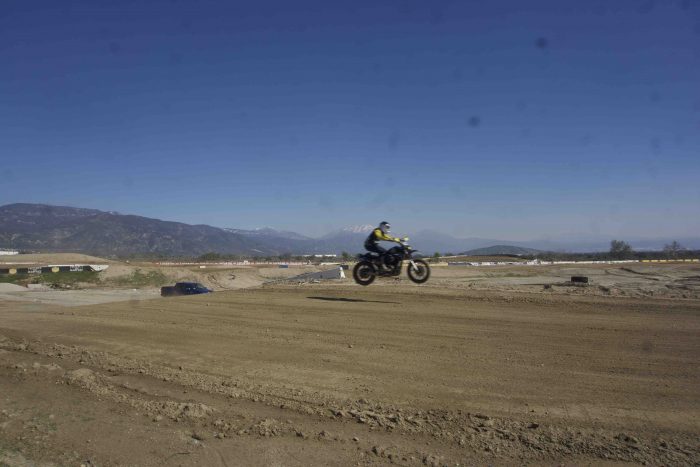 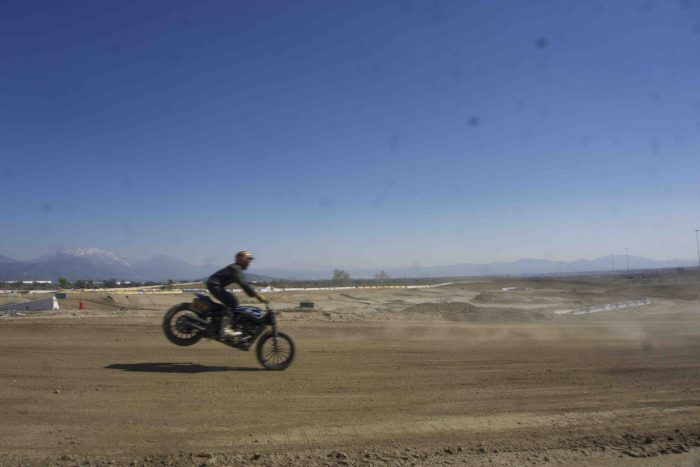 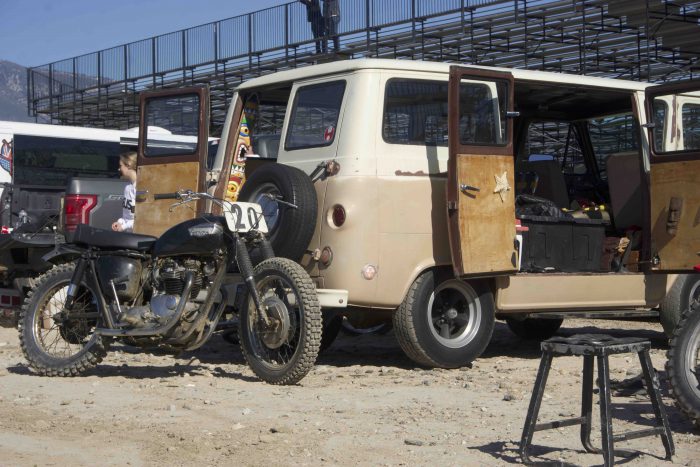 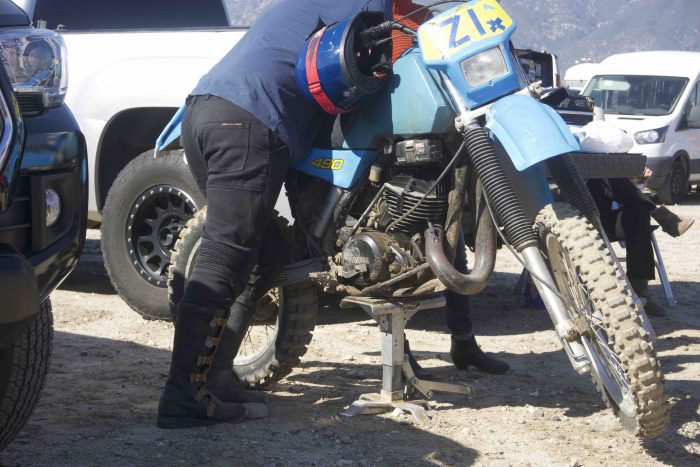 5 responses to “Hell On Wheels” 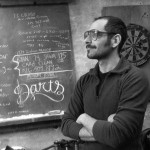 shootin the shit in the shop