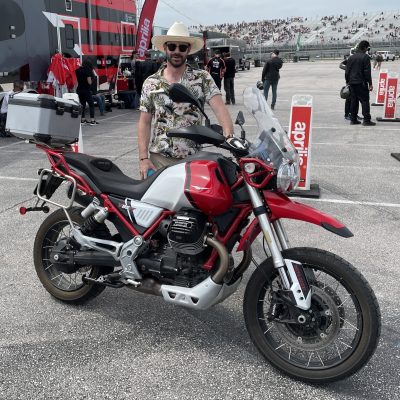 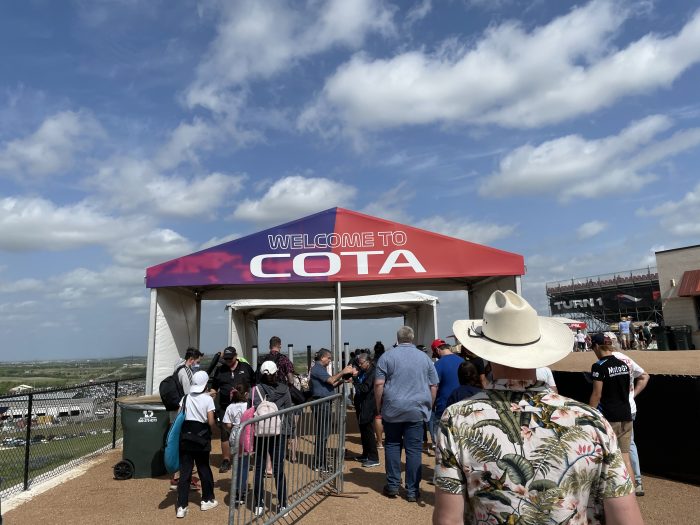 The day after the Handbuilt show, Quinn showed me a great time. There was swimming in Barton Springs, shooting skeet, and an amazing dinner at Lamberts (thanks again Richie). The whole squad but me went out for more drinking after dinner. I decided to hang back with the dogs and get rest for the races the following day.

I woke Sunday feeling great. Can’t say the same for my hosts & other company but it wasn’t something coffee and breakfast tacos couldn’t help fix. We headed out to the Circuit of the Americas track south east of the city. It was a perfect day for watching a race albeit somewhat gusty. Sunny but not too hot. Quinn knew right where to go which was the field right by turn one. We posted up here just in time for the Moto2 race to start.

Full disclosure… these videos I am posting of each race are pretty bad but how do you even capture it with an iPhone?

The Moto2 race started off with a bunch of riders going down. Not near where we were but it was easy to keep up with the race thanks to the large screen in front of where we where seated. I was doing my best to take it all in and there was a lot to take in. I am not nor have I ever been big into racing but I am big into doing new things. The only bike races I have seen were the brief moments I caught at Mid Ohio. A few laps in and I was getting into it but soon enough the race was over. Quinn had checked the schedule and to our surprise MotoGP was up next. Moto3 would be closing the show. We stayed right where we were.

It wasn’t too long until the big bikes came out for a warm up lap. The crowd was a buzz in anticipation. A national anthem and a fighter jet flyover later the race was off. What a sound when the bikes come ripping by where you sit!  I really enjoyed watching the bikes hit upwards of 200mph then braking hard to make the first turn. I gotta say its insanely exhilarating to be there.  The bikes, the energy of the crowd, the helicopters flying by to shoot the race, all of it was wild. Twenty laps goes by faster than I would have liked. While I don’t see myself becoming obsessed with MotoGP, I can say I discovered a new appreciation by being there in person.

I am going to forgo trying to describe the ‘thrill of the race’ or getting any more literal than I already have. If you want that go read some Hunter Thompson. Otherwise just trust me and go next year. Fuck it, life is short.

After the MotoGP race we got up to explore all the other offerings. There was a ton of shit to see and do. All the big manufacturers that had bikes in the race had big setups with all their newest models to sit on or demo ride. Unfortunately, I dropped the ball and did not get to demo ride anything. The big retailers also had tents setup hocking their wares. On top of all that there was a whole carnival setup too. Rides and food galore. Pretty much a full days worth of fun shit to do.

We picked up some swag then walked to the fan zone where all the fun shit I described above was. While there, the Moto3 races started. I did not catch much of it as I was trying to find the Yamaha tent to sit on a T7 but I did get this clip:

Finally we got all the way to other side of the track where the manufacturers where. Honda had a little course setup for people to try out the new Navi & Monkey. The line was too long but I did come away wanting the new Trail125. That shit is PERFECT for where I live now as an around town & dirt road bike. We popped around to all the tents. Lots of great new bikes to check out. 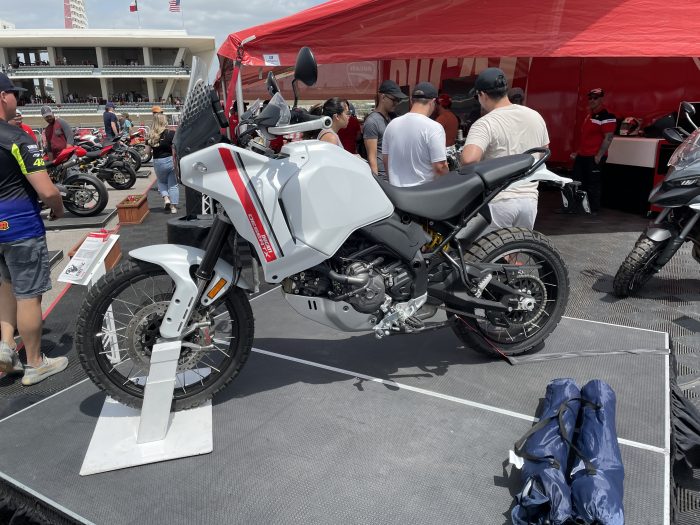 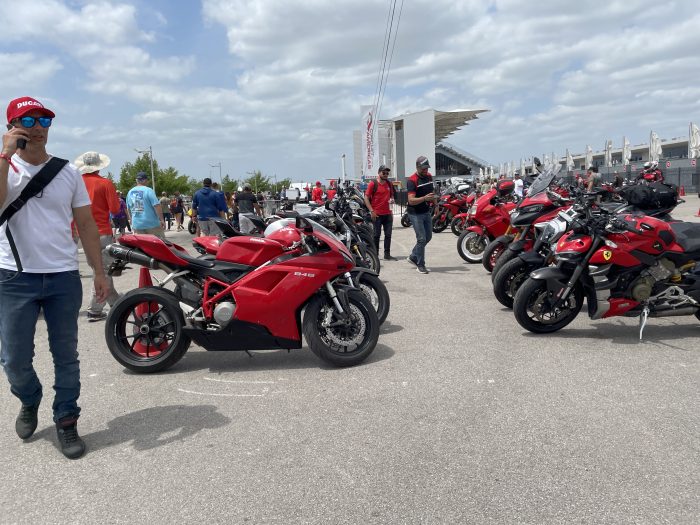 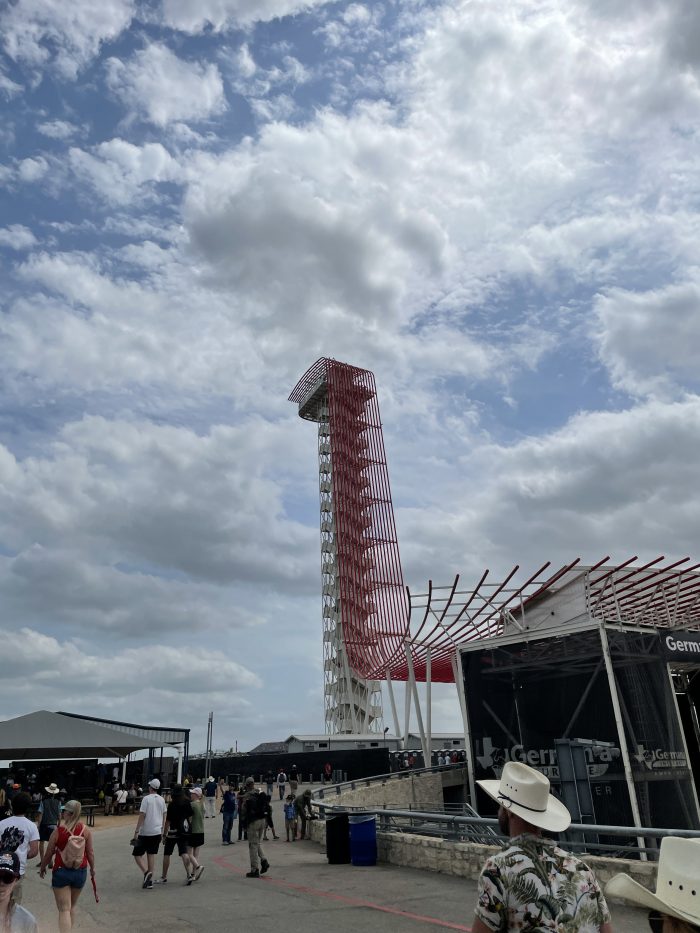 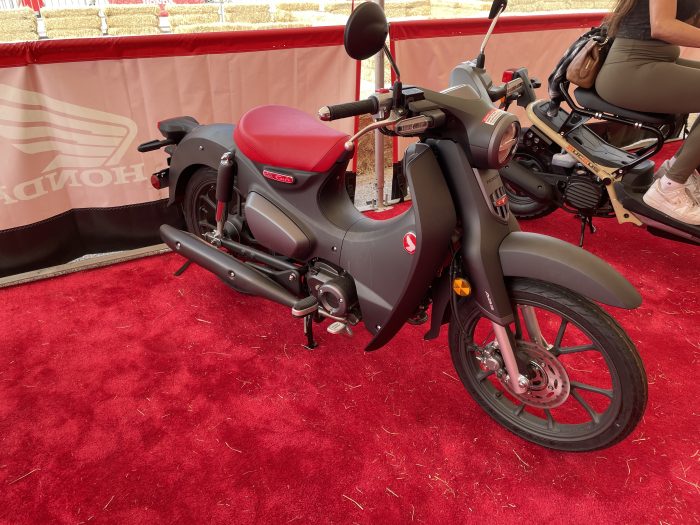 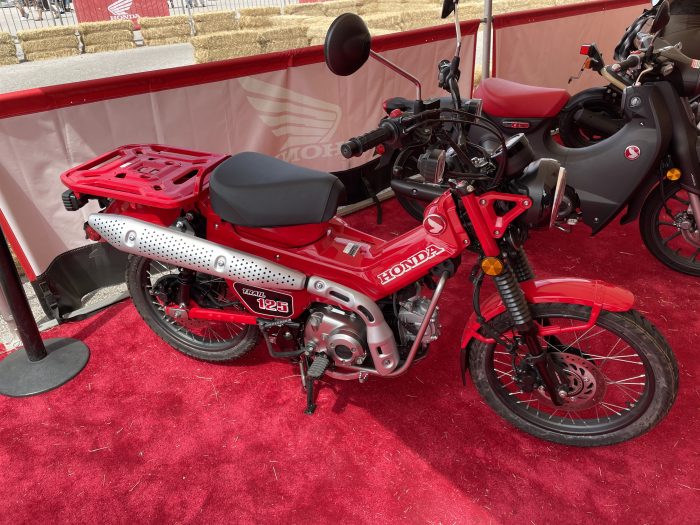 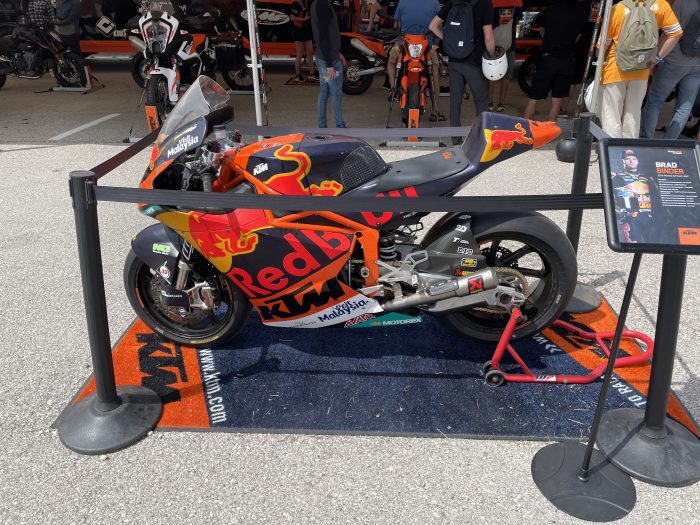 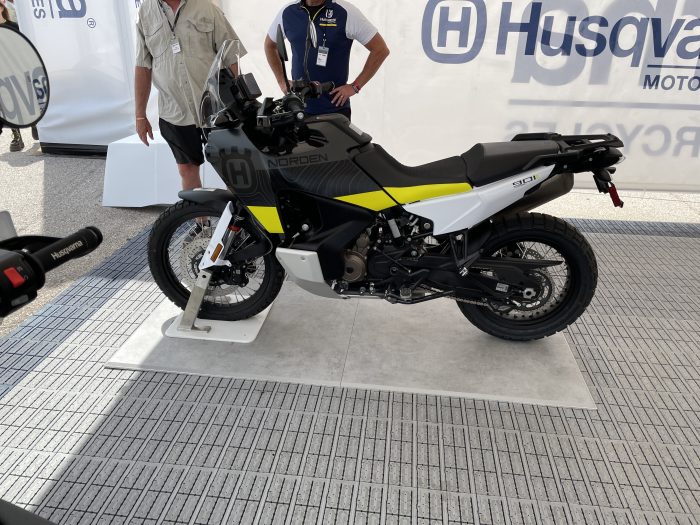 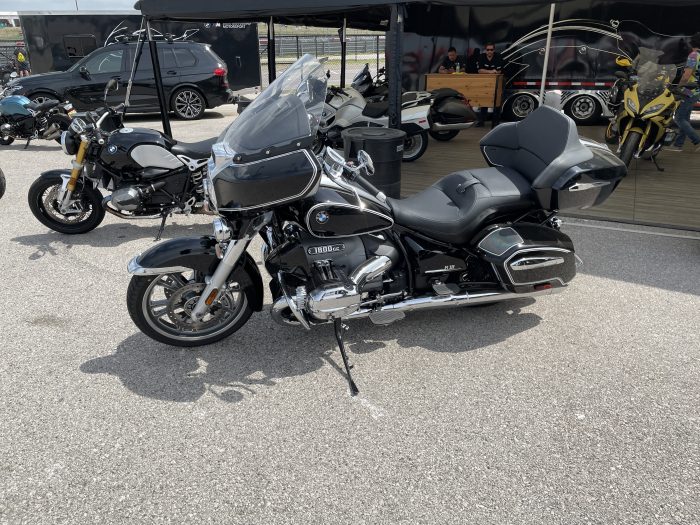 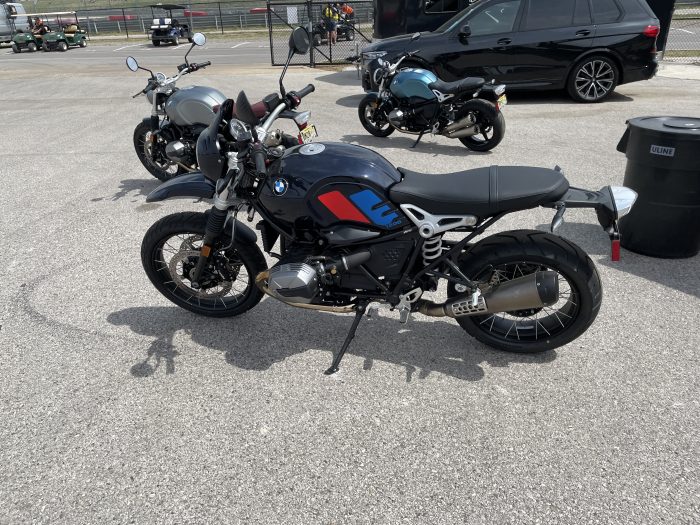 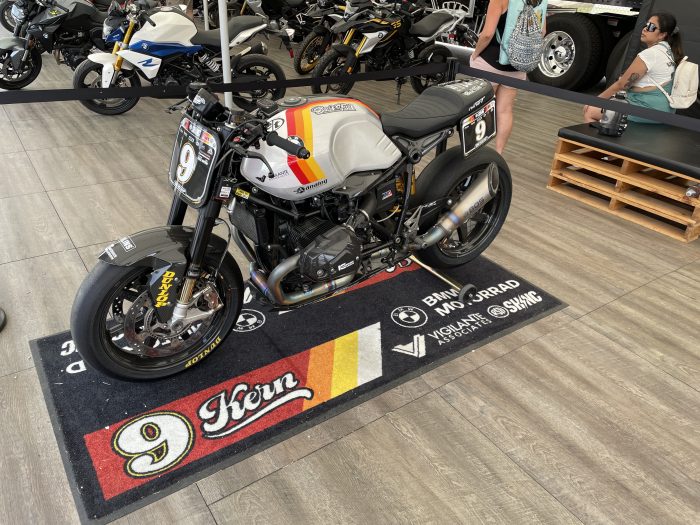 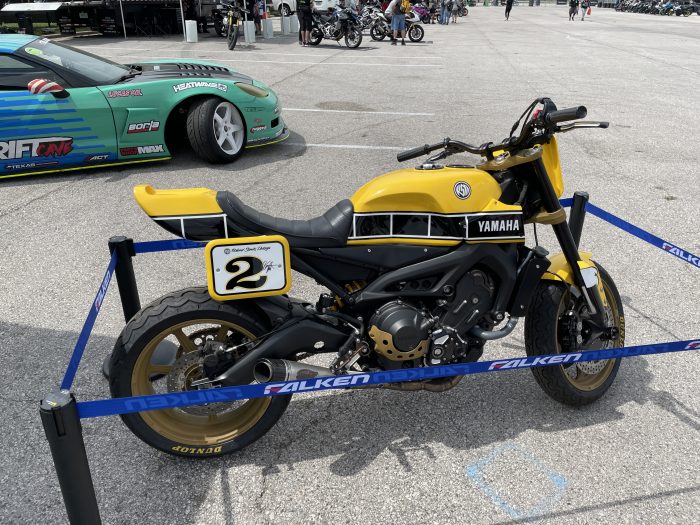 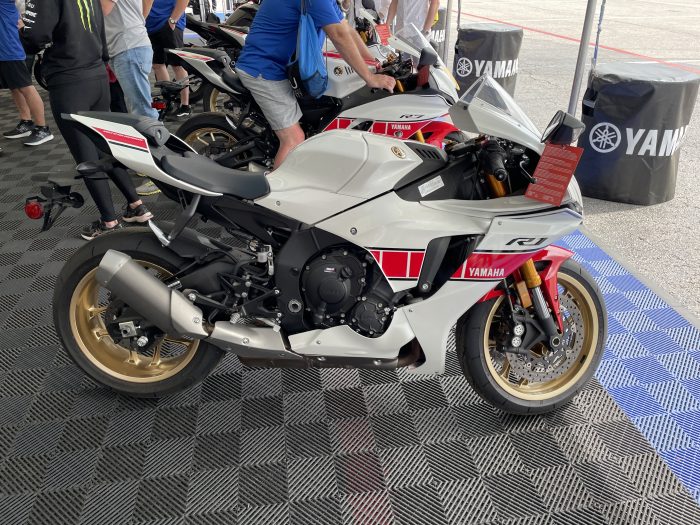 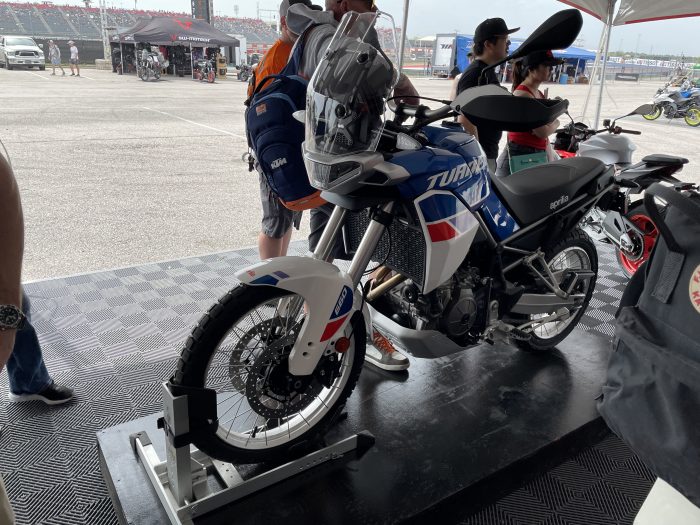 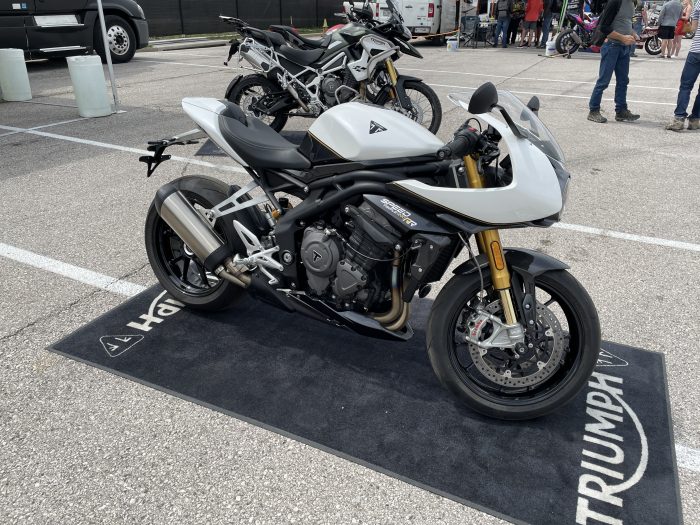 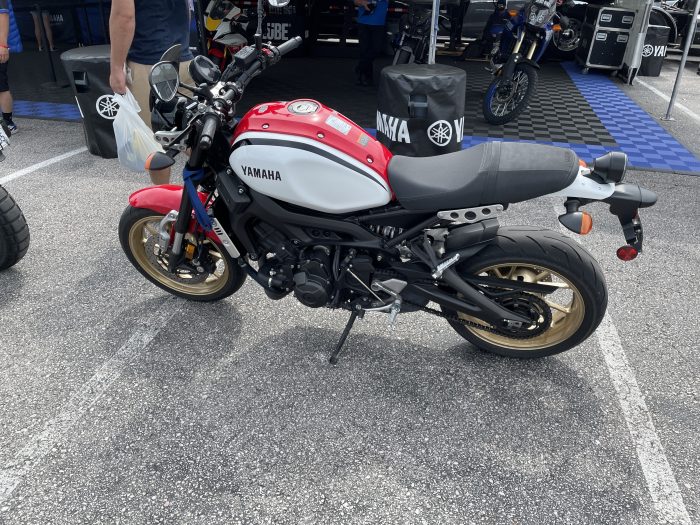 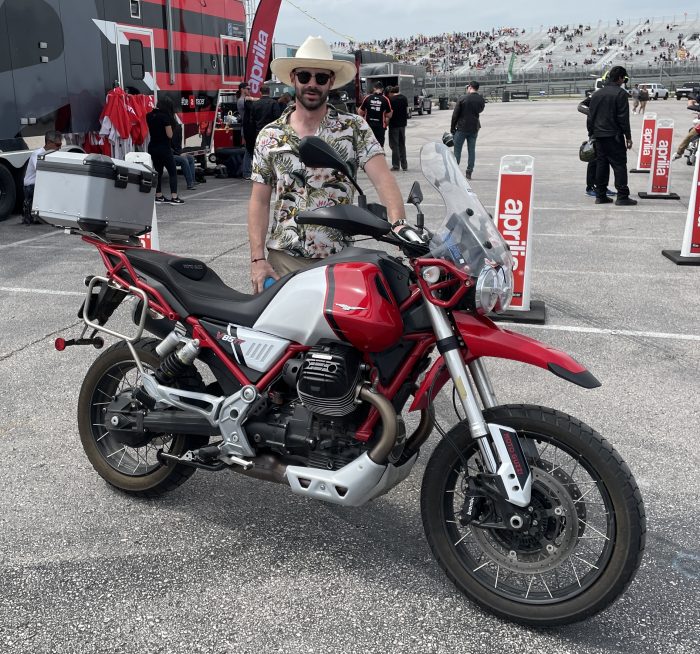 After checking out all of what was to offer we were beat and ready to cool off in Quinns trucks AC. As we walked back to the truck I kept thinking of how much I want to come back and do this next year with the COTT guys. That and how much I want a T7 & Trail125. 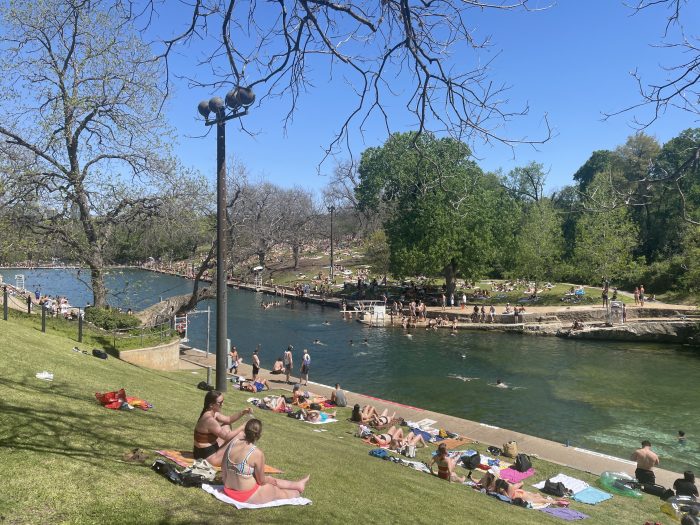 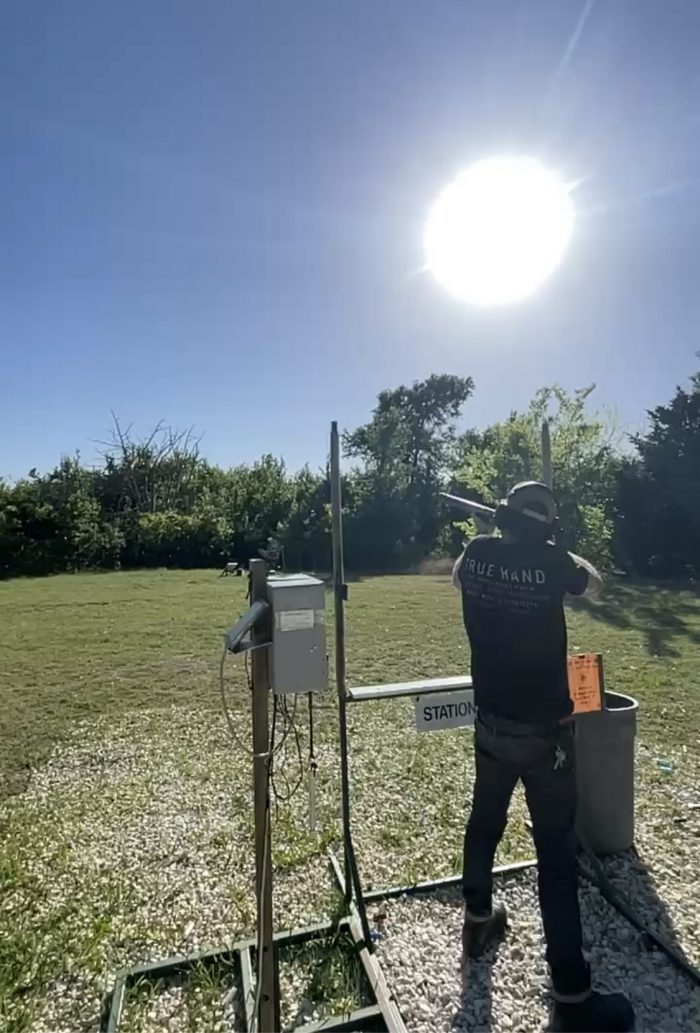 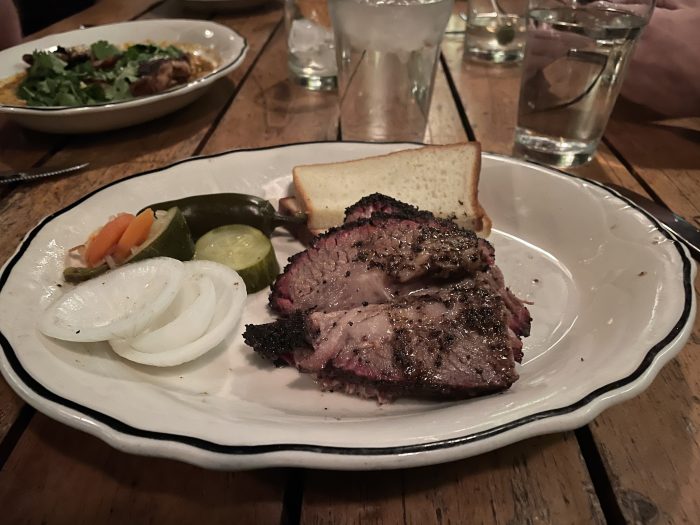 That brisket is fire. Go to Lamberts if you want some fancy af bbq. 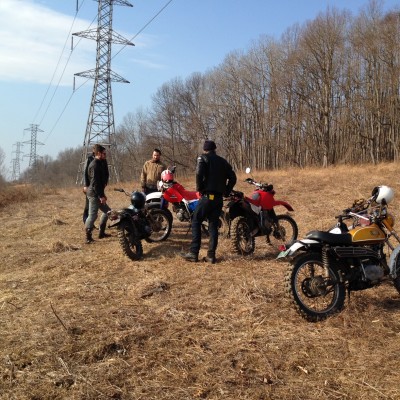 Looks like winter is slowly coming to an end. Finally got a chance to rip around on dirt bikes both days over the weekend. Saturday – River Road trails Basically it’s an oval track. Tons of fun. Was really good until brian slid out in front of adam, and then adam ran over brian and […]