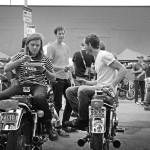 Ricky and I were in the now lift-equipped shop all day Saturday tweaking the bikes for the Brooklyn ride. The main goal was to get the 350Four dialed in with different jets, requiring the carbs to be torn out a few times. I put some elbow grease into polishing my forks on the 500Four while the front was disassembled to install new fork boots. The bikes were looking clean from the Adidas show and we were geared to go that night. It started to rain around midnight — a prelude for things to come. 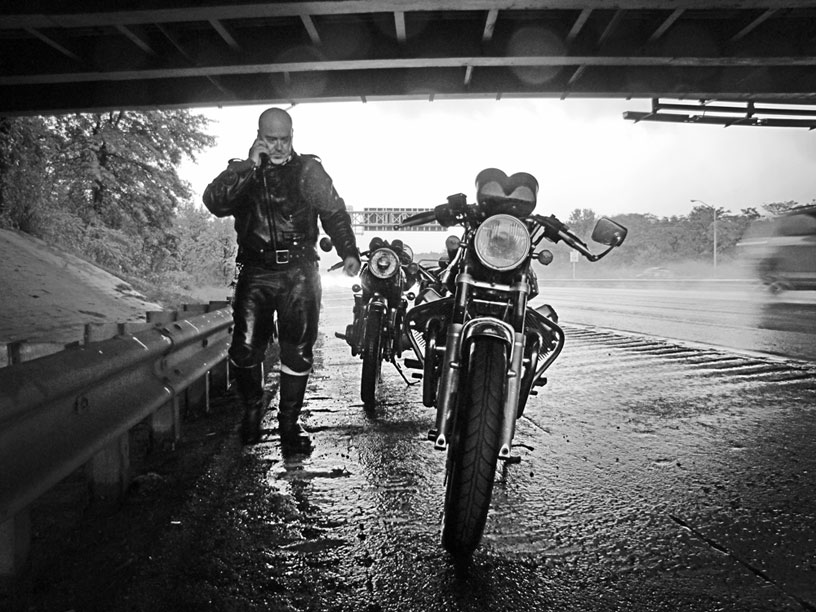 We found Scott atop the Guzzi at Lukoil, gassed up and started the section of 95 North when the rain came down…hard. Not long into the rain, my bike began to bog or so I thought. Unable to go over 60mph, I had my hand covering the small portion of exposed air filter to avert the rain from getting sucked into the engine. It wasn’t helping. I quickly realized after getting shocked from the engine, that I was misfiring and only running on 3 cylinders. Finding shelter under a bridge, I pulled the fuel tank to expose spark jumping out of my #2 spark boot. Ricky cut a rubber boot from his wire harness, wrapped my spark boot and we headed into New Jersey.

The rain continued to pummel us as we traveled through Staten Island and over the dreaded Verrazano Bridge. Walls of wind made stability harder to maintain as we ascended the bridge. Then came the pair of metal expansion joints that were 15 feet if not a mile long. Ricky watched from behind as my rear-end skid out sideways across the joints at 50mph. We held on for our lives. 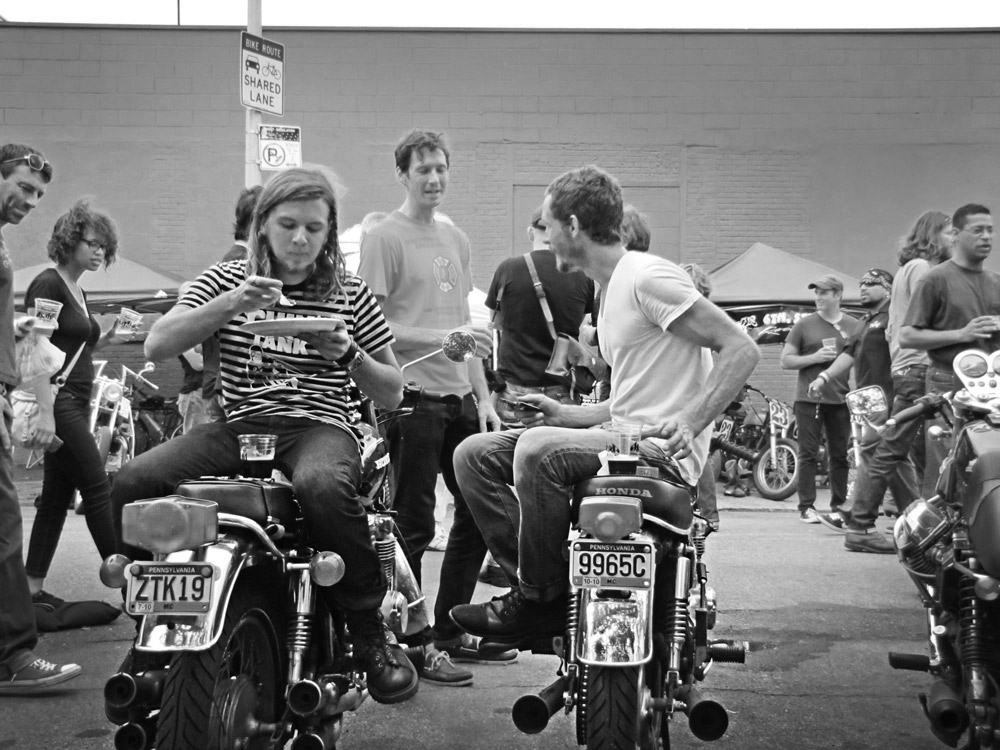 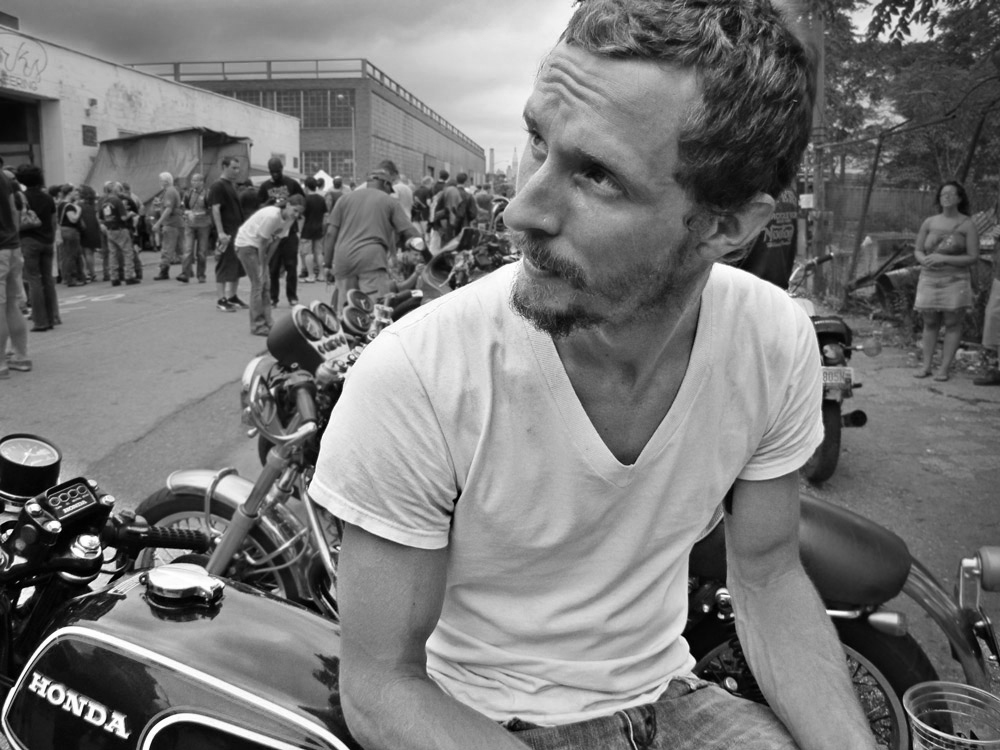 After fightin’ with the Brooklyn Expressway we arrived outside the Works Engineering motorcycle shop around 11am and were welcomed with free Japanese beer and a fat pig roast. The show was a blast besides the intermittent rain showers. Girls riding in 2-up, live bands, the NYC Japanese crew, a guy in sandals trying hopelessly to spin out his BSA in the downpour, diggin’ into pig-meat on the backs of the bikes, short-shorts and wet see-through tank tops. Tex from Rev’It was kind enough to throw our gear in his van and gave us the low down on his vintage Honda Racer. We also explored the Works Engineering shop which seemed like a never-ending cavern of motorcycles and parts. 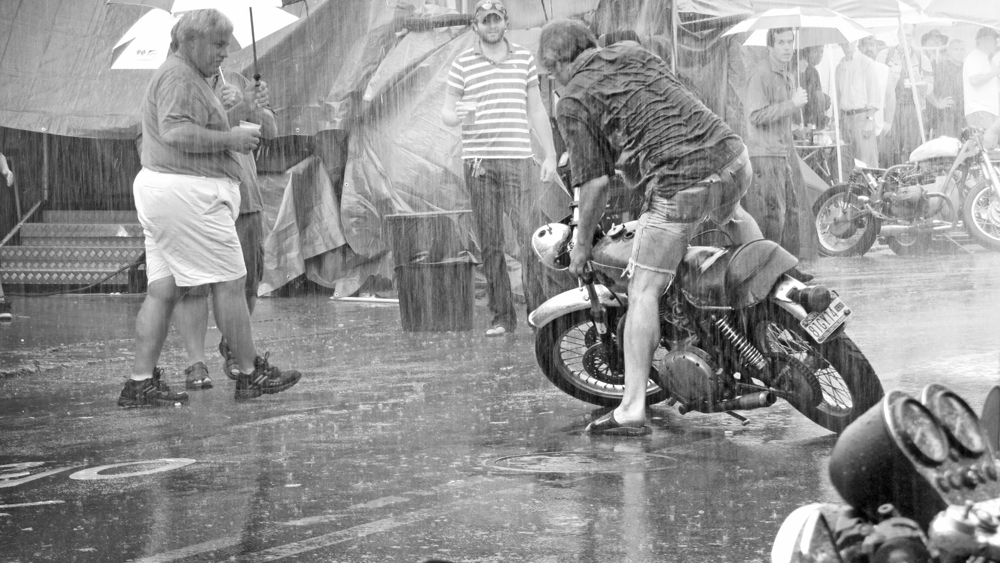 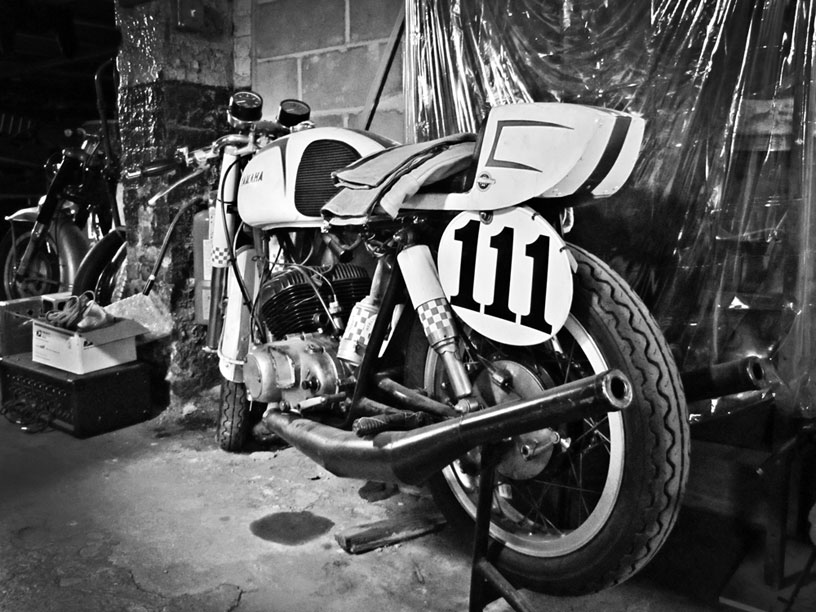 Ricky found freedom in an American flag bandanna hanging from a pipe — it now adds speed, tied to his rear fender. Scott talked with familiar faces and always gave us the down low on the rare bikes. I was enthralled with the girls in the wet t-shirts so much, that I forgot to point and shoot ’em. It was a lot to chew off in one day, but I left wanting more.

We packed up, waved bye and set out into another rainstorm giving us wet gear to ride home in (See our article on rain suits which I obviously didn’t read). As we crossed into PA, the rain died and for the first time on our trip we decided to rip it, balls-out on 95. 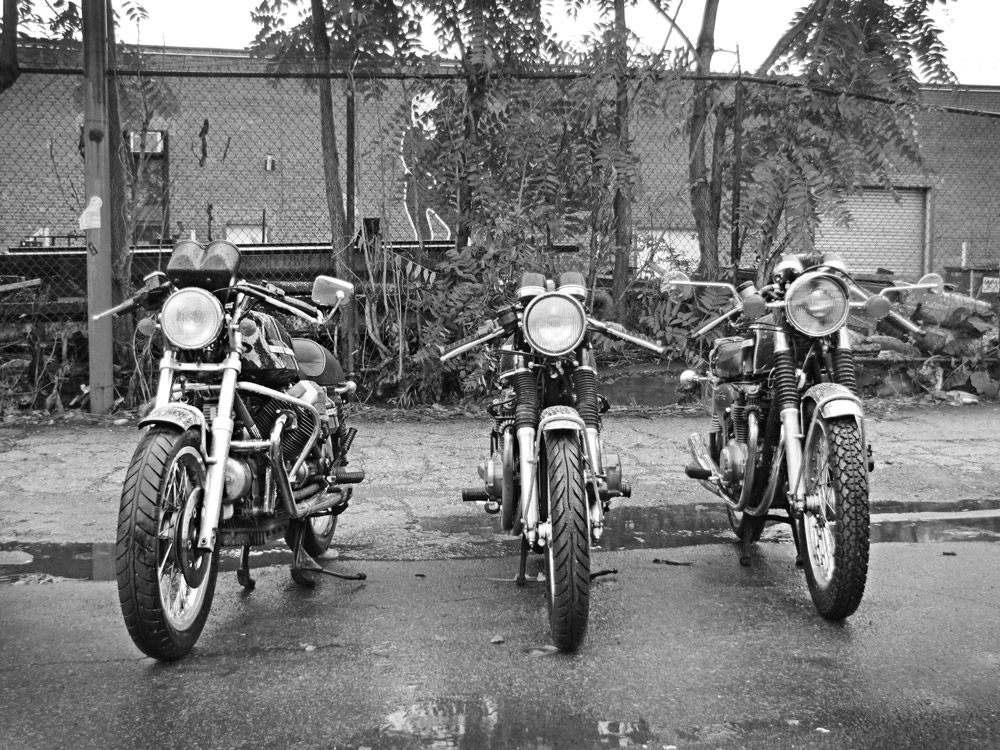 For those who rode up, thanks. 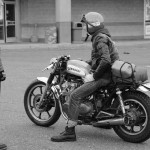