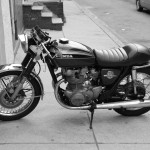 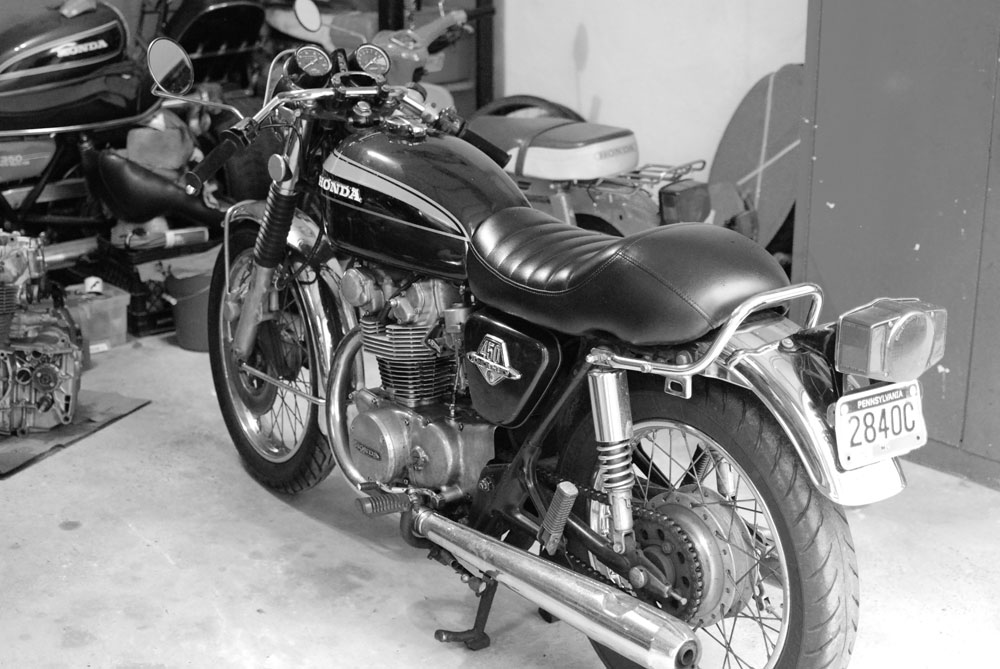 I’m all finished and it runs fucking awesome!

I had lost interest with this cycle, but now I’m psyched on it again.

I’m super pumped on how smooth this engine swap went.
Pretty sure there aren’t many cb450’s with 500t engine’s around, so I feel good about this.
I’m gonna go ahead and say it’s a little faster due to the 50cc more and the extra torque.

Biggest difference I notice is how much tighter the tranny is. Apparently this is one problem on the 450’s that they upgraded and fixed for the 500t. I notice the difference, no questions about it. 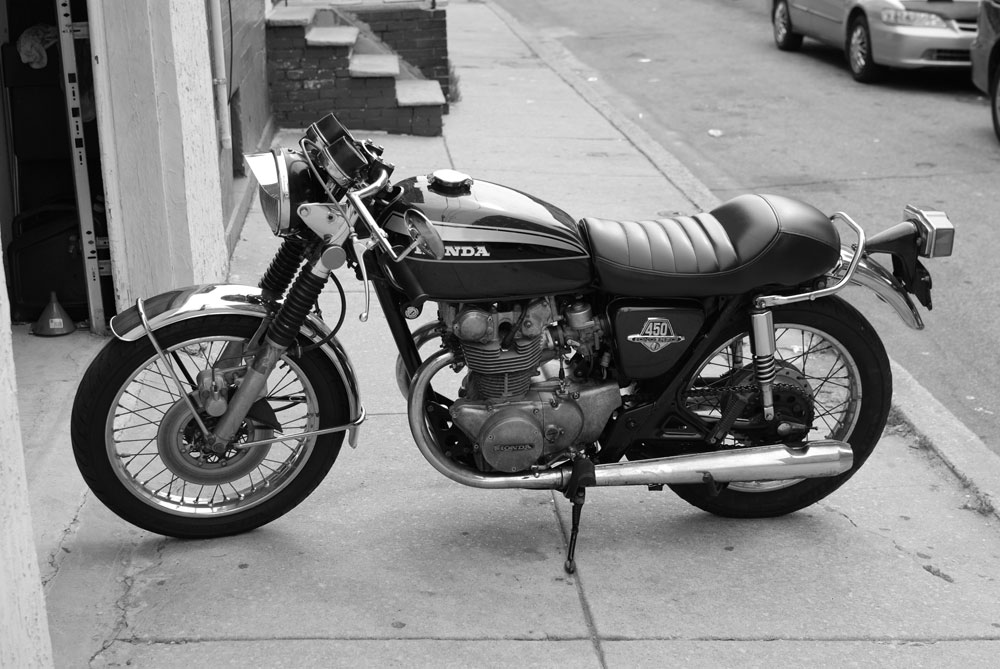 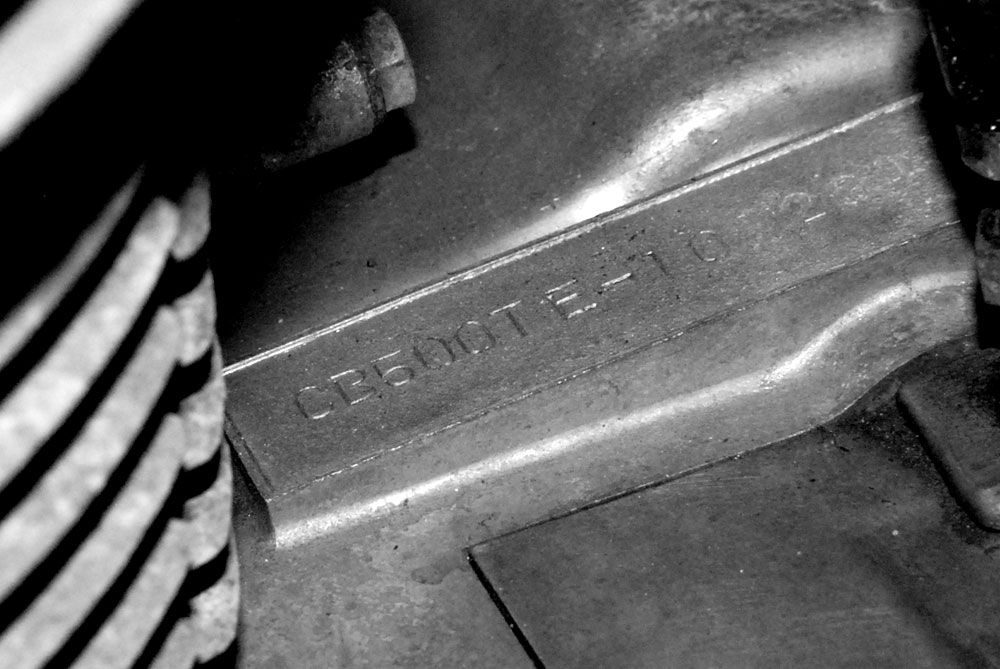 Cut the tail-light mounts off. Fuck that shit. 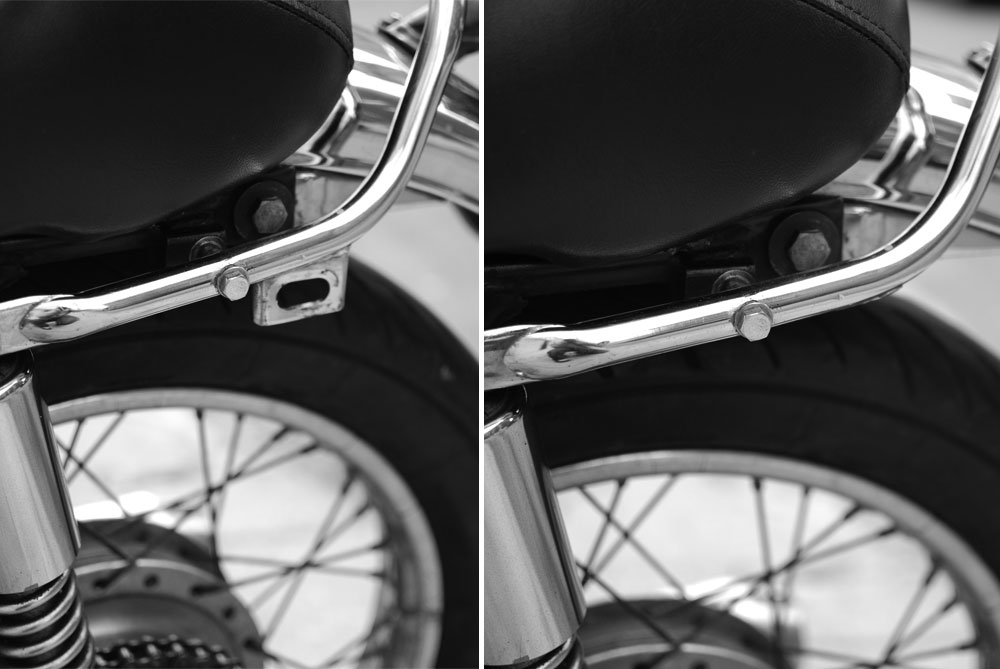 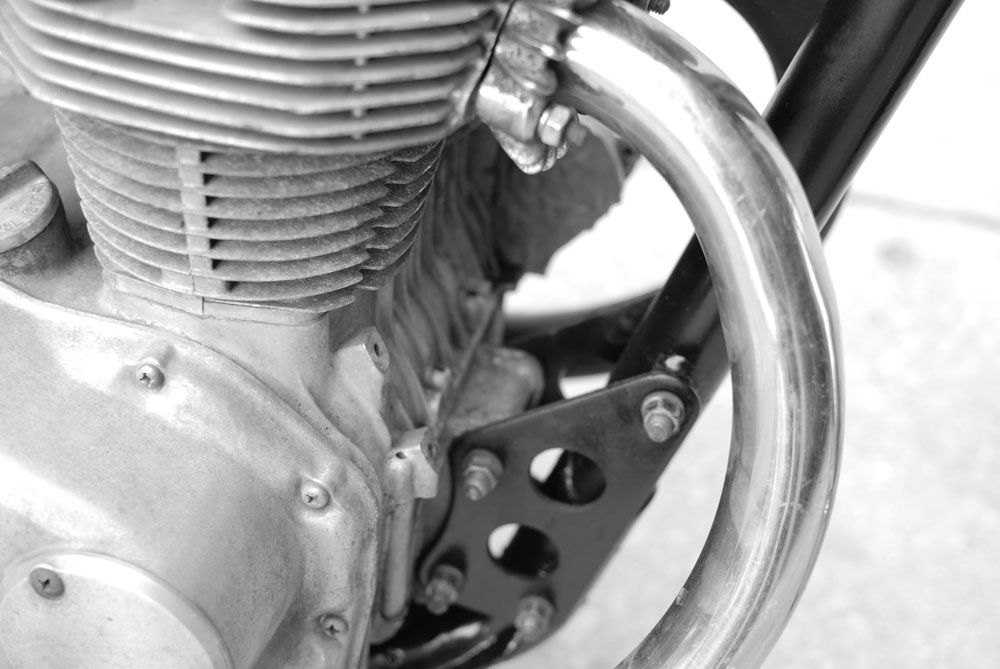 Upgraded to modern fuse.
As I said earlier… my wiring is super streamlined now.
I only have 1 switch. The bike is on or off. No other electrical shit at all. Minimal wiring is cool. Thanks to Adam for the help! 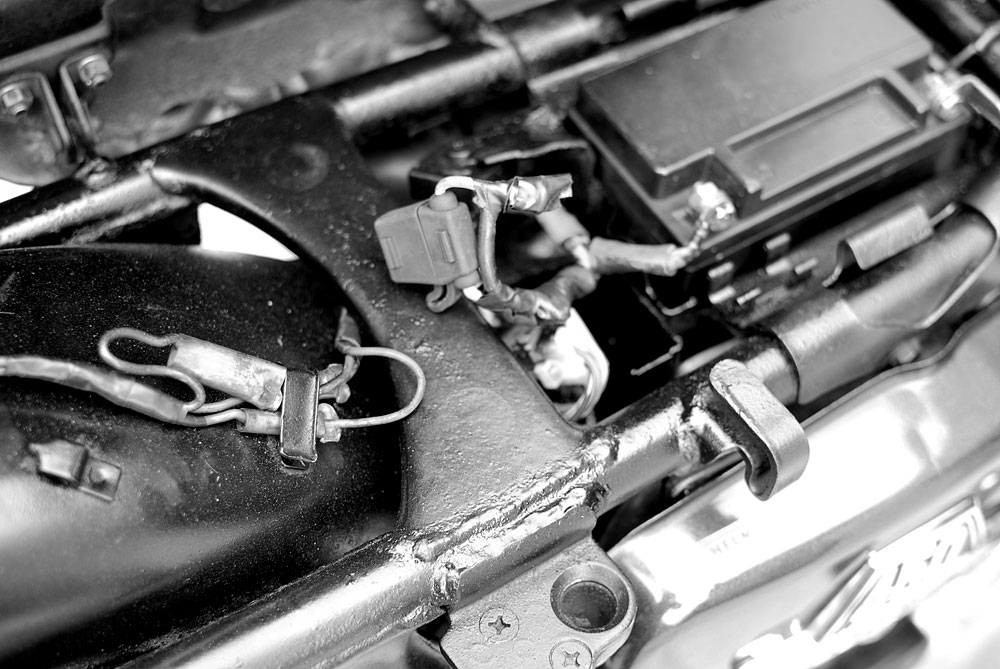 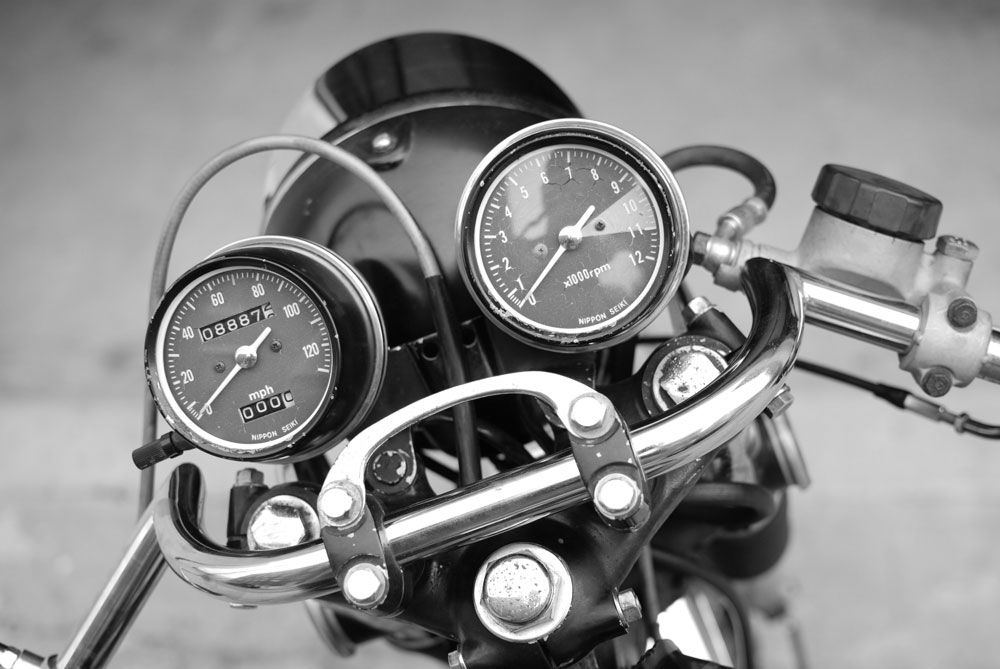 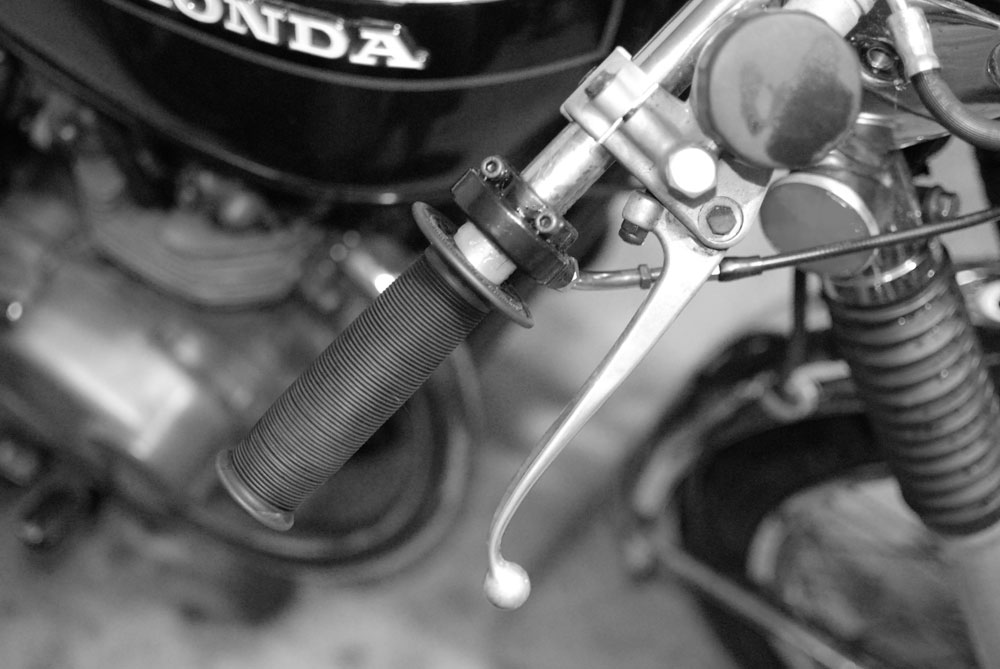 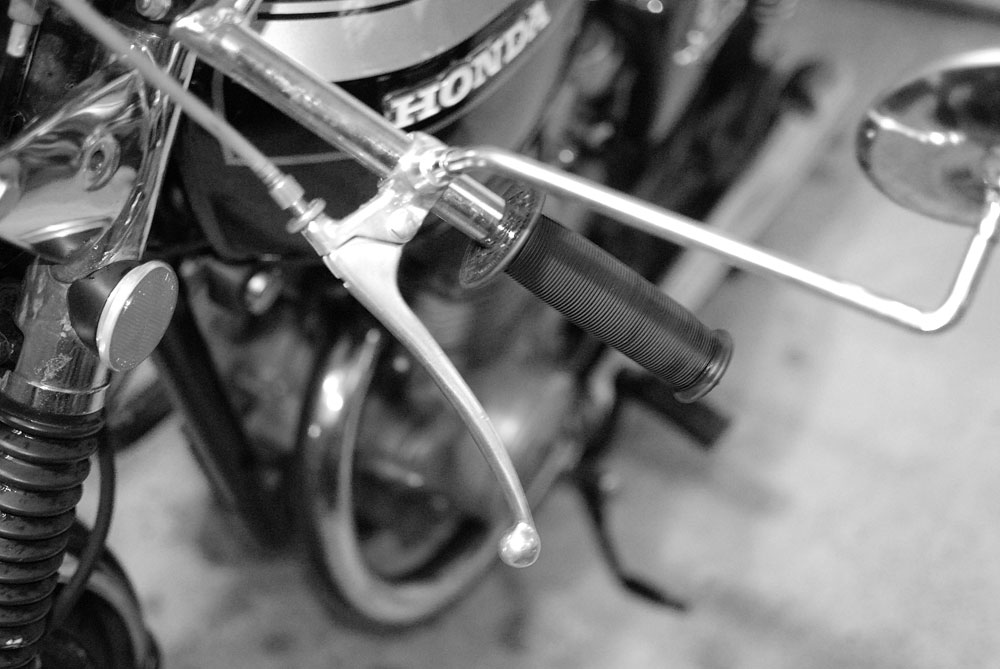 So, to re-cap. This is everything I did in a month timeframe:
– Took cb450 engine out
– Spot painted frame / mounts / rusty shit
– Streamlined wiring to a minimal style harness with only 1 switch. New style Fuse.
– Swapped over charging stuff from 450 engine.
– Put 500t engine in without scratching the fresh paint… kinda
– Did cam chain / timing on engine
– New lever / throttle up front
– Took out dummy lights / horn / turn signal stuff / safety shit
– Went through carbs again / oil change / new plugs and shit

Adam and I are calling this look “OEM Plus” because the bike still looks stock condition, but basically it’s the way it should’ve come from Honda with the streamlined wiring and shit. 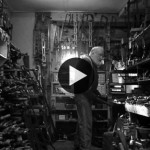 I just wanted to share this new video I directed about an awesome tool shop in Maine. While it has nothing to do with motorcycle, I think anyone that does work on their bikes will appreciate how awesome this place is. I really wish I needed more tools, you could have bought a whole “road […]