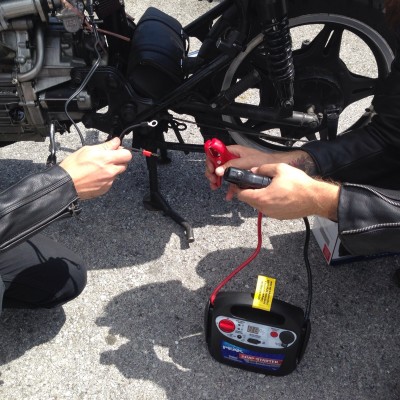 It was a bummer to leave raystown lake since we had so much fun there, but it was time to move on. Just for reference… I could’ve easily spent 5 days there exploring.

Anyway, we headed out and Nates bike shit out. It started not properly charging. He doesn’t have a kick starter. Brian ran down to the auto store and picked up a battery jump starter. This got us on the road.

Nates bike continued to have weird charging issues. It would also cut out sometimes but we eventually made it to duncannon. The roads there were incredible. Over 3 mountain passes. See map below: 994 / 522 / 641 / 75 / 274.

Mick, Tom and Scott met us in duncannon. We did some bar hopping. Boozed it up a bit. Good times!

Next morning Nate took us on a little scenic ride through the area which is his hometown.

As we headed back to Philly Nates bike continued to crap out periodically but we all made it back eventually.

Big shout out to Nate for putting the trip together. Nothing beats getting out of the city to explore on old bikes. 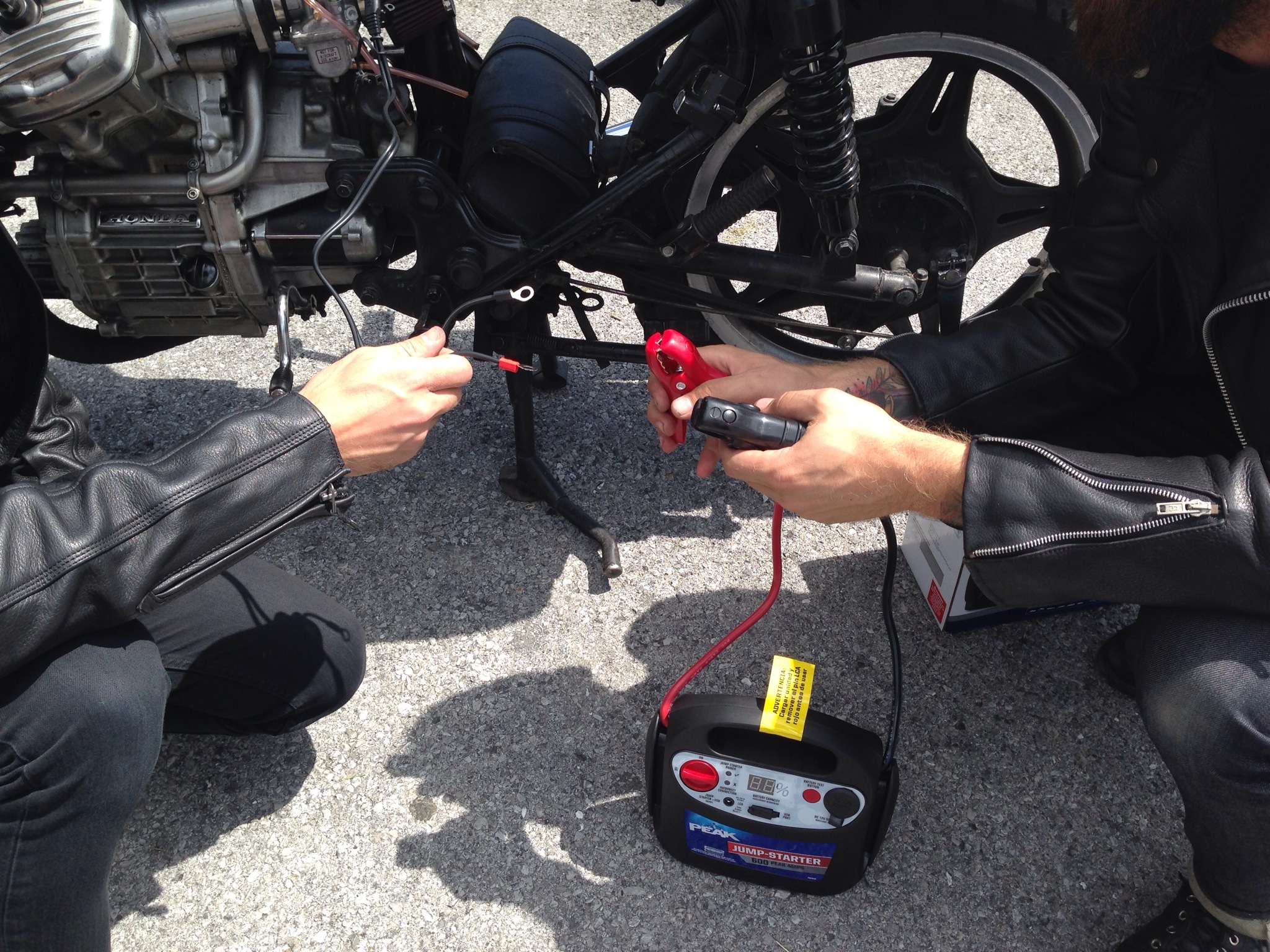 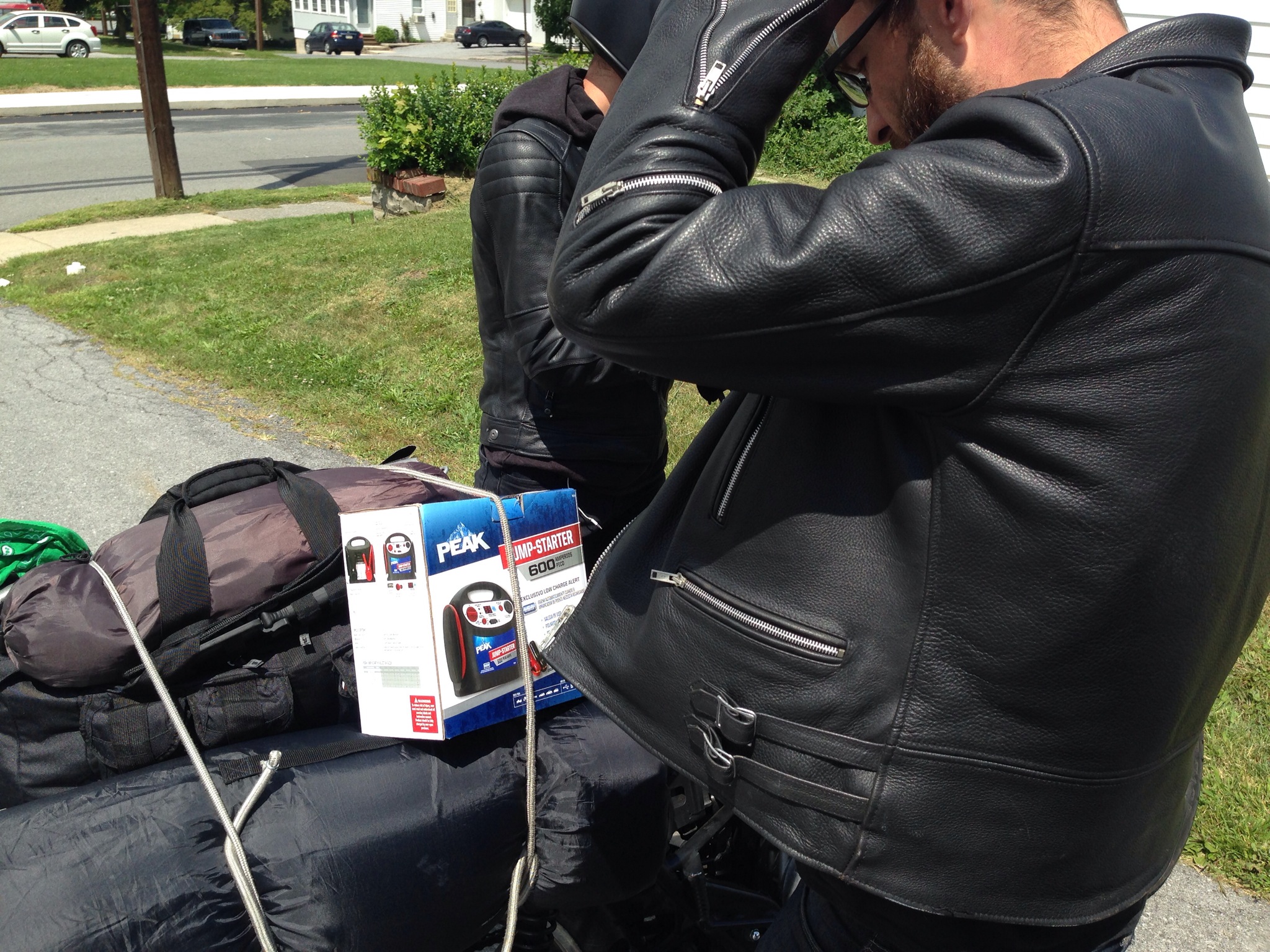 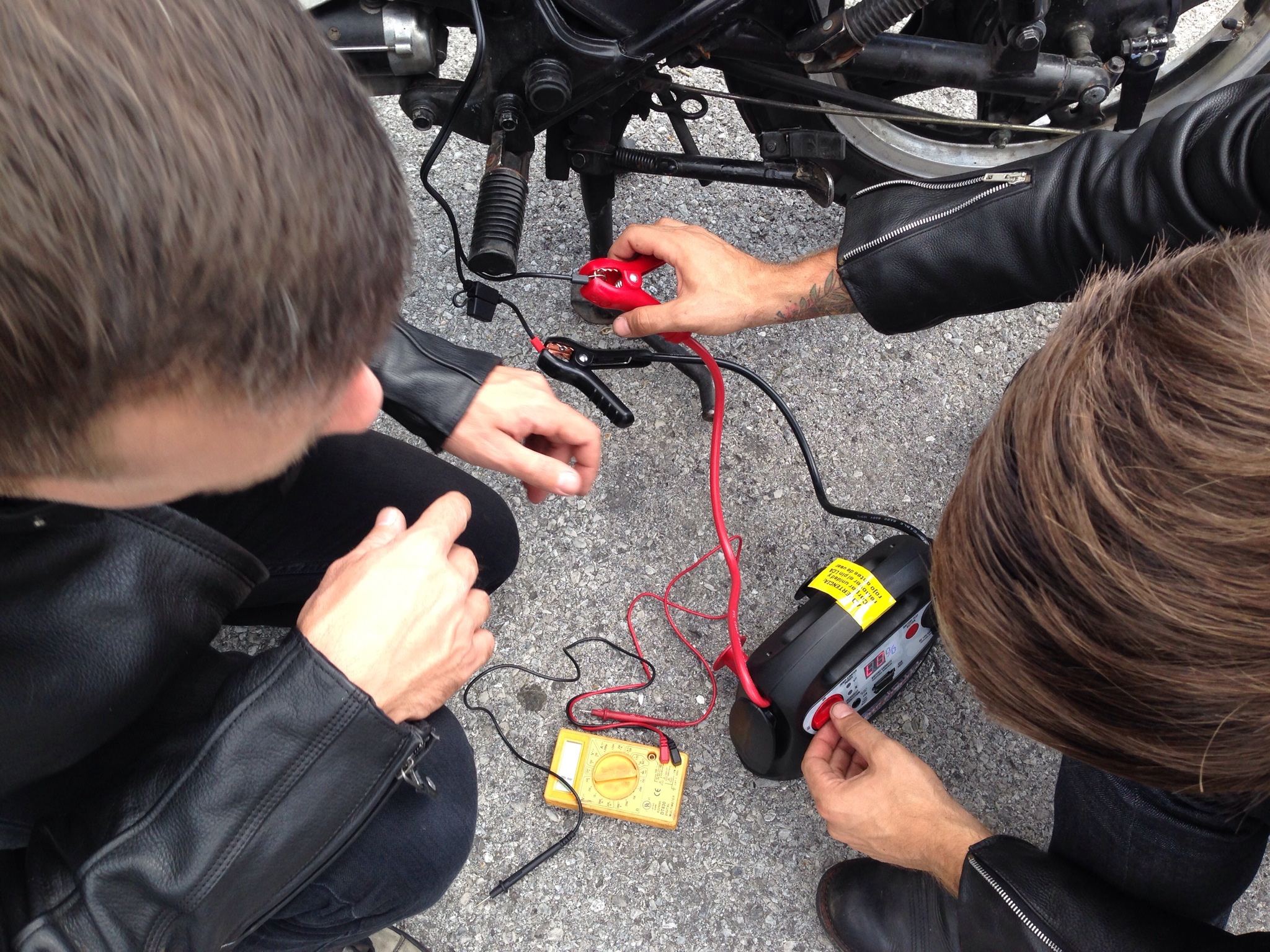 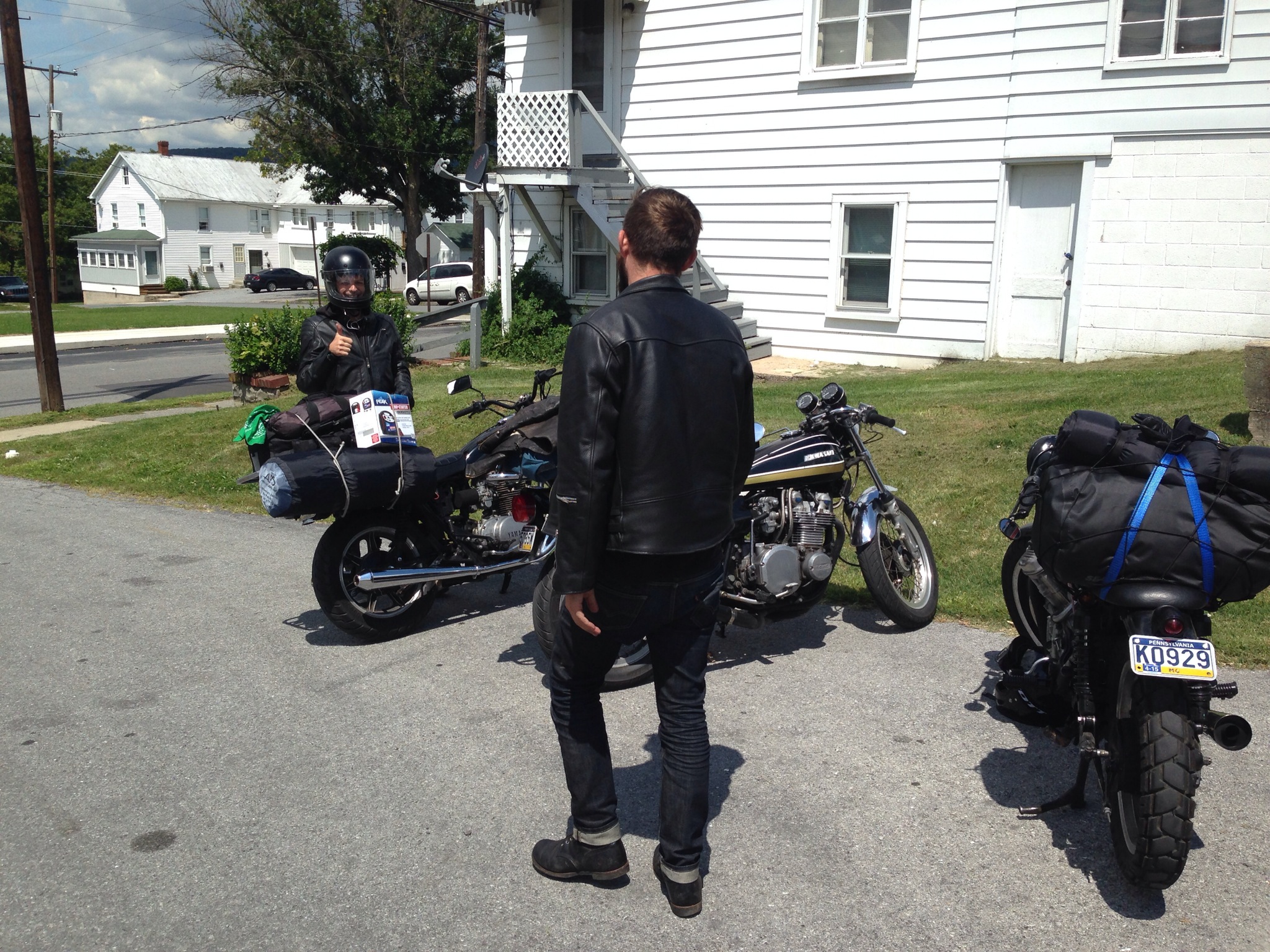 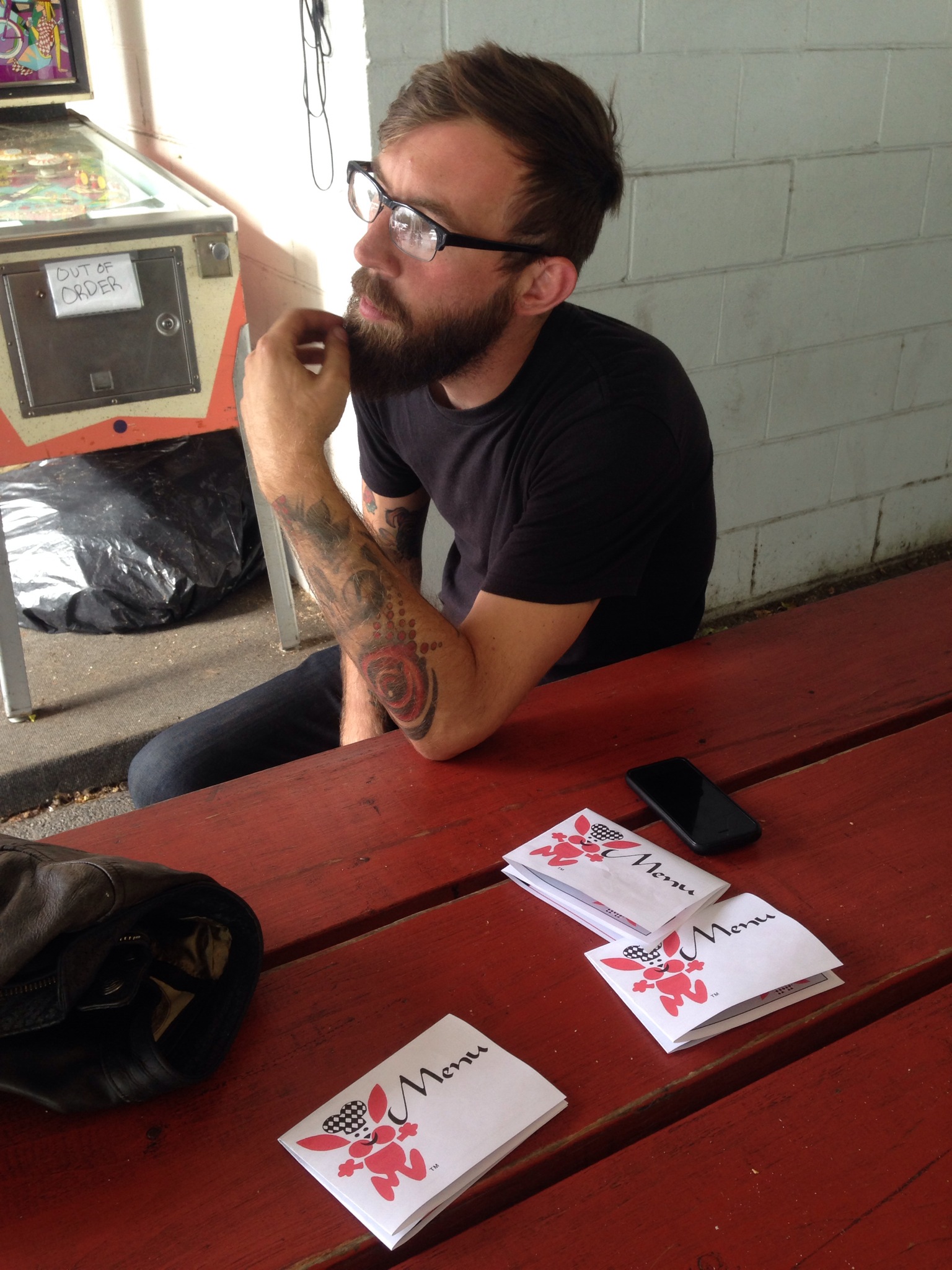 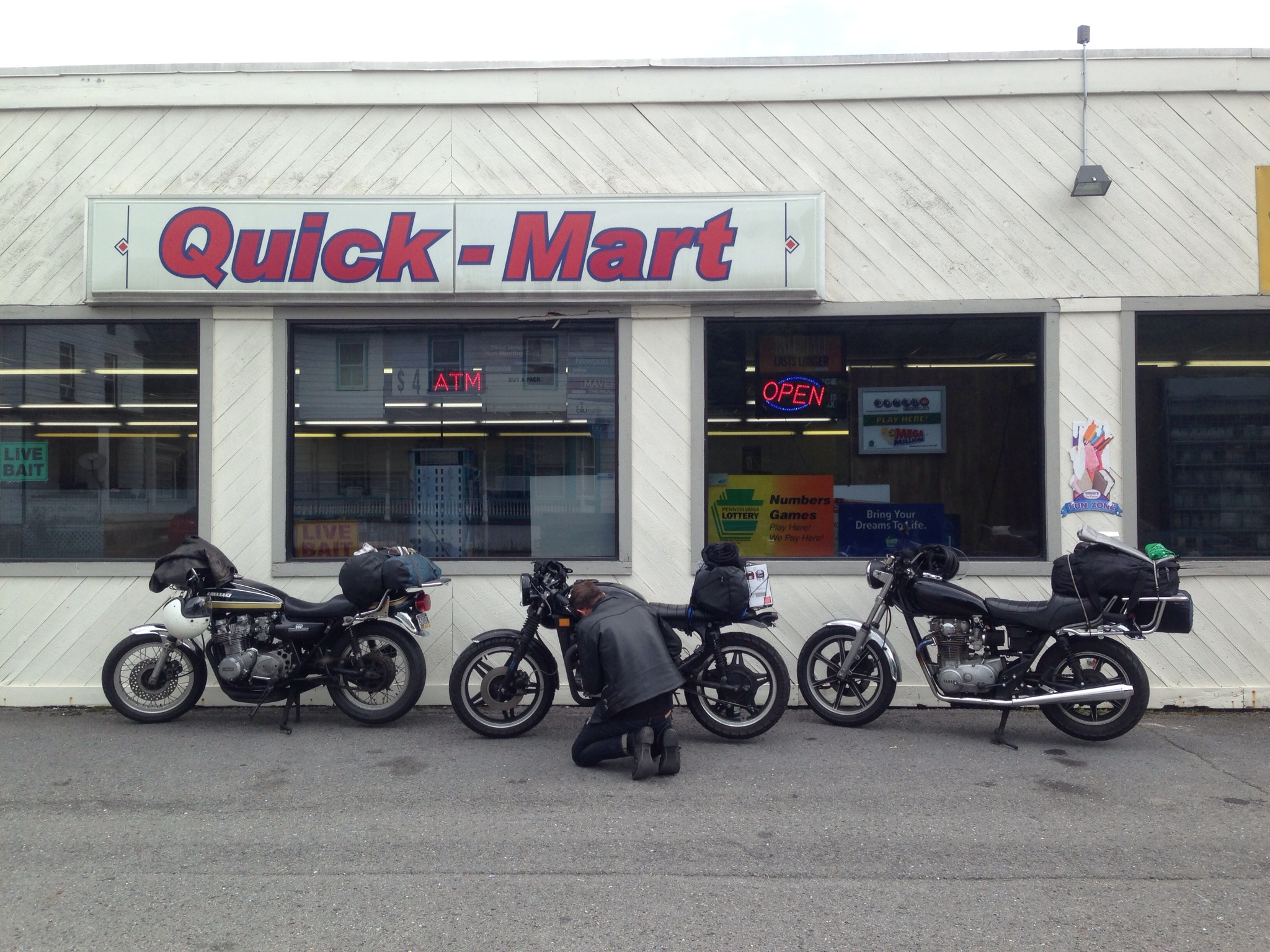 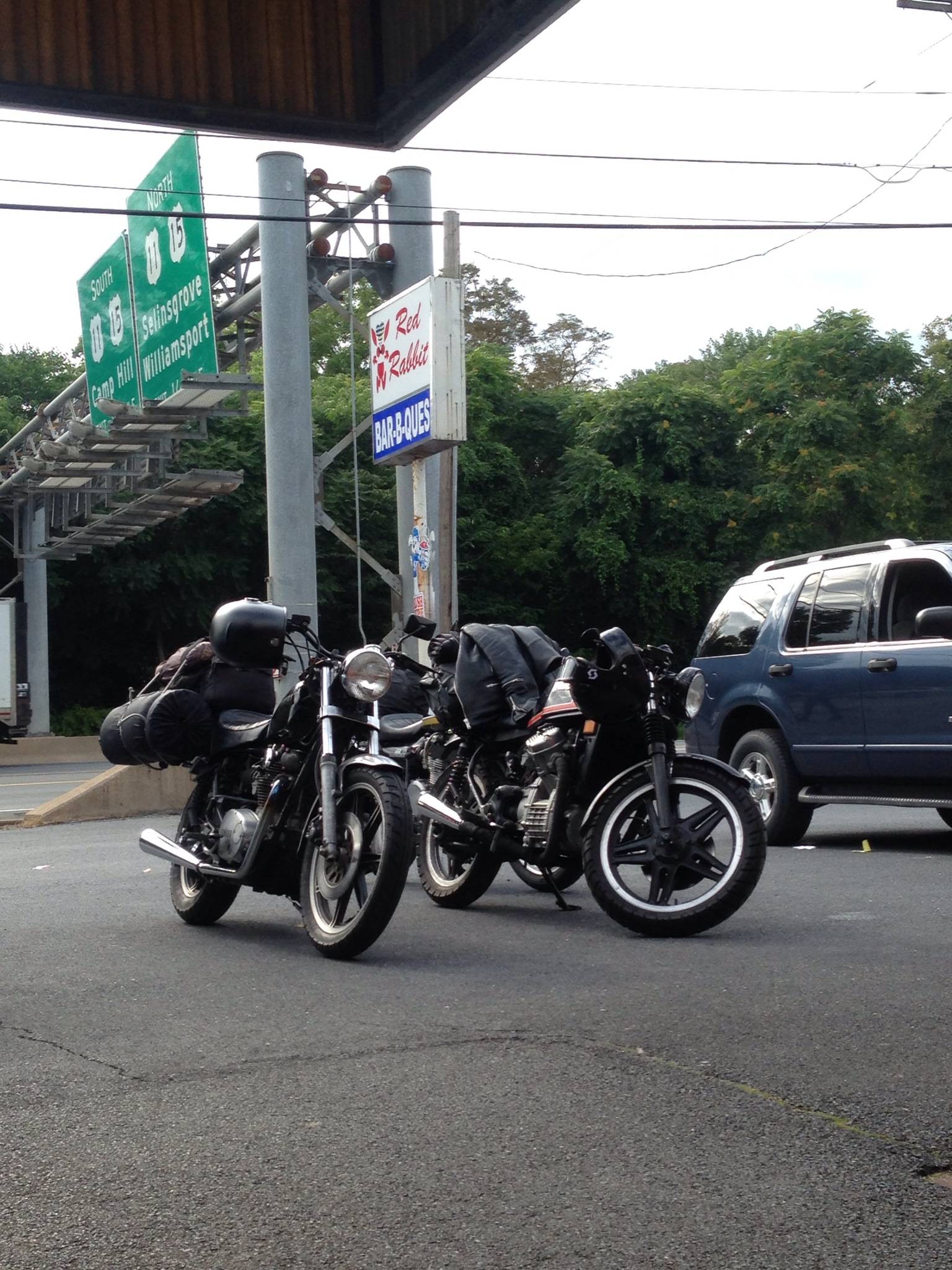 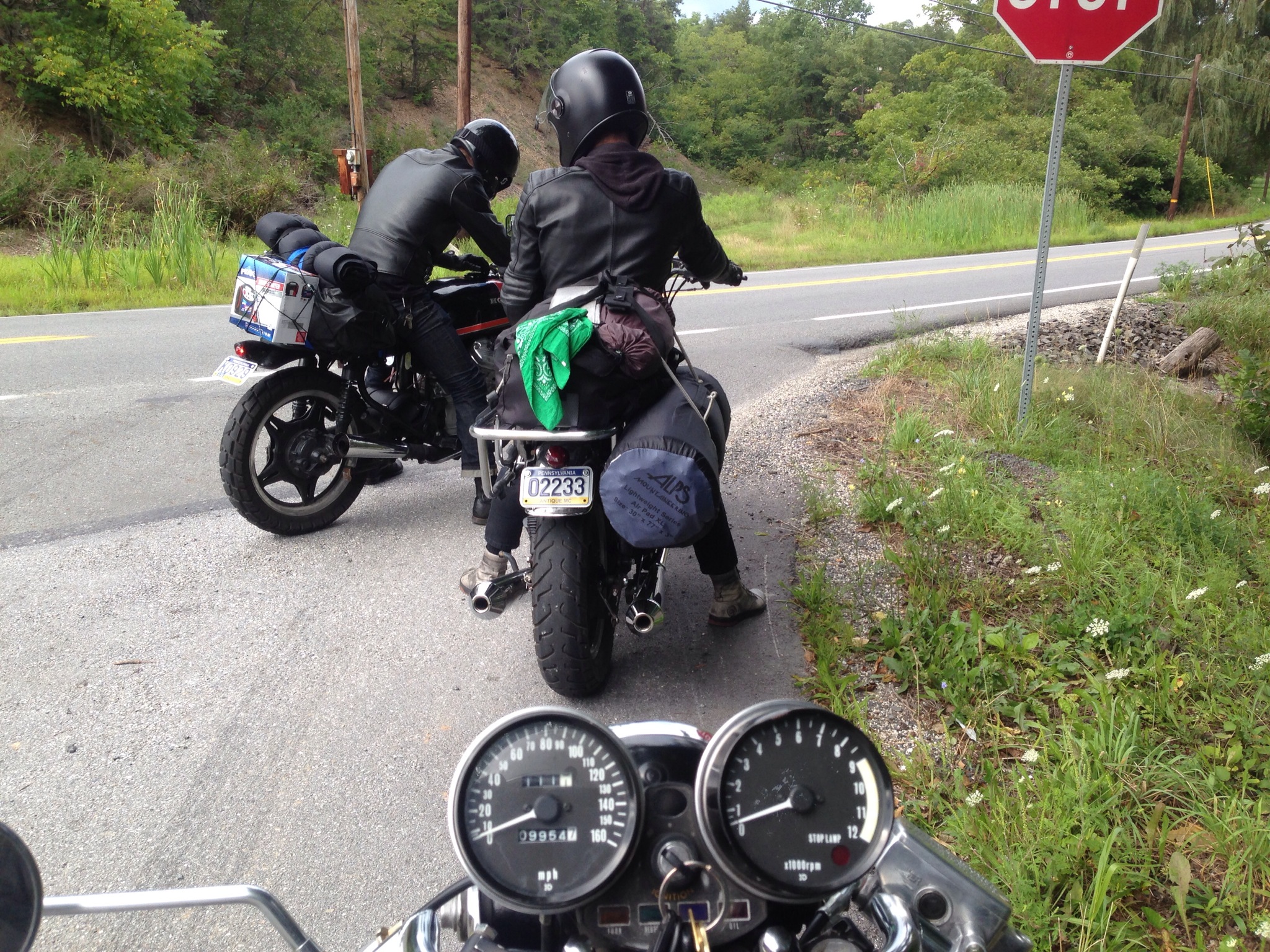 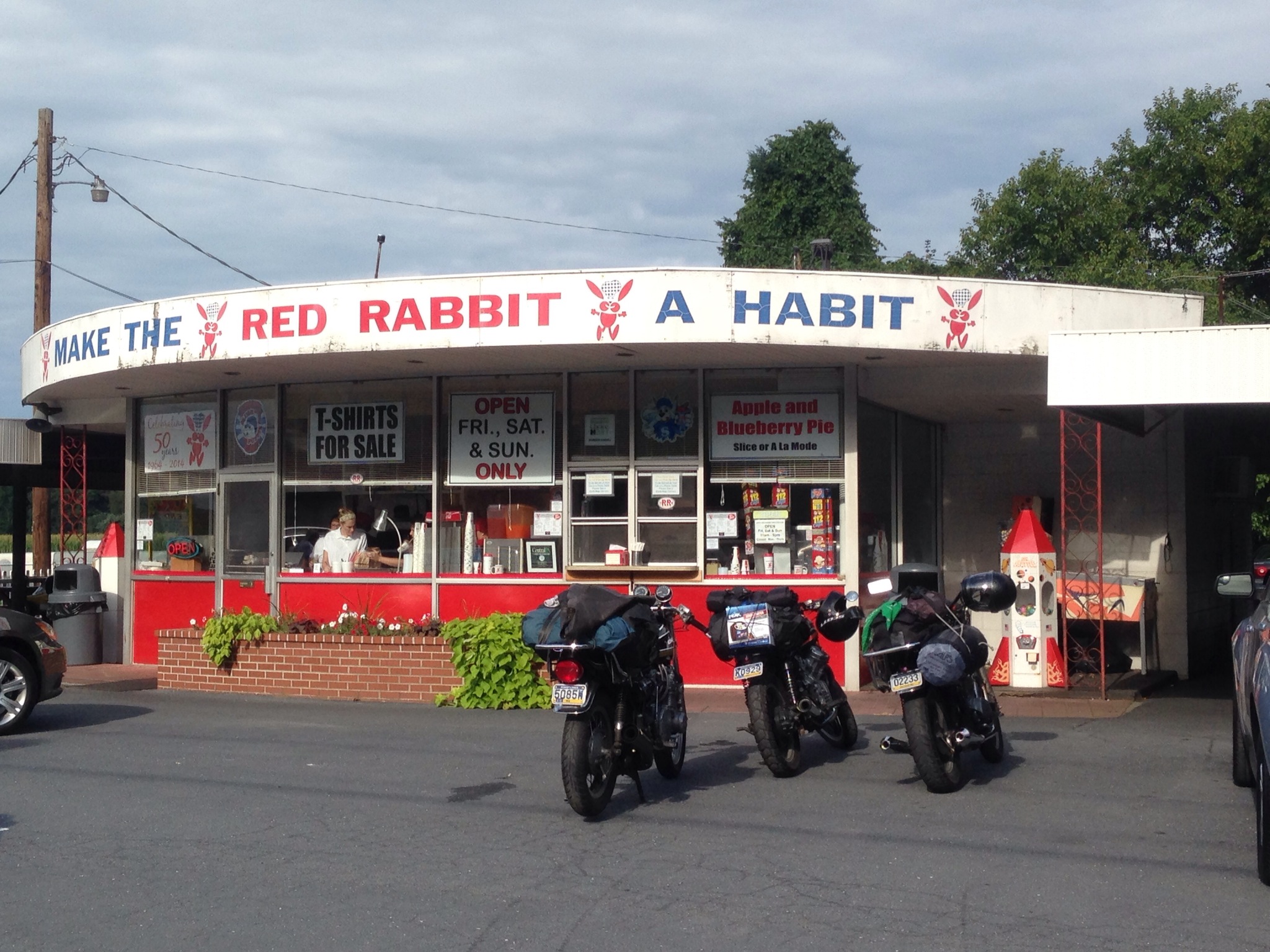 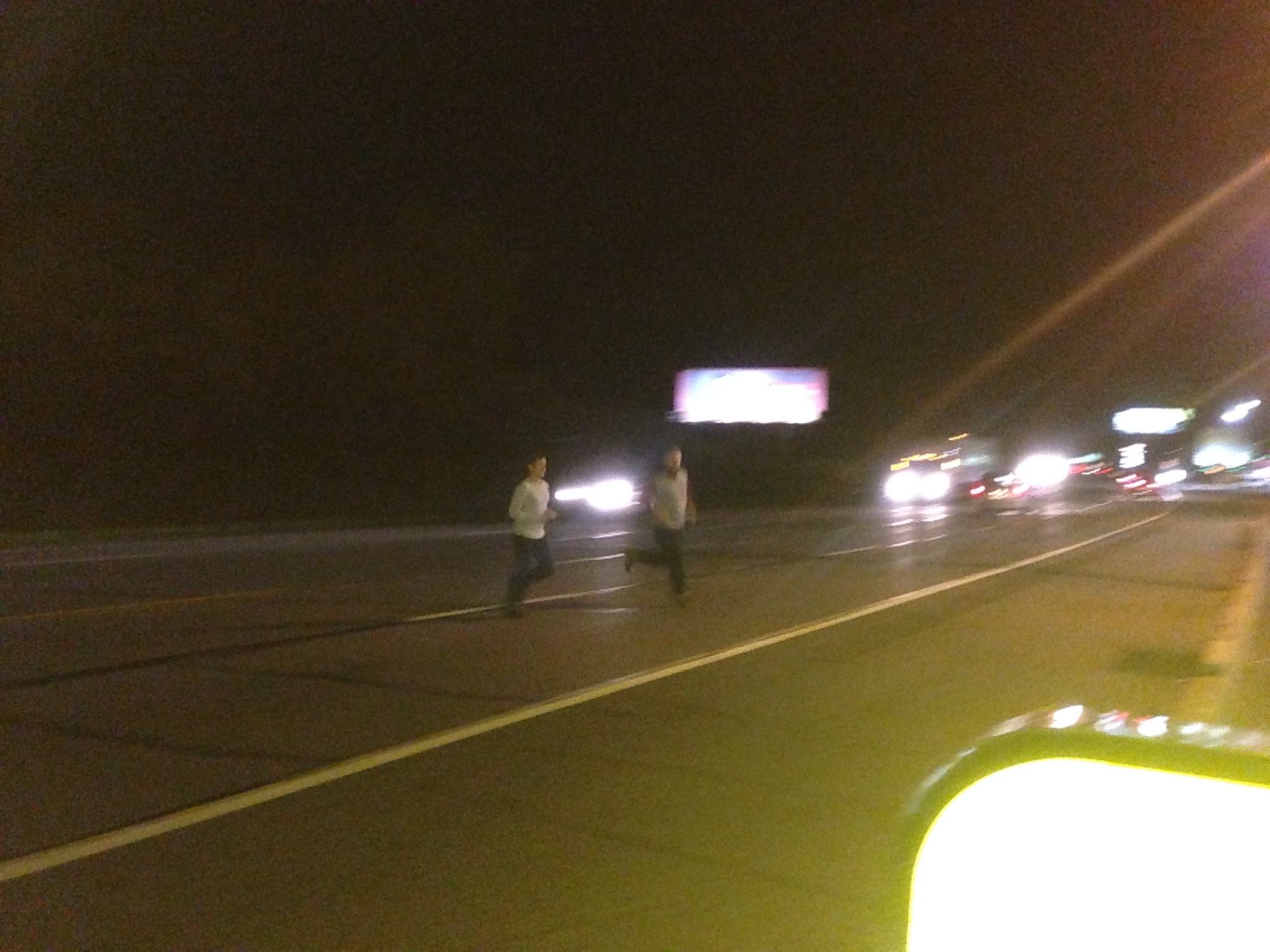 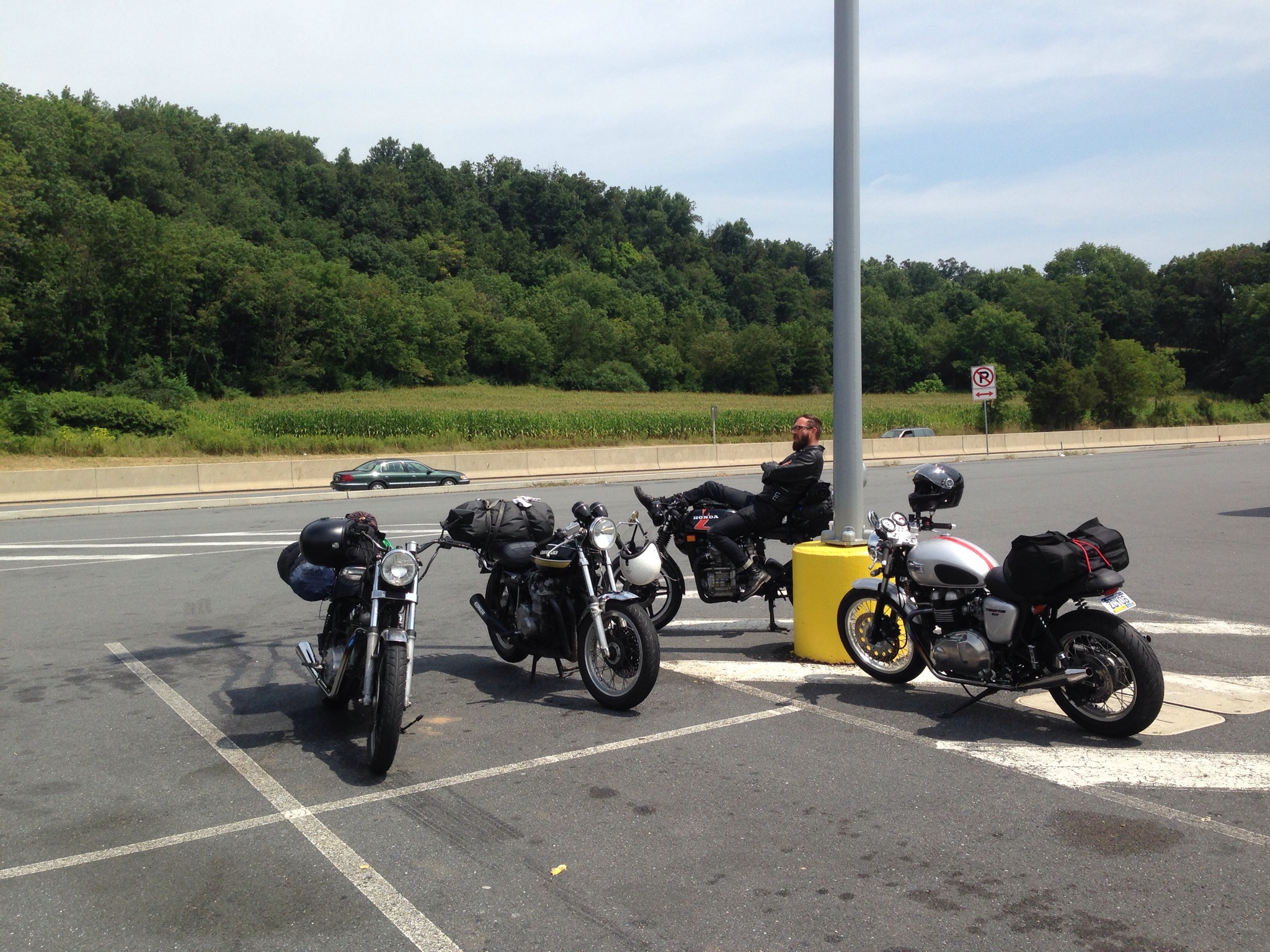 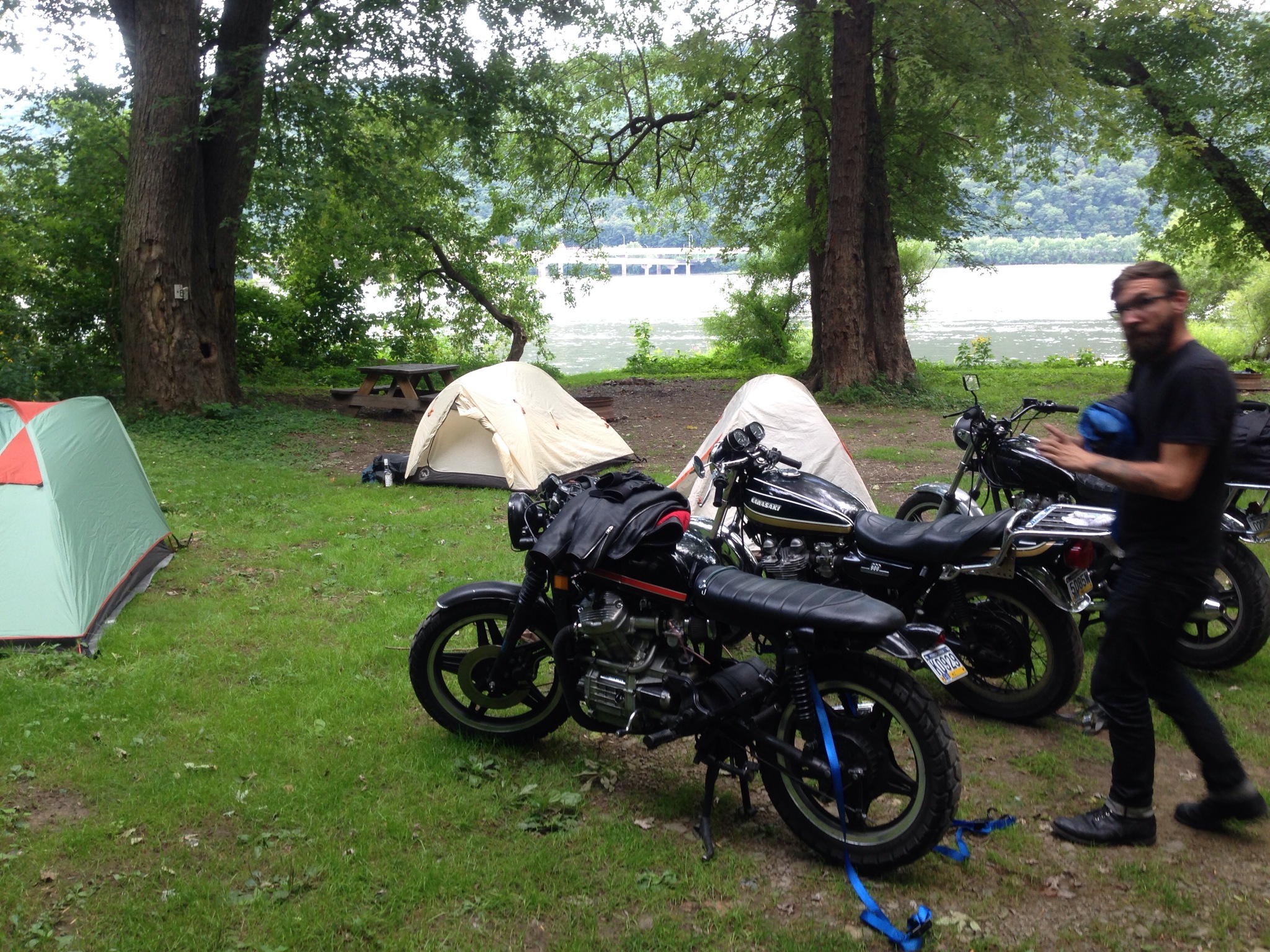 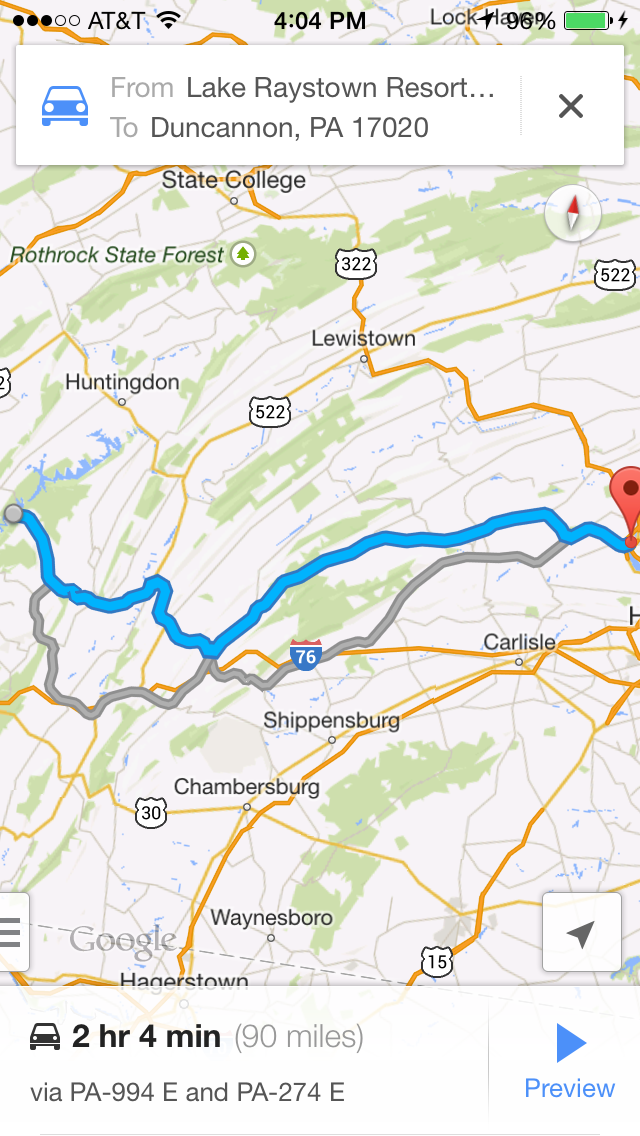 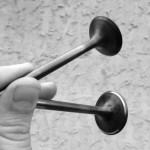 Let talk about valves… As you can see in the below picture, my cb450 valves were all sorts of f’ed up. We determined that the piston must have burned up a hole in itself and the aluminum burned onto the valves? I guess? I could not get the shit off no matter what I tried. […]