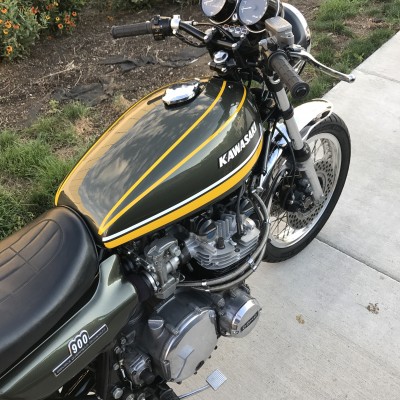 After doing an “old guy” inspired clean up of my z1, where I tried to get shit as cosmetically dialed as I was able. I decided to have my tank/tail repainted.

They look pretty similar, however, some of the differences:

– 75 tank, top 2 stripes have black paint in between them and where the 2 stripes meet the seat, the stripes have a gap. Green paint tealish hue. 75 tail, decals curve up at end

– 74 tank, no black between 2 stripes and the stripes touch where meets seat. Green paint is yellowish hue. 74 tail decals are straight

5 doors down from my house is an auto body shop called Liberty Collision. I stopped in and asked if they’d be into doing my paint. Owner Ben is a cool dude. He said normally prob not but being a neighbor he’s into it.

They did a great job. Base paint / clear / apply z1parts decal kit. Charged me $450. He alluded that it was more work than they anticipated. I was more worried about decal placement than paint. They got it pretty damn close. Im happy. Also, matching paint color was tough. I wanted it close to stock but a shade darker.

First pic is an original 74 I based my color off that I saw at mid Ohio.

At bottom you can see the body shop stuff and the million swatches I could choose from. 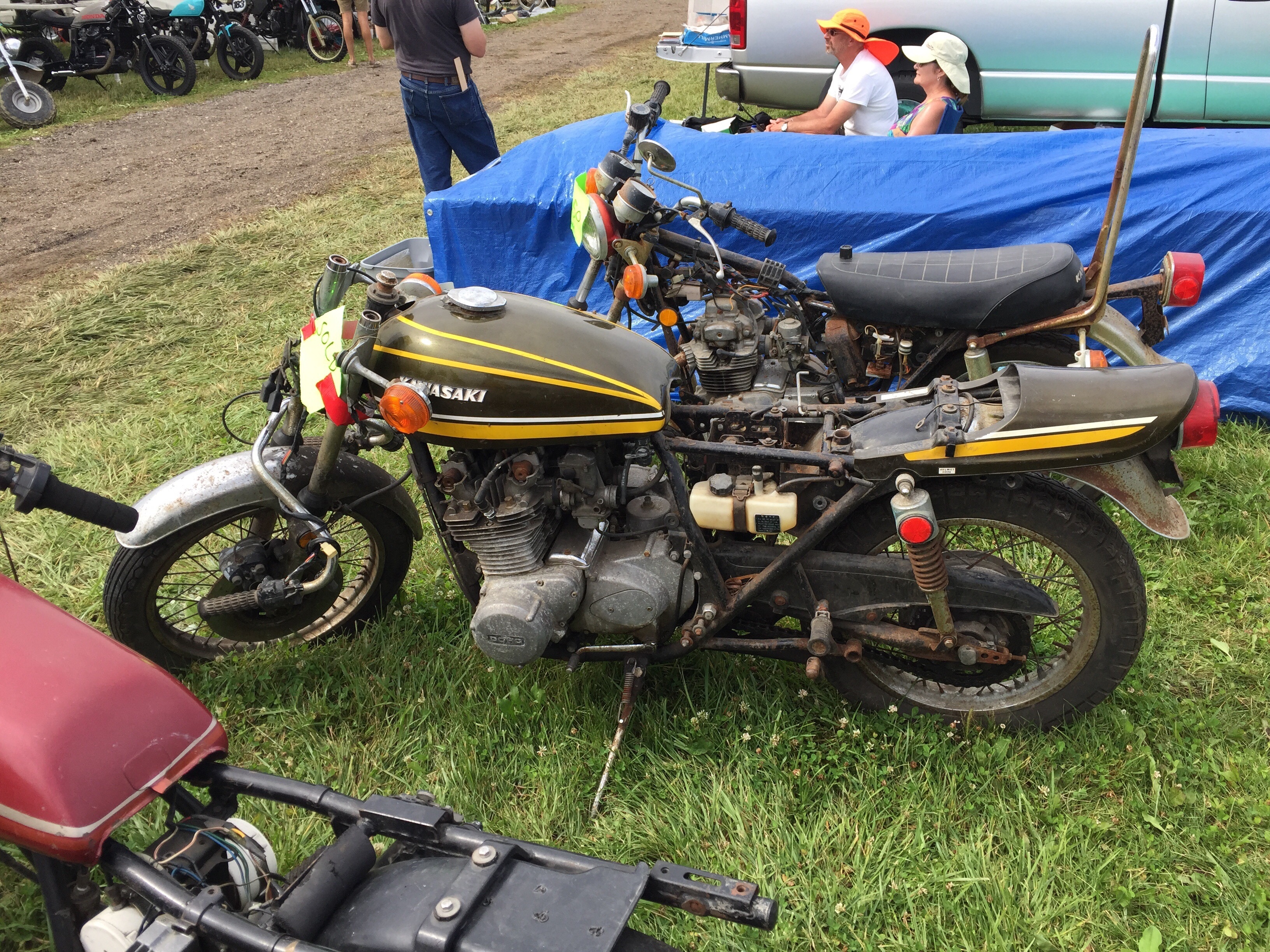 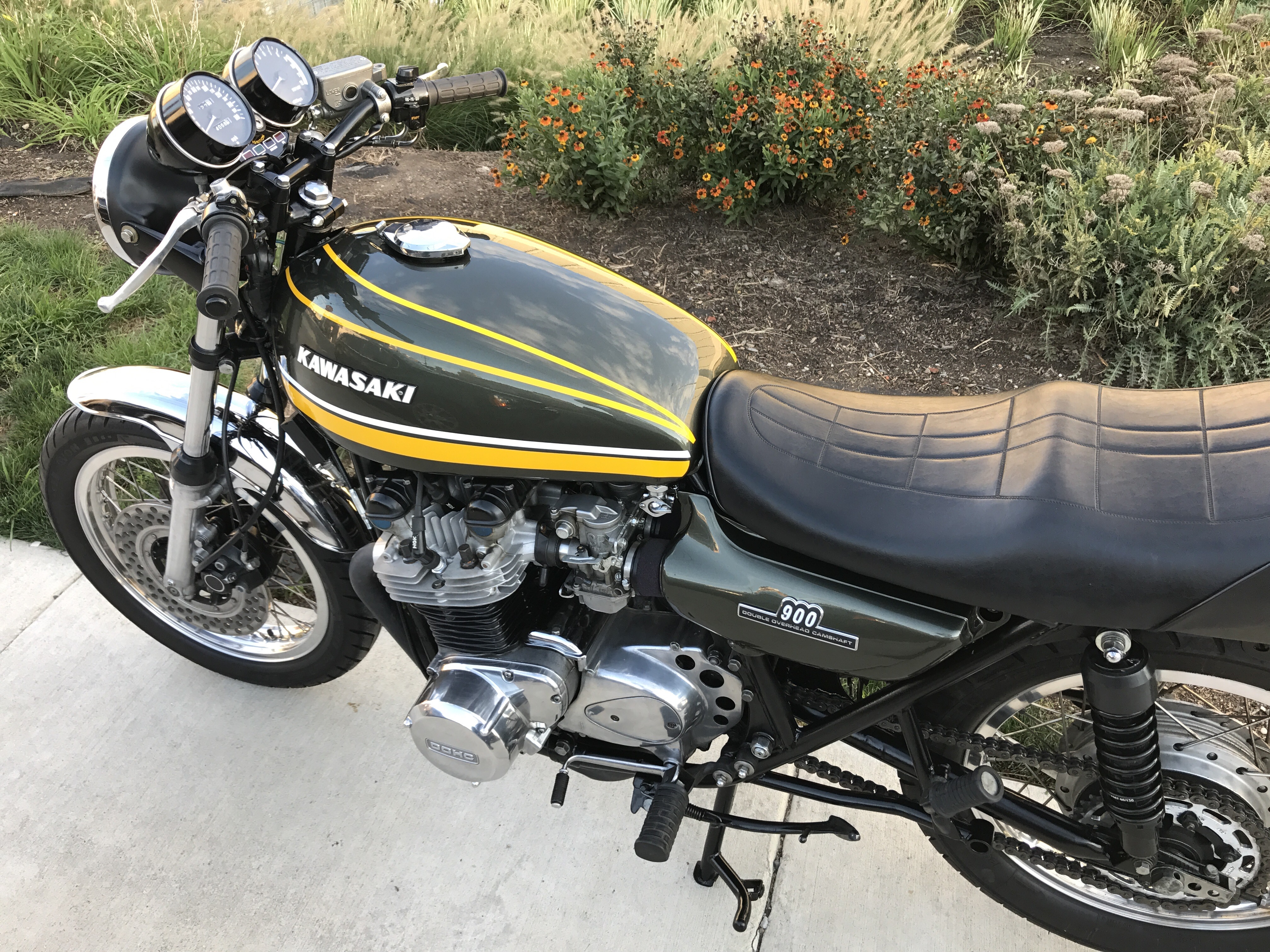 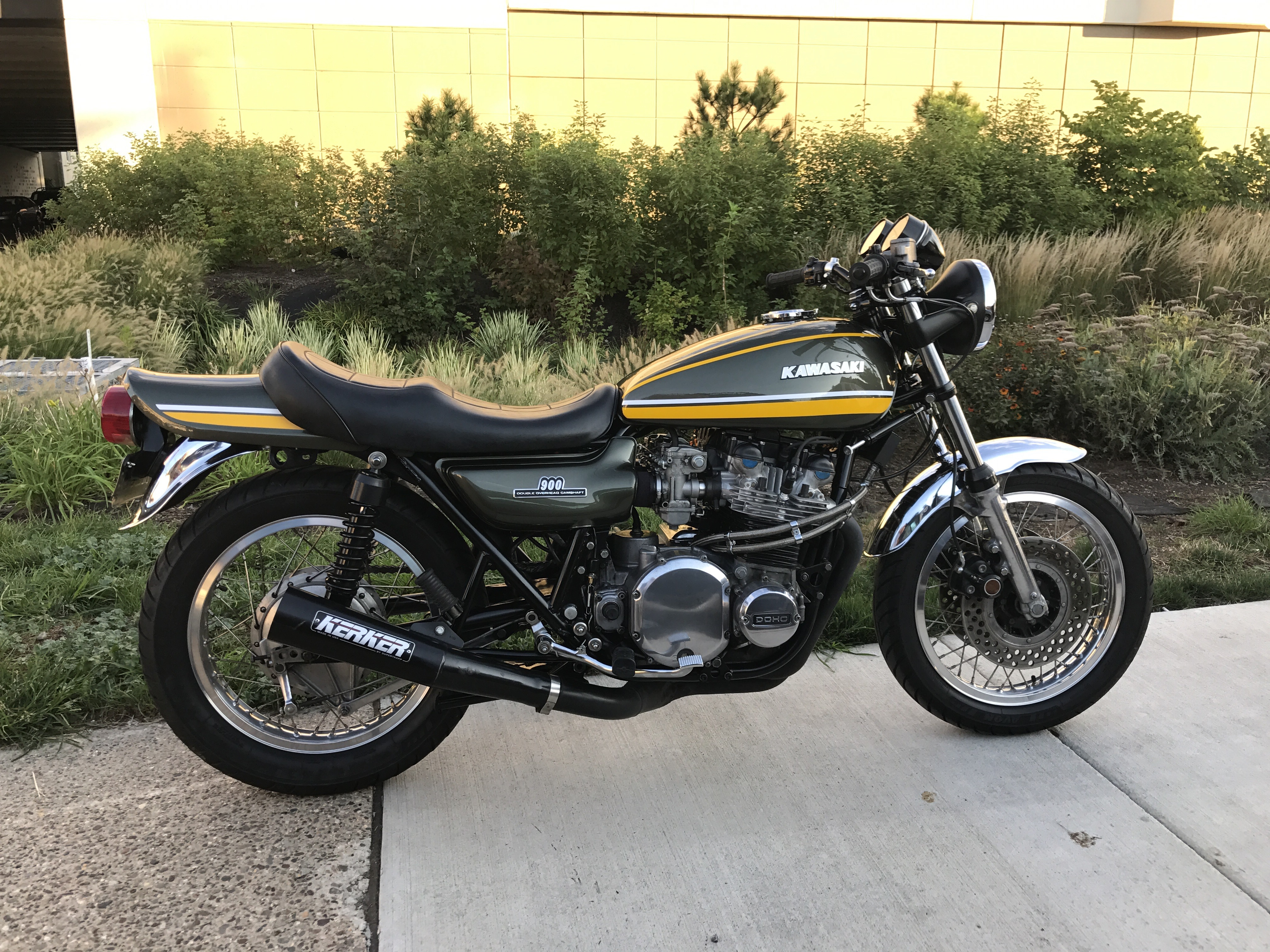 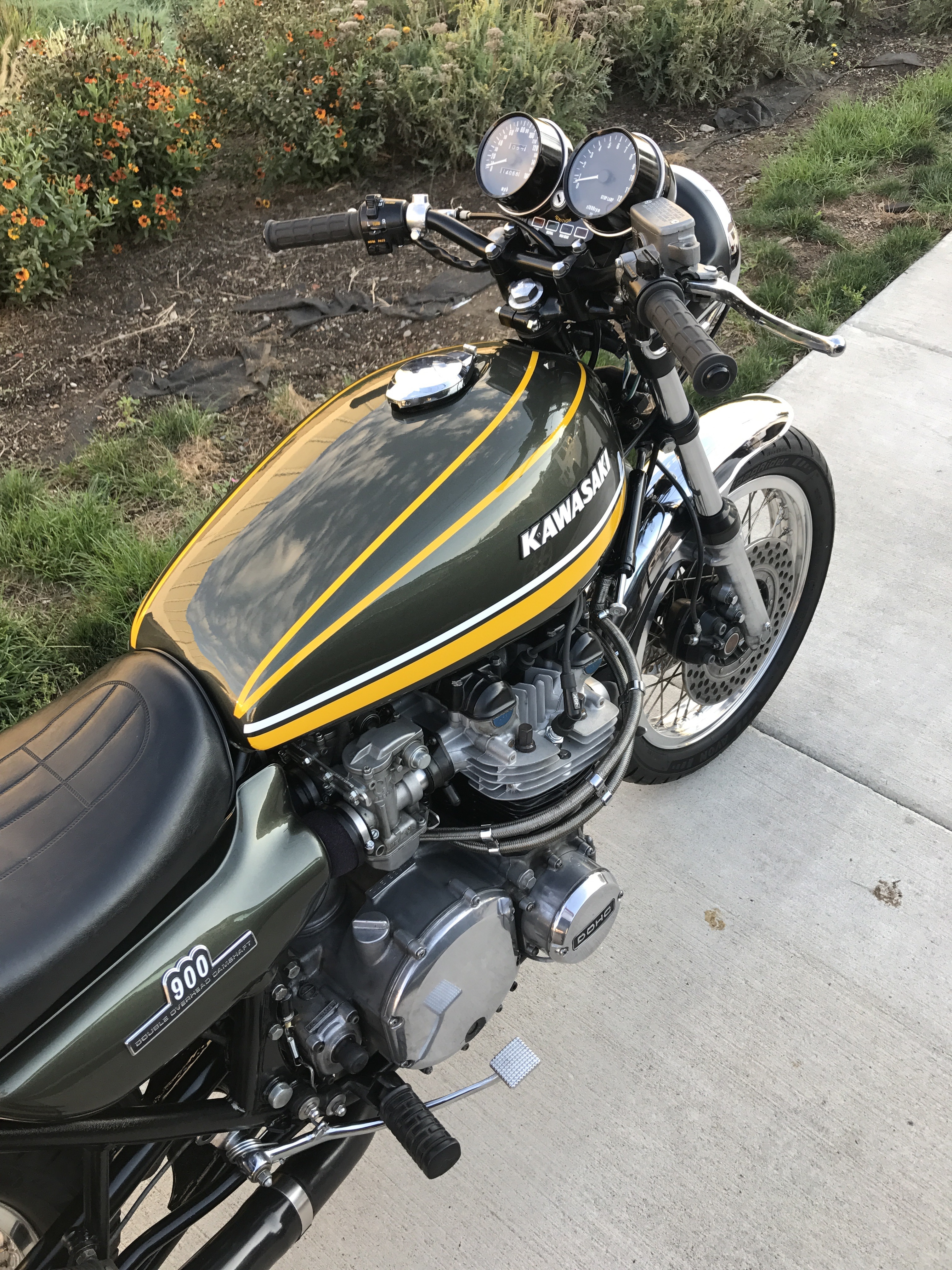 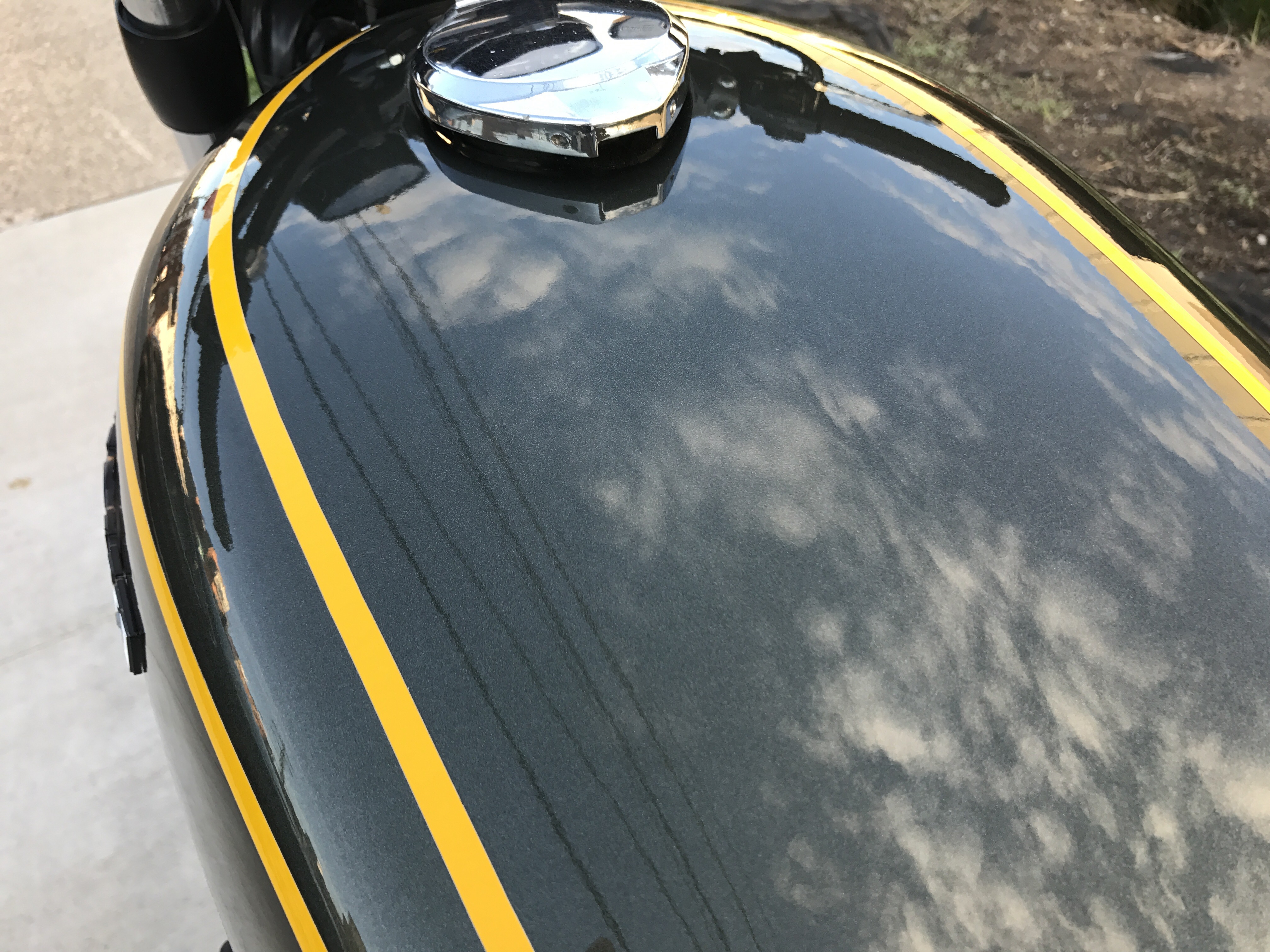 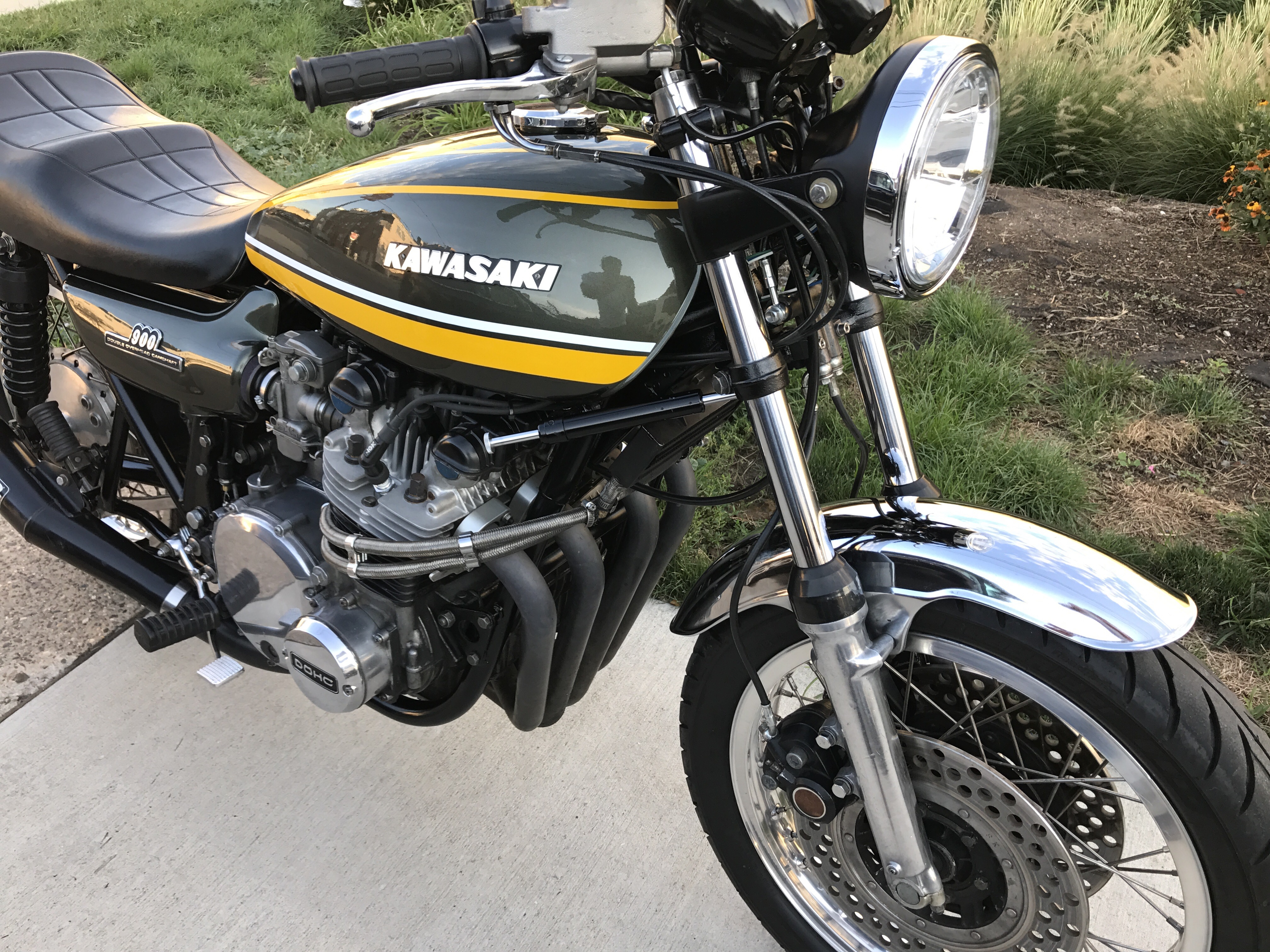 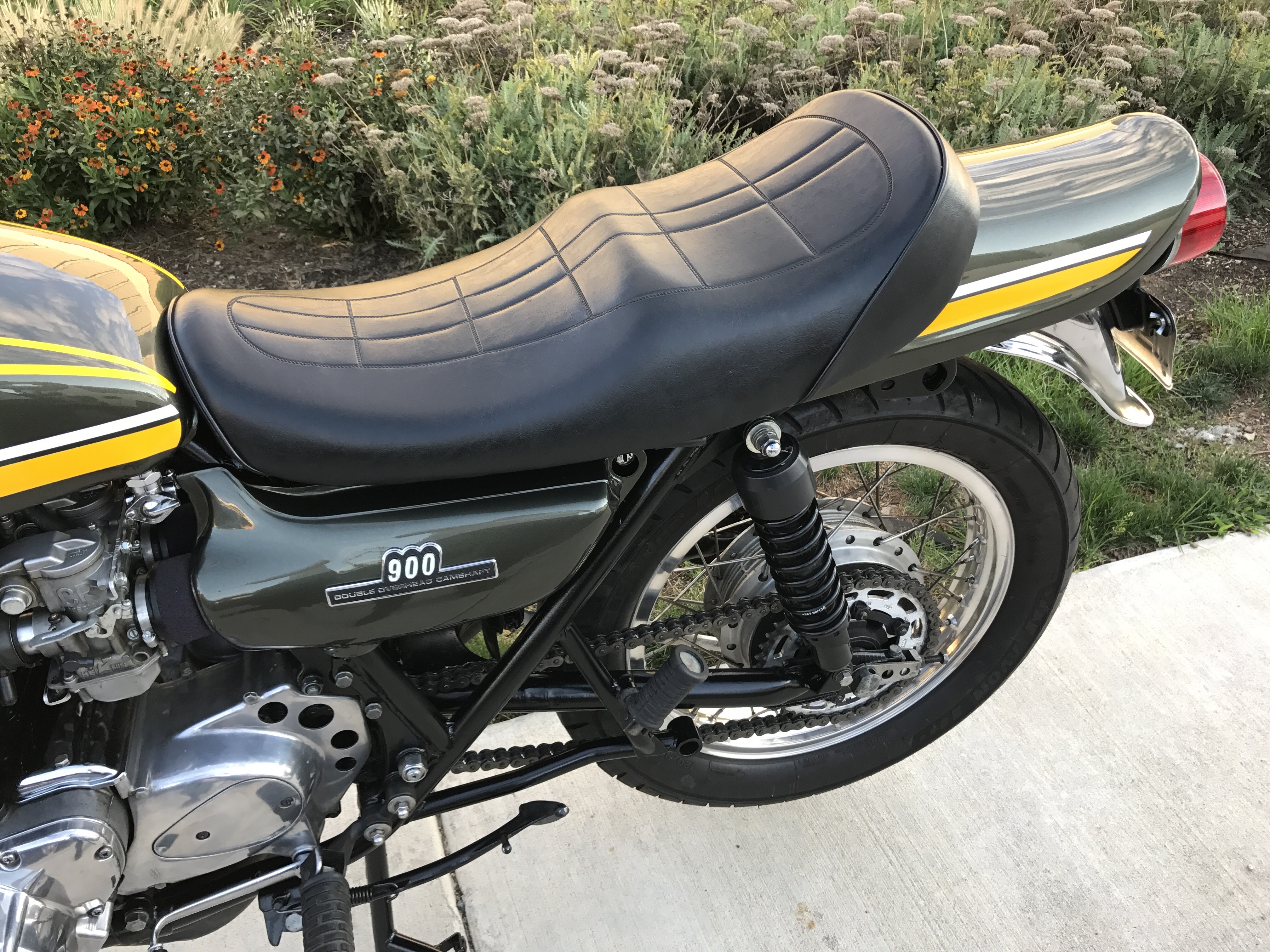 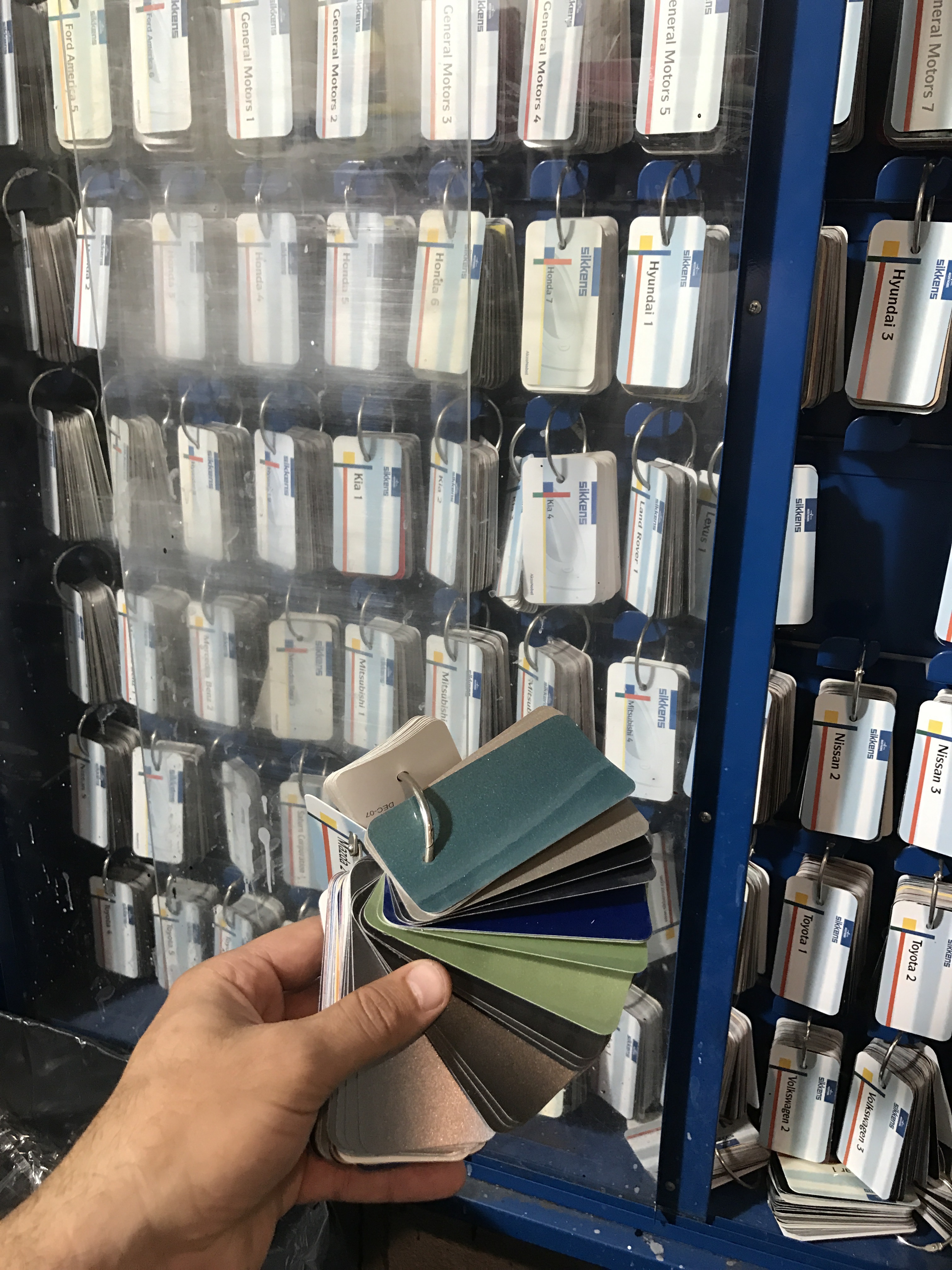 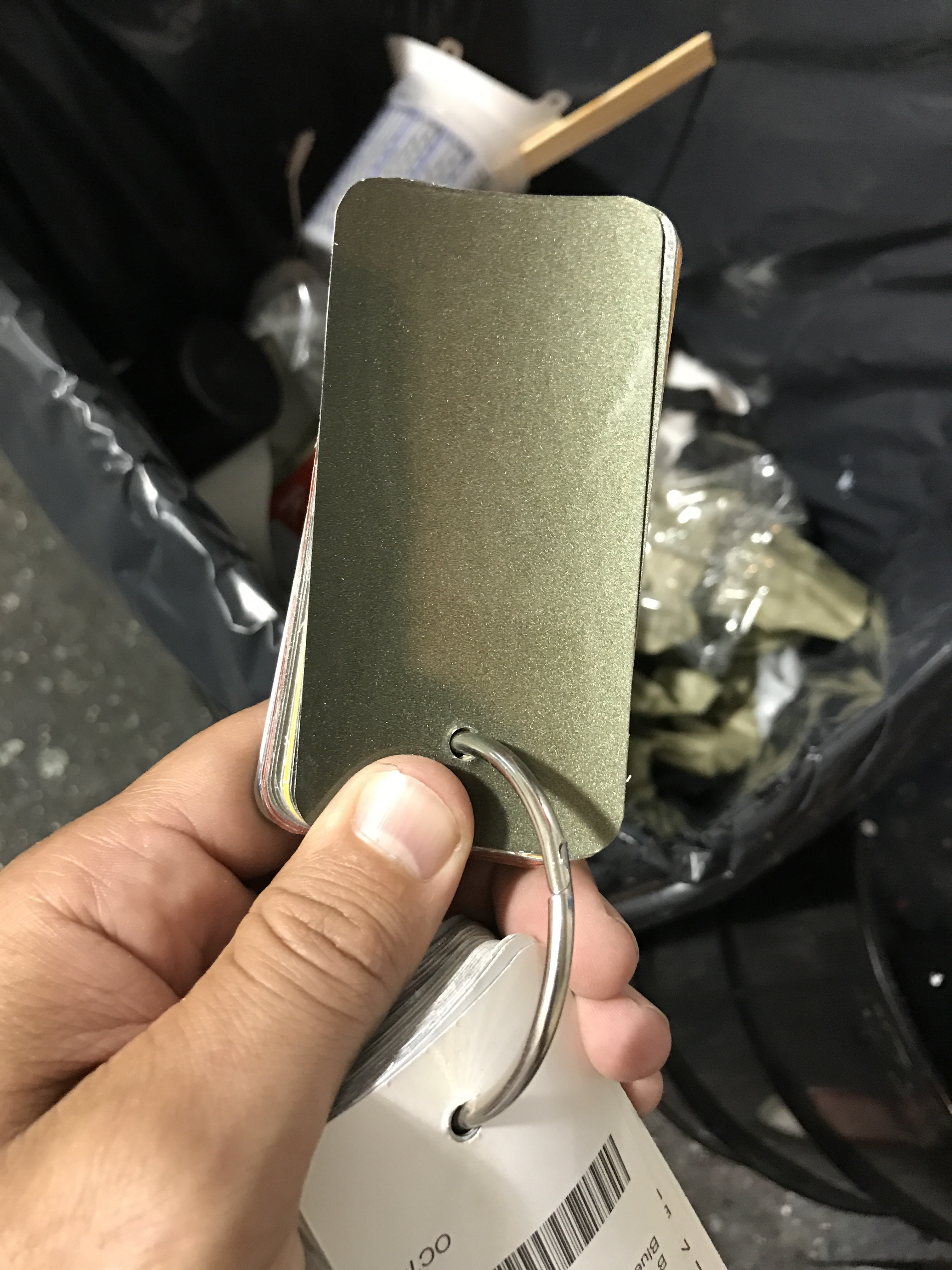 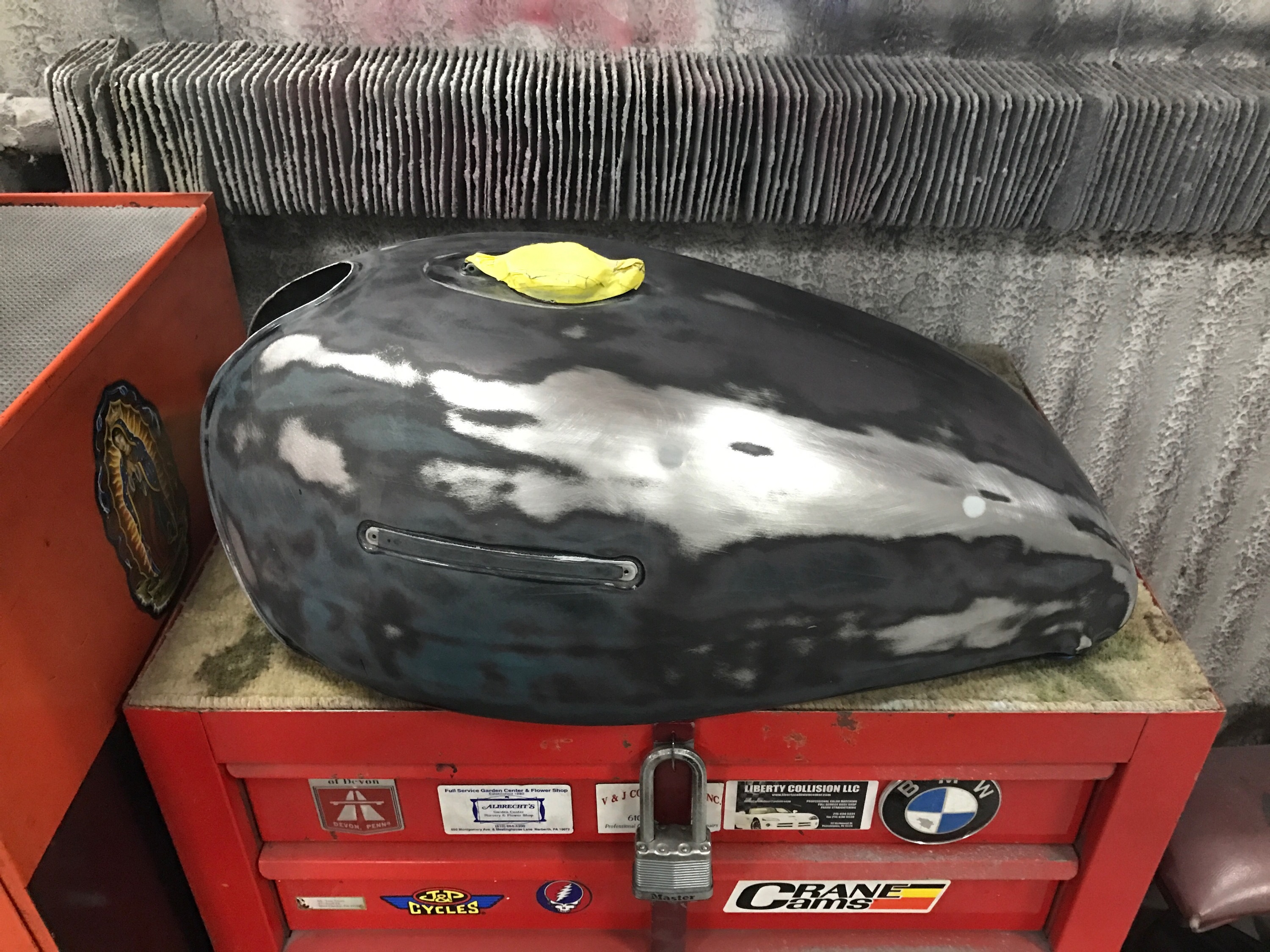 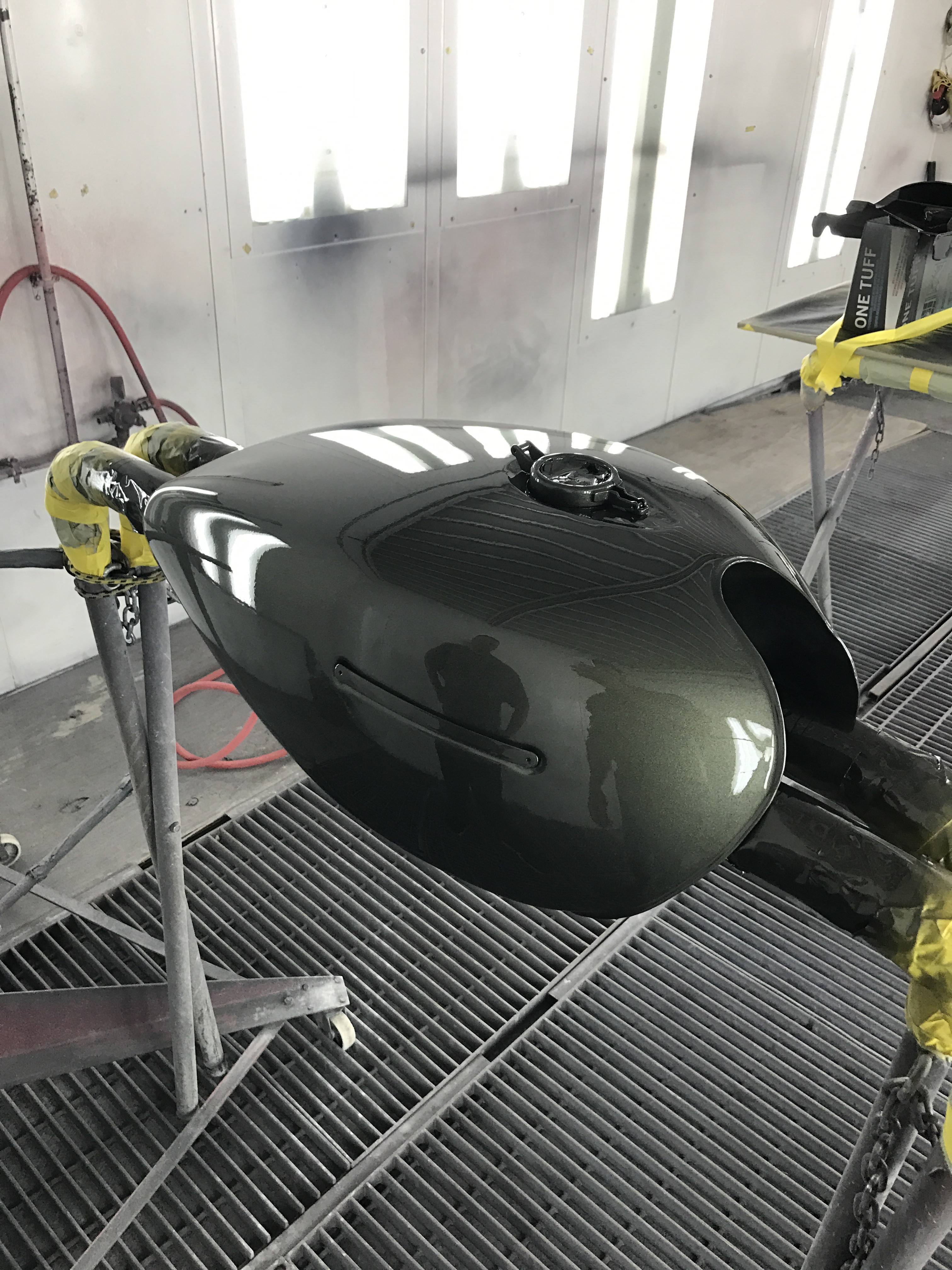 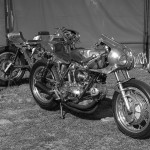 …makes the sickest cycles I’ve seen. check out his website: http://www.chabottengineering.com/menu.html Some of his philosophies include: – respecting the raw material he’s working with instead of painting it – older 70’s engines carry the spirt of the person who drafted them