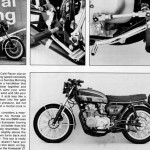 I found this article while doing some research about CB550 modifications. It was written by Gordon Jennings and published in Cycle magazine’s November 1975 issue. Good article and worth the read. 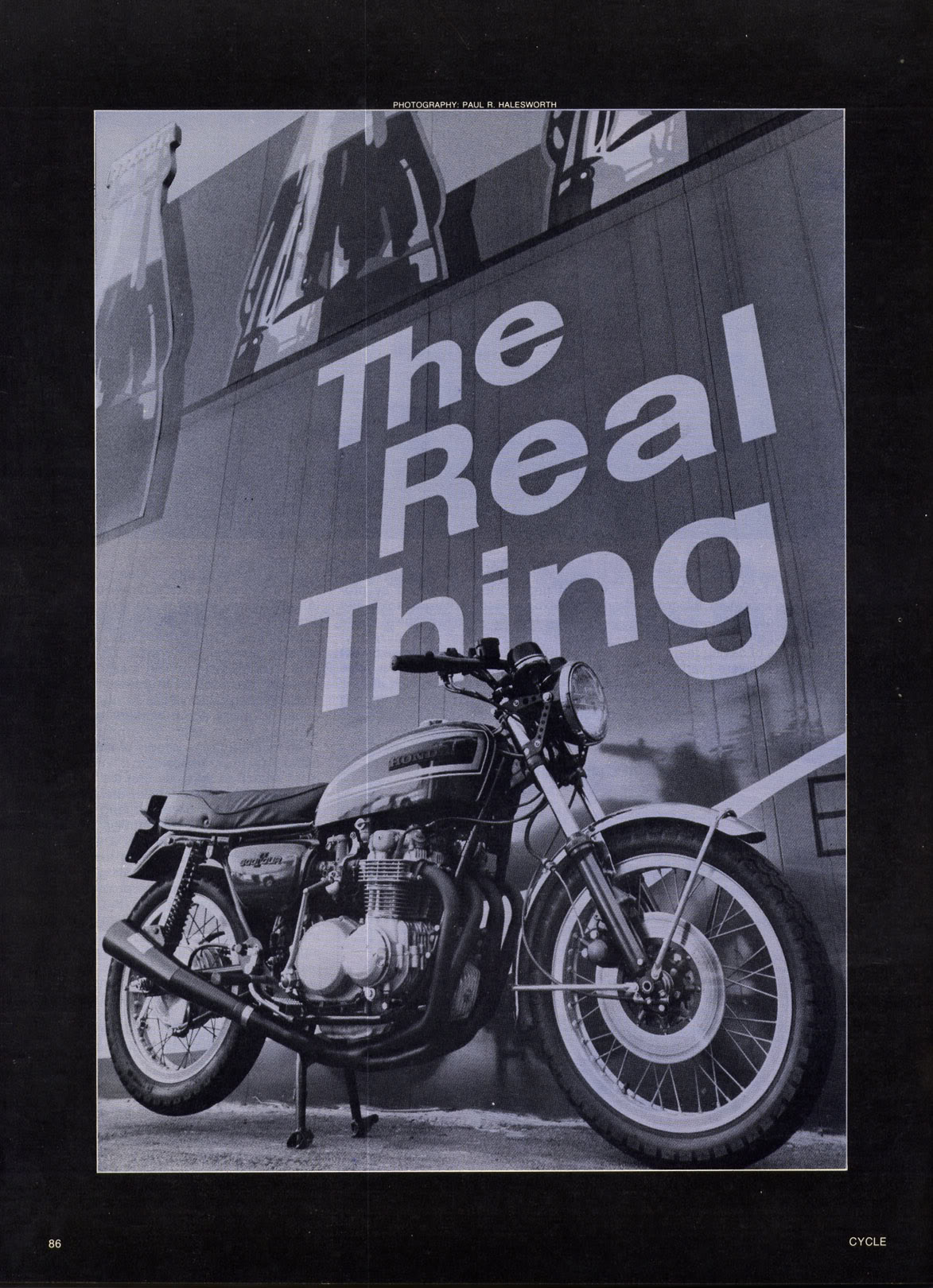 “Gentleman’s Express Vehicles in this category were not in the strictest sense sport cars, though they certainly were intended to be driven in a sporting manner.”

Apparently this style was seen as a more functional version of the stereotypical cafe bike back in the day. I think it still holds true for a lot of peoples cycles in Philly. Inspiration from the cafe style but built in a sportier practical sense for city living and riding. 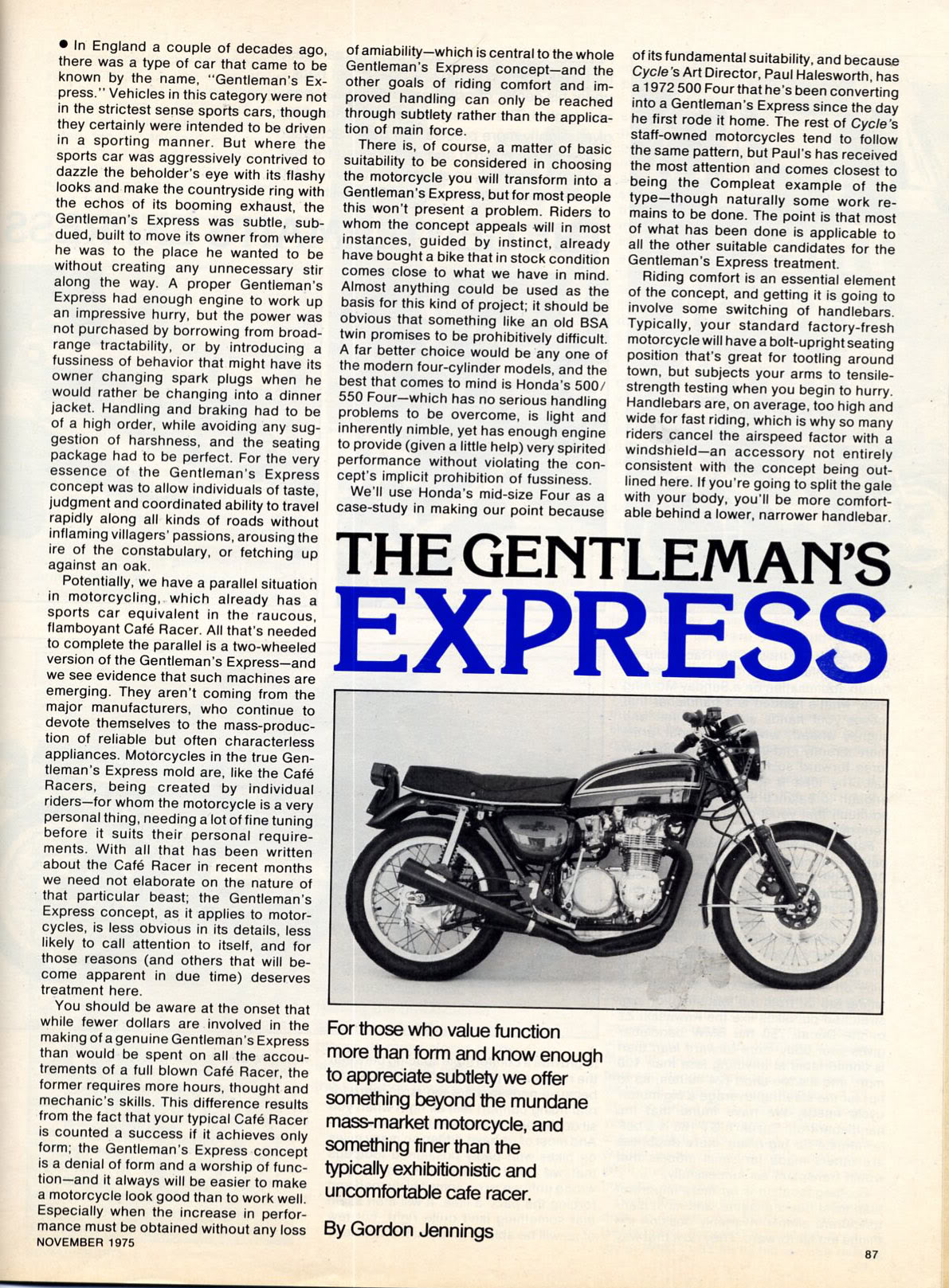 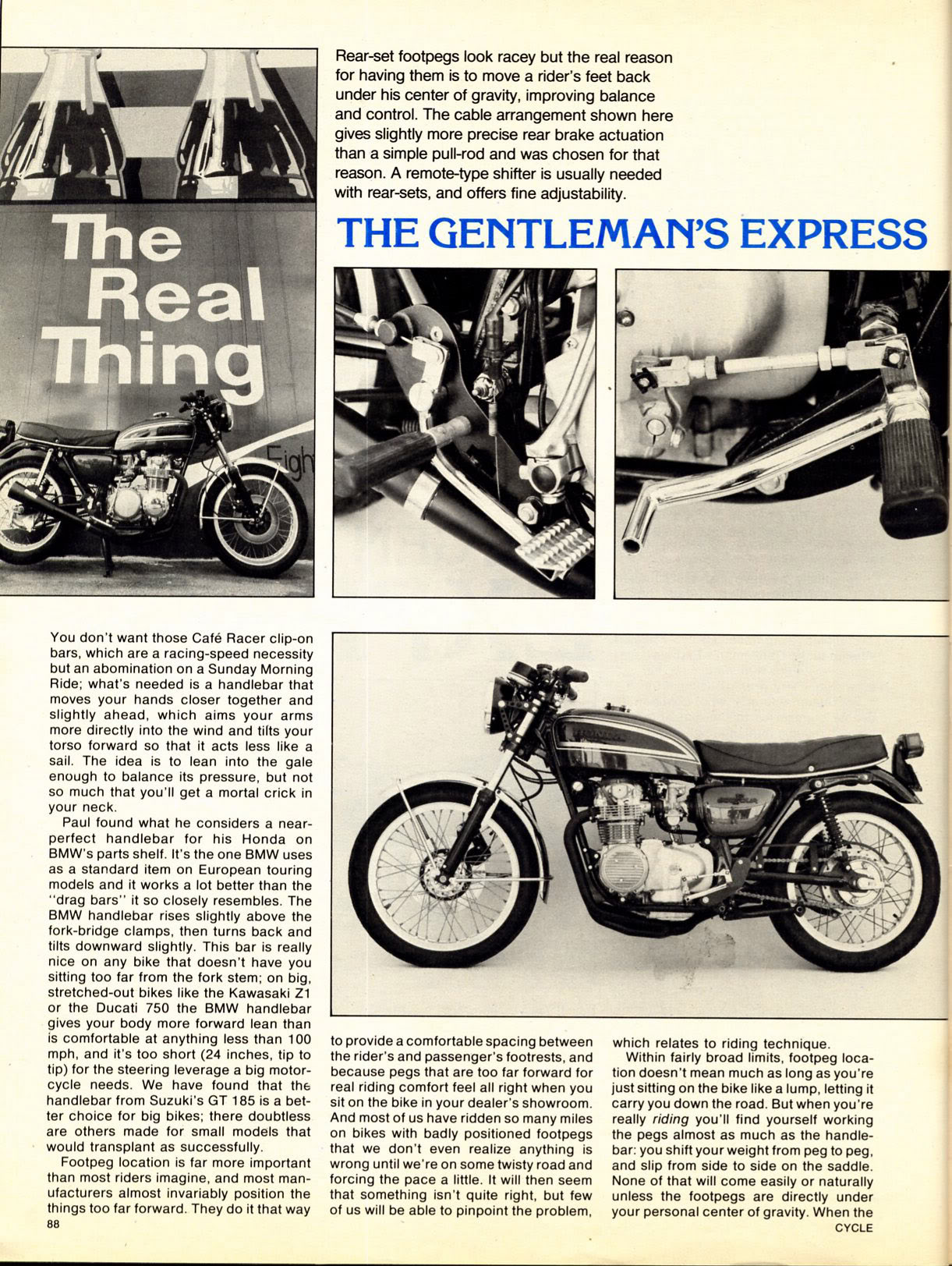 I like the rational for flipping the brake caliper. I’m going to try this out along with a dual disc setup on my 550. Should make a big difference. 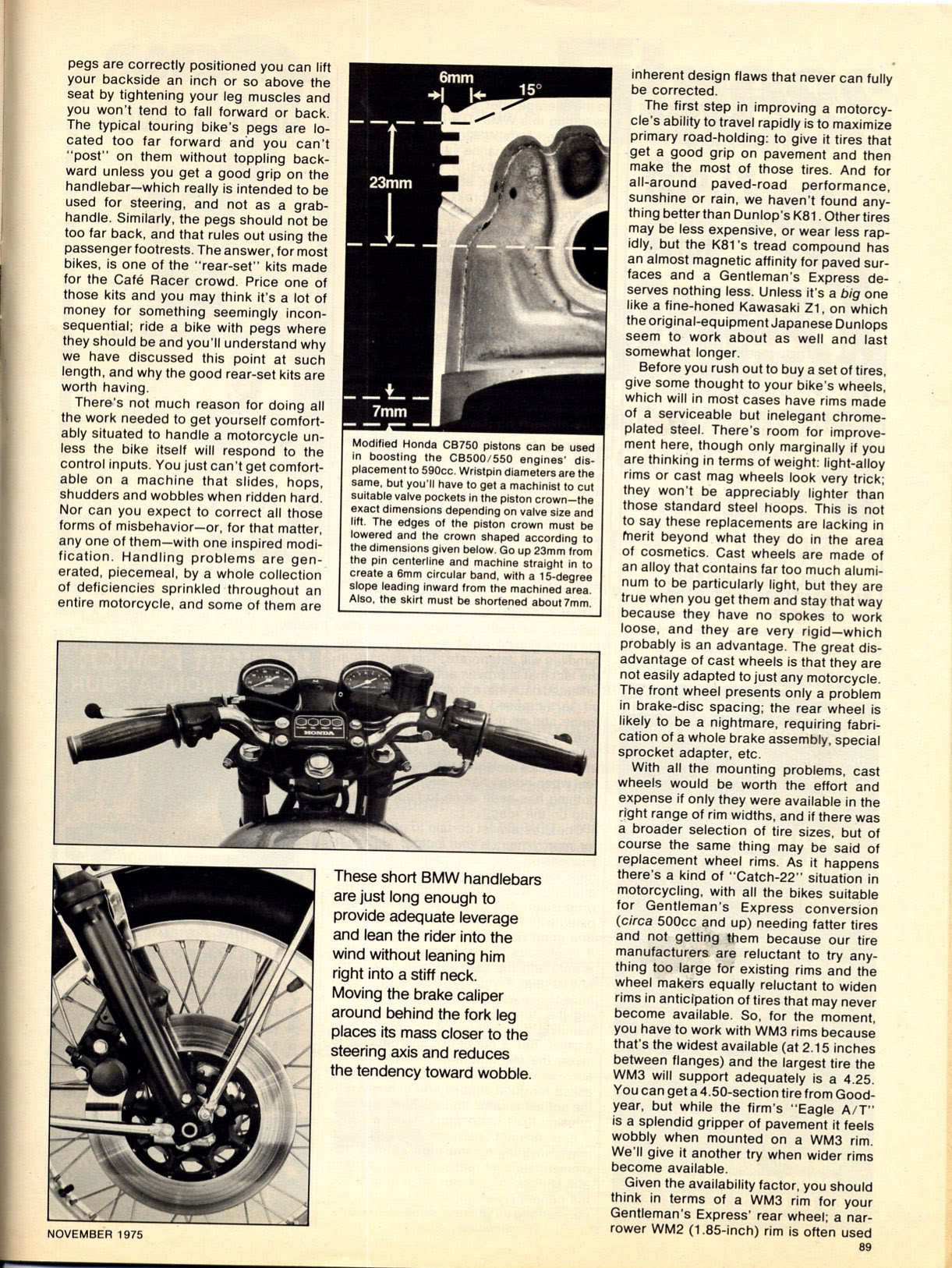 Freedom Gold 2 stroke oil. “GET IT UP” haha 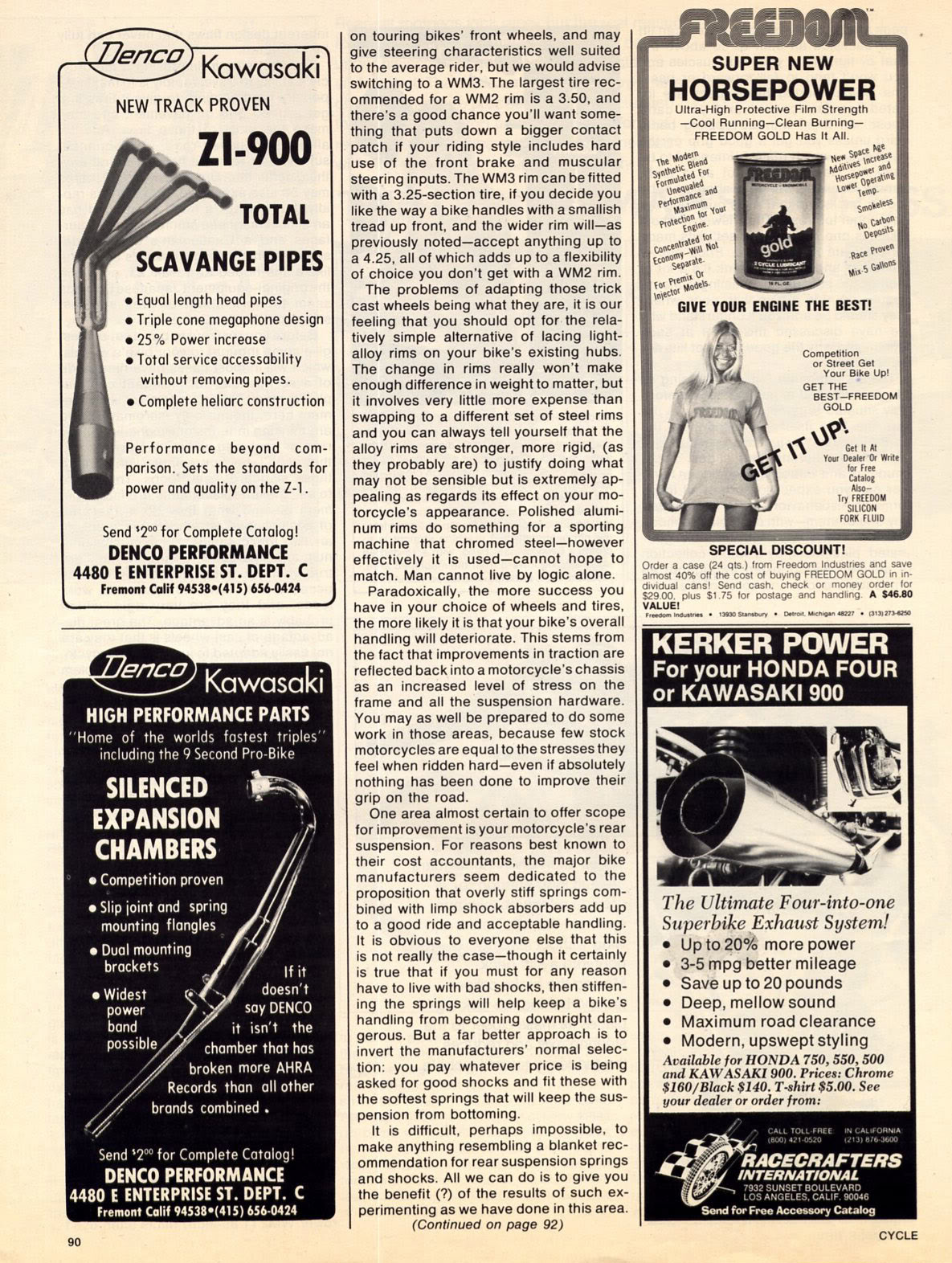 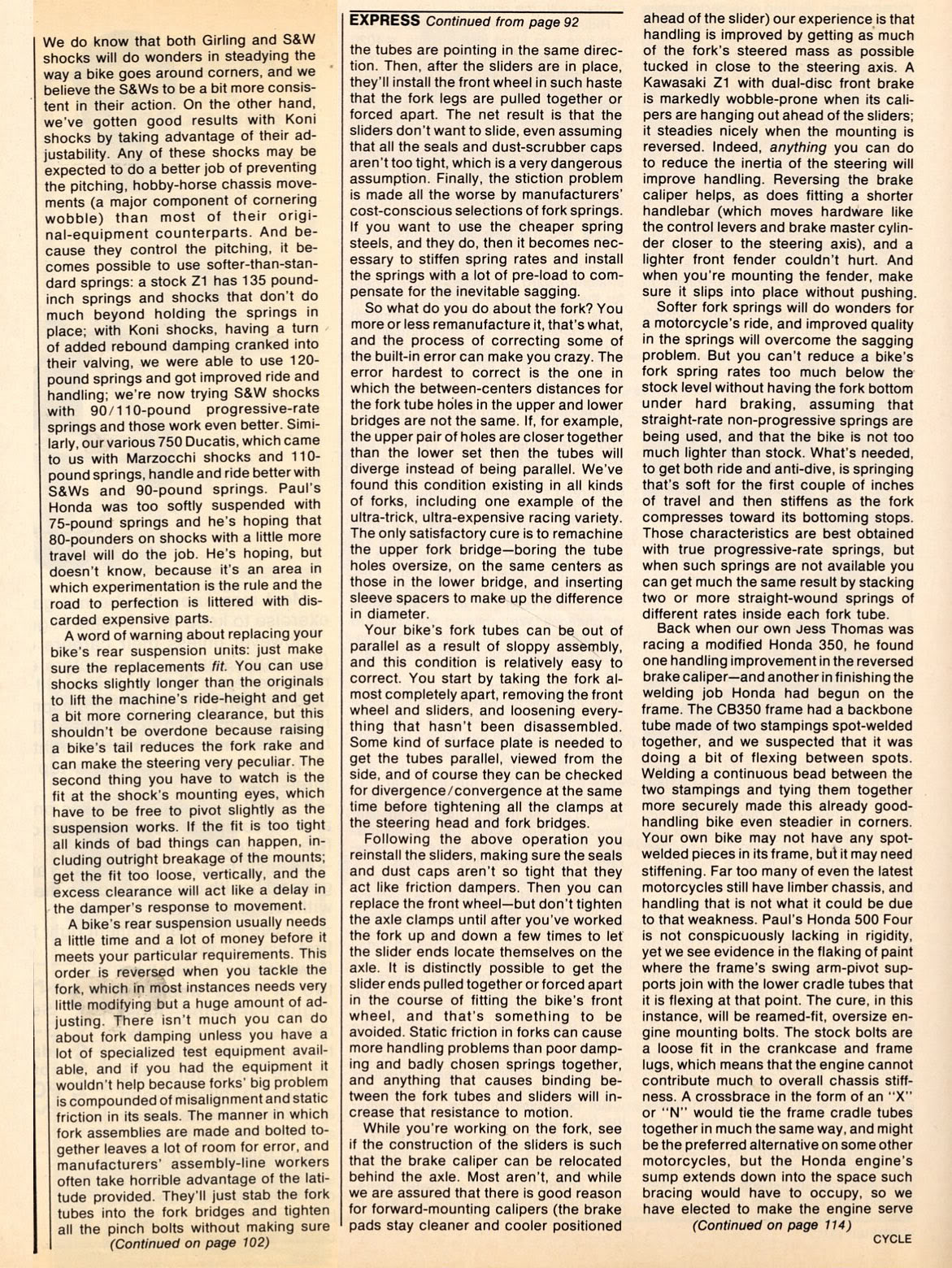 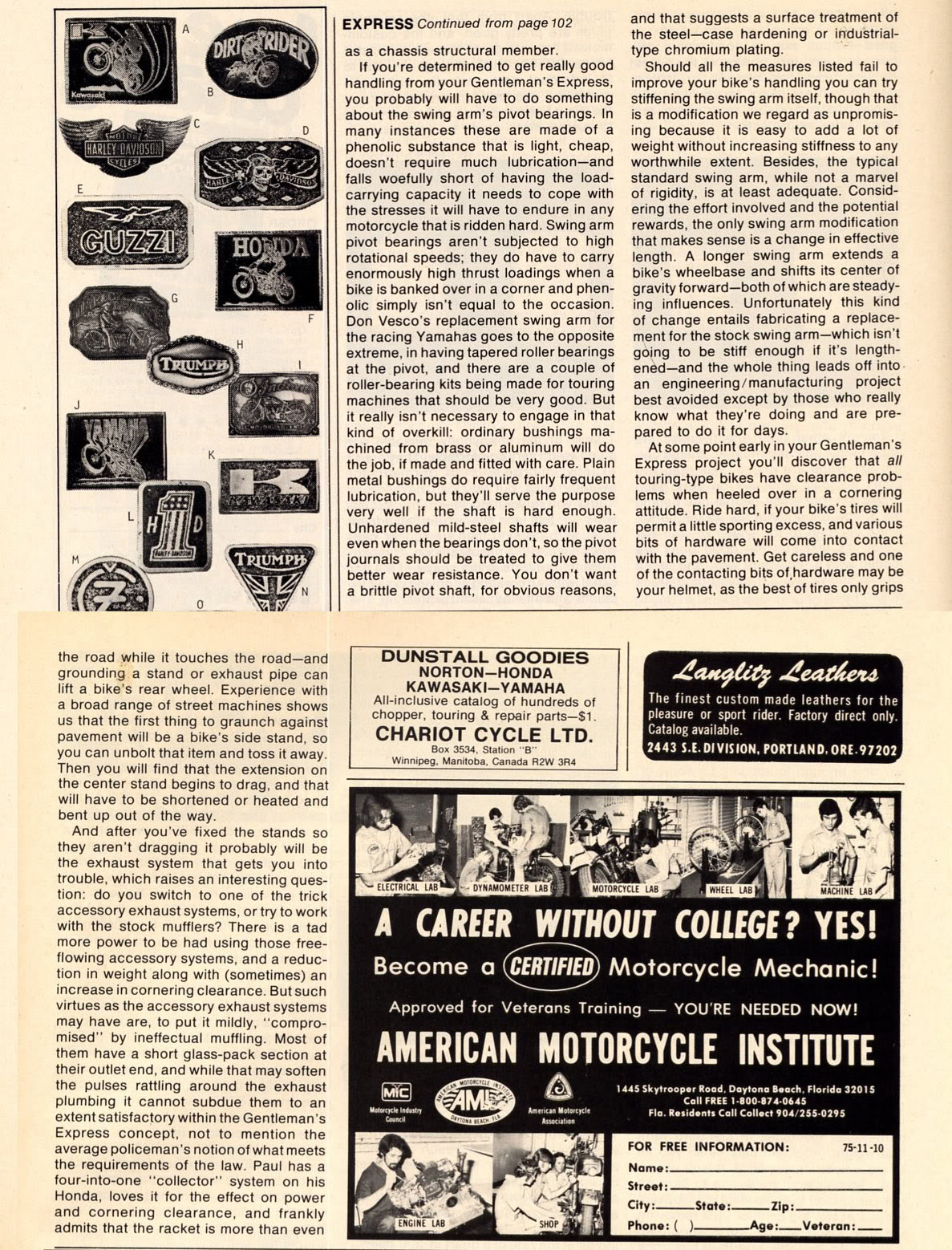 CB750 piston fitting to increase displacement to 593cc. This along with a different cam seems to really get a bunch more power out of the 550. I’ve got some plans for mine with these ideas and it’s gonna make it rip faster than Ed’s 650!! haha. 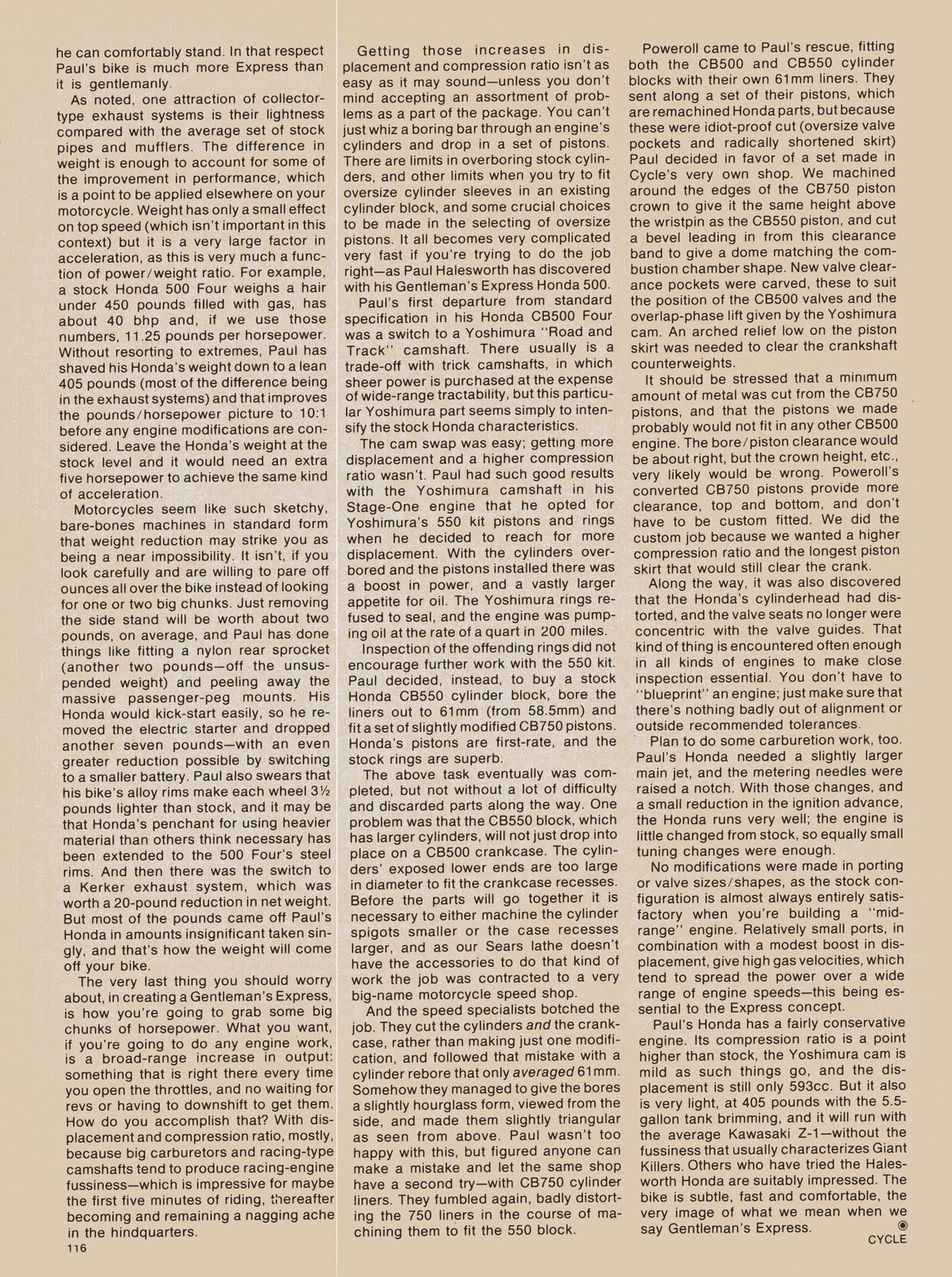 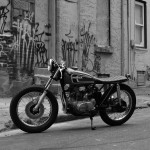 Well this build took longer than expected but I was still able to do it within budget. Unexpected delays were mainly due to spending time tracking down parts that were either missing from the start or to replace ones I had donated to fix Andrew’s cb360t. Overall, I’m pretty proud of how it turned out […]