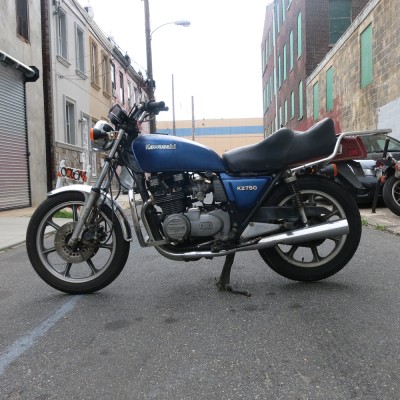 I’ve been into the KZ750’s for awhile now (old post sweating KZ’s) and I’ve been keeping an eye out for a deal. Well, this week this KZ popped up on craigslist and I went and bought it on Friday after work. The owner had moved to Florida and needed to sell it so was able to get it for $450 without a title. The owner had questionable Maine paperwork from 2010 but I think I’m just going to do the Vermont trick. Either way, the title work shouldn’t be an issue. 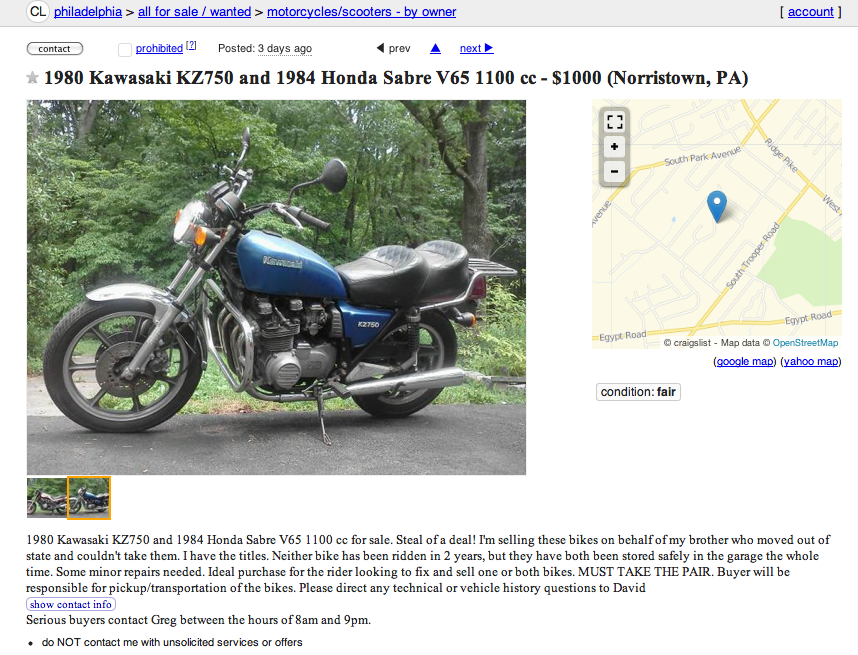 These KZ motors have some decent power, 74 hp stock. 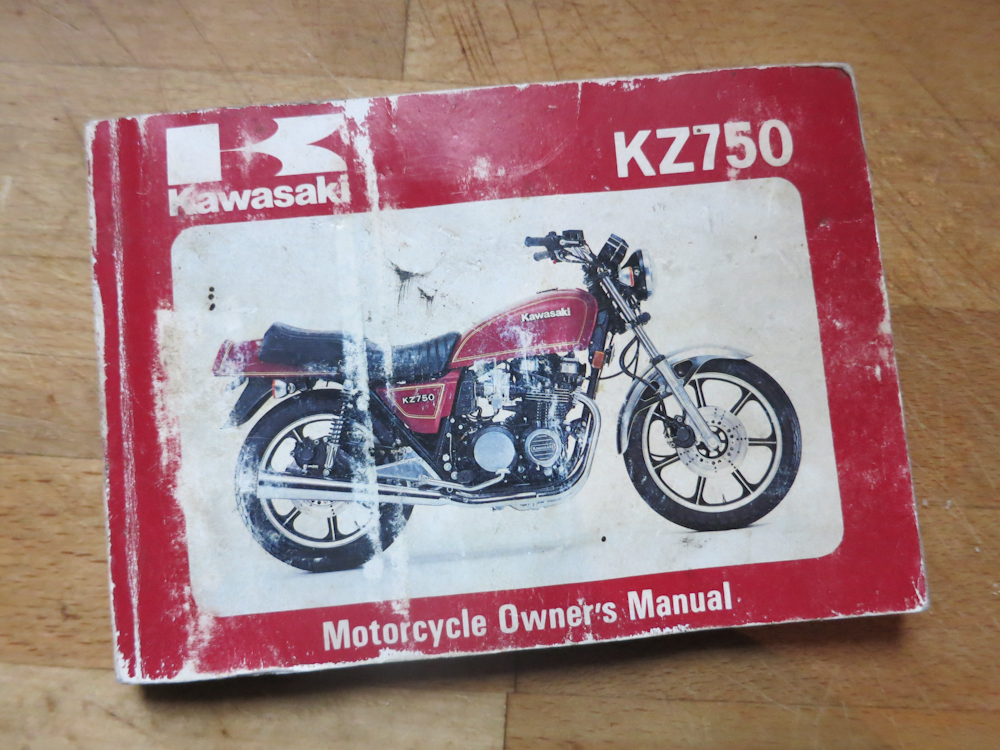 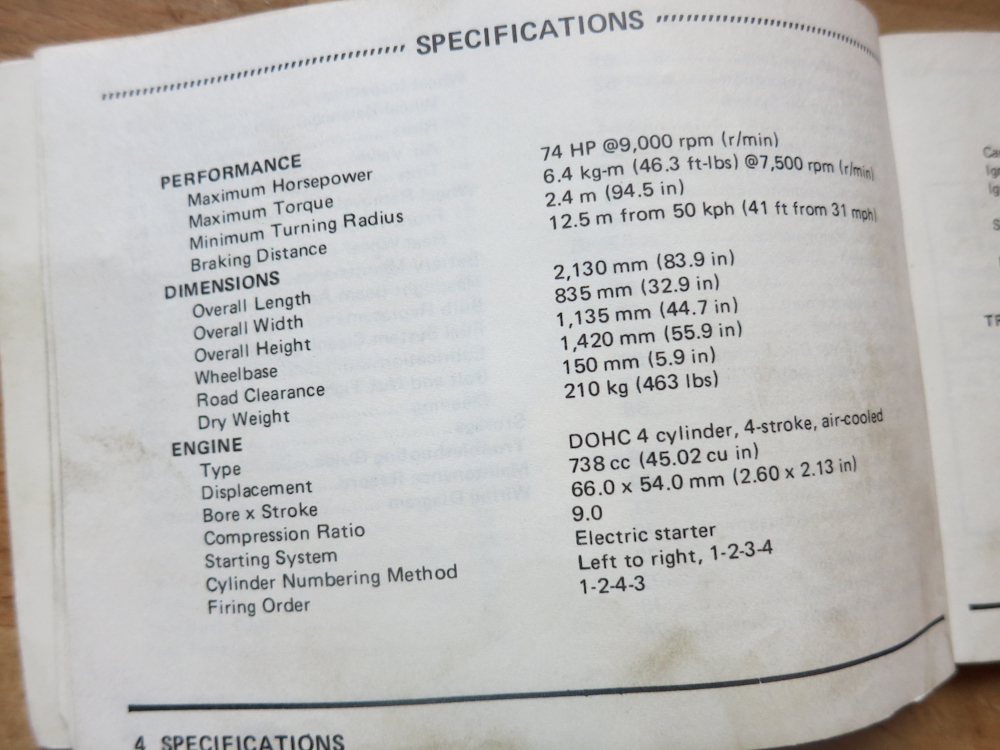 Things I hope to be able to do with it (biggest restriction will be $$$):
– Kerker exhaust
– Oil cooler
– Kickstarter
– Keihin CR carbs
– Progressive suspension front and back

I’m putting the bike away till winter to give myself time to get the title sorted and come up with a design for the bike. Either way, I’m excited to own it and make it into something unique this winter. Either way it’s gonna rip once it’s done. 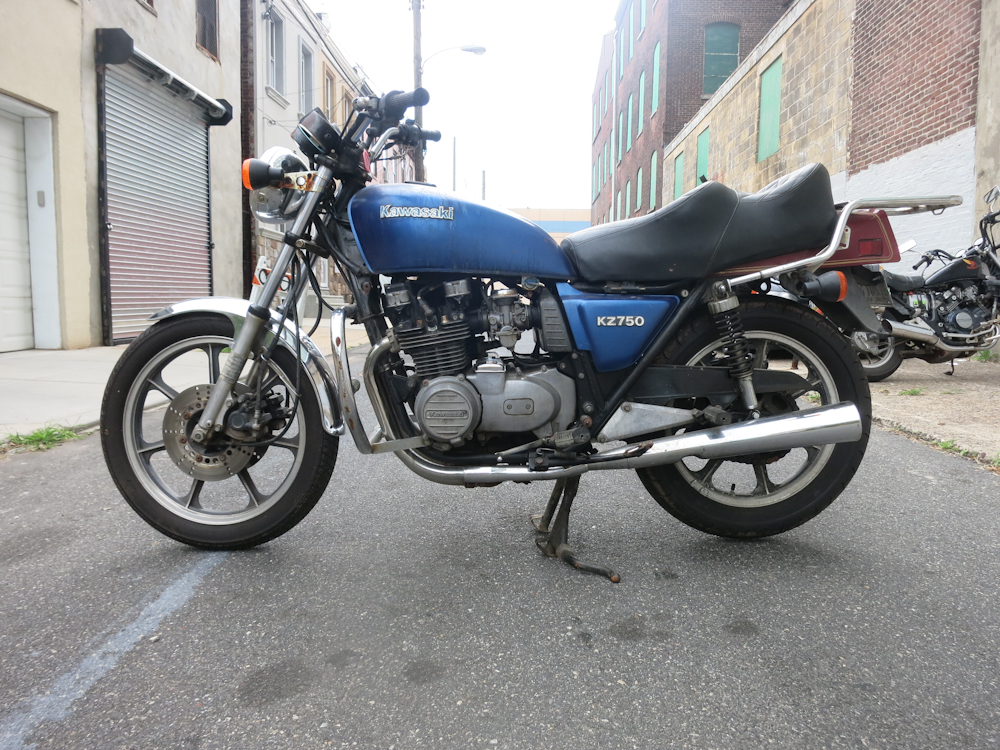 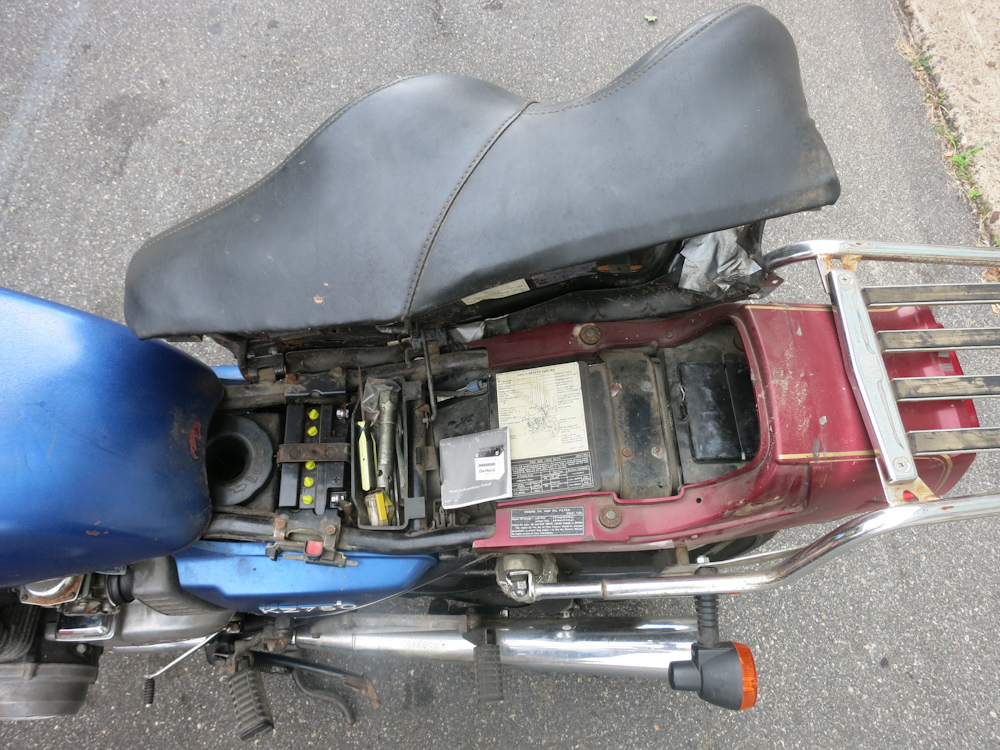 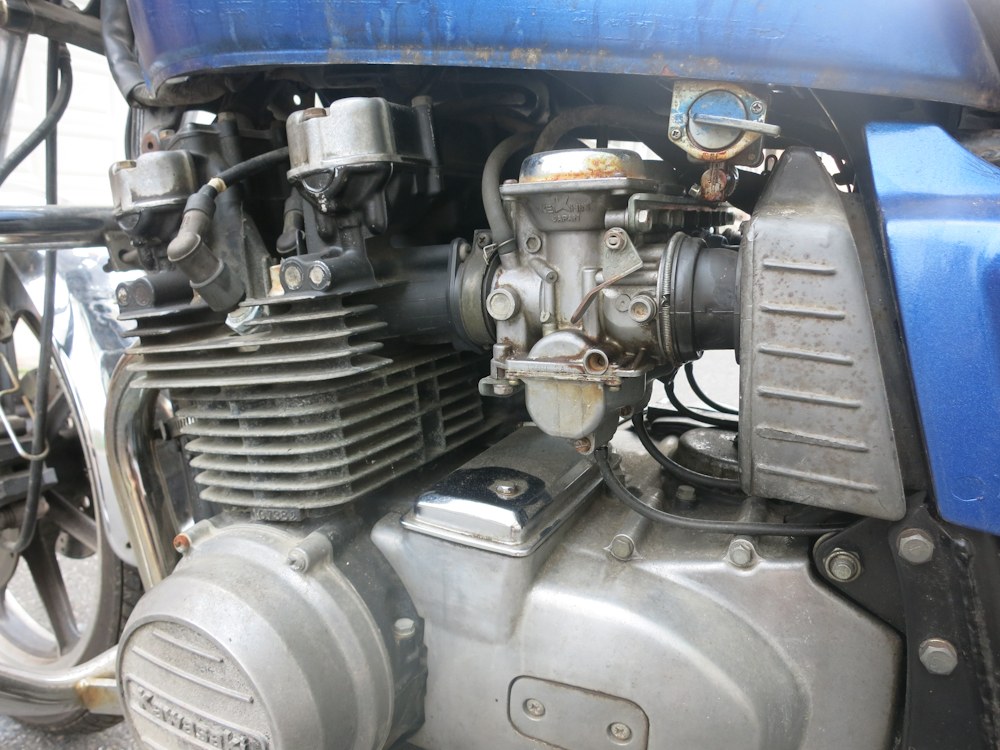 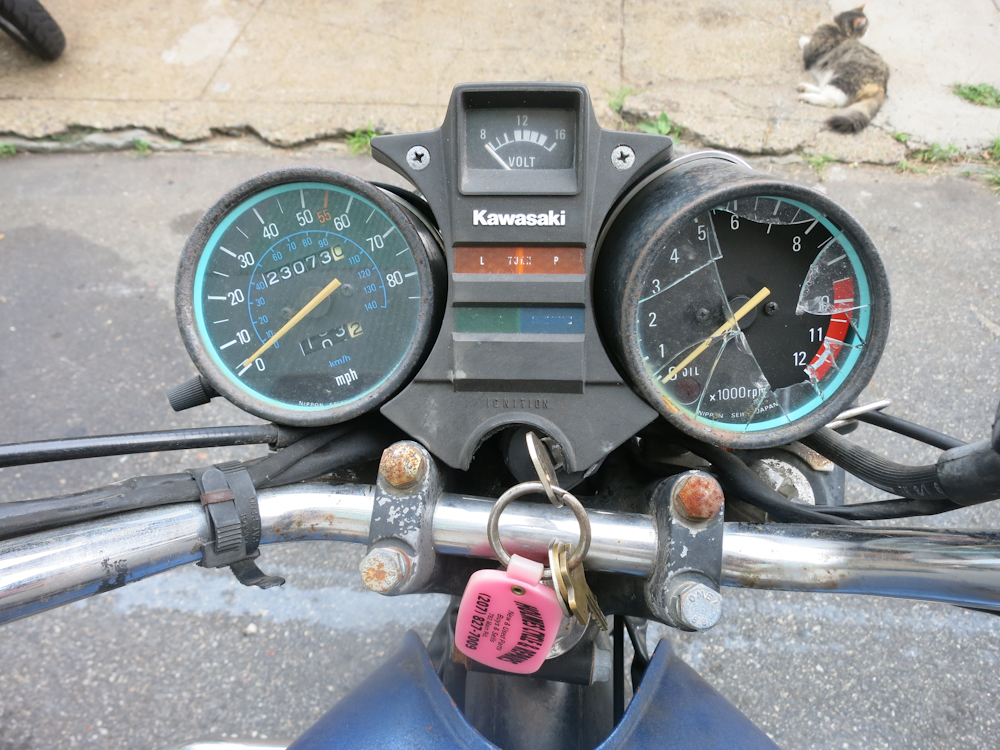 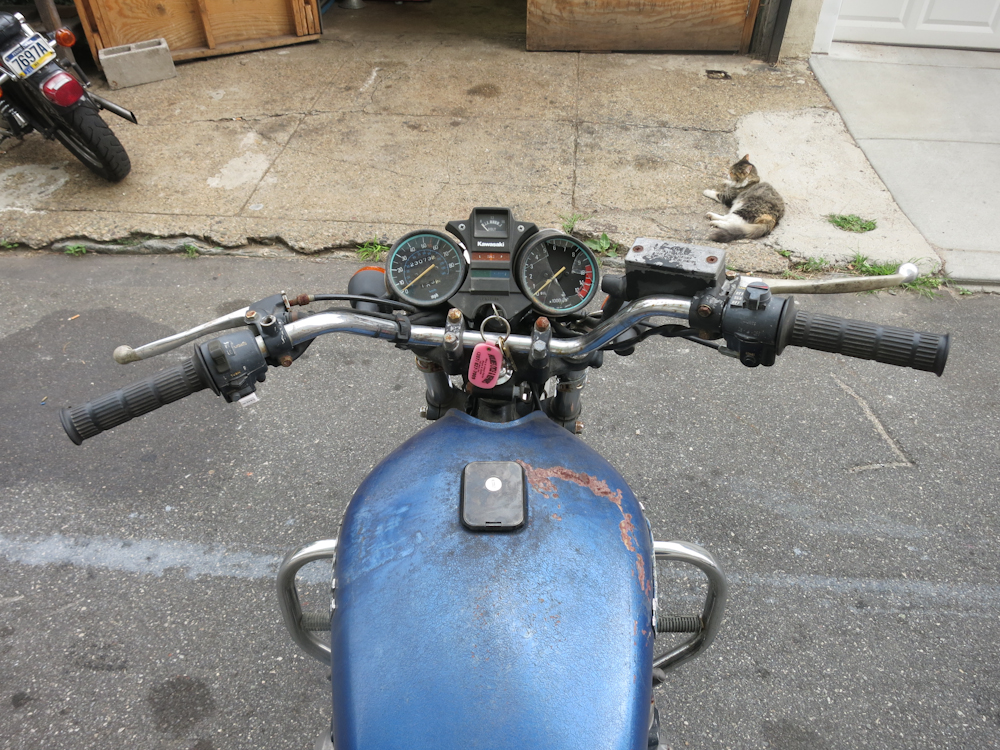 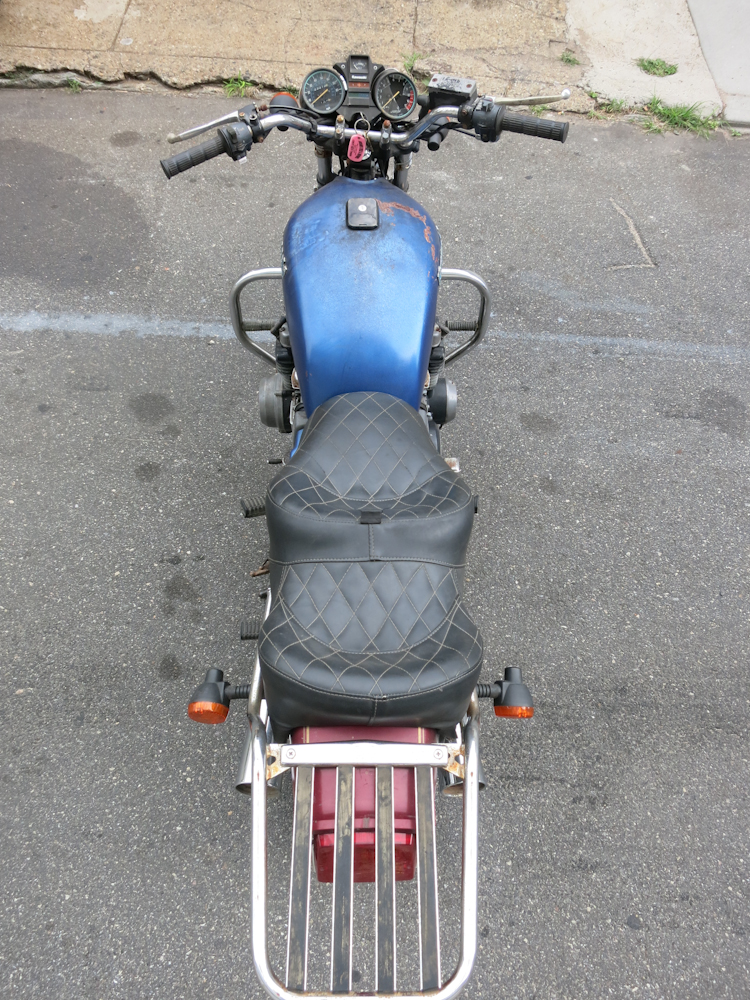 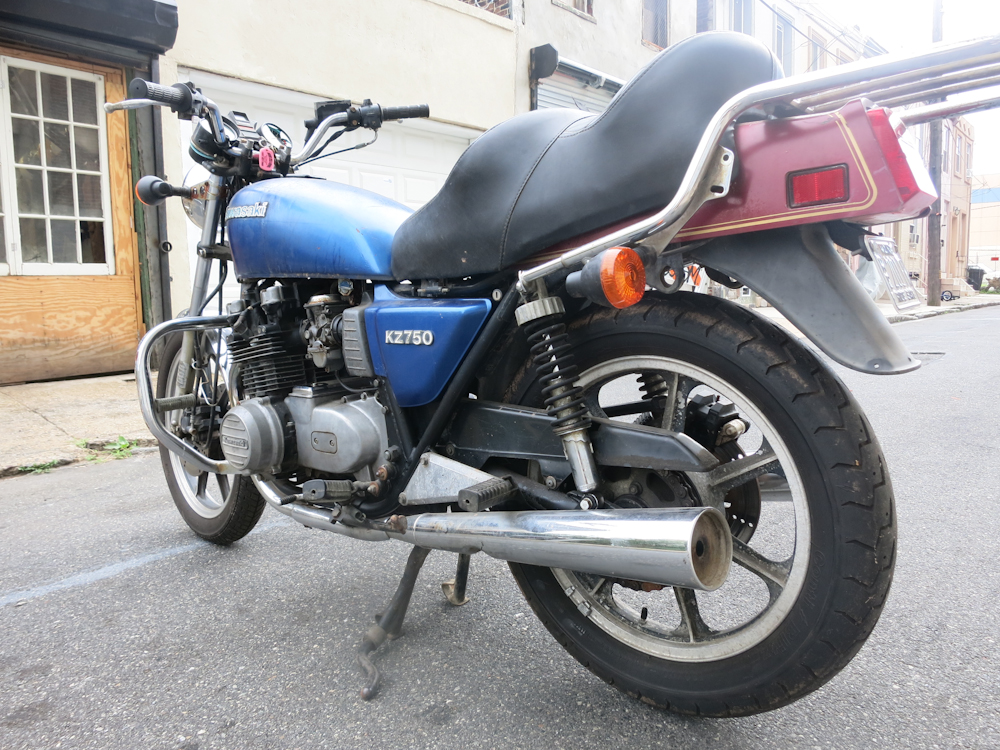 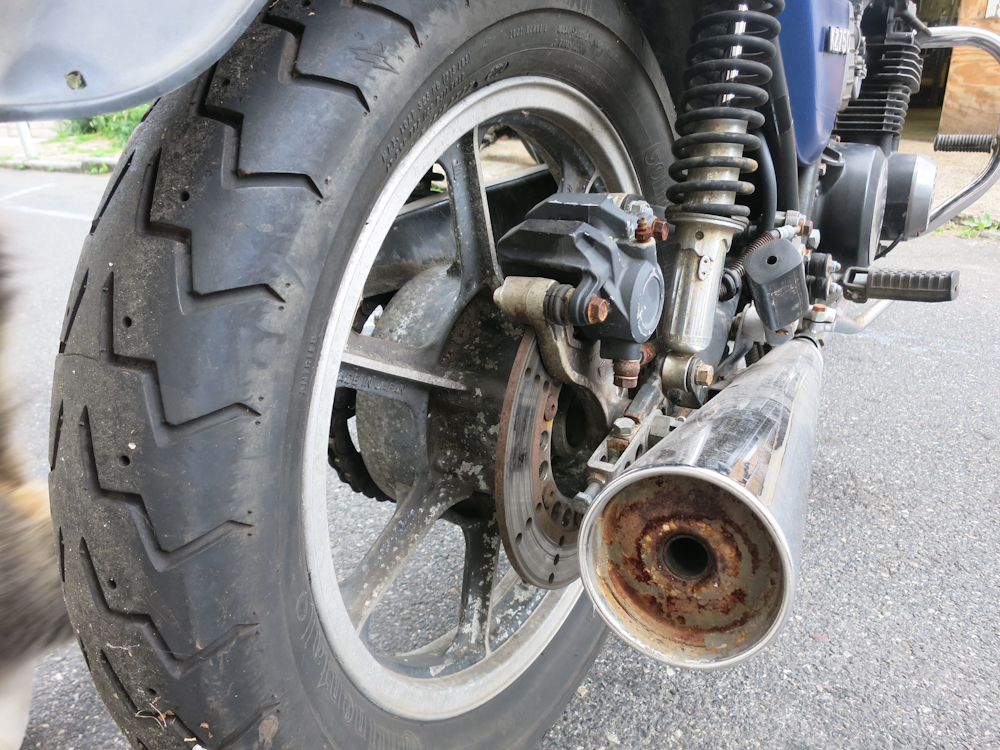 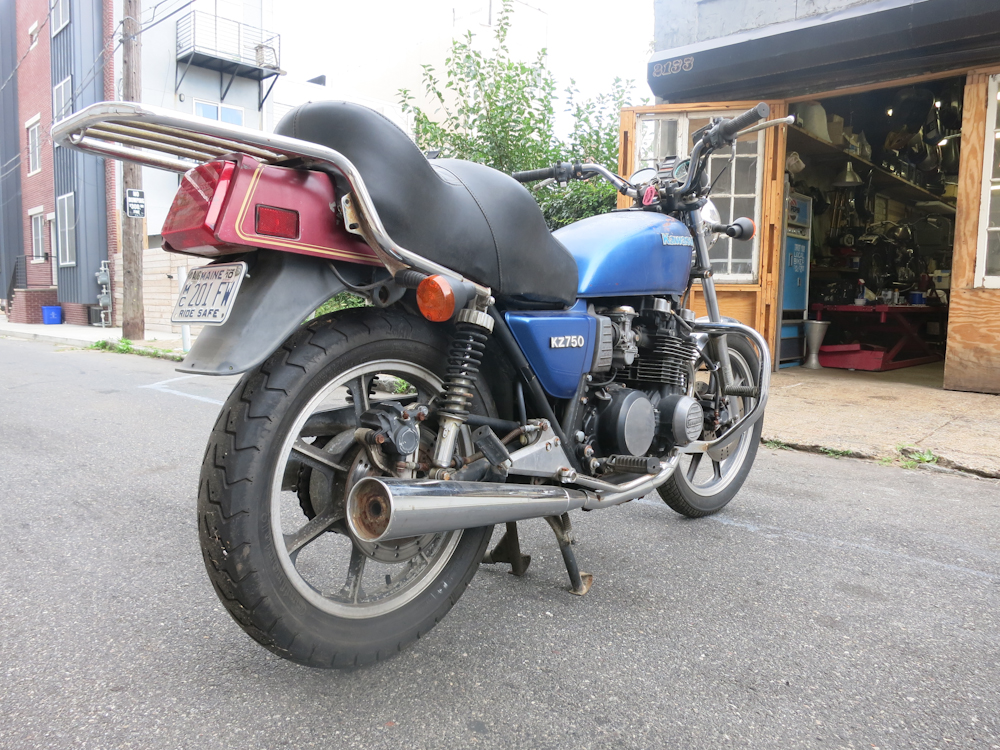 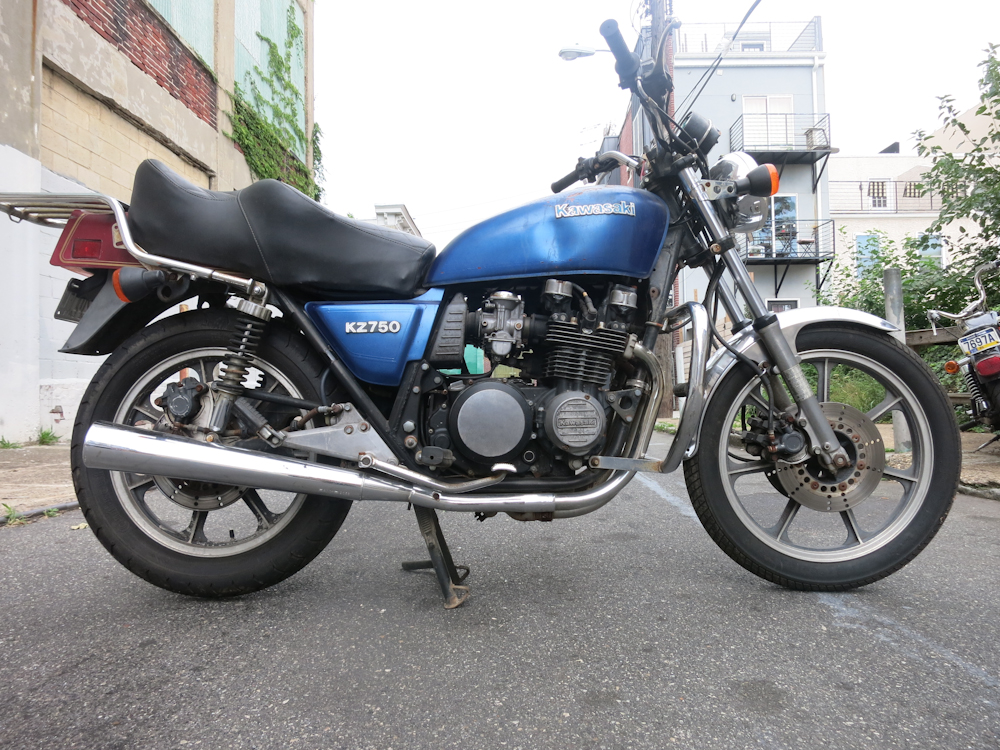 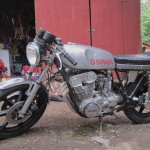