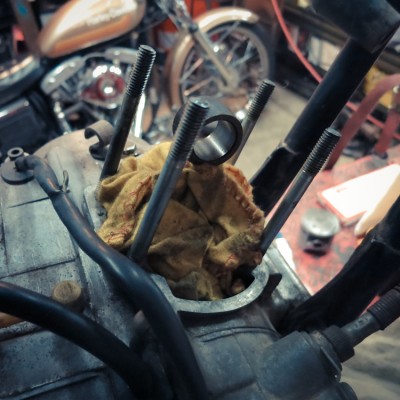 I got the top end back from Mar Automotive all nicely cleaned, honed, and painted for $50. I really recommend these guys. They open at 7:30am which makes it easy to drop/pickup parts before heading to work. I found an NOS piston and rings on Ebay for $130 which is expensive but it was the […] 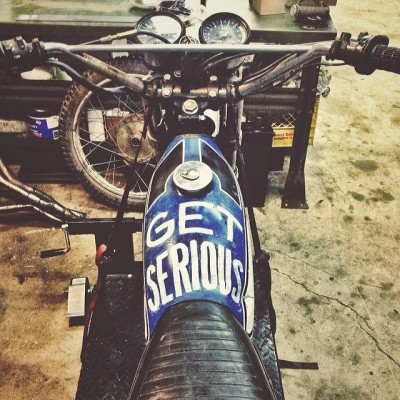 It has almost been a full year since I bought my 1975 DT175b for $500 not running but with a title and I got what I paid for… a shitty, beat enduro and I love it. Here’s the photos from when I first picked it up HERE. It took some work to get it back […] 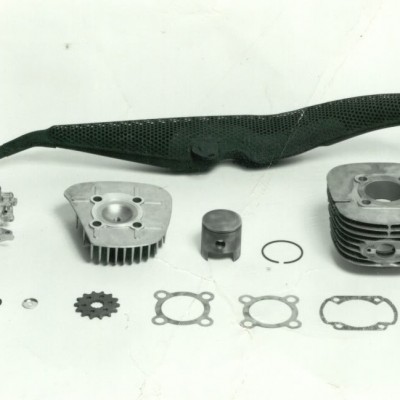 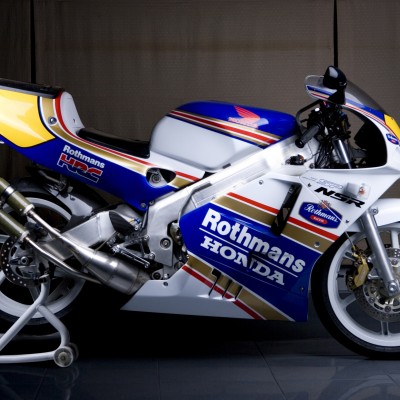 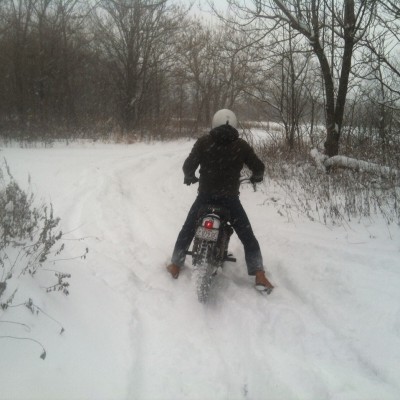 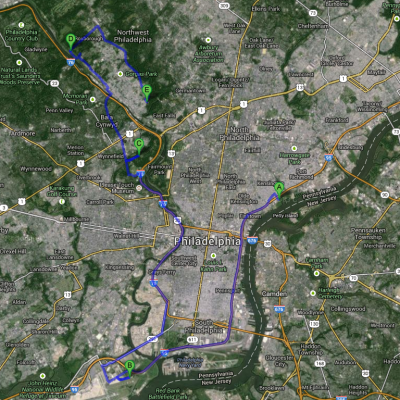 I’m looking for more spots to ride dirt bikes around Philly. Comment and let me know if you know of anything else that is in the city limits or super close by in PA… not NJ. Also, comment if you know anything more about those spots I mention as I don’t know too much about […] 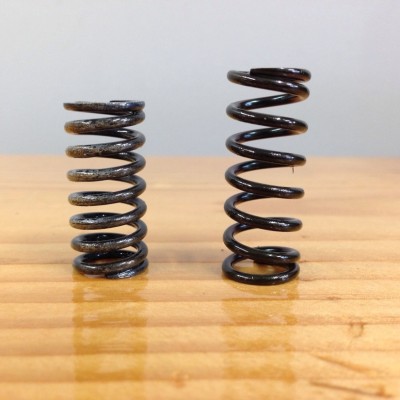 So… I’m really starting to rip into this jalopy. As I said earlier, the clutch slips like a mother fucker. It’s horrible. I really wanted to do Barnett springs and plates. I found the plates easily on eBay but I couldn’t find ct1 Barnett springs anywhere. On a whim I ordered dt175 springs since they […] 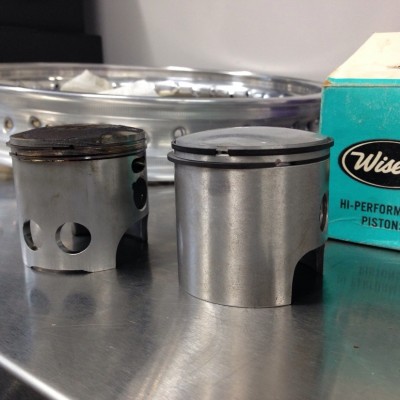 I’m slowly realizing I know jack shit about 2-stroke motors. I took my top end off. From what I can tell… Some dip shit before me put in a reed-valve piston into a piston-port engine. Let me back up a step if you know jack like me. Apparently in these old shitty jap 2-strokes, there […] 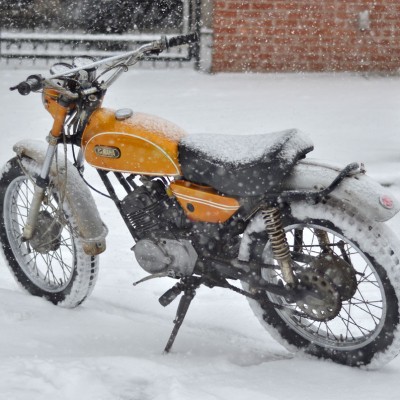 I bought an Enduro. $380 The good: It runs… kinda Cosmetically… it’s pretty nice… but just rough enough. The wheels are straight… kinda The seat is original and really nice. Inside of the tank is perfect. Carb is clean. Motor has 90psi compression. Probably do the Wiseco piston kit anyway since it’s like $40. The […] 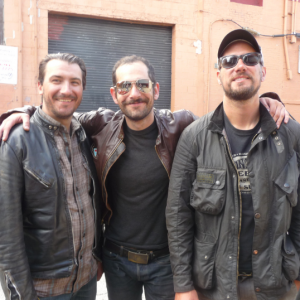 Trip was awesome. The 3 of us left Philly for 10 days and 1900 miles trip north toward Arcadia National Park. My Guzzi was hit last year and mothballed for 15 months. I gave myself a week to fix it before the trip. Brian blew-up his engine a month ago, and had to rebuild it […] 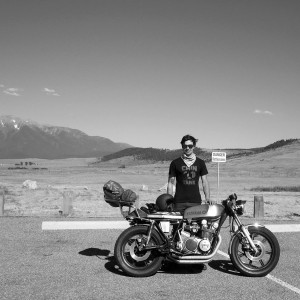 Our buddy Colin is still fine tuning his xs750 triple up in Montana. He sent over these couple photos. Pretty rad looking. 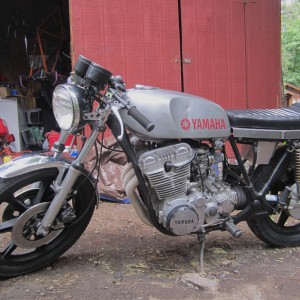 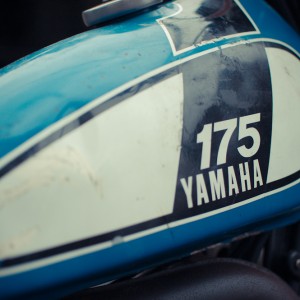 I recently picked up this DT175. I’ve been looking for an old 2-stroke Yamaha enduro for awhile and found this one for a good deal out in the Poconos. It was a shitty drive out of the city in rush hour traffic but it was well worth it. It’s a bit beat up but everything […] 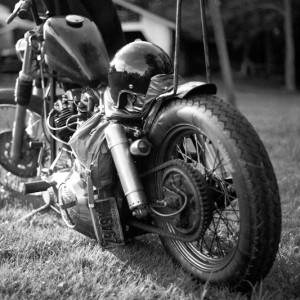 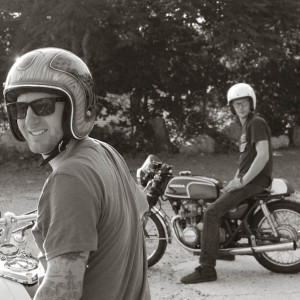 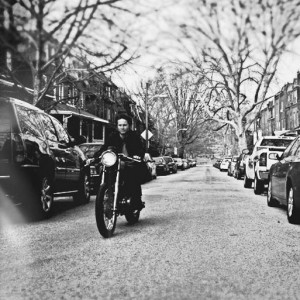 Cruisin on the Yamaha SR250

Finally dragged my 1982 Yamaha Sr250 down three flights of stairs and got to cruise around on it this week. Still needs some solid work before it’s completely reliable, but a fun little thumper for the city. Thanks to everyone who came over Sunday nights to work on this thing. Big thanks to Ricky and […] 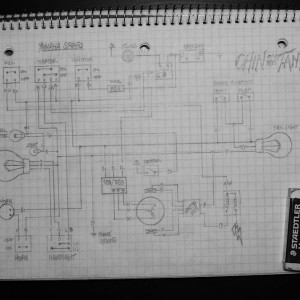 Last Sunday a few of us helped Mick sort out his SR’s wiring. The stock harness, in my opinion, is unnecessarily bulky with safety relays and switches. This inspired me to see if I could design something streamlined while still using the stock controls and dash gauge… this is what I came up with: I […] 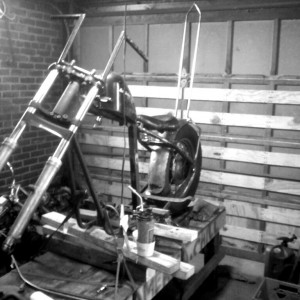 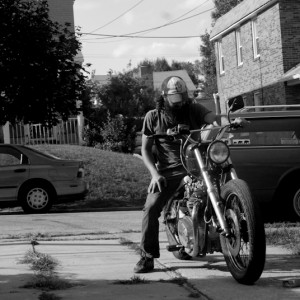 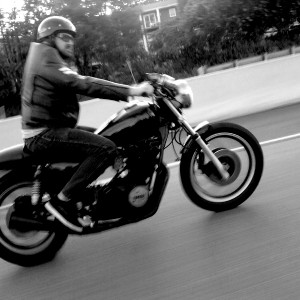 This is Dave kings Shaft driven 1978 Yamaha 750 triple XS. In between moving from Philly to the Lehigh Valley to be closer to his beloved trails, it took Dave about a year to get the bike to where it is now. It was pretty stock when he first bought it. On a side note […] 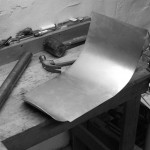 This is the beginning of my solo seat on my cb500t. I’m going for a super low, slim and minimal seat that fits with the curves of the tank. Cutting out paper templates to get certain measurements. Laid out the design on 16 gauge sheet metal. muscled some bends. Stance